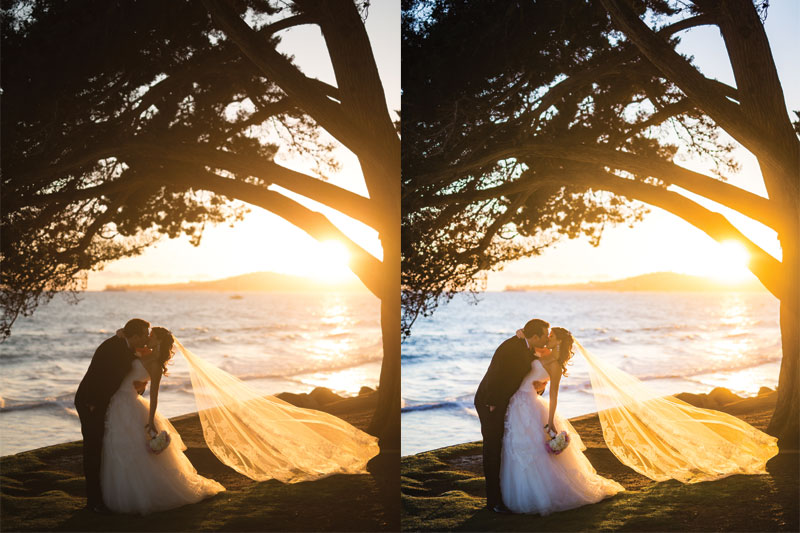 Single Shot HDR | Getting the Most Out Of Your Camera

Bracketed HDR images that require composites may be simpler now that Lightroom & Photoshop have become so intertwined, but what if you could achieve the same realistic quality of an HDR with just a one shot. From camera to post, see how you can achieve the look of an HDR with a single frame.

It’s all in the settings

Start off by setting your camera to your lowest native ISO, for some this can be 50 and for others 100 or 200, and by doing so you are preserving the most amount of detail possible which already sets you up for success for post-processing. Next, arrive at an exposure that doesn’t quite blow-out the major highlights in the frame, yet doesn’t quite clip the shadows either. In this couples portrait, you’ll see that we are still preserving just enough shadow in your faces to have enough wiggle room in post to make them recognizable. Remember that clipping shadows and then bringing up Exposure/Shadows/Blacks in post can lead to heavy noise. We are able to use a shutter speed of 1/2000th of a second due to the shallow depth of field we were after for which we shot at f/1.4 – using manual focus to make sure our subjects are tack sharp.

Highlights & Clipping – Where to Set the Bar

By pressing J, Lightroom reveals the highlighted and clipped areas of the image, showing what areas (if any) are either blown out of the scene, or underexposed. This is the perfect starting point to determine how far you can push your image without completely flooding the scene with light or completely clipping the shadows. 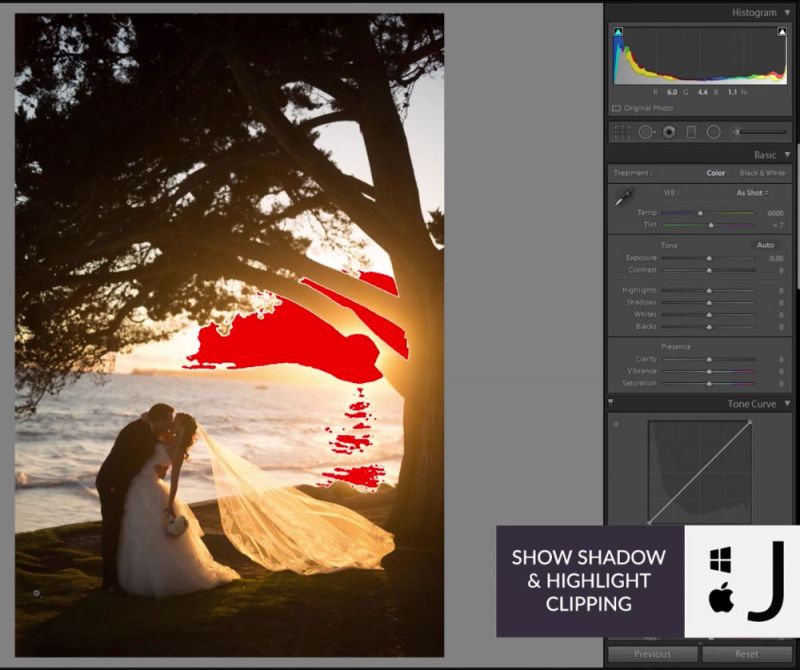 In this image, our sun flare is dominant and intentionally included as it peeks through the trees. With the highlighted areas shown, a reduction in Highlights and Whites allows us to get to a moderate compromise without dulling out the brightness of the image overall.

Bring up the Shadows & Blacks in the image to reveal any areas that were clipped, and to revive color back into portions of the image that were underexposed. This entire process is sort of equivalent to taking a triple bracketed HDR and compositing the images together, but without all of the hassle involved.

Add Contrast back in the Tone Curve 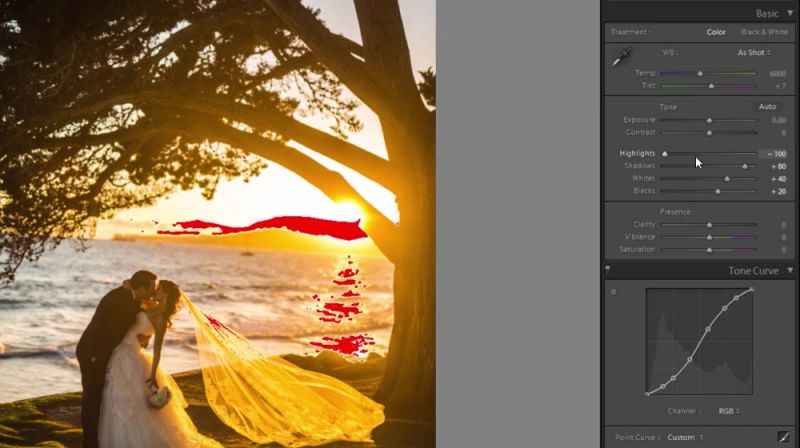 Create a simple S Tone-Curve that adds depth to the Shadows and brings the brightness back into the image with Highlights.

[Recommended Reading: Highlights vs. Whites | What’s The Difference & When To Use Which?]

Vivid color is often lost after the reduction of Shadows and Contrast but can always be salvaged through targeting in the HSL Panel. The Vibrance & Saturation sliders in Lightroom work similarly to the Contrast slider in that they are global adjustments that affect the image as a whole and can take the colors in the image a bit too far. For example, a mild increase in Saturation in the Basic Panel would cause heavy bleeding of orange around the tree, and although we want to see the green in the grass and the blue hues in the ocean, compromising our golden sun isn’t the best way to do so. 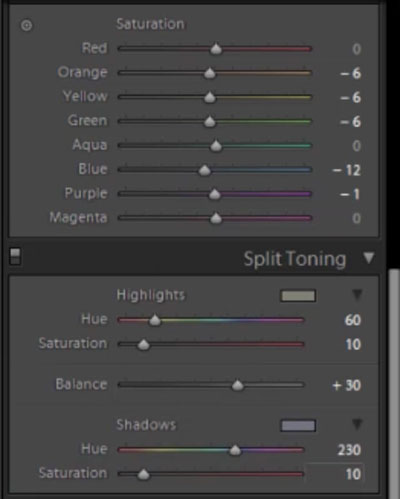 You can see here that we actually reduced a lot of the saturation behind both the warmer and cooler tones of the image. After all, this isn’t a composited HDR and the preservation of true colors is the goal. However, with a single shot we were only able to push just enough to make the colors in the photo realistic. 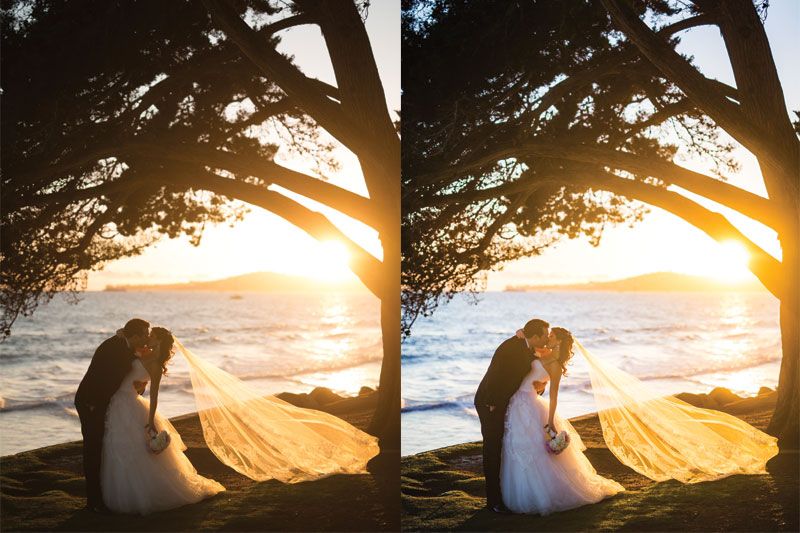 The SLR Lounge Preset System contains an HDR Natural Preset that was developed specifically for occasions like this, pushing the RAW capabilities of your camera to new boundaries and allowing for the necessary amount of realism to replicate an HDR image in a single shot.

For more Lightroom techniques check out our Advanced Lightroom Processing Workshop or sign up SLRL Premium to speed up your editing workflow and take your images from ordinary to extraordinary.