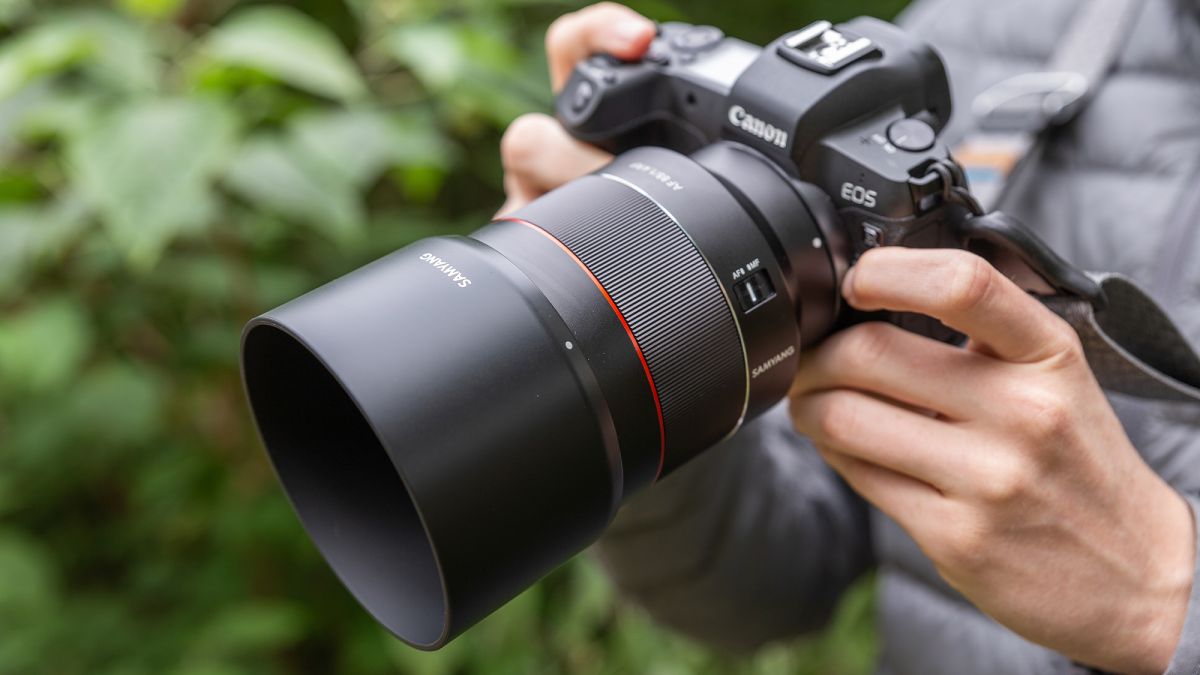 The 85mm focal length is what most would likely be considered the portrait photographer’s lens of choice, as this lens combines both incredible image quality, artistic blur, and very little distortion. The minimum focusing distance for this objective is approximately 33.59inches or 85.34 cm from the intended focal point. This means that the photographer will have to stand further back than when using another focal length such as the 35mm. The depth of field has the potential for that bokeh and creamy background that many photographers desire for natural headshots. 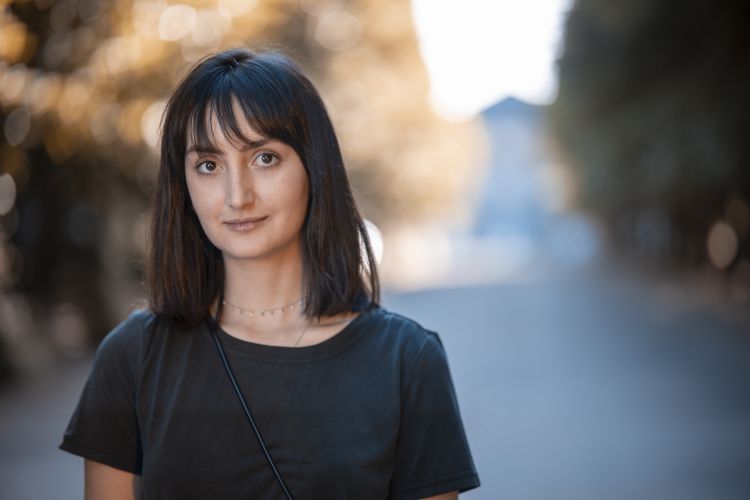 Who Is This Lens For?

The 85mm focal length is often a must to have for photographers who have the room to work with it, and who don’t want to be super close to their subjects while shooting. For portrait lovers, the little distortion gives a slimming appearance to the subject. As an addition, the compression provided by the 85mm focal length, combined with the depth of field of fast f1.4, (or sometimes the f1.2), 85mm lenses produced a much lusted-after creamiest of creamy bokeh renditions.

In other fields of photography, such as sports, an 85mm is a great intermediate length that can get the user closer to the action on the sideline without limiting the ability to shoot the rest of the field. As well, compared to other telephoto lenses that are popular, like 135mm or 200mm, an 85mm lens is a much less expensive, much more compact, and portable option. 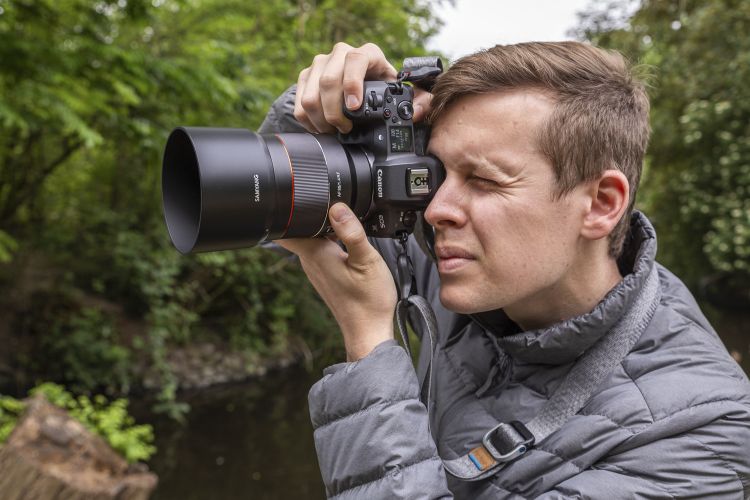 There are many options for 85mm lenses to consider in the market, and third-party lenses are getting very popular among photographers as they are capable to deliver great results with more affordable prices. Korean lens manufacturer, Samyang, is best known for its range of manual-focus lenses. However, since a few years ago, the company’s attention has been diverted towards expanding its line-up of high-quality autofocus lenses.

Samyang´s 85mm is the first from a third-party company that brings a lens of this focal length for the new RF mount from Canon, based on their long-based experience manufacturing similar objectives for other brands. The cost is also less than Canon´s current EF version which has a price listed at $1,599.00.

The company is clearly thinking ahead on the new EOS R system, a promise that will be the point of the spear for the years to come for this brand. With all the mirrorless cameras launched from Canon, Samyang looks forward to keeping developing quality objectives for this mount.

As Samyang specifies “Samyang’s RF series is known for its outstanding image quality, since the AF 14mm F2.8 RF was awarded the prestigious TIPA award in 2020 as ‘best mirrorless prime wide-angle lens.’ The new AF 85mm RF also makes no compromise in image quality: A total of 11 elements in 8 groups, with 4 high-refractive (HR) optics and an extra low-dispersion (ED) lens, have been designed to create impressive image quality from corner to corner.” 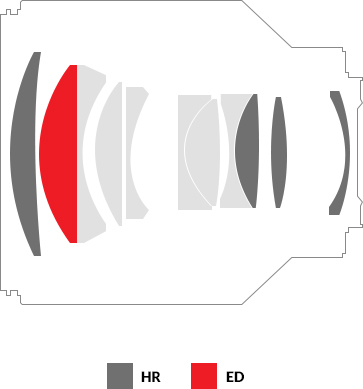 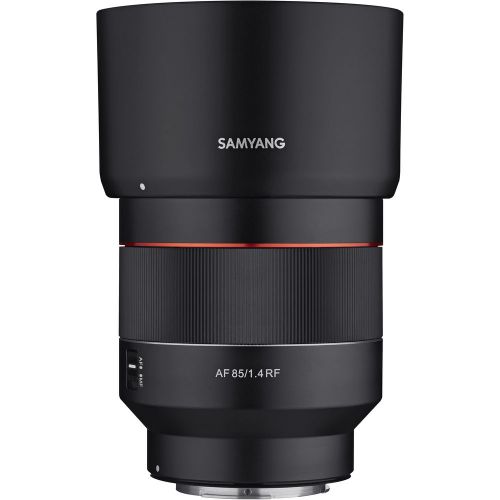 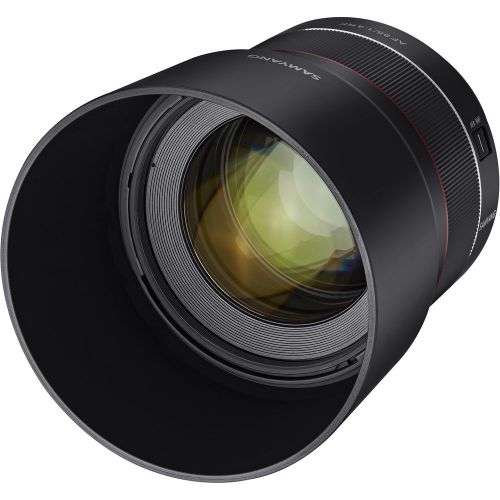 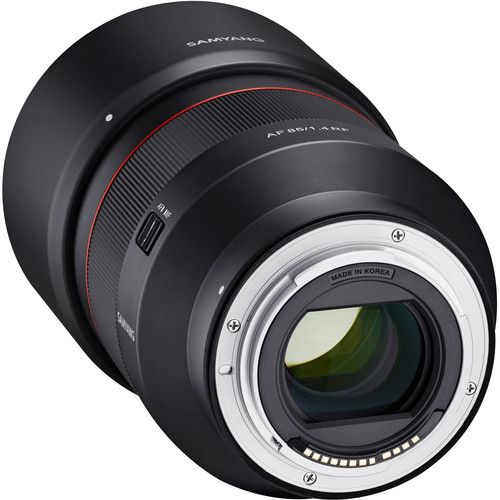 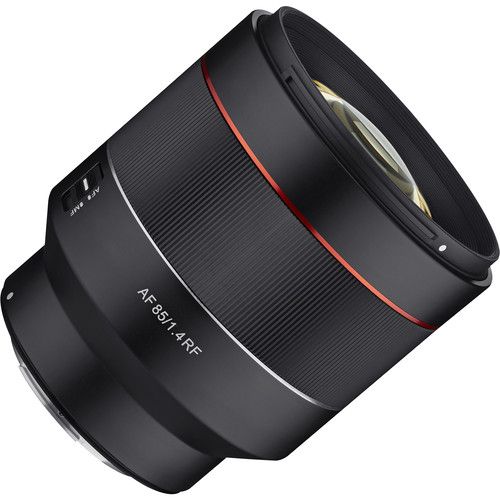 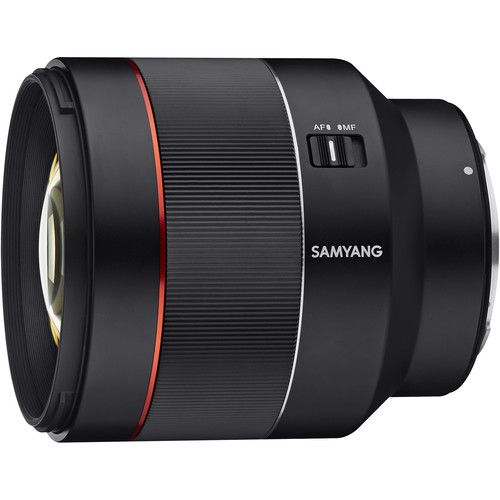 Typical of Samyang’s autofocus and manual-focus lenses, this version has a high standard of build quality. The metal mounting plate and up-market plastic barrel feel solid and well-engineered, complete with weather-seals. Inside, the optical path is based on nine elements in seven groups and includes a hybrid aspherical element. “Ultra Multi-Coating” is also applied to keep ghosting and flare to a minimum.

Easily manageable, the Samyang is only a fraction of the weight of the latest Canon 85mm and as mentioned before, it is the first option from a third-company manufacturer and therefore, the first point of comparison.

It is worth to mention, that the RF version is bigger and heavier than the EF version. Something completely normal to adapt lenses to the 54mm RF mount. The RF mount’s large diameter allows wider lens elements to be placed closer to the sensor, reducing the need to bend the light rays as smaller-diameter lens mounts do. This minimizes chromatic aberrations and facilitates more effective lens arrangements. 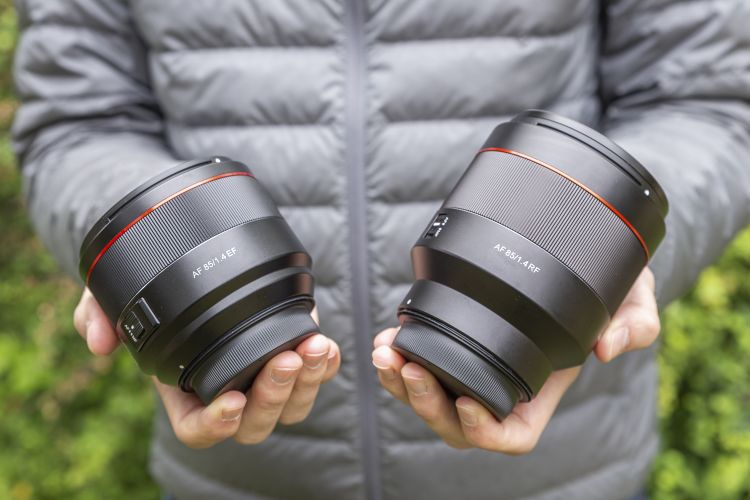 Onboard controls boil down to a single autofocus/manual focus switch and a manual focus ring. The autofocus system itself is based on a Dual LSM (Linear Supersonic Motor), which is fast and virtually silent in operation. However, unlike with an ultrasonic ring-type arrangement, the manual focus ring has an electronic rather than mechanical coupling. The upshot is that the focus ring only works when power is supplied from the camera, for example, after a light press of the shutter button.

Just as it´s EF counterpart, the RF lens is quick to autofocus with very good accuracy, even under dull, indoor lighting conditions. The fly-by-wire manual focus ring enables very fine and precise adjustments, especially when using a magnified preview in live view mode. Center-sharpness isn’t overly impressive at f/1.4 but it is quite improved at f/2 and excellent from f/2.8 onwards. Lateral chromatic aberration is reasonably well controlled at f/1.4 but can be rather noticeable at narrower apertures.

Contrast is impressive even when shooting wide-open at f/1.4 and center-sharpness is pretty acceptable, although it drops off more than usual towards the edges. That’s no real problem for portraiture, and the noticeable vignetting can also be seen as a bonus and avoid this step-in post-production. When stopping down a little to gain a bit more depth of field, bokeh remains great, aided by a well-rounded nine-blade diaphragm. 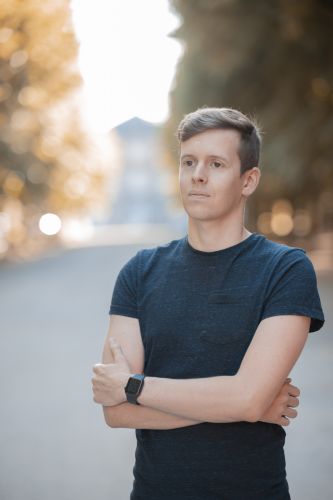 Samyang is still relatively new to the autofocus aspect of lens design, and that has been largely their Achilles heel to this point, especially considering that its lineup includes only two EF/RF AF lenses and there is still a long way to catch up with other manufacturers for these mounts.

However, the company has 40 years of experience manufacturing great quality glasses and corrections have been notorious in their firmware files that they very often update. As an example, Samyang has begun to implement dual Linear Sonic Motors into its design, which results in dramatically quieter and more refined autofocus.  There is a little sound associated with AF-S performance, and if you want the fastest speed for stills, that is the way to go.  There is a split-second pause where momentum spools up and then focus happens very quickly. Overall focus speed in AF mode is actually pretty fast. Its focus speed is about on par with many of the 85 mm lenses that are out there in the market.

What is outstanding is Eye AF. Samyang got a boost in that the release of the AF 85mm coincided with one of the most important highlights for the new Canon´s cameras. Samyang brought improved focus algorithms along with enhanced tracking in the form of Real-Time Eye AF and Real-Tracking, which makes it a perfect choice for portraitures. 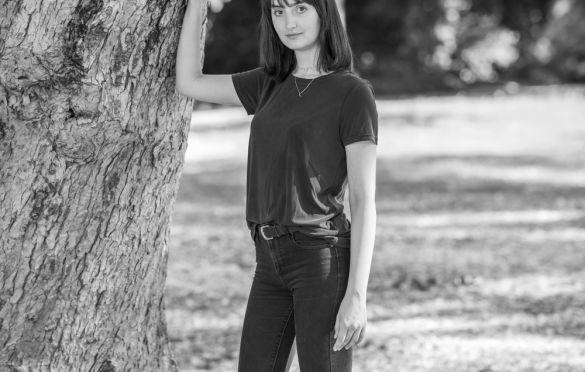 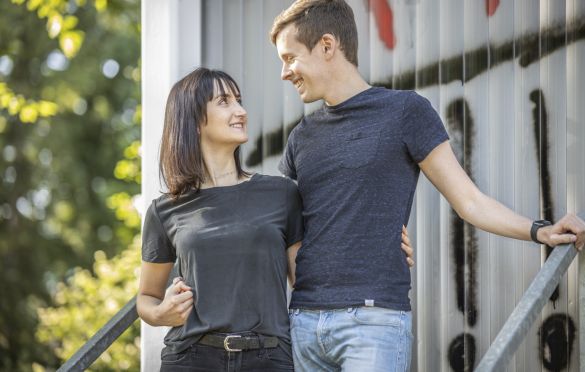 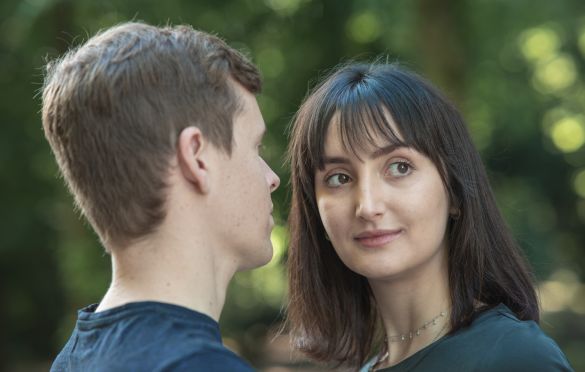 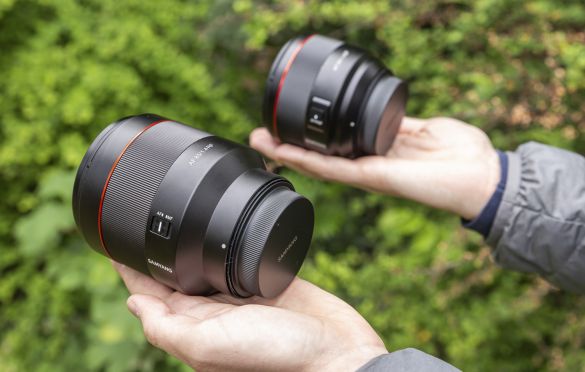 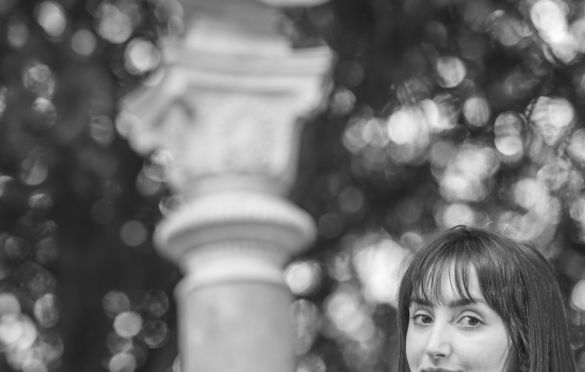 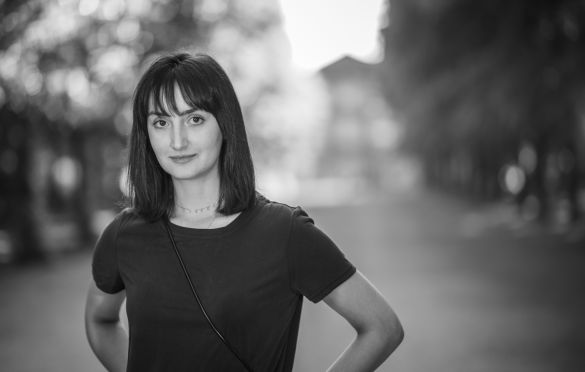 What Could Be Better

The release of the Samyang AF 85mm / 1.4 RF is a pleasant surprise for Canon shooters. Especially for those ones who already moved to the mirrorless system or to those ones who are still considering and waiting for the new cameras or lenses to be introduced.

Many beginning photographers cannot justify the lofty price tag of a lot of the other “brand name” options available. Some don’t want to contend with its size and weight either. Therefore, this new option from Samyang gets very attractive as it is smaller, lighter, and more affordable. The length is less than 10cm and it weighs 582g without lens cap and hood.

It is sharp enough to capture the finer points of portraiture while delivering a soft and creamy bokeh with a smooth transition between focused and defocused areas. The Samyang 85mm finds a nice balance with price and quality build, rendering a good autofocus performance, and image quality that is, essentially, near perfect for portrait work.

In combination with the Samyang AF 85mm / 1.4 RF, I did this shooting with the Godox AD200 Pro, the new AD300 Pro, Magbox, and other MagMod´s tools, a set-up that I recommend personally without hesitation for portrait photography.