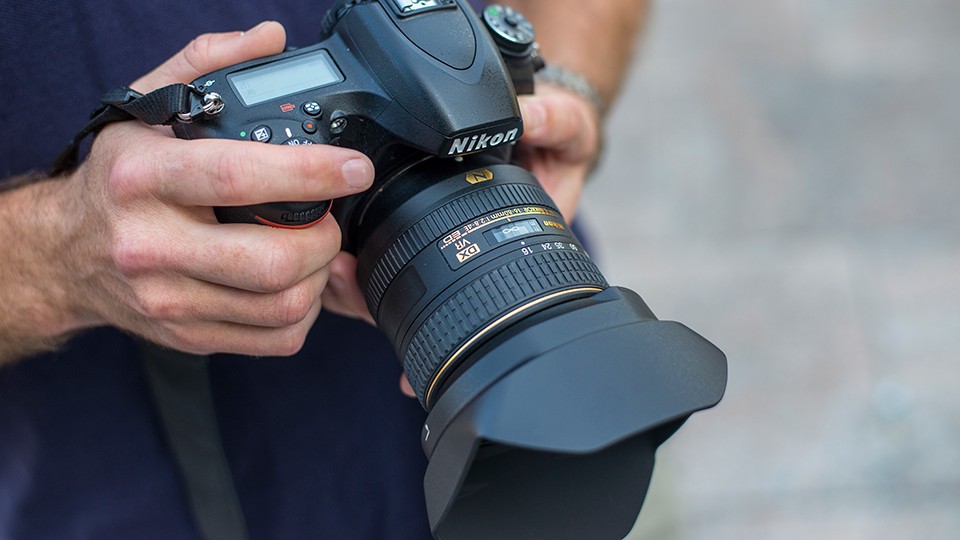 The Nikon 16-80mm f/2.8-4.0 E VR DX is the first modern “kit” lens to hit f/2.8, if I am not mistaken. While being a crop-sensor lens and a variable aperture lens might mean it gets overlooked by some of our readers, others (myself included) may still be interested in a pro-grade lens that offers flagship quality results in a super-compact package.

Announced about 1 year ago, I have been waiting to get my hands on the Nikon 16-80mm f/2.8-4.0 E VR DX ever since the day it hit shelves. In fact it seemed like such a promising lens for even my professional interests, it almost hinted that Nikon was cooking up a D500, the long-awaited professional DX body update.

Well, my prayers were answered recently, and I was able to review the Nikon 16-80mm f/2.8-4.0 E VR DX on the Nikon D500. While my full review of the D500 (focusing on both weddings and landscape photography) is still forthcoming, I thought I would present this brief review of the 16-80 DX for your reading pleasure. 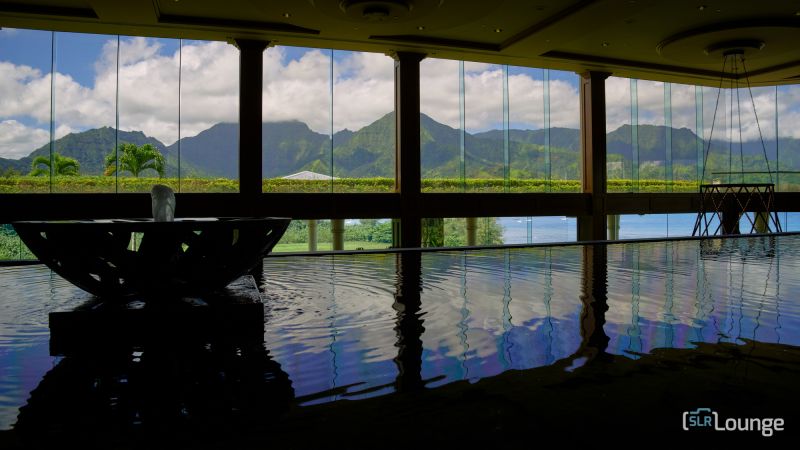 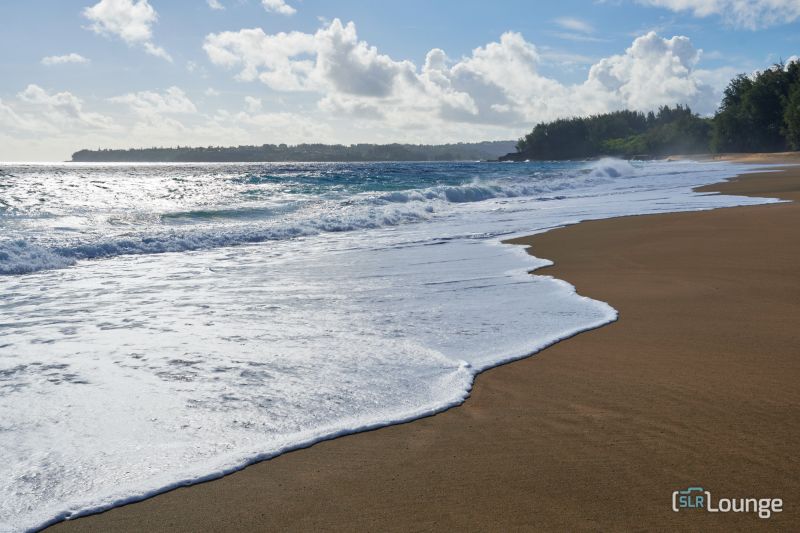 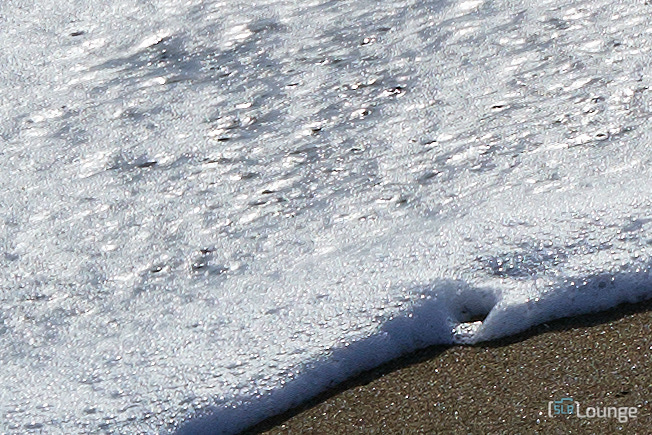 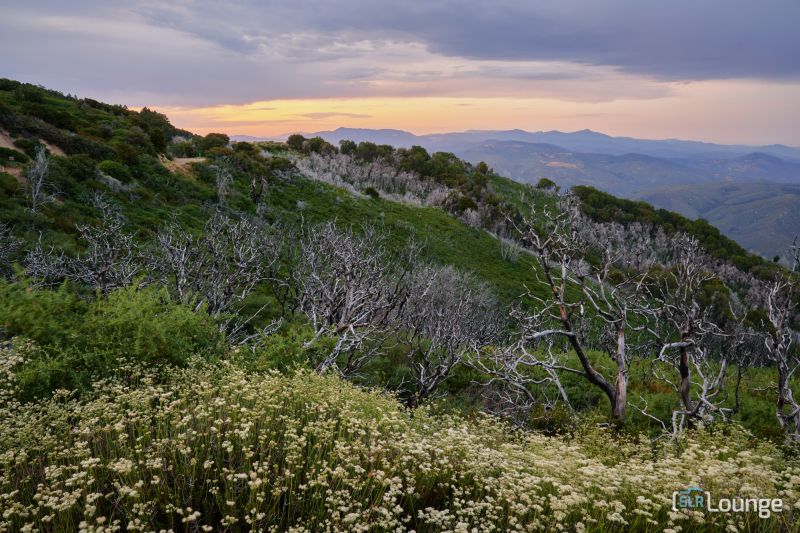 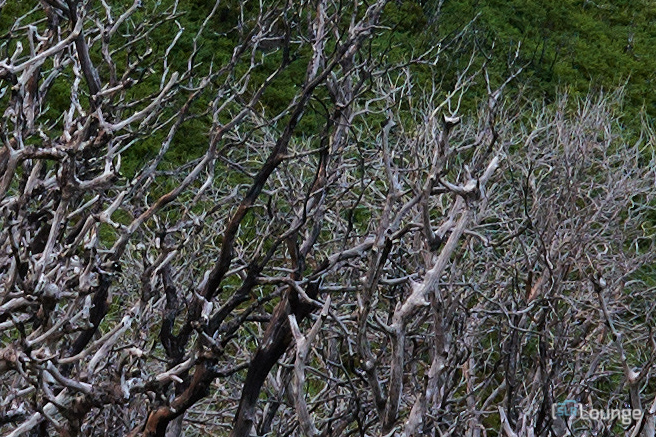 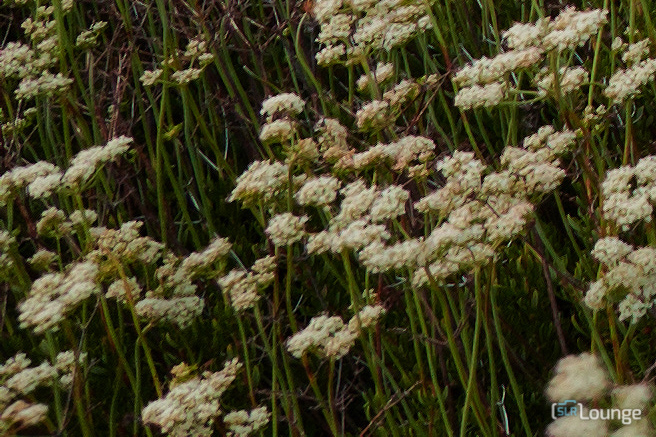 Are images vibrant, contrasty, and all-around awesome? Yes, very. Vignetting isn’t much of a problem at all, distortion is decently low and automatically corrected (along with vignetting) using an automatic Adobe lens profile. Chromatic aberration is present, (certainly far less than any other kit lens I’ve tested), yet also easily removed. Flare isn’t all that bad, and sunstars are half-decent. 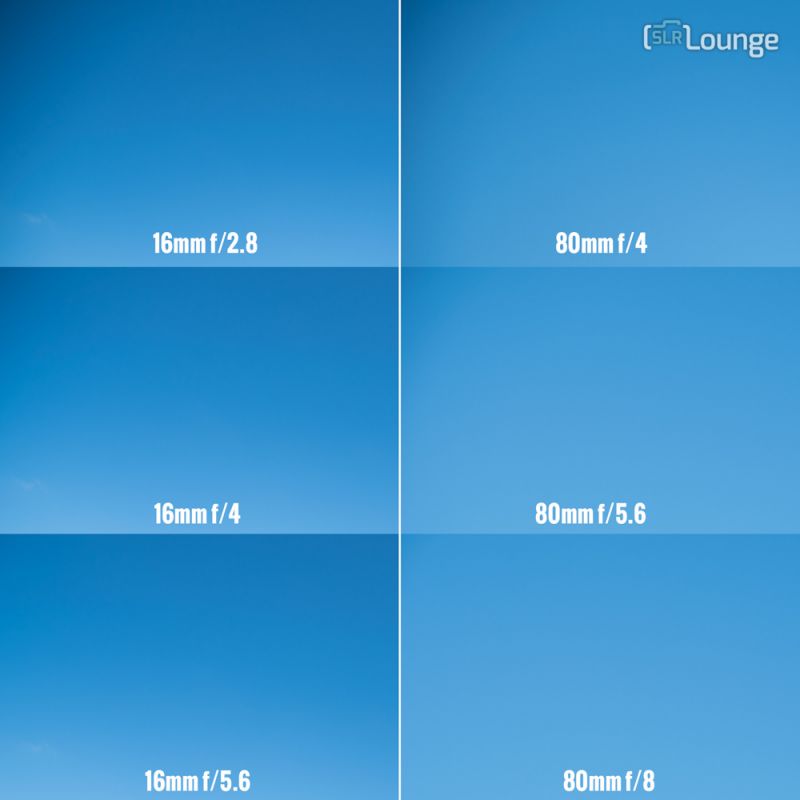 What about nightscape shooting, since this is an f/2.8 lens? Is coma and extreme corner image quality decent? Well, I wish it had been a little bit better; I wouldn’t toss my Rokinon 16mm f/2 in favor of this lens, that’s for sure, but if you’re just looking for a walk-around kit lens that doubles as an impressive night photography lens, I’d call it a very good choice. Coma and corner softness only really become a problem in the last few hundred pixels or so of a DX 20-24 megapixel image, which is nothing to sneeze at. 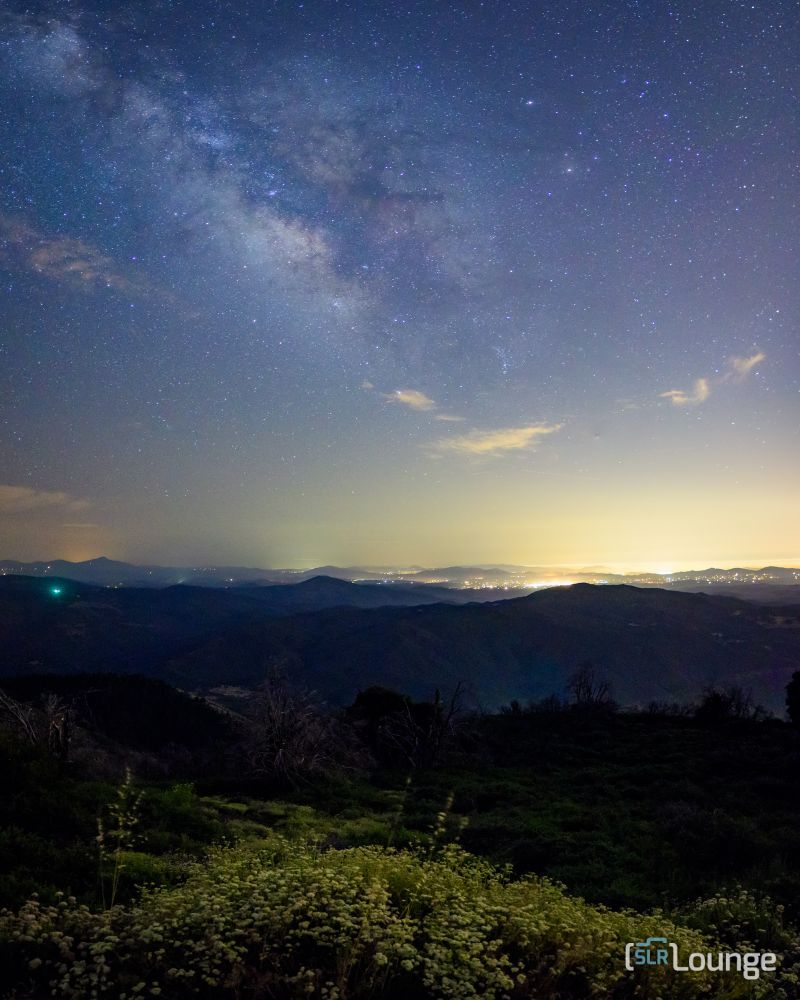 How do AF and VR perform? Autofocus is snappy, precise, and consistent, as you ought to expect from a moderately pricey kit lens. VR stabilization is also quite impressive, and at 16mm I was able to hand-hold at least a couple shots at 1/2 sec, a handful at 1/4 sec, and plenty at 1/8 sec. Even at 80mm, I managed to get a handful of sharp shot at 1/8 sec, and one or two at 1/4 sec. Considering that one ought to calculate the “stabilization rule of thumb” starting at the full-frame equivalent focal length, not the actual crop-sensor focal length, I’d say that’s right on the money compared to Nikon’s claim of 4 stops worth of VR. 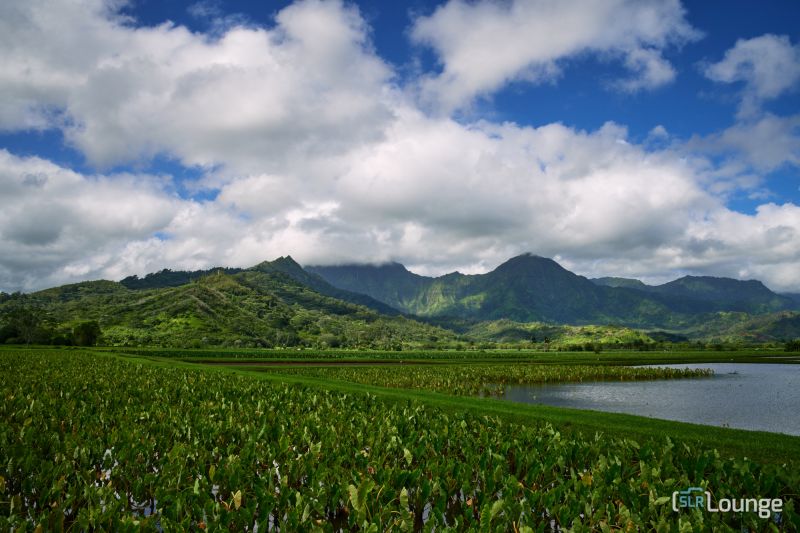 What about using this lens on full-frame? Don’t do it! Serious vignetting (meaning, a completely black circle) hinders you throughout the entire zoom range. (Just in case, like me, you were wondering if this might turn into a ~20-80mm full-frame zoom, which would have been nice. Alas!) Sure, you can use this lens in 1.5x crop mode as much as you want, if you’re in a real pinch.

Feature-wise, this is not your grandpa’s kit lens. Most budget kit lenses that come with beginner DSLRs are rife with cost-cutting measures, from a crummy focus ring that is only marginally usable, to sometimes even a plastic lens mount. In this regard, the Nikon 16-80mm f/2.8-4.0 E VR DX actually has more in common with a professional flagship lens than a kit lens. It even has ED and Nano-coating as well as a two-mode VR switch. Oh, and the hood is pretty awesome, too, in fact it’s almost a cinema lens hood, rather boxy looking instead of the flimsy, marginally beneficial petal or circular hoods that come on most kit lenses. 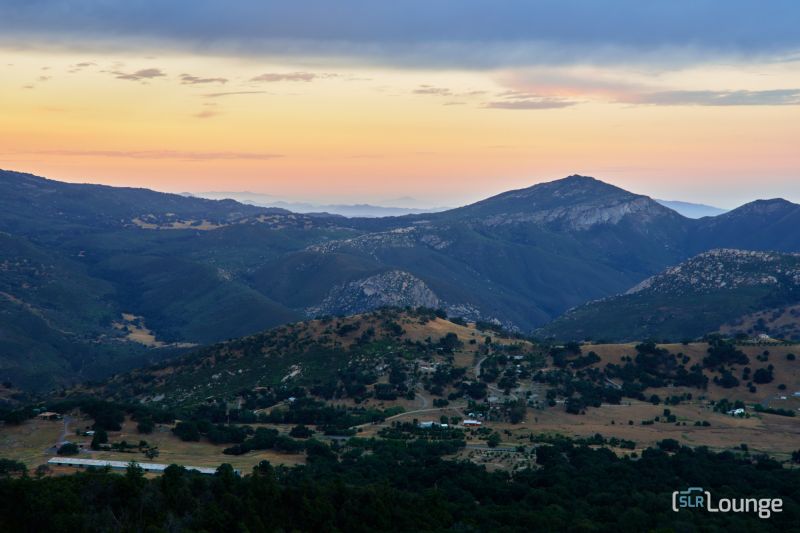 On a more serious note, the design of a kit lens is always a compromise, and things like the extending telescope style zoom barrel, or the fore-aft flip of the zoom and focus rings have been common for at least a decade now. 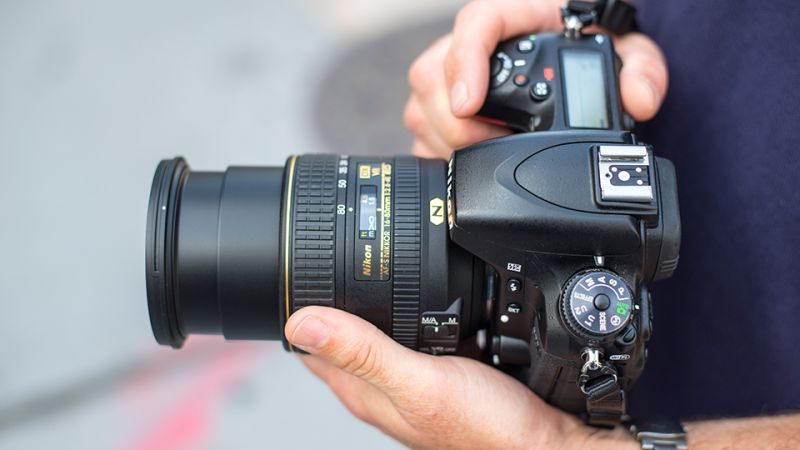 In reality, the Nikon 16-80mm f/2.8-4.0 E VR DX is a solidly designed piece of kit. It feels great to use, the zoom and focus ring are smooth and easy, yet not sloppy, and the hood (which I mentioned as a feature) is incredibly well-designed as far as all compact lenses go.

The only other thing I can think of is another pet-peeve of mine, as a run-and-gun adventure photographer: The rear element is a bit too close to being fully exposed for my comfort level, when at 16mm. It is only one millimeter or so away from actually protruding out beyond its single protective tab. (I had hoped that when Nikon switched from mechanical to electronic aperture control, this would’ve allowed them to encircle the whole rear element in a more protective plastic / metal bumper ring instead of the single tab, but alas…) 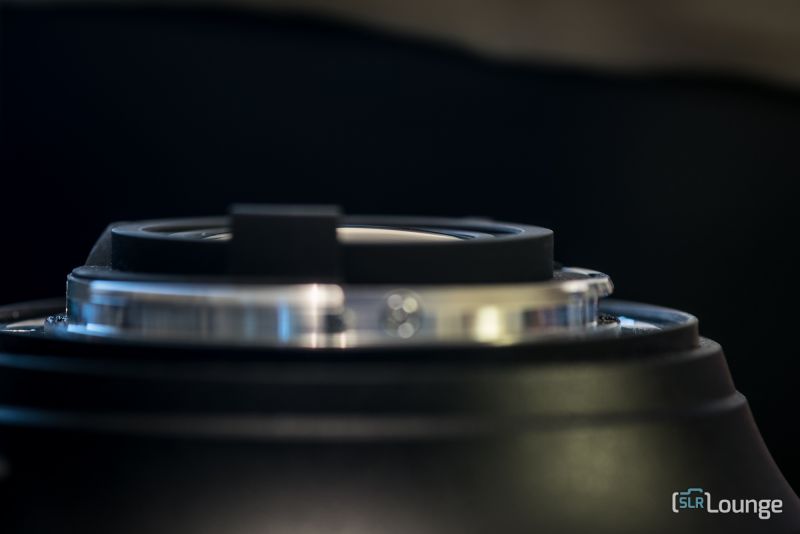 So, if you’re like me and you tend to drop un-capped lenses into your lens pouches / compartments, think twice. Over the course of time you may find that what you thought was a soft comfy lens pouch has actually worn a few faint scratches into your rear element. I know it sounds dumb to say, but cap this lens when not in use.

With quality, I’m back to having nothing to complain about. Again, this doesn’t feel like a kit lens at all, its only commonality with other kit lenses is the fact that its aperture is variable, and that it has a telescoping zoom barrel. Everything else about the lens is professional quality. Even the zoom barrel feels just as snug as the moving zoom barrel of a Nikon 24-70mm f/2.8, or a Nikon 80-400mm, etc.

For a lens that has everything going for it, you’d think that value would be an automatic five stars. But no, Nikon managed to give this lens such an incredibly high MSRP that even if they had delivered everything else I wished for, I’d still give it four stars. Heck, in its current state I wish I could give it 3.5 stars for value.

However, there are a couple things to consider. First and foremost, most folks just won’t find themselves paying full MSRP ($1066) for the Nikon 16-80mm f/2.8-4.0 E VR DX. It’s meant to be a kit lens, and paired with a body it is almost always going to have a steep discount. Right now on B&H, the kit with a Nikon D500 and this has a $500 instant rebate, making the lens approximately $570 or so.

At $570, this lens definitely becomes a fantastic choice for any beginner or serious enthusiast who is looking for an all-around lens to cover general shooting. Even a serious pro who wants to avoid lugging around a 5-10 lb full-frame pro kit, might want to pair this lens with an ultralight DSLR like the Nikon D5300 or D5500.

So, unless you’re also really interested in the D500, (and why wouldn’t you be?) …maybe you can find someone who wants a D500, and offer them $600 if they’ll get the kit and sell you the lens?

Either way, I can’t recommend spending $1066 on a lens that will probably also be regularly discounted by $200-300 when Nikon eventually adds it to their various seasonal rebates that occurr like clockwork. 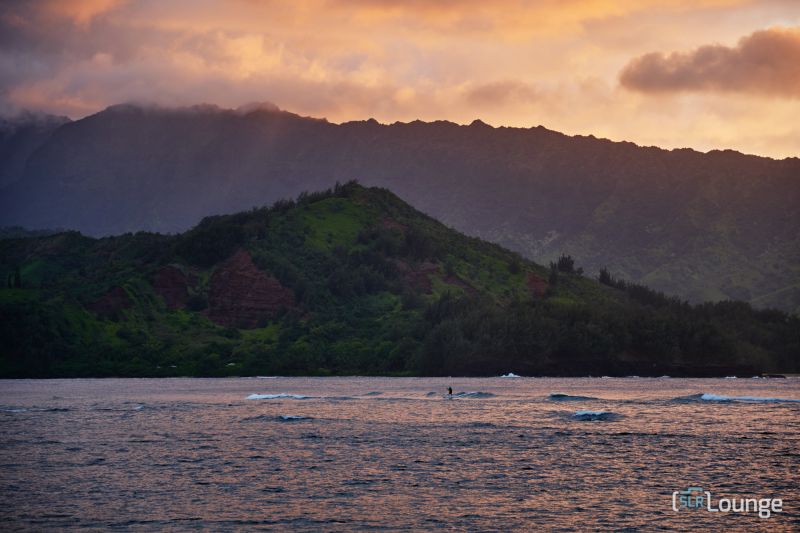 Alternatives To The Nikon 16-80 DX VR

Let’s say, hypothetically, you don’t care about the f/2.8 max aperture, don’t need pro-grade build quality, and are just looking for a portable kit that weighs next-to-nothing and gets the job done at ~f/8 for travel landscapes or something; well, in this case, alternately you can get the new ultra-light Nikon 18-55 AF-P DX VR for under $100. Alternately, the original Nikon 16-85 f/3.5-5.6 DX is a fantastic lens, however its MSRP is usually just under $700, so again you ought to wait for a rebate, or look for it as part of a kit.

Lastly, Sigma and Tamron have a handful of kit lenses that go to 16mm or 17mm, and one or two that even hit f/2.8, however in my experience none of them will offer the incredible sharpness that this Nikon lens offers, nor the autofocus reliability and overall longevity. Still, if you get a screaming deal, go for it.

I say this as a full-time pro who regularly uses high-end lenses like the 24-70 2.8 and 70-200 2.8. There are plenty of times when I just don’t want to lug those massive beasts around, so it’s nice to have a lightweight lens that doesn’t compromise on the image quality and overall reliability that I’m used to with those pro grade lenses. In this arena, the 16-80 is truly the best lens money can buy. 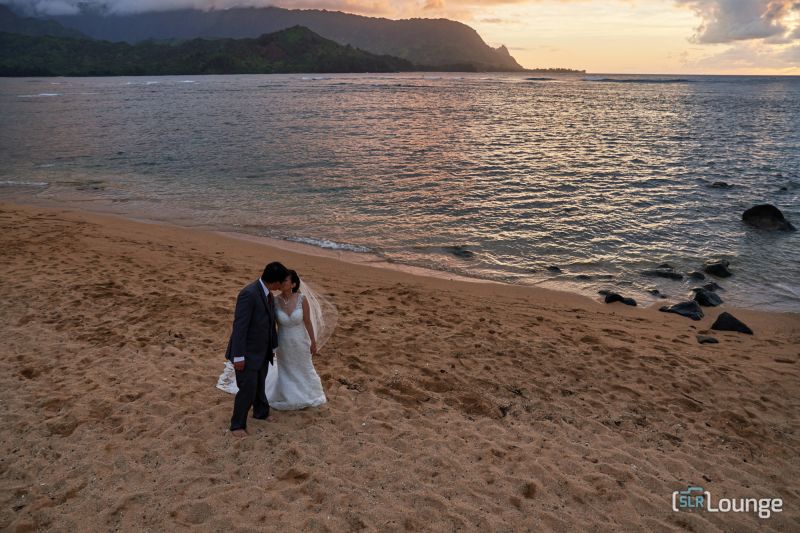 Again, it is a shame that this lens isn’t available with a huge discount as a kit on something like the D5500, or even the D7200, but I sincerely hope that folks will not be hindered by this game of cat-and-mouse. If you can find this lens at a fair price, it will be worth the effort.

If you have any questions or comments, as always please feel free to write them below!

Introducing Musicbed For iPhone: Discovery, Collaboration & Offline Listening Wherever Your Shoot Takes You

How Much Money Does It Cost To Get Into Product Photography?