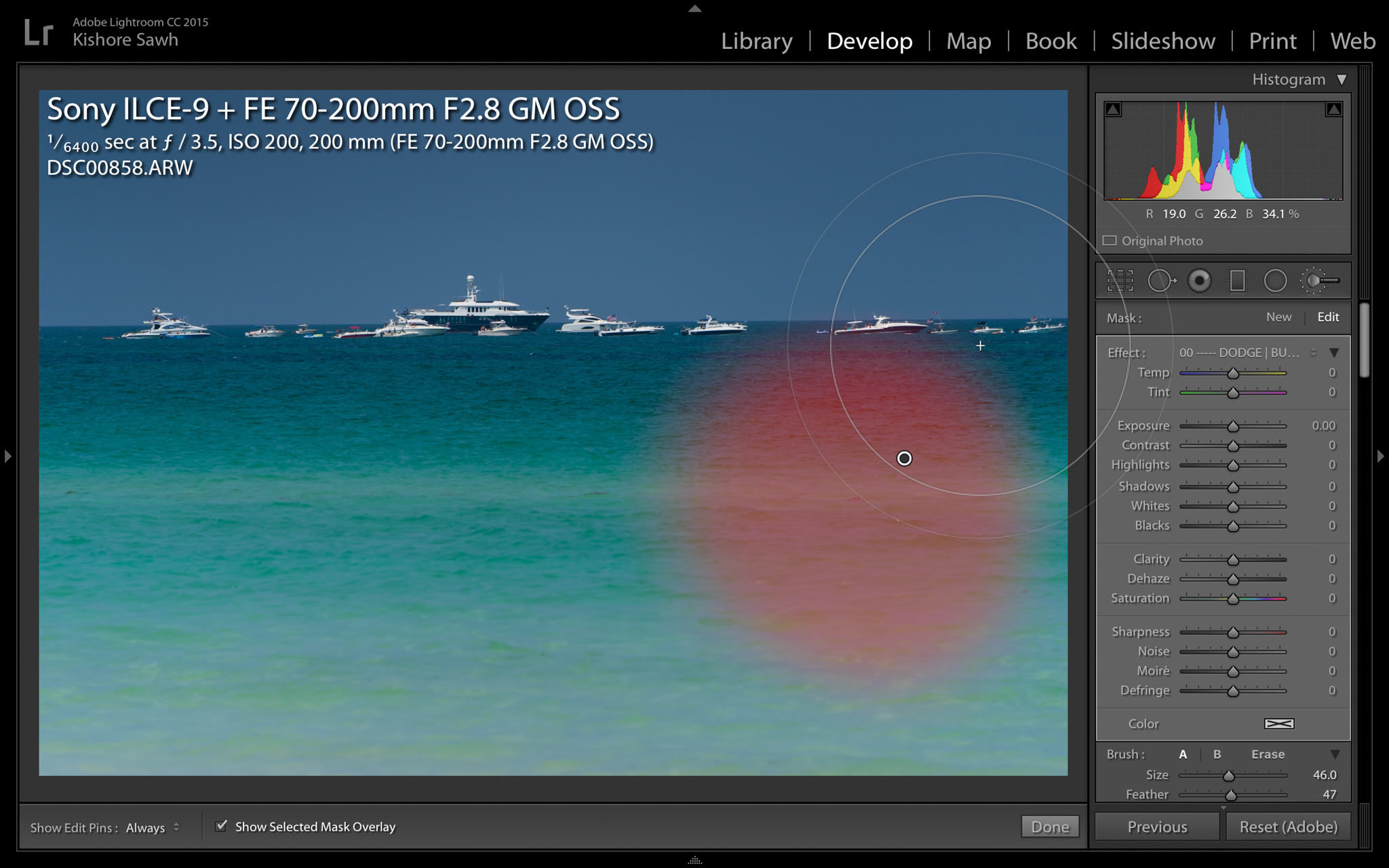 Lightroom Better | How To Use Adjustment Brushes In Lightroom

Adobe’s Lightroom is the first photo editing program many new photographers will use as they discover the vast world of digital photo processing and manipulation. Attractively bundled with Photoshop for just $9.99 per month as a Creative Cloud subscription and much less intimidating than the blue icon possessing half of that duo, it’s definitely a good starting place for that journey.

Though its editing tools can feel a bit ham-handed compared to what’s available in PS, it is still very capable of being a one-stop editing shop. One powerful feature that makes this possible is the adjustment brush panel. While Lightroom doesn’t have layers per se, as Photoshop or even Capture One Pro do, one can effectively layer multiple brushed-on adjustment masks on top of one another for a similar effect. 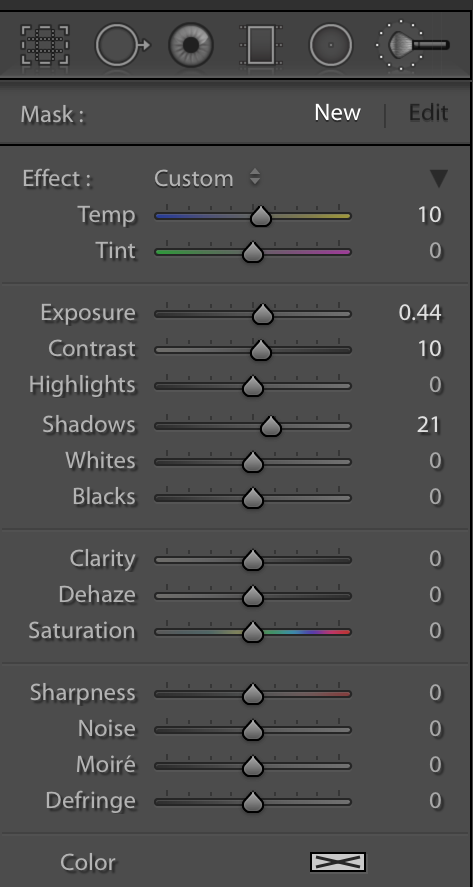 Rather than being arranged as hierarchical layers as in Photoshop, all adjustment masks coexist in the same plane and are handled individually with gray pins. Each mask has a pin, and clicking that pin will let you move or delete a particular mask. If you aren’t sure which pin belongs to which mask, hovering over the pin for a few seconds will reveal a red mask overlay which shows where that mask is painted. 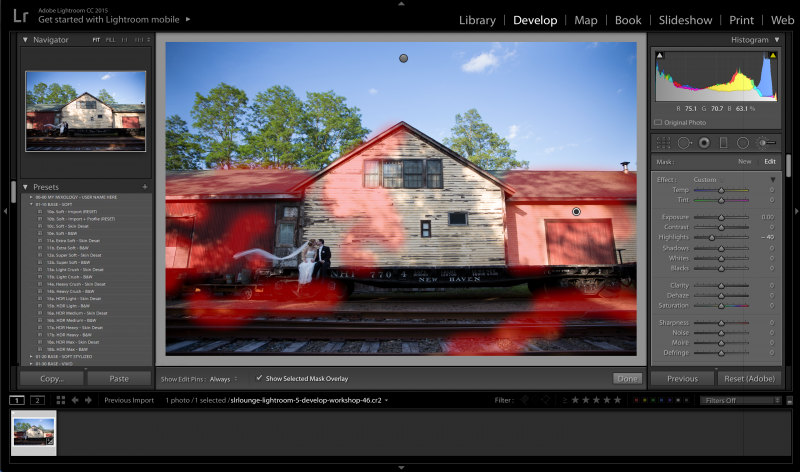 Beneath the adjustment tools there are five sliders and a check box that determine how the adjustment brush will behave. They are ‘size,’ ‘feather,’ ‘flow,’ ‘density,’ and a checkbox marked ‘Auto Mask,’ and here is what all of that means.

The ‘size’ slider, as you may have guessed, determines the size of the brush. The brush size can also be changed via mouse wheel or by using the left and right bracket keys.

The brush is represented on screen by an icon consisting of two concentric circles. The ‘feather’ slider determines the softness of the brush’s outer edge via the transition between the outer edge of the inner circle and the outside edge of the outer circle. More feather equals a longer transition resulting in a softer brush edge, whereas less feather equals a harder, more abrupt brush edge. 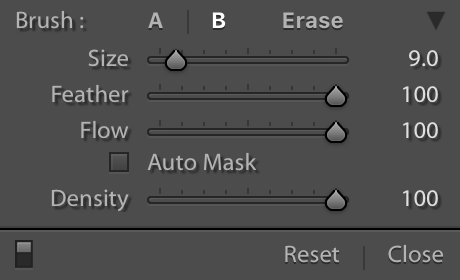 [REWIND:] HOW TO SET-UP YOUR WACOM INTUOS PEN TABLET FOR LIGHTROOM

‘Auto Masking’ is a feature that, when enabled, tells Lightroom to guess what you’re trying to mask. It uses contrast to make these ‘guesses’ and as such, it only really works well when the area that you are masking is simple and defined by high contrast. Trying to use Auto Mask on complex areas will result in some pretty nasty artifacts. 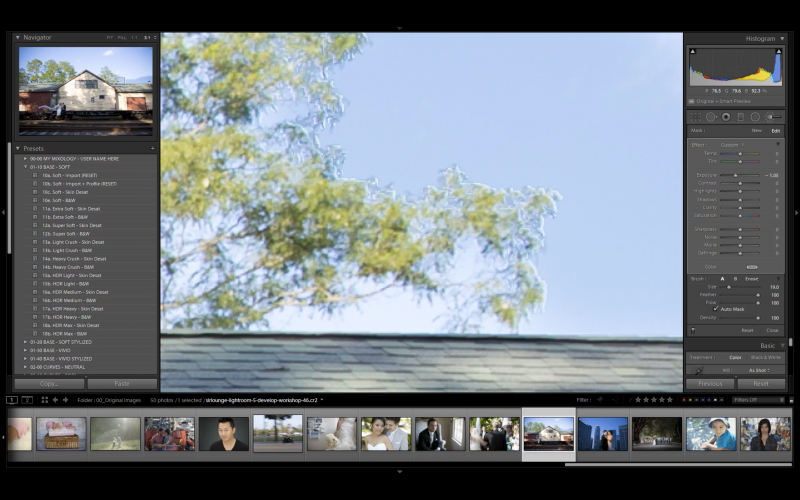 The brush has two default presets, A and B, and an erase mode. The eraser can be quickly accessed by holding the alt (Windows) or option (Mac) key. It’s important to note that the brush for painting and that for erasing have separate settings which will need to be changed independently in the brush settings panel. Also note that If you have selected the eraser brush rather than accessing it via alt/option key, the alt/option key will toggle you into the regular brush instead.

Going Pro | Why Aspiring Professionals Should Join An Organization