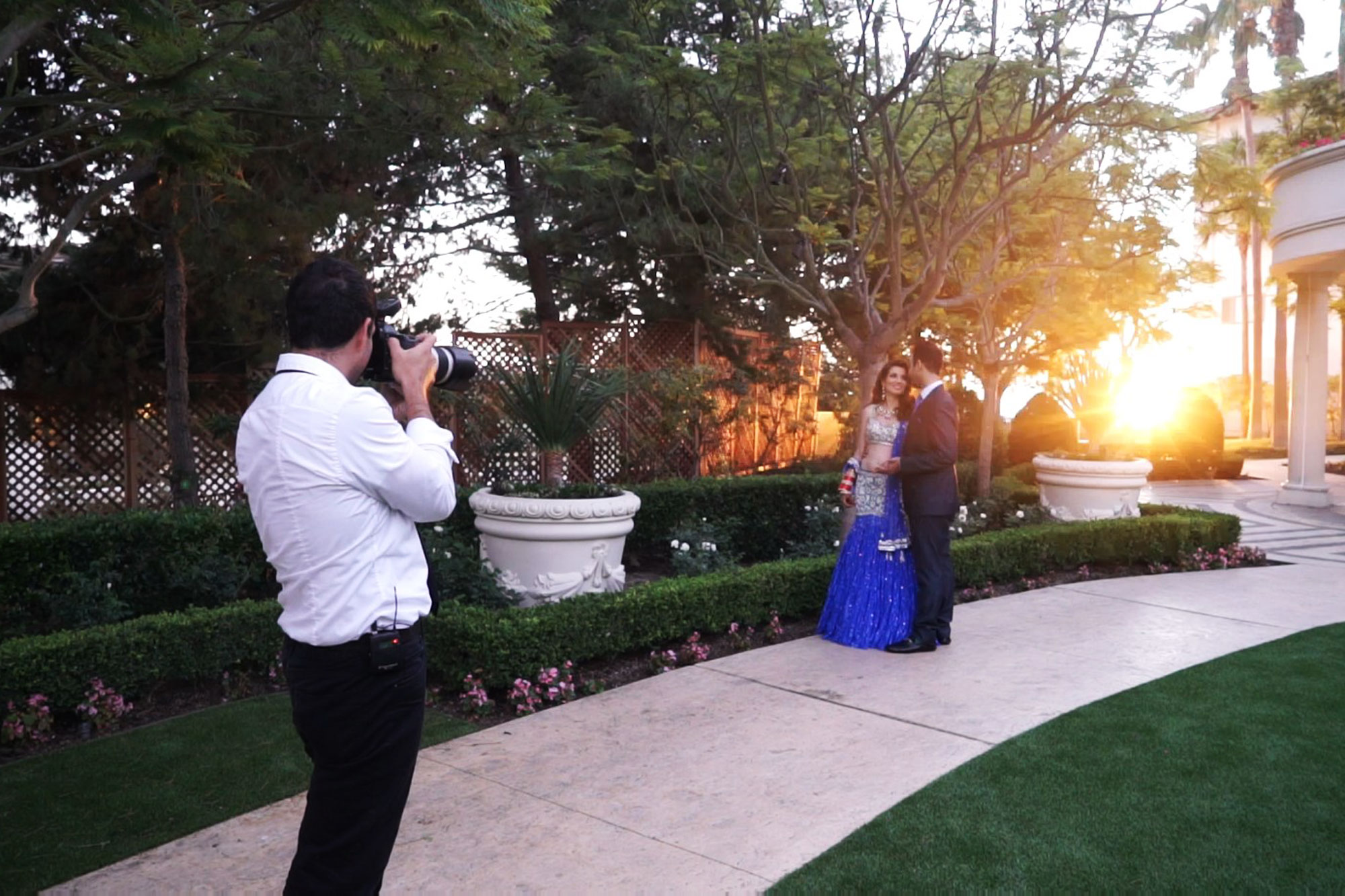 There is a reason why golden hour is the most desirable time of day for photographers. The sun-kissed look, romantic warmth, and beautiful flares make for wonderful imagery. Unfortunately (as the name suggests), golden hour is fleeting, and weather can be quite unpredictable. Luckily, regardless of the conditions, you can get creative with your lighting gear and recreate golden hour.

Taken from our workshop, Recreating Golden Hour, here are five simple tips to overcome the challenges of creating a convincing effect for recreating golden hour.

In order to make your fake golden hour look real, you’ll need to use small or medium strobes to light enough of the background elements so as to replicate the sun. Simply put, the closer the distance and the smaller the field of view in camera, the less light power you’ll need to convincingly recreate golden hour. For example, to cover about 10-15 feet between you and the subjects (such as a bride and groom), you’ll likely need 50-150 watt-seconds, which you can achieve by using 1-3 flashes, or a single medium strobe. Using tighter lenses, such as an 85mm or 70-200mm will make recreating golden hour easier than using wider angle lenses because there will be fewer elements in the field of view.

During golden hour, sunlight washes over everything. Sadly, 50 watt-seconds won’t do the trick to accurately recreate this effect. If the scene or environment you wish to capture is too large to feasibly light to recreate golden hour, there is nothing wrong with backlighting; it simply creates a different look.

You will also need to consider matching the existing light direction. Even if the sun has set, the area where the sun went down will still be the brightest in the sky. As such, you will need to shoot toward that direction to more faithfully represent the sunlight you might capture during actual golden hour.

3. INCREASE LIGHT POWER ACCORDING TO DISTANCE

Because you’ll need to light everything in your field of view, you’ll need more power to cover greater distances. Another thing to keep in mind while lighting to recreate golden hour is the loss of flash power based on your camera settings. High Speed Sync (or HSS) does not really work well with mimicking golden hour lighting because of inconsistent recycle times. For example, if you’re firing your flash at full power with a shutter speed 1/1000, aperture f/1.4, and ISO 100, you’re losing 5-8 stops of light.

One solution involves using a 3-5 stop ND filter, which will reduce all light to 3-5 stops and allow for slower shutter speeds to keep flash within normal sync speed. As a result, power will increase by 5-8 stops.

To get even more power out of your flash, consider adding more ISO. For example, you can set your camera settings to shutter speed 1/60, aperture to f/1.4, and ISO to 200 while using full flash power, you’ll have gained 1 stop (or 200%) flash power. However, if you boost the ISO to 640 with shutter speed at 1/200 and aperture at f/1.4, that is equivalent to 2.5 stops, or 600% additional power. Ultimately, we get more power out of our gear by using an ND filter, boosting our ISO, and speeding up the shutter with each ISO step.

[REWIND: HERE’S WHY YOU SHOULD USE AN ND FILTER FOR YOUR PORTRAITS]

To get a good sun flare while recreating golden hour, you should first place the subject between the camera and light in a position that does not cause the light to blow out details close to the face. Instead, in a portrait situation, you want the flare to barely bleed through to maintain highlight details next to the subject’s head. If you cover the flash entirely, the image will look more backlit than a representation of golden hour.

Bad flare effects occur when details in the hair and face are blown out. Avoid this by placing the light behind your subjects’ heads and slowly step to the side to reveal more and more light, until you reveal just enough light for the perfect capture. Because the amount of flare will vary, be sure to take multiple shots to get the shot you need.

This article relates directly to a video from our Recreating Golden Hour workshop, watch the trailer here: