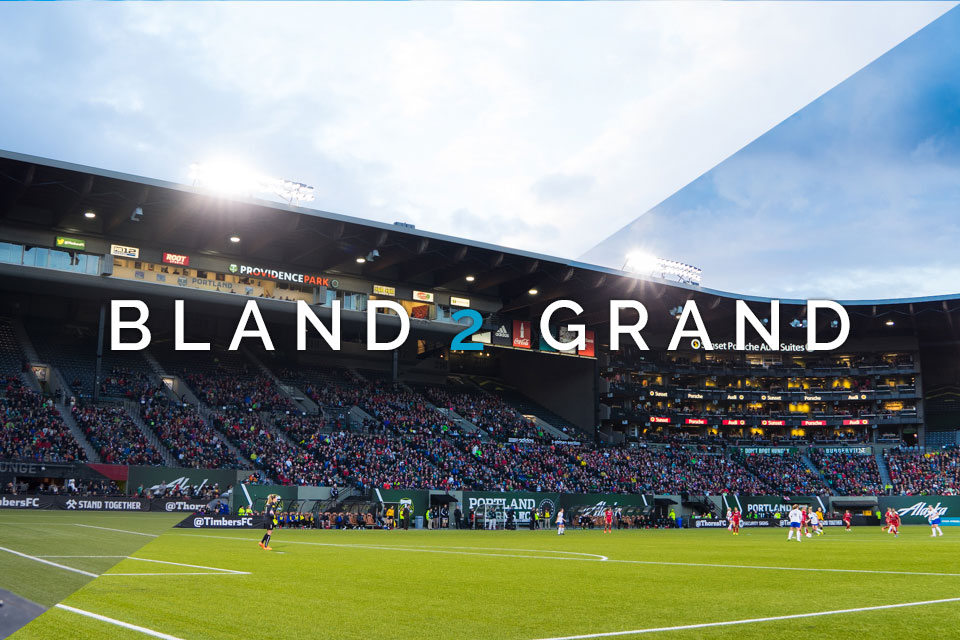 Epic Soccer Stadium: From Bland To Grand In 10 Seconds With The SLR Lounge Preset System

Last Saturday was opening night for the third season of the National Women’s Soccer League, and their flagship team, the Portland Thorns. While down on the sideline, I took this flat, bland and boring image with my Sony A7 II and the Zeiss 24-70mm F/4 ZA OSS. 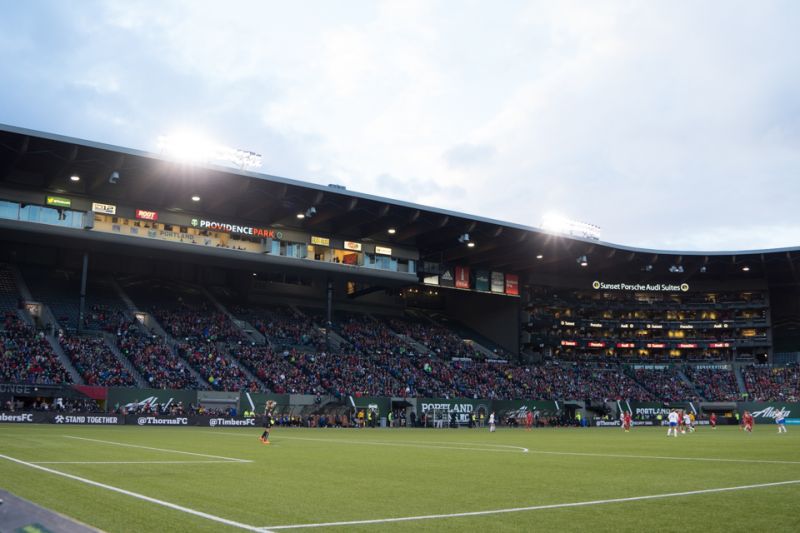 As you can see, the sky is dull and almost grayed out, and the colors of the field and player jerseys are not very vibrant. I wanted a shot that captured the energy and scope of the stadium. The above shot obviously does none of those things and is honestly a pretty forgettable image as is.

Luckily, I have the SLR Lounge Preset System because with just one click and a few adjustments, I was able to take this bland, and boring image and turn it into something that catches your attention. 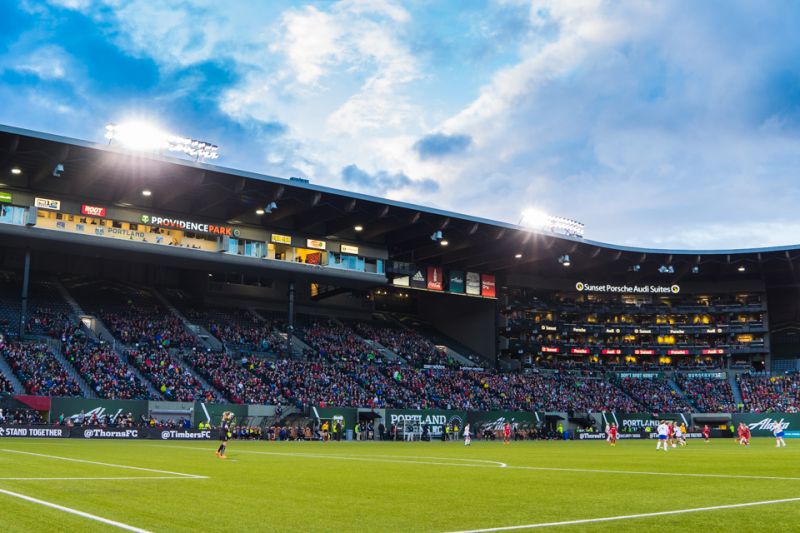 As you can see from the processed final image, it is overall much more impactful. The sky is dynamic and has depth, the field, players and crowd pop with a nice touch of color. Overall, it is a nice image capturing the most unique women’s soccer atmosphere in the world. This is how I processed it. 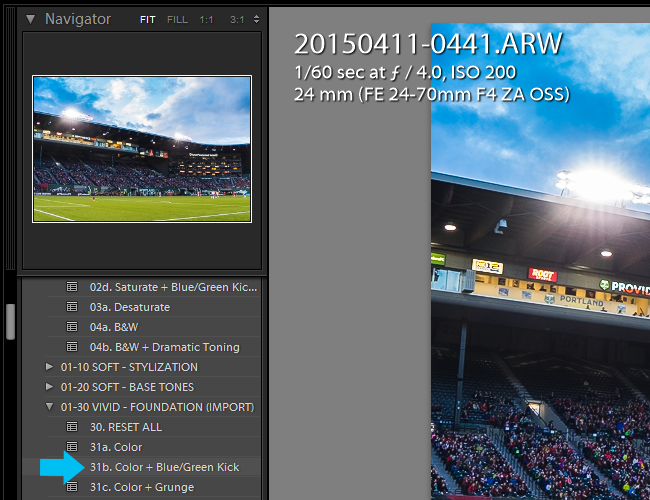 To take my image from bland to grand, I simply used one preset, 31b: Color+Blue&Green Kick. That one preset, which is just one click, formed the primary basis for the vibrant and colorful image you saw above.

Following the base preset, I thought that the sky could use a little extra boost. So I grabbed the gradient tool and used the #12 Sky & Cloud preset (another great SLR Lounge Preset System preset) and dragged it over the sky. 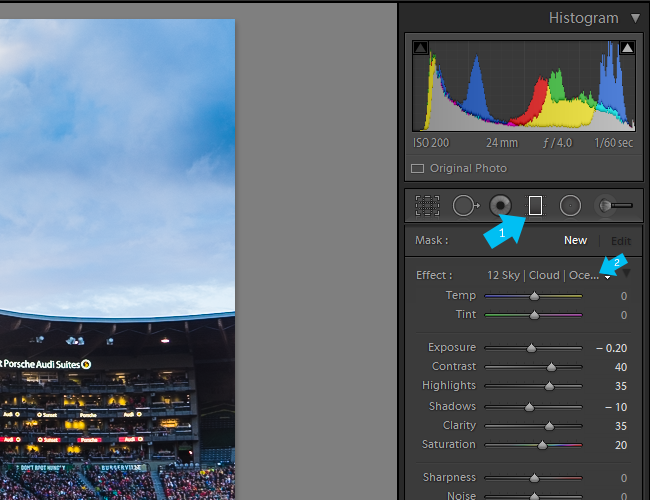 I thought I had a pretty good image, but one thing was bothering me. Some of the sideline advertising banners were on the bottom left portion of my shot, and it was distracting me from the rest of the image.

I simply used a quick crop to crop out the ad banner, and I was finished. The whole process literally took me a total of 20 seconds. The actual processing, using the base and gradient presets, took about 10 seconds. Quick, easy, and hard to argue with the results. 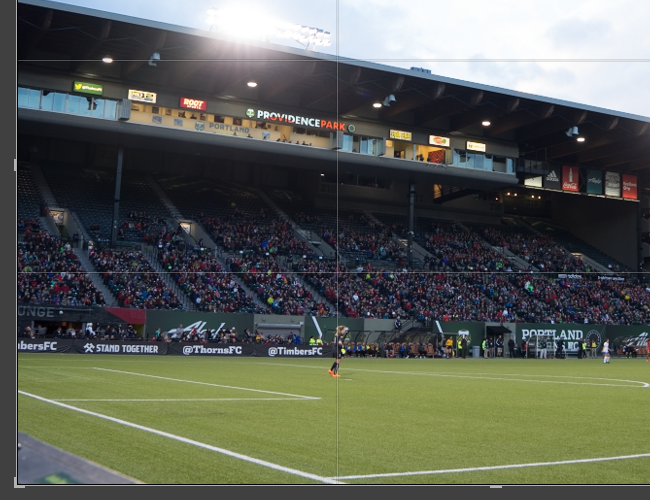 *Roll Over Image to See the Before and After. *

As you can see, thanks to the SLR Lounge Preset System, I was able to take a rather dull, boring, and generally uninteresting RAW image, and turn it into a vibrant image full of impact and life.

You can learn more about the SLR Lounge Preset System by checking out the SLR Lounge Store, here. I can honestly day that I use it for the vast majority of my images thanks to it being so quick and easy. So be sure to check it out today!

Nikon Warns Of FAKE D610 and D4s Cameras On The Market