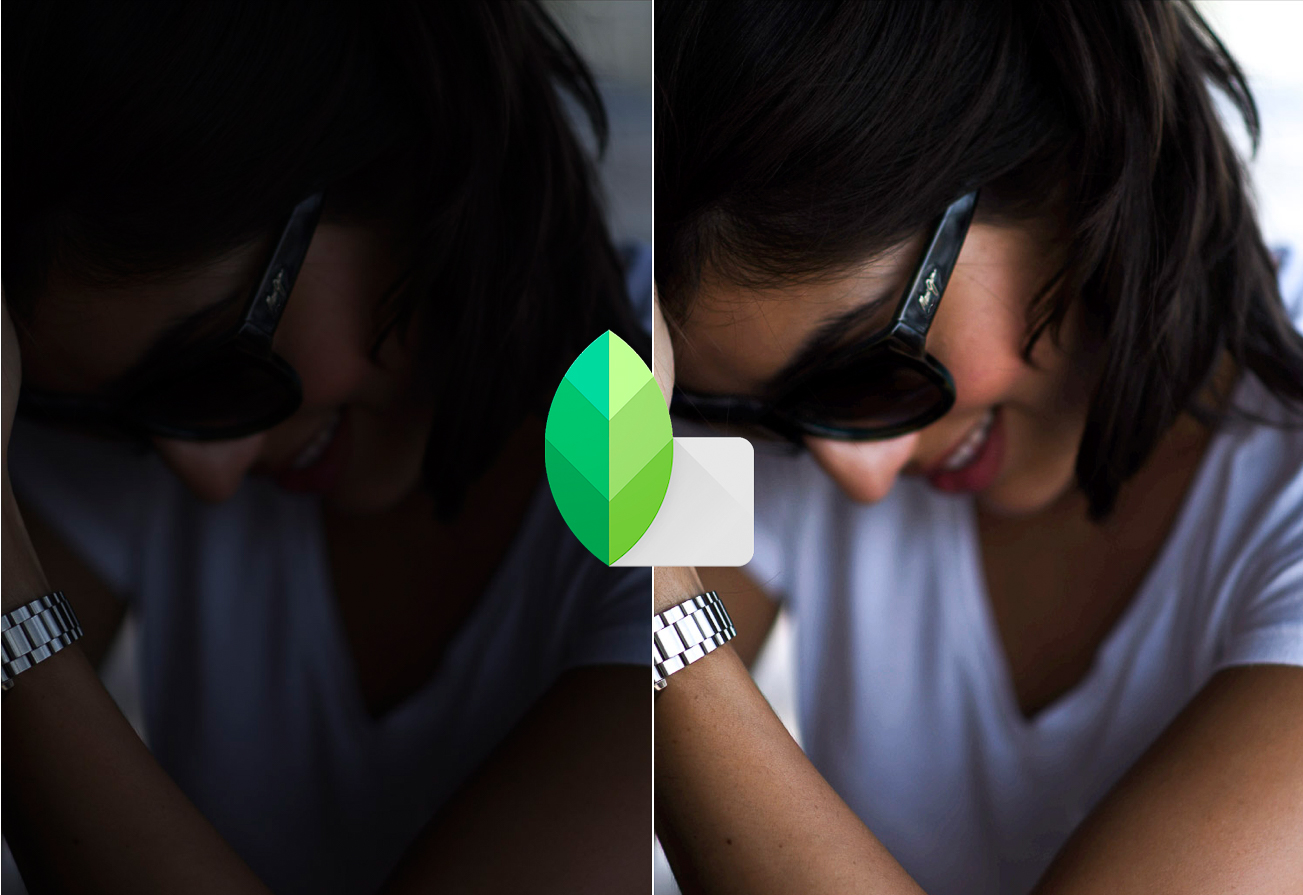 Snapseed has been one of the few recommended photo editing apps for mobile devices for years, and they have steadily been evolving with the times to remain relevant. Last October they rolled out raw editing for Android, but there existed a gap in that capability for iOS, largely because Apple really didn’t allow for it. Now, it’s misunderstood by many that iOS devices at the time could not take raw files, but this wasn’t and isn’t the case. You could bring a raw file into your iOS device, but you couldn’t do anything with it but store it; even if you saw the file you were actually looking at a JPEG version of it. Now, however, Apple’s iOS is a different animal and Snapseed is too, offering raw editing with its latest 2.9 release. And, actually, it’s not bad. 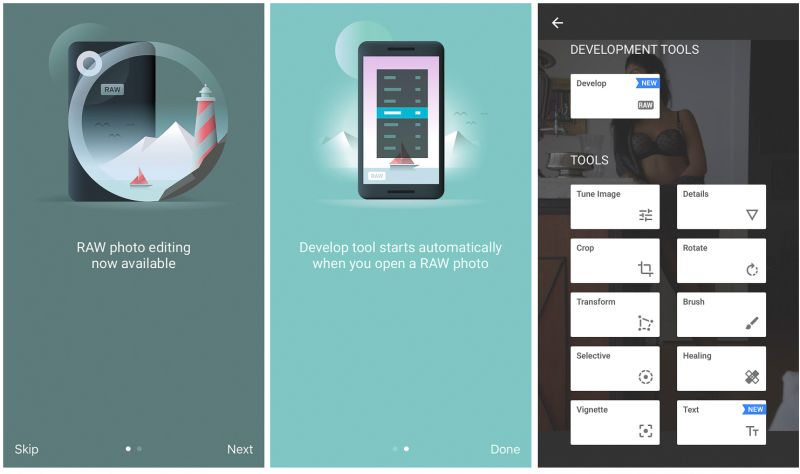 Snapseed is one of the most intuitive editing applications around, bar none, and the integration of RAW couldn’t be easier. If you open a file and it’s a raw file, you’ll know. The first time around you’ll be presented with screen that essentially welcomes you to the new feature and you’ll be left without a doubt. If you open a file and it’s not a raw file it’ll be business as usual. However, if you are past the initial ‘raw greeting’ you’ll be able to tell if your image is RAW or not because Snapseed will show you ‘Exposure’ versus ‘Brightness’, and if you go into the main editing menu you’ll see right up top a section called ‘Development Tools’ that otherwise wouldn’t be there. 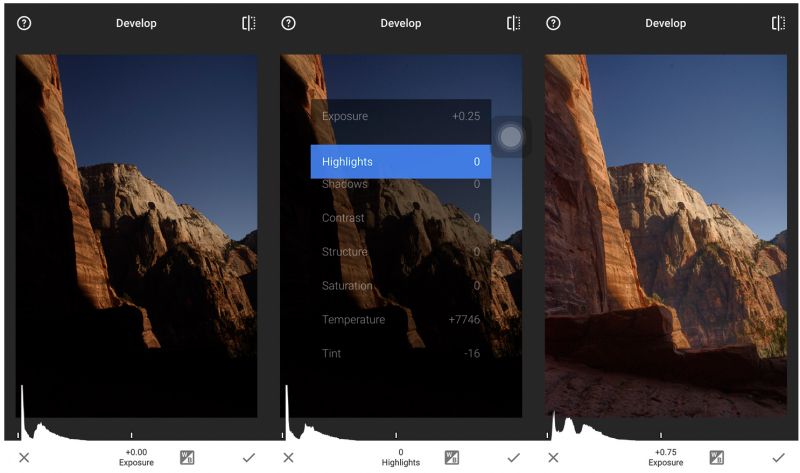 The options available to you within the ‘Development Tool’ section are Exposure, highlights, shadows, contrast, structure, saturation, temperature, and tint. You also, however, get a really nice white balance tool, where you can choose either an environmental setting like tungsten or shade, or use the eyedropper tool to drag around the frame until you find a white balance that suits. Here are details from Snapseed:

The new RAW tool opens automatically when Snapseed detects a RAW file and works seamlessly with other Snapseed tools, such as Healing, Brushes, Frames, Text, HDR or Details. Editing changes can be saved non-destructively, or exported as a plain JPG in high quality. Some of the available adjustments for RAW include Structure, Tint, Shadow control, Exposure (-4.0 to 4.0 f-stops), and Temperature (1.700°K to over 8.000°K). Anyone using Snapseed 2.9 and an Apple USB SD card photo adapter or WiFi SD card can now work with RAW images.

Understand two key things here, however, and that is at the moment it supports raw files from 144 different cameras, but if you’re on a brand new one, maybe not. I’ve tried to open D500 files on it and no dice yet, though surely it will come. The other key thing to understand is that the app still has a way to go before it fully takes advantage of raw file abilities, and I think a big step in the right direction would be control of the black and white points. 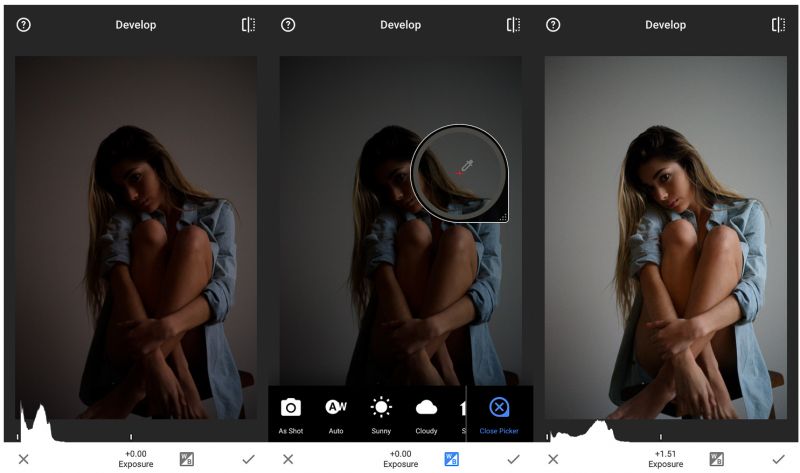 I’ve seen some ‘reviews’ on other sites that suggest or claim you need to import raw files onto your iOS device by using a card reader or adapter, but this isn’t the case. As mentioned above, you can transfer raw files to your iOS device like you would any other. If you have a Mac, using AirDrop works brilliantly, even for these large files. Speaking of large files, expect the initial load times for the images to take a few seconds, at least using files shot on a D610, D750. The size of the files are clearly the culprit here, and that’s even on an iPhone 6. Using a newer iPad Pro is quicker.

All in all, if you have an iOS device I once again highly recommend Snapseed. Apple launches a new iPhone tomorrow, but we already know raw images are a focus going forward, and if you’d like to learn more about how Apple tangos with photography and where it’s heading, check the article below: