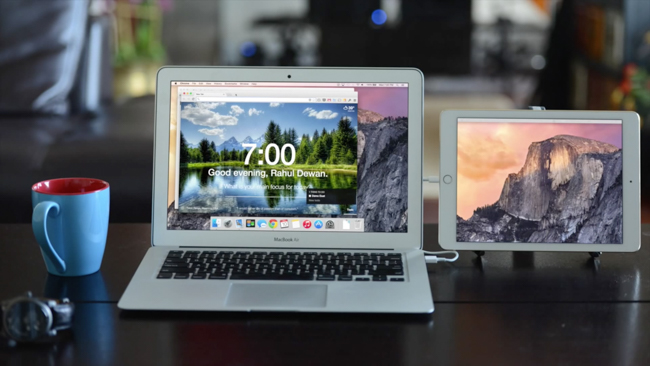 Have you ever used a dual monitor set-up to work on post processing? Or anything, for that matter? If you have, I feel confident going out on a limb here and saying that if you have ever done it, you likely still do. It’s just one of those addictive things that is hard to do without – especially if you are using a small screen, like a laptop.

As the nature of my life tends to have me traveling quite a bit, I’ve been using my iPad as a second monitor for some time, primarily using an app called Air Display. It was quite a breakthrough for me when it came out a few years ago, but as it uses WiFi to connect, it can be a bit jittery at times, and playback of certain types of media was just too stuttered to be useful. 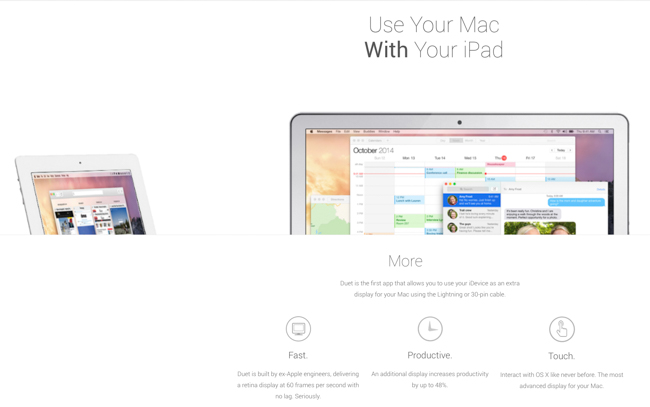 I tended to use it most while in Photoshop, putting the menu and tool bars and my music player open on the iPad screen while the actual photo was open on the MacBook. But you needn’t suffer with a lagging connection now if you want to give it a try, I’d like to suggest an App called Duet Display, which uses a wired connection using your standard iDevice connection cables. Since it’s wired there really is no lag, not even for video at decent frame rates. It’s actually so smooth it’ll breath new life into your new and old devices alike.

Apparently, it was developed by a team of former Apple engineers, and it shows. You do, however, pay for it. It’s $9.99, which is about 5 times more than many associate apps to be worth, but this is not a standard app, and a small price to pay for the functionality. Get it here.