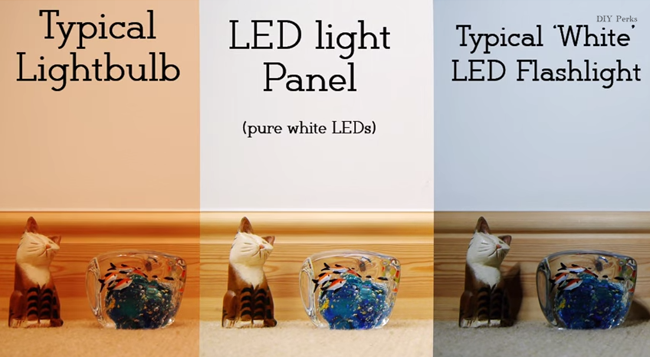 The new Fuji offerings were announced yesterday and now I’ve gotta save my pennies so I can buy the entire new Fuji lineup. (Unless Santa comes through this year. Which in that case, I’d like one of each please: the X100T, the Graphite X-T1 and the 50-140mm Lens). With that being the case, I’m on the lookout for even more photography hacks to save me some money, so I can put more pennies in my piggy bank.

[REWIND: PHOTOGRAPHY HACK: USE A CALCULATOR AS AN INTERVALOMETER TO MAKE TIMELAPSE VIDEOS]

LED light panels are very handy to have around, especially if you do studio work or work with video. I had a chance to look at some high quality ones at a trade show earlier this year and the light output from them was impressive. I have an inexpensive mini video light panel that I use at wedding receptions, but these light panels were larger, brighter and much, much more pricey. Completely out of my budget. They can set you back hundreds to thousands of dollars, but in the following video, DIY Perks shows you how to make your own $600ish LED light panel for around $70.

The 900 bulbs produces an equivalent of 1000w, you can dim the light when you don’t need 1000 watts and it has a voltage-based dimming system which almost eradicates flickering in the lights that cause strobing lines in video. The panel also is able to be powered by a variety of power sources. 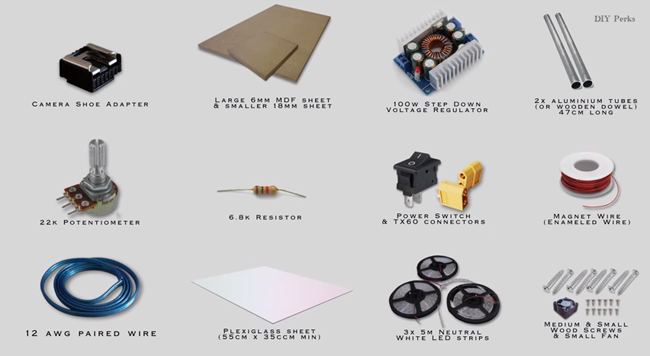 This DIY has a bit more of a difficulty level involved than some of our previous DIY posts with the soldering iron and other tools involved in the process, but nothing someone who has a Home Depot nearby can’t handle. And when all else fails, call Dad.

Seriously though, this tutorial does a very through job of describing step-by-step how to build the panel. It’s a 14 minute long video, and with a little time and effort, you’ll have a nice and bright LED light panel and a few extra bucks left in your wallet.

You can see more DIY stuff on the DIY Perks YouTube channel here.