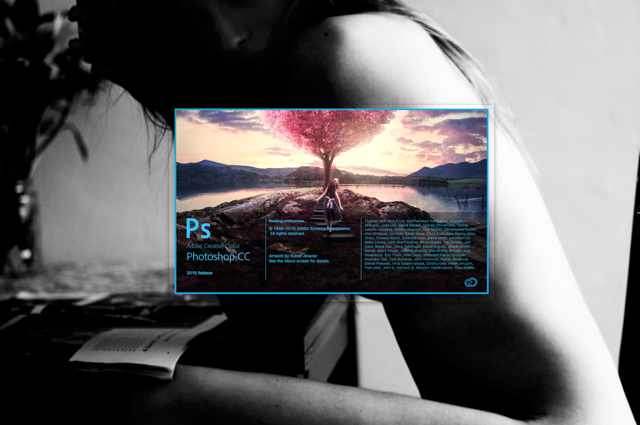 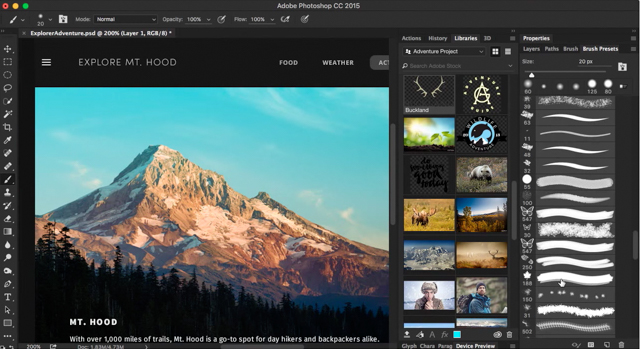 You’ve got to sort of tip your hat to Adobe for creating Creative Cloud, a shift that many were skeptical about, I think largely because there was concern that Adobe was doing this strictly to add some weight to their P&L statements with little intention of giving more worth. But it’s hard to deny the continuous slew of updates that, while they may not always be perfect, clearly show they are listening to their users.

I’m sure there will be those photographers and retouchers out there who will shake their heads because Adobe hasn’t tailored the app they want precisely how they want it, but it’s at this point that many would be served well to remember that Adobe’s programs aren’t there strictly for photographers.

According to Adobe, half of their Photoshop customers are designers, so it makes sense that they’ve been adding Artboards, Linked Assets, guides, and a glyph panel to name a few. And once again a new update has been issued with a lot of good stuff and new capabilities for Illustrator, Premier Pro, After Effects, Dreamweaver, and Fuse.

The most pertinent updates for most of us, however, are with Photoshop. We see Adobe is making an effort to make Photoshop more customizable, and that’s a good thing. We had a sneak peek at it before, but now a customizable toolbar is finally here and for that, many will rejoice. You can populate your toolbar with precisely the tools you want, rid it of the ones you don’t, and do it all through drag and drop. 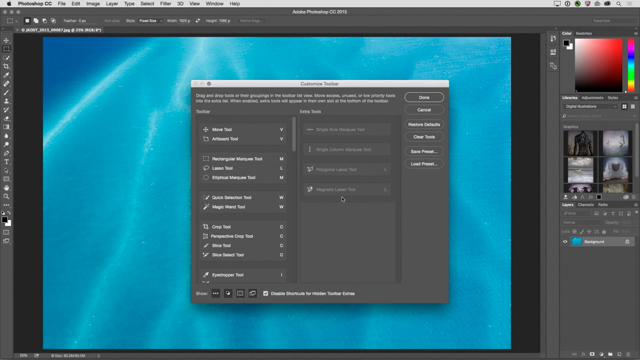 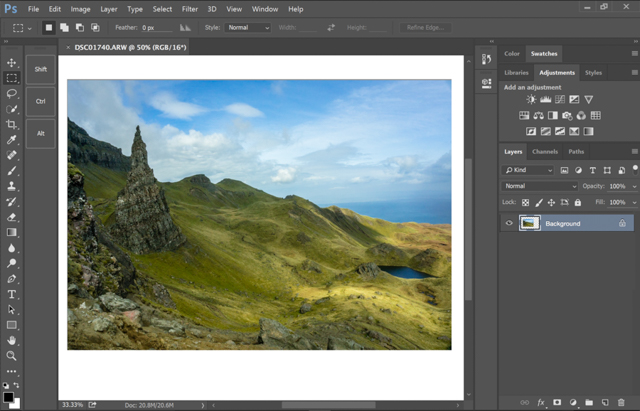 There’s also a continuation and further development of the overall look of the UI, which continues with the relatively new ‘dark’ look. Now it’s higher contrast making it easier to read and generally more pleasing. The new UI also should look more consistent across both PC and Apple platforms. Did we mention it’s also now a Touch-enabled interface? It is, and probably due to the spread of Surface and iPad pros. It does make one wonder if it will at all help with using an app like Astropad given that you can switch to make tabs and targets and presets buttons larger, and swipe to undo and redo, and scroll with two fingers, and tap five fingers for full screen. 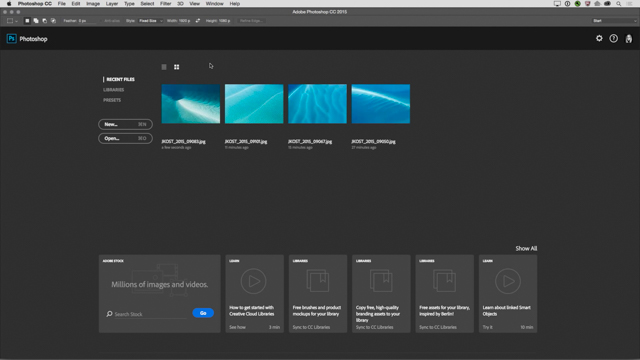 From what I can see so far, the whole user experience of Photoshop has changed, and for the better. Even from the simple new opening screen that allows you to quickly find recently used files, and then the ability to glimpse inside various libraries to see what’s in them will be appreciated by many, but I think just as many will take a little while to get used to it all. In fact, take a look at the videos linked below to see how to navigate and begin using the new Photoshop.

You can see the full list of updates to all the CC apps in Adobe’s blog post.