SLR Lounge > Photography > 10 Essentials You Need to Find Success as an Event Photographer! 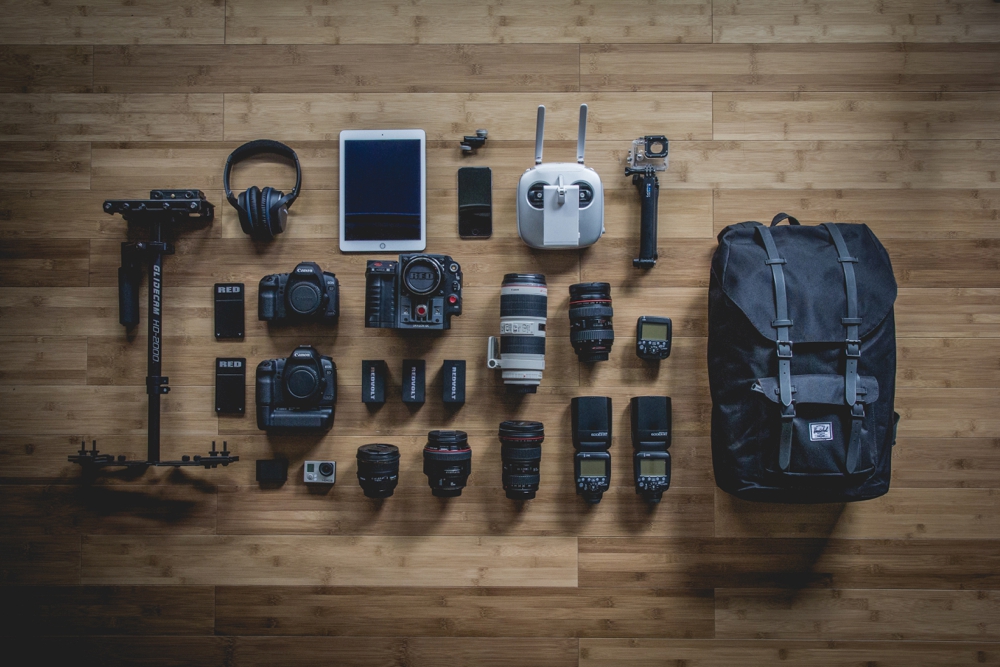 10 Essentials You Need to Find Success as an Event Photographer!

Jay P. Morgan of The Slanted Lens recently sat down with Paul from Kobra Modifiers to take a look at the 10 essentials Paul recommends to be a successful event photographer.

Top 10 Essentials for Every Event Photographer

Kobra Modifiers was born back in 2017, when Paul McKelvey and Brian Hayes got together to create a series of photography products aiming to change the lives of photographers everywhere! Paul was seriously dissatisfied with the current market of flash modifiers, so he decided to stop complaining about it and create his own. After building numerous test products with their tireless work effort, Paul and Brian finally got it: The Kobra Flash Modifier — a sleek, lightweight, and flexible flash modifier giving photographers the ultra-portable and versatile flash modifier they’d been waiting for!

Morgan sat down with Paul on location at Avalon in Hollywood, CA to discuss his photo bag, what was inside his bag, and how these 10 items improve his life as an event photographer.

Here’s the photography equipment list of what Paul recommends:

You’re going to want to bring with you a small little “backup” bag that will carry all your backup gear. Something for things like spare batteries, extra memory cards, etc.  In the video, Paul is seen with a Lowepro bag similar to the Format 160.

The AD200 is great for large group photos. You can grab the AD200, put it on a light stand and you’re good to go!

Lately, Paul says he’s been working with a Canon 6D for his wide-angle shots, though he says any full-frame camera will work just as well.

On Pauls 6D, he likes to use the Canon EF 16-35mm f/4L, even though sometimes he wishes it was an f/2.8L. Paul says the great thing about the 16-35mm is that it’s incredibly sharp and comes with built-in stabilizations. He says it also really excels in hand-held, low light situations.

Paul uses the Sony A7 III as his second full-frame camera for “available-light” shots and close-ups.

Paul likes to use his Rokinon AF lens in conjunction with the Alpha A7 III. He says this lens definitely helps with those “available-light” shots and allows him to isolate everything else.

“Your job as an event photographer is to tell the story,” Paul says. “When you’re in there, you gotta get your white stuff, but you gotta get your tight stuff… Professional events, they’re usually sponsored by somebody. So you gotta make sure that you get those shots.”

The Godox V860 is what Paul calls “The greatest flash.” Why does he call it that? The battery… NO MORE AA’s! The V860 uses an easy-in/easy-out lithium-ion battery that he can just pop in and he’s ready to shoot. He even says he rarely has to change it, but he still keeps a spare in his backup bag just in case.

The Godox V860 has a wireless receiver built-in, so it pairs effortlessly with the Godox XPro TTL Wireless Trigger. You’ll get an amazing flash that can move off-camera all for the low price of $70. Other transmitters can cause up to 6x that!

One of the reasons Paul came up with the Kobra Modifier was because he was sick of the design of most modifiers. He was tired of the systems with the big magnets on top, or worse — noisy velcro! He needed something that functioned better. So he made it himself!

The Kobra Flash Modifier comes standard with a built-in reflector that allows the light to go forward vs spilling everywhere. You can literally “paint” the light onto your subjects!

It also comes with a second diffuser built-in, so it hits the reflector and diffuses twice.

Paul likes to his flash with Kobra Modifier off camera. He says if he’s got a group of people standing there waiting to get their photo taken, it’s always super important to get the catchlights reflecting in their eyes. Sometimes, he even holds his flash far off from his body to achieve a bit more depth and shadow in his photos.

Paul’s been using the Blackrabid RS-4 for years now. It falls really nicely on his shoulders making for comfortable camera-wear. He can even clip his flash onto the strap for ease and equipment portability.

How to Handle Yourself as an Event Photographer

Around the middle, Paul and Jay start talking about suiting up and what exactly goes on after you walk through the doors of an event as a photographer. They also go over more tips and tricks on how to handle yourself during the event and how to capture photos that the sponsors of the event will love.

Be sure to check out the video below and let us know what you think in the comments!

Amazon Discount Cuts $400 Off The Apple MacBook Pro Making It An All Time Low!