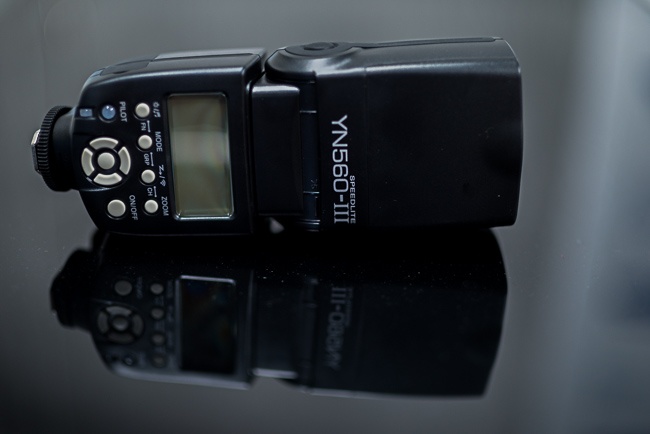 I tested the Yongnuo 560 III and the Vivitar 285HV together with Pocket Wizard plus 3s. I had the PocketWizards attached the the flashes set on separate channels and the PocketWizard on my camera set to fire at both channels. I then walked away from the flashes while shooting to see how far I could get before the flashes stopped firing. Now you would think that they would eventually stop firing at the same time when the radio transmitter on my camera was out of range, but that wasn’t the case.

When I was about 30-50 feet, I began to see the Yongnuo 560 III fire inconsistently, and when I was 70 feet away from the flashes, the Vivitar 285 HV would fire consistently, but the Yongnuo 560 III would fire about 1 out of 10 shots. This is a typical distance we would use in ballroom type situations where we set up these flashes in the corners of the room and the inconsistent firing presents a huge problem.

In our workflow with the radio transmitters we’ve invested in and use, the Yongnuo simply doesn’t fit. I’ve heard that other people have had better luck with Radio Poppers or Photex Odin. Let us know if you have any recommendations on great budget flashes that work well with PocketWizards!

This New Blackmagic URSA Footage Will Blow Your Mind