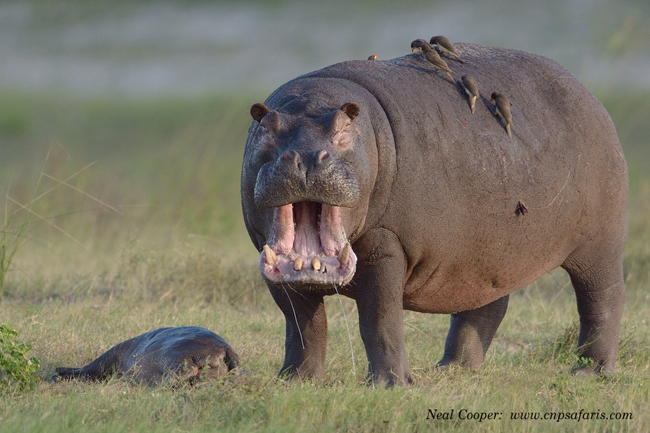 Wildlife photographer, Neal Cooper, hosts photography safaris in Africa, so seeing majestic wildlife is part and parcel to his daily work. A recent experience during a photographic tour rendered an experience that was different and heartbreaking as nature demonstrated that a mother’s love is just as potent in the animal kingdom. As is a mother’s grief.

While returning from a safari, Neal and his group happened upon a motionless Hippopotamus standing on the river bank. Her head was resting on something which looked like a rock. 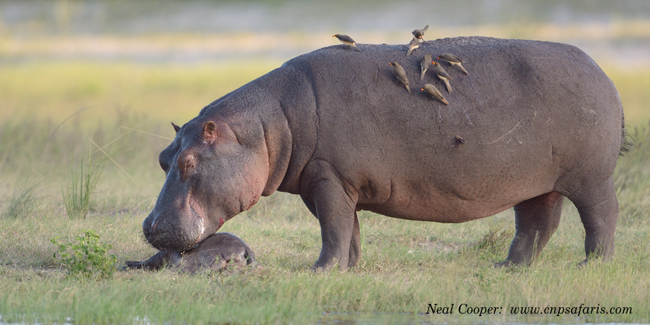 Hippopotamus’ are the most dangerous mammals in Africa. Their unpredictability, ability to run up to 20 miles an hour, large jaws and humungous teeth are responsible for more human fatalities in Africa than any other animal. The mothers are highly protective of their babies, carrying them in gestation for 8 months and becoming extremely aggressive if they sense anyone coming in between them and their babies.

[REWIND: WILDLIFE PHOTOGRAPHER OF THE YEAR COMES FACE TO FACE WITH A POLAR BEAR]

As Neal and his group pulled up closer in their boat, they realized that the large hippo was resting her head on a dead baby hippo. The mother hippo, obviously in distress, began bellowing and bawling, warning other hippos to keep their distance. The group speculated that the baby was either caught in between a fight between adult hippos or that a male hippo killed it to rule out future competition, a common occurrence among these creatures.

As another large hippo approached the mother from the water, she began baring her teeth with saliva coming out of her mouth and began spraying her feces, a tactic that hippos use to intimidate opponents. The group left the devastated mother, standing over her lifeless baby.

The next morning, the group came back to see if predators had been attracted to the carcass overnight and found two hippos standing above the body. A large female hippo was mouthing the carcass and Neal and his group could see a big bite mark and entrails showing. 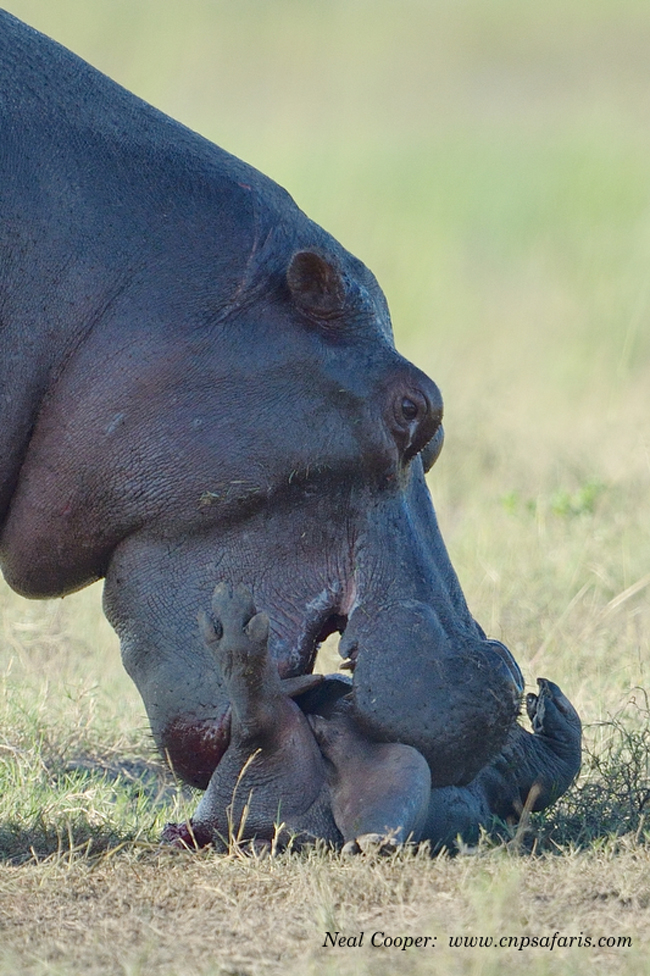 Enter the mother hippo, who was still displaying aggressive behavior. She was nearby and began attacking another hippo, until a third hippo joined in the melee and chased her away. 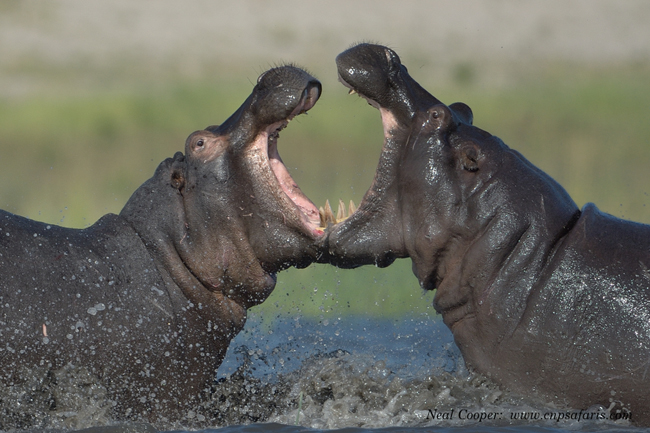 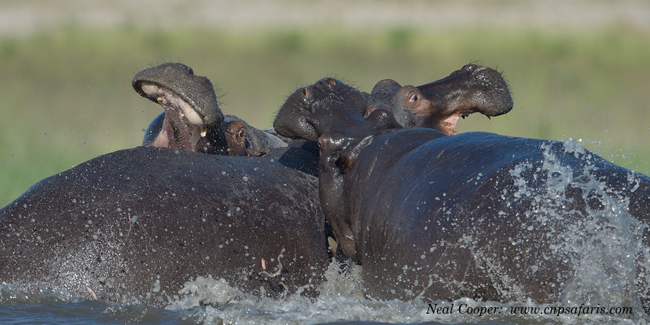 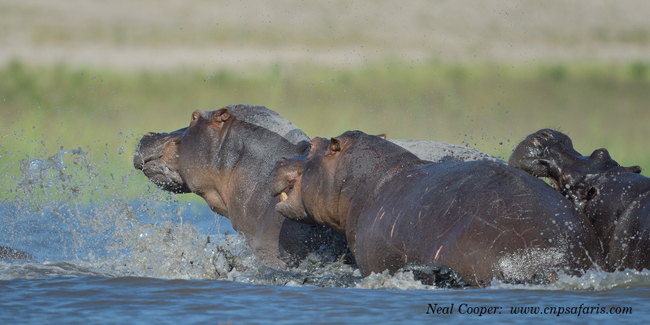 Neal shot the images with a Nikon D4 with a 600mm and 1.4x extender lens combination.  For wildlife photography, he shares his “go to settings to ensure [that he has] enough shutter speed and doesn’t blow the whites. They are AV, ISO 800, Evaluative metering, Exp Comp minus 1.3, 21 point focus.”

For nature photography, you need anticipation combined with a lot a patience.  Nature will reveal itself to those that have these abilities and then it is up to you to be ready to capture the moment.

You can see more of Neal Cooper’s work on his website, and blog. For more information on his safari tours, click here. You can also email him at: neal@cnpsafaris.com

CREDITS: Photographs by Neal cooper are copyrighted and have been used with permission for SLR Lounge. Do not copy, modify or re-post this article or images without express permission from SLR Lounge and the artist.