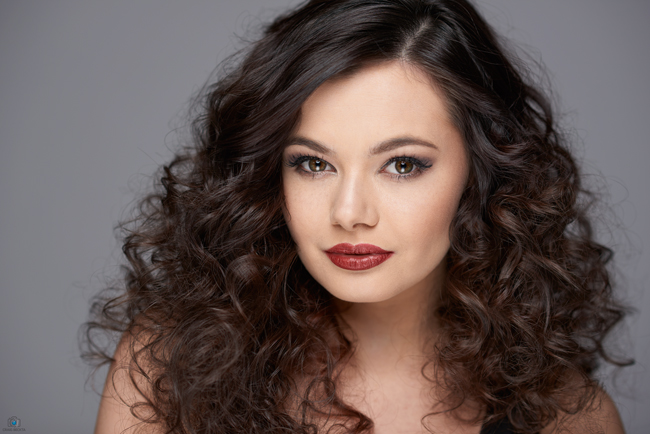 If you’ve ever wondered how to get a beautiful quality of light at F16 using only Speed Lights, then shuffle your schedule, turn off your phone, do whatever you have to do to make time to read every word on this page, because lighting secrets are about to be revealed. The new Westcott Rapid Box Duo has arrived and it just might be a game changer for all of you Speed Light users out there. An outrageous claim? I understand your skepticism, but seeing is believeing.

Check out the video below to see the Westcott Rapid Box Duo in action.

The people have spoken and apparently Westcott was listening. They have incorporated all the ideas that Rapid Box users were asking for and they have created a whole new revolutionary design. Here are the features that make the 32” Westcott Rapid Box Duo a huge improvement over the Westcott 26’ Rapid Box Octa, in my opinion. 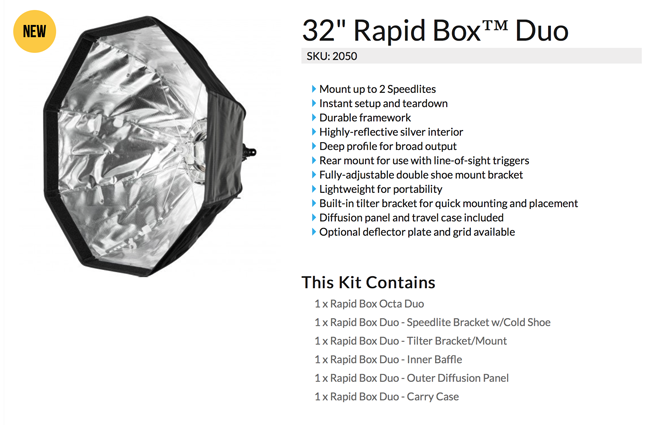 Number one is the ability to use two Speed Lights with Westcott’s custom designed tilting mounting bracket. With two Speed Lights, you are now able to shoot at F16 on a Sunny Day, or when less power is required, you can shoot at 1/4 power or 1/8th power for a faster recycle time. Previuosly the inability to shoot at F16 outdoors on bright sunny days was always a big drawback when it came to Speed Lights for me. In the past, I would lug a Studio Strobe and a battery pack on location, so I would have enough power to overcome the sun.

With the 32” Westcott Rapid Box Duo, you can now leave all the heavy gear in the studio and travel a lot lighter. It folds up like an umbrella and comes with a convenient carrying case. The dual Speed Light bracket isn’t the only feature that sets it apart from the rest of the Rapid Box line though. The new 32” Rapid Box Duo comes standard with an interior baffle and an exterior diffusion panel which creates a much softer quality of light than the 26″ Rapid Box.

You can also add an optional reflector plate and use the Westcott Rapid Box Duo as a 32” Silver Beauty Dish. This is a great feature if you require more power and added contrast. For those of you who demand more control of your light, they also have an optional Egg Crate Grid for more directional control. In case you are wondering, you can also use just one Speed Light as well. 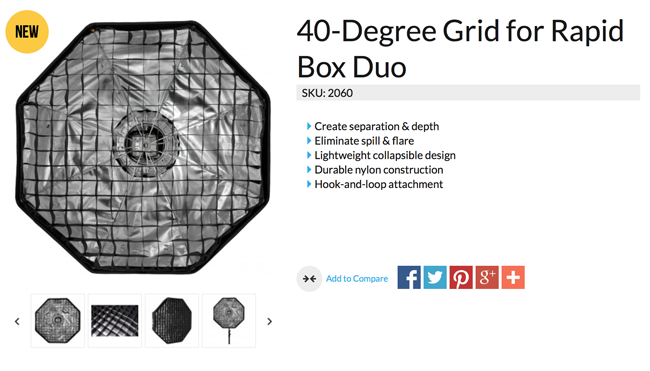 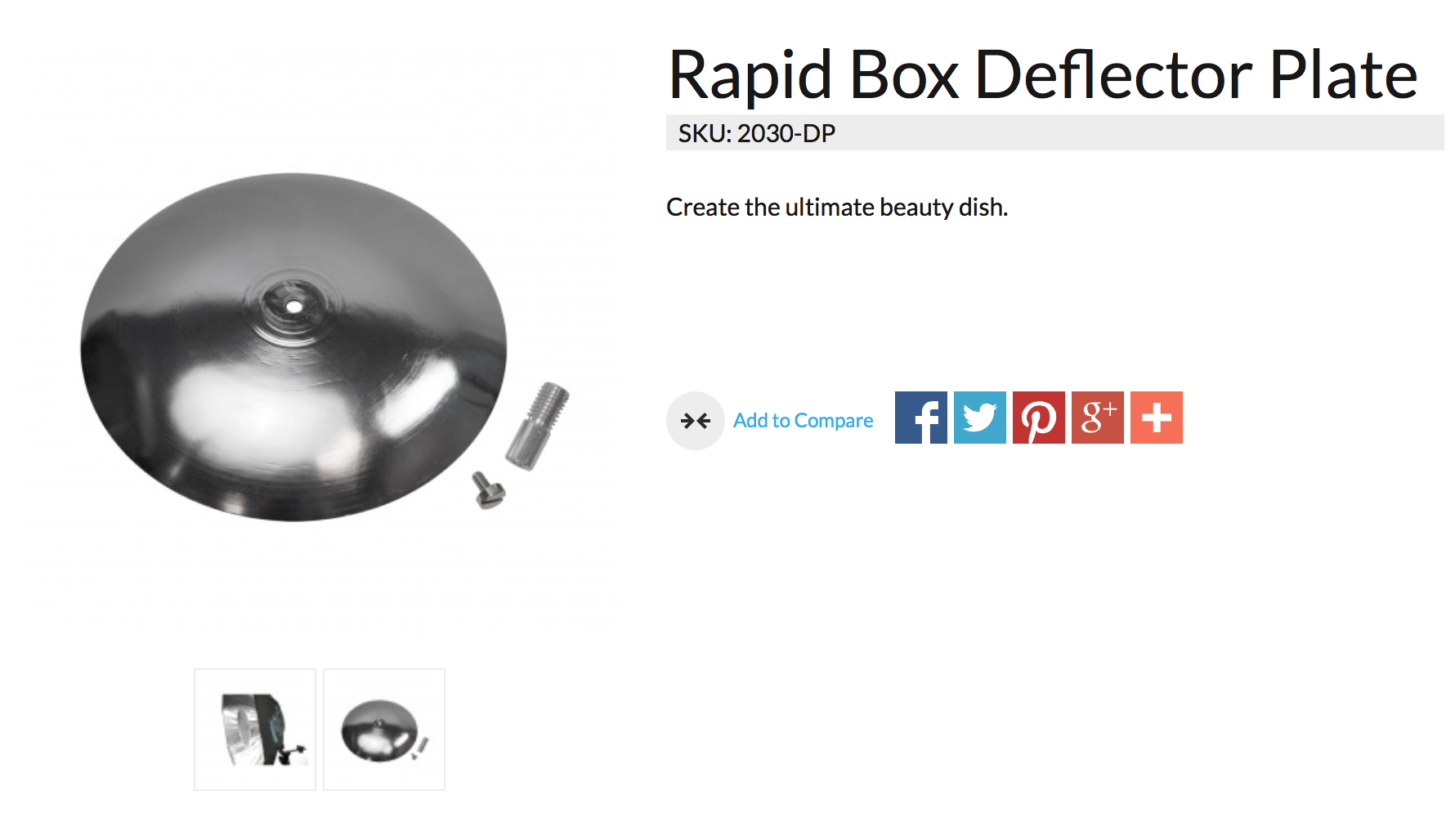 For those of you who are interested in the set up I used in the video, the boom stand was an Avenger C Stand with a D 600 Boom Arm and a Baby Drop Down Pin. The first lighting set up I used was two Canon 600 EX RT flashes at 1/8 power with both the interior baffle and the exterior diffusion panel installed. I also used a Westcott Silver reflector for fill. If I could do the shot over again, I probably would have used the White side of the reflector for softer fill. The camera I used in the first shot of the video was the Canon 5D Mark III and the lens was the Canon 135mm F2 lens at F2.8. 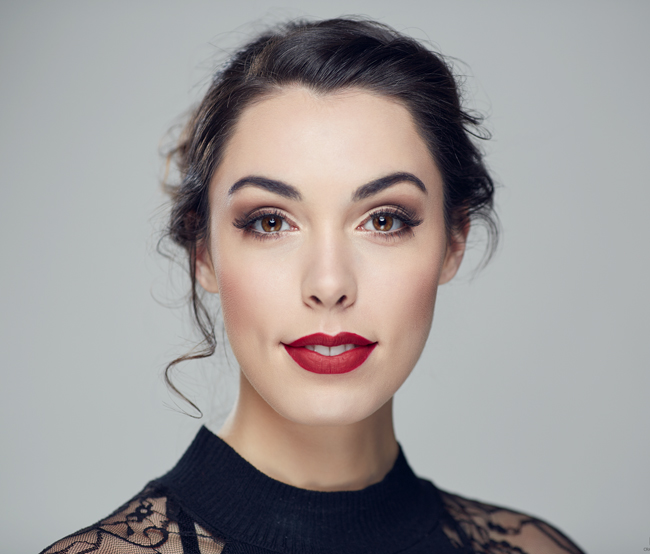 For the second shot in the video, I used just one Yongnuo YN 560 II Speed Light with both the interior baffle and the external diffusion panel installed. I also used a Silver reflector for fill in this shot as well. Except this time, I switched cameras and I used the Nikon D810 and the Nikon 85mm 1.4 at F2.

For the 3rd shot of the male model, I removed the exterior diffusion panel for a slightly harder light source and raised the 32″ Westcott Rapid Box Duo higher for a steeper light fall off to bring out the definition in the male model’s abs. I used the Nikon D810 and the Nikon 85mm 1.4 at F4 for this shot. By the way, the male model is also going to be my body double in future videos. (You will have to watch the video to understand the body double reference). 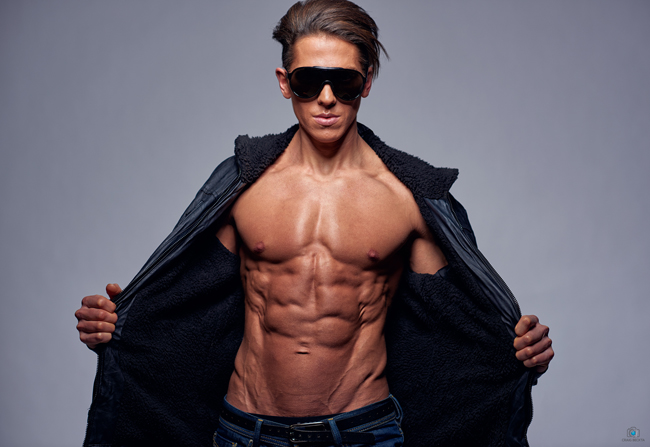 If I have one complaint about the 32″ Westcott Rapid Box Duo, it would have to be that the Deflector Plate and the Egg Crate Grid are optional and that they don’t come as standard equipment. It would be nice if manufacturers included everything you needed without having to pay extra for it. That said, I think the Westcott Rapid Box Duo will open up new possibilities for Speed Light users and I already am thinking of new ways that I can use it. I am also looking forward to lugging less gear on location on my next shoot.

If you enjoyed this video, I have over 60 free photography related videos on my YouTube Channel. Check them out: https://www.youtube.com/user/CraigBeckta/videos.

You can also find out more information about me at my website: www.craigbeckta.com and on Facebook: https://www.facebook.com/Craigbecktaphotography.

About The Guest Contributor

Craig Beckta is a Professional Portrait Photographer based out of Halifax, Nova Scotia. After 20 years in the Military serving both on land and at sea. Craig Beckta began sharing his love of photography via his YouTube Channel. His YouTube Photography Tutorials have been viewed over a million times in 193 countries around the world.

The Secret Garden: Dazzling Fairytale Worlds Created In One Small Space With One Backdrop