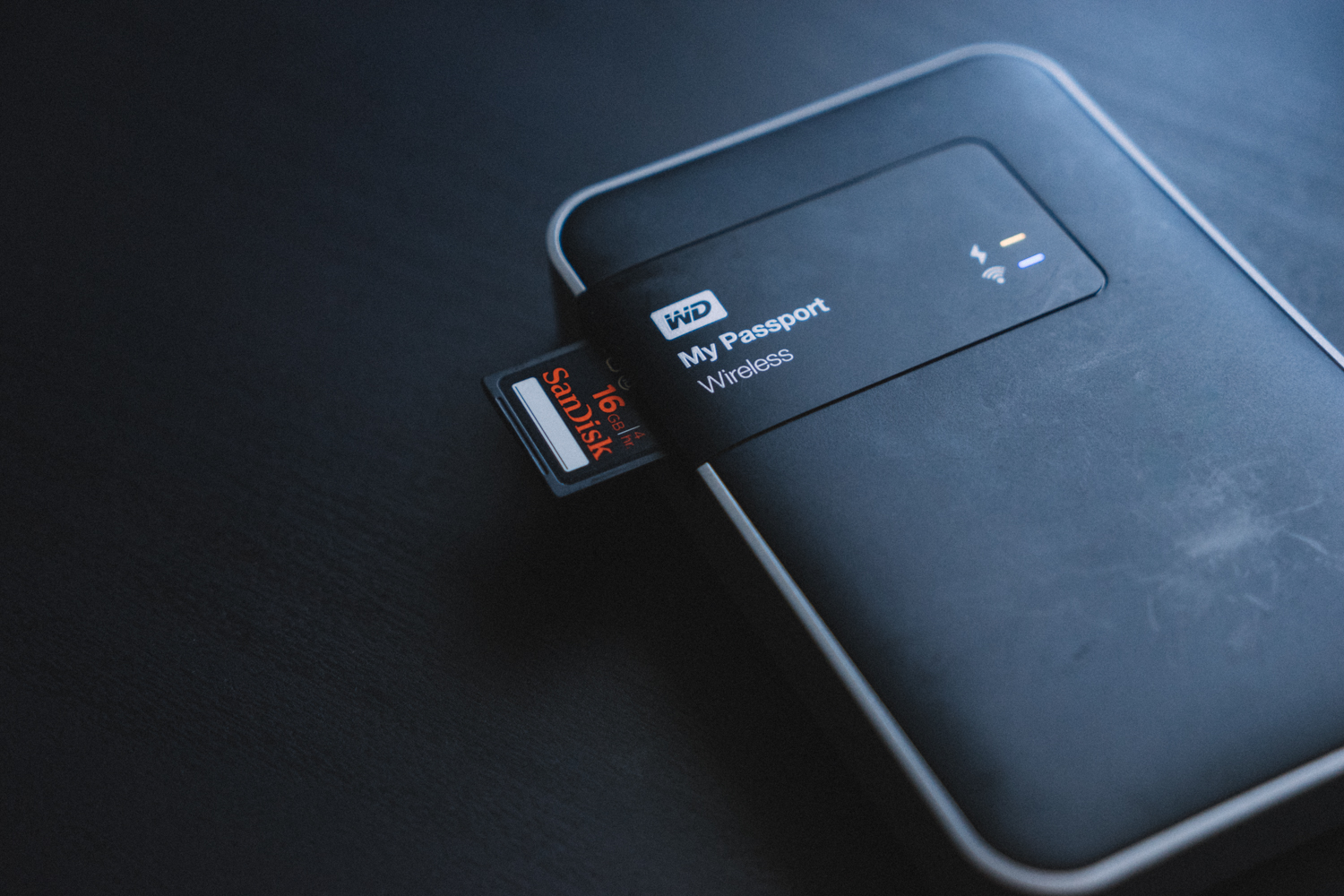 Revisiting the WD My Passport Wireless

Back in September, we released our full review of Western Digital’s My Passport Wireless, an external hard drive which we felt had great potential for data backups in the field, with somewhat disappointing performance. 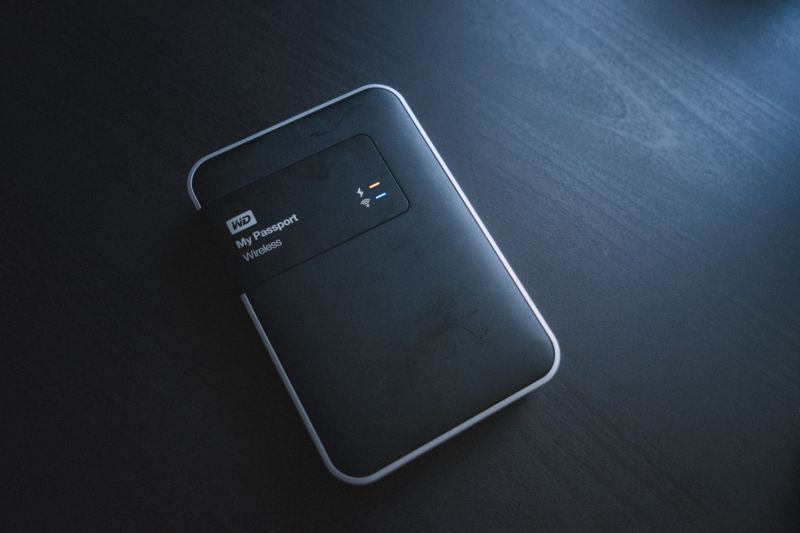 Now, going on 8 months later, having used the drive considerably since that initial review, I wanted to revisit the drive. Does it live up to its potential, and has performance improved at all from a firmware update? That is what I wanted to share with you all today.

If I am being honest, I probably would not have any reason to revisit this drive had I not recently discovered the firmware update. I have been using the drive for the last 8 months, and it has worked well, but I always wished I could get better performance. The 23 minute – or often much longer – transfer time left a lot to be desired. 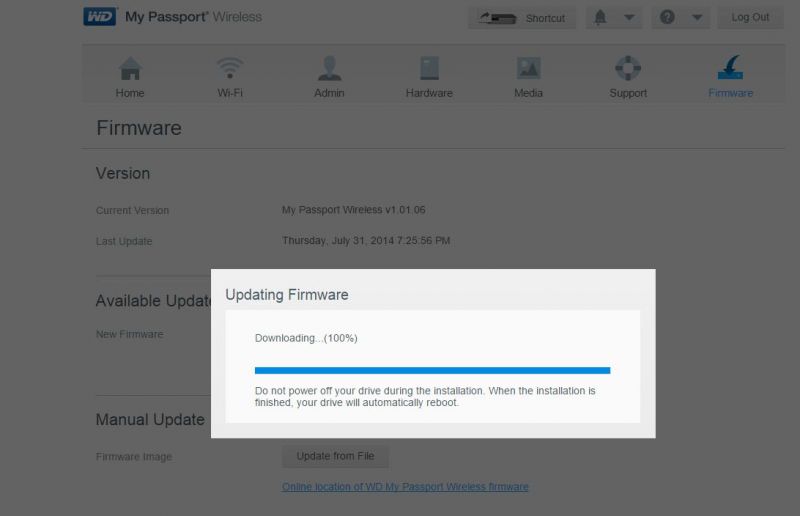 I recently found myself lamenting over how long it was taking to transfer some video files off the card onto the drive – which DOES take longer than photos – that I remembered the drive has a built in firmware update feature. So I checked the WD website, and sure enough, there was a firmware update that addressed a number of issues, but the main item I was happy to see was that they updated the SD transfer algorithm to increase transfer speeds.

I didn’t wait at all. I had to install this update and check on the performance improvement. In all, the firmware update process was simple enough, just access the drive via its web interface, navigate to the firmware tab and ‘check for updates’. About 5 minutes later, my drive rebooted and the new firmware was installed. Now it was time to see if the performance had improved in any significant way. 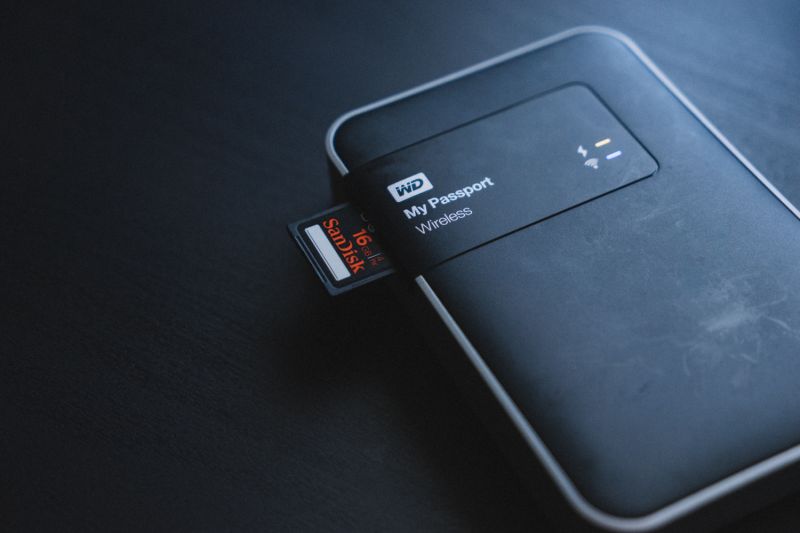 I loaded up my 16GB Sandisk Extreme SD card with a bunch of image files, full to the brim (only about 25MB of free space left) and loaded it into the SD slot bay and started the timer on my iPhone. About 17 minutes and 31 seconds later, the light stopped blinking, and the transfer was complete.

17 minutes is a pretty nice improvement over 23 minutes and is much closer to the 15 minutes or so that it takes to transfer on my internal SD reader (USB 2.0 controlled) on my computer. But one test wasn’t enough to convince me, so I formatted the card, and loaded it up again with a mix of images and video, and started the process again.

WD was able to shave a full 5-6 minutes off the transfer time from my completely full 16GB SD card. That may not seem like much, but that is a pretty significant performance bump. I also rarely ever fill my cards at a boudoir shoot, so actual real life transfer time for me after a shoot will be much quicker. 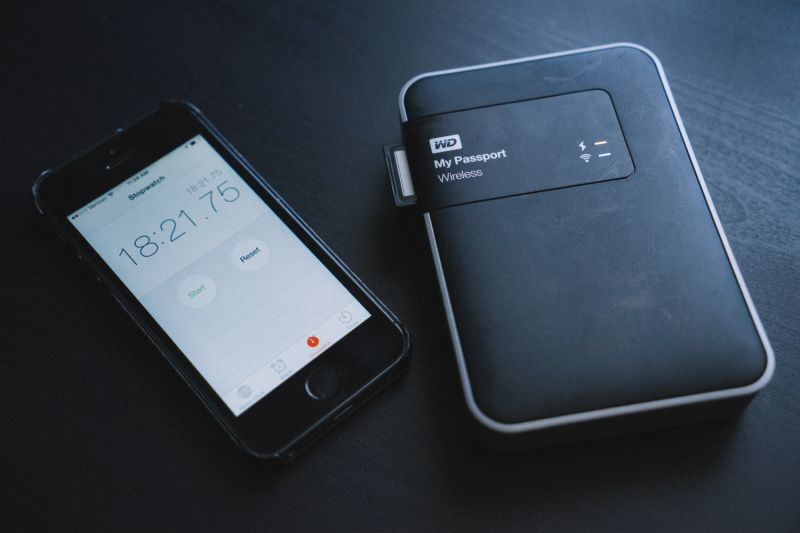 The studio I use regularly is about a 20-minute drive from my home. So when my shoot concludes, I stick my SD card in the drive and by the time I get home, the card will easily be done transferring. That is all I can really ask for and makes me loads happier overall with the My Passport Wireless.

The annoying part is that the firmware update actually came out many months ago. I just had no idea, so I had been using the drive this whole time with subpar performance when I didn’t have to be.

Regardless, this new firmware update for the My Passport Wireless makes this drive so much more functional and improves performance in a noticeable way – not just in SD transfer speeds. I already called it a ‘Must Have’ in my initial review, and this firmware update simply reaffirms that while addressing the few issues that I had found with the drive.

If you are interested you can get your hands on the WD My Passport Wireless now over on B&H for $179 in the 1TB variety, or just a few dollars more at $199 for the 2TB variant. You can find my full review of the drive here.