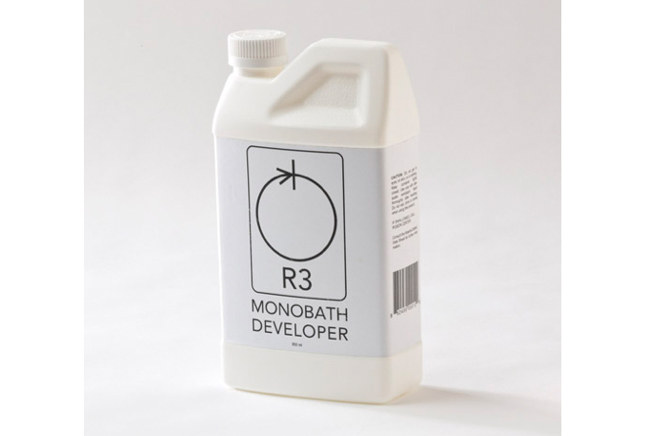 Those who have dabbled in developing proper film, know it can be all at once frustrating, and cathartic, and really a bit of an art form. Aside from the basic timing involved between developer, stop bath, and fixer, you can manipulate each to achieve a desired effect. This can be half the fun, provided you’ve got the time and the place to do it. It’s not always the most convenient.

Speaking of which, for the sake of convenience, all in one developer solutions, called monobaths, have been around for some time. Essentially, they are a single chemical solution used for the entire process of developing film. Typically they aren’t perfect, they contain ammonia, so the fumes are a bit much, but they are easy, and lend well to use in the field, or any dark area, even a bag. 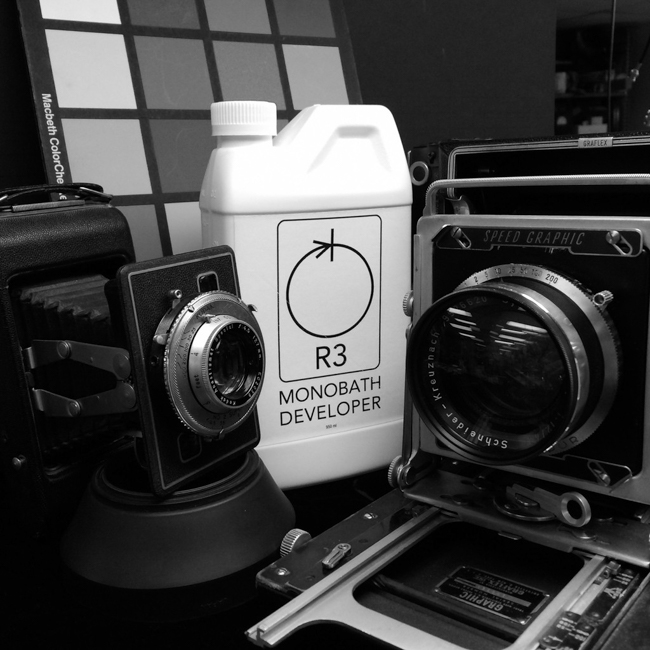 Of course, as with most things of convenience the trade-offs are less control of the developing process, but sometimes that doesn’t matter much. Bob Crowley actually disputed this claim by saying, “It works unlike the Haist book assertion which suggests that monobaths have to be tailored. They do not. Also, you can easily pull and push monobaths with temperature.” As such, the new monobath from New55 seems to do a great job developing anyway.

New55 by Bob Crowley initiated a Kickstarter campaign last year for a new line of 4×5 instant film, and it was a resounding success. This is his new venture. Given that instant film uses monobath to develop, it seems a sensible step, and by those who’ve used it so far, seems like a second success. 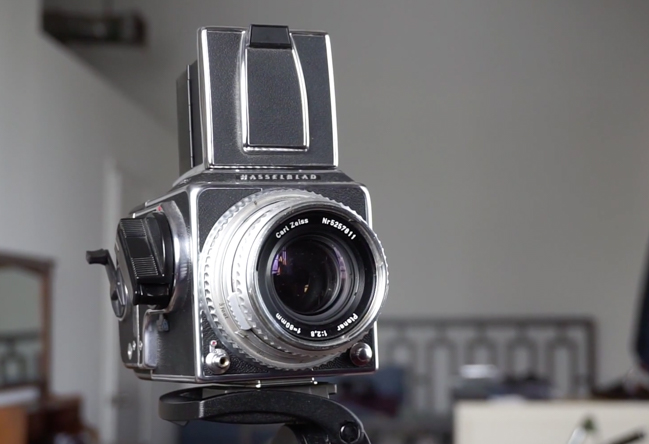 R3 is supposed to work with specific film types like New55 Atomic-X, Ilford Pan F, HP5 Plus, Shanghai 100, Kodak TMax, and Tri-X, Efke 25, but theoretically it should work with most, if not any typical black and white film, and according to New55, even old and exposed film that’s been sitting for years.

You can find out more on R3 here, how to use it on the blog, and example shots here. Also, check out the video below from The Art Of Photography on the monobath.

Source: The Art Of Photography

Upcoming Panasonic G7 To Include 4K Video, No DFD Focusing