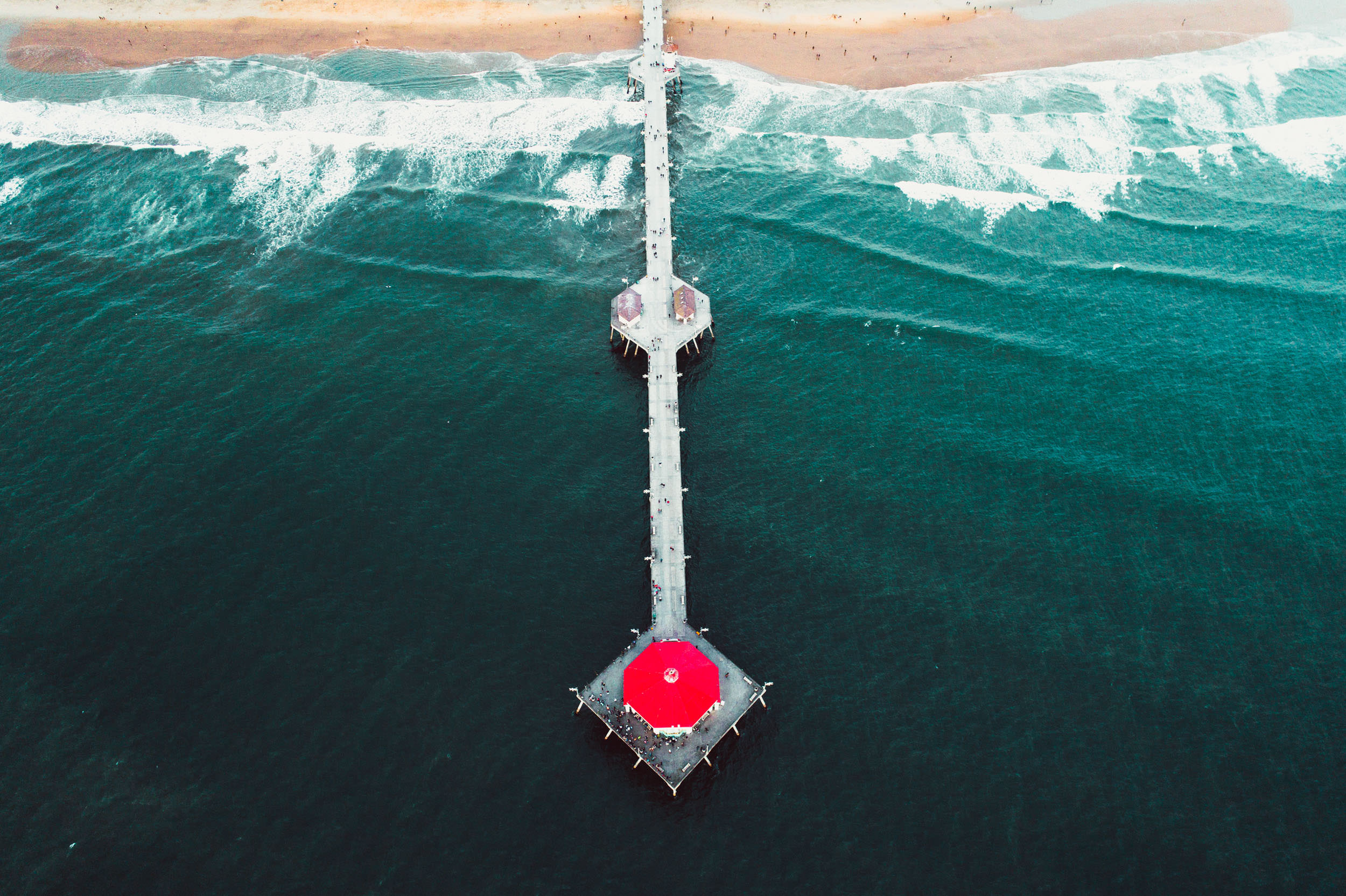 DJI Phantom 4 Pro Review | Is This the Gold Standard?

I’m not the type of person that nerds out on gear that often. Most of the time when an “upgrade” is announced it’s just that, an “upgrade”, with “quote fingers” emphasized. I think partly that’s good. People become way too reliant on gear in general and too distracted by waiting on the newest thing.

I wasn’t even looking for an upgrade after a year of using my DJI Phantom 3 Pro because there was nothing to look for. It worked great, the images and video options were stunning and I was getting a lot of great feedback from my drone work. I even ended up on the premium stock contributor team for Adobe’s Stock launch largely because of the photos taken with that drone. I had no complaints… 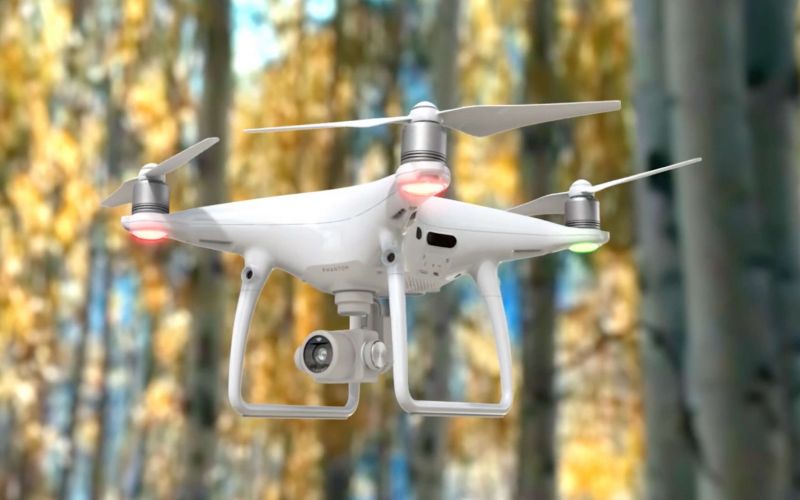 2016 seemed like it was one crazy innovation after another for DJI. Only a few months after I bought the 3 Pro, they released the 4. And then the Ronin and the Osmo and at the end of last year, they released the Inspire 2 and the 4 Professional. It was like when other competitors started getting close they went straight up Vin Diesel and hit the NoS button. I love love love companies who refuse laziness and continue to innovate, even when it’s them competing with themselves.

Learning and practicing drone photography was a highlight from 2016 for me. As an Adobe Ambassador I was invited to their MAX event in San Diego and there met a couple of the good folks from DJI and after some back and forth emails they sent me with their brand new Phantom 4 Pro on my trip to Lake Tahoe over New Years holiday. 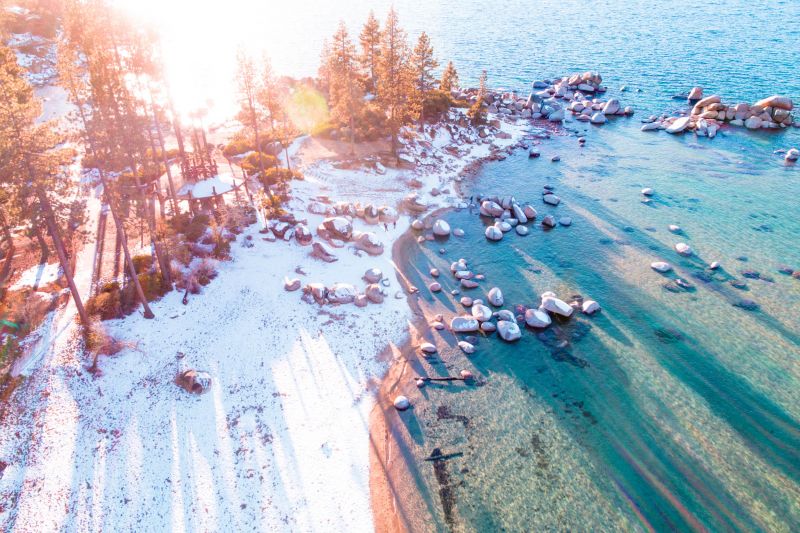 Two disclaimers you should know: 1. No one is paying me to say any of this. It will come across as overly complimentary but, trust me, I was trying to find problems with it and struggled. 2. This is a practical review. If you are the type that needs to see numbers and graphs and pixel peeping there are people way more qualified than me to give you that kind of review. I’ll just speak as a guy who already likes my Phantom 3 Pro and has high expectation from my drone shots.

You’ll also notice I didn’t test or review any of what I’ll call emergency needs. I didn’t test minimum or maximum temperatures or fly it towards an obstacle or long distances over water or out of sight. There are safeguards for a lot of these issues but I wanted to make sure it got back to DJI in one piece (but more so that I could also get it to the beach after my trip for some sweet overhead beach shots). 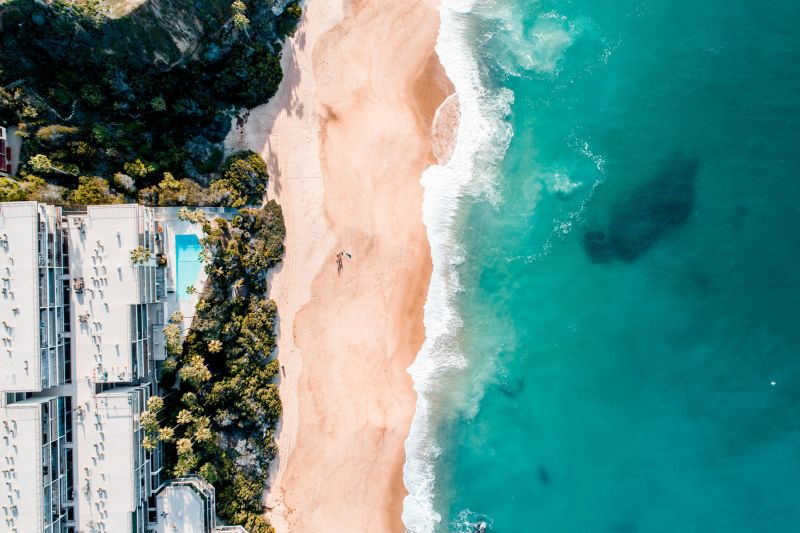 This thing is pretty. Not in a superficial, flashy way, but the way that you’d appreciate a fine scotch; it’s just sexy. It’s sturdy without being bulky, it’s aerodynamic without being weird-sci-fi looking, and looks and feels more capable. I love the quick locking mechanism for the propellers too. I have had issues where I’m seeing a shot unfold in front of my eyes and any amount the time it can cut down just to get out of my backpack and assemble is appreciated. The gimbal is one of the most notable upgrades over the 3. I also love how the memory card slot is now on the side of the actual shell case rather than underneath on the gimbal component. 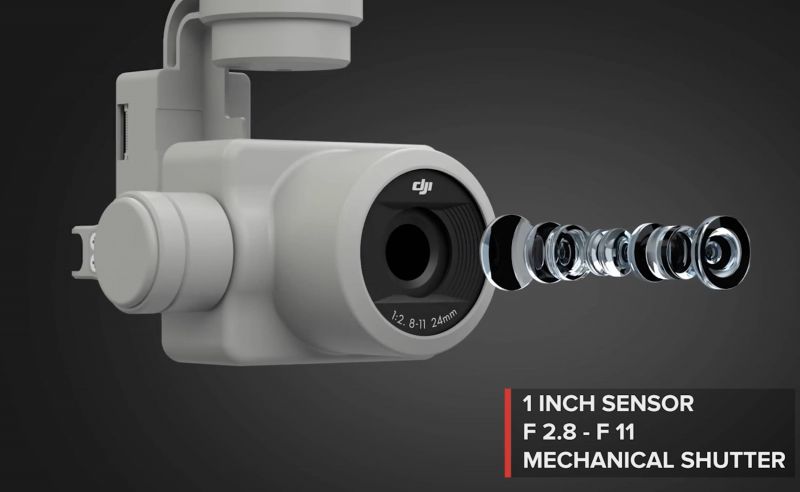 On the 3 there would be moments I would have to wait up to 2-3 minutes before it would be warmed up enough to fly. It never seemed like it was a consistent time so I wasn’t sure if it was a software or firmware issue that could be fixed through a setting or upgrade but it never bothered me enough to look into it. The 4 though, booted up very quickly. I was flying it in Bishop, it was probably about 40° outside and there was a warning on the DJI GO app saying to fly with caution and that the batteries were too cold.

I still ended up flying it… with great caution. I’ve had my iPhone(which is used as the monitor for the camera) shut off because of being too cold, which was scary but I was able to land the drone safely after that happened, I didn’t think the fate would be the same if the drone powered-off mid-flight. I shoot a lot in cold weather so I’d want to look more closely at this, and all of the other warnings if I end up with one of my own. Having a new issue pop up when your gear is a hundred feet up and away is a terrible feeling.

The 4 is insanely fast and insanely responsive. I needed to adjust the sensitivity of the motors because it was so fast and responsive that it made some of the camera movements jarring. Specifically for video you would want to tone back the sensitivity on these motors, but if you needed it to be able to make some quick movements it is more than capable. There was also hardly any radio signal loss or weak connection while I was flying up in the mountains, over water, and over the road.

The 4 is also unbelievably stable when it’s holding still. I don’t know what kind of witchcraft or voodoo this thing uses but it was able to stay stable enough for me to get sharp 3 second exposures which opened up a whole new kind of interest for me doing long-exposure drone imaging. 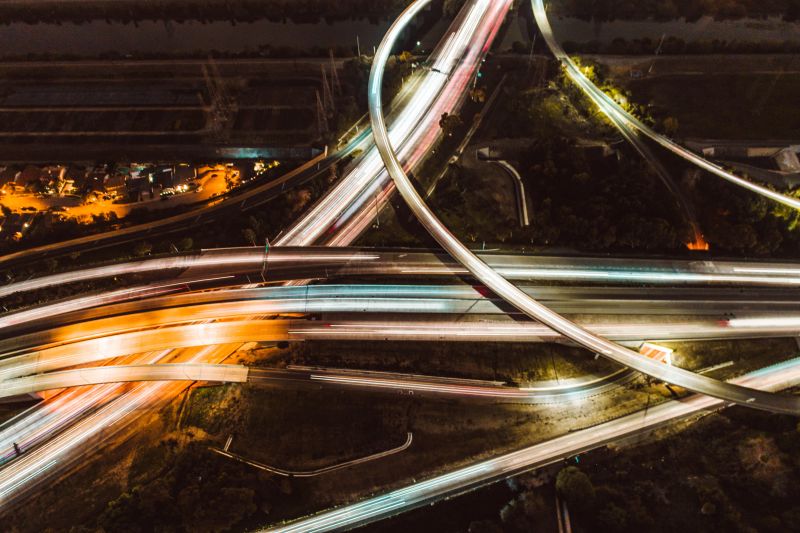 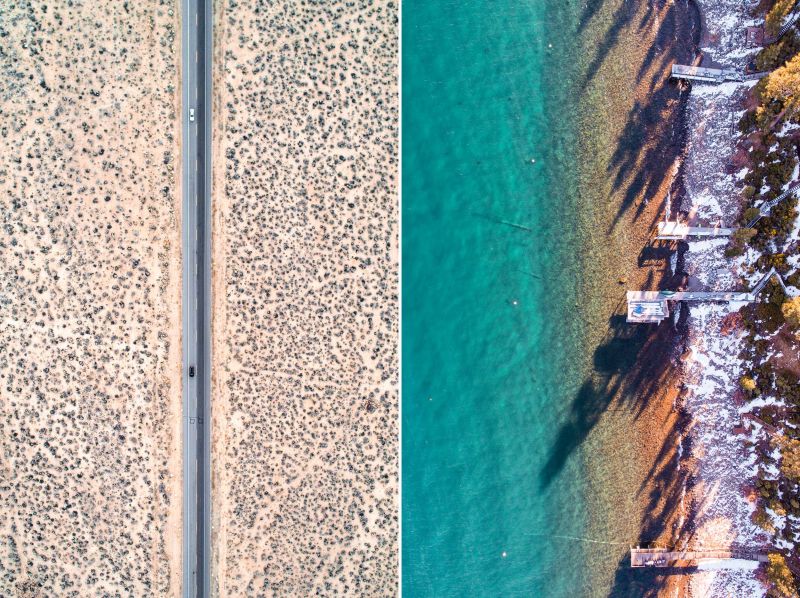 The 1-inch, 20megapixel sensor on this thing is really, really good. It produces images 5472px long, and they are sharp, clean, and consistent across the frame. I had a couple issues with my 3 Pro’s sensor and sent it in to be repaired/replaced (customer service is/was very helpful and responsive) so maybe I just got a really good version out of the box this time but it was surprising. I love being able to pull the drone hundreds of feet up and still able to zoom in and see details in a wave, or lake, or side of a mountain. 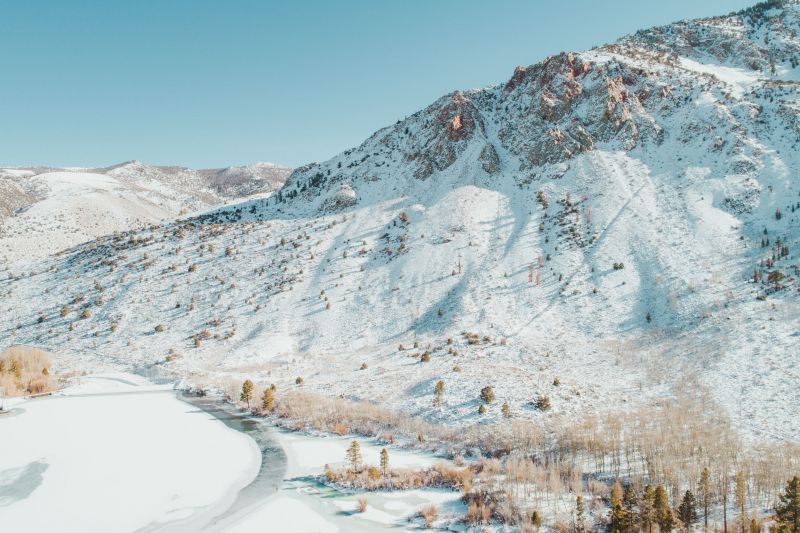 I also love being able to see crisp outlines of people overhead and have their long-casted sunset shadows still visible because there is plenty of dynamic range to have details in the shadows. I need it to be able to pick up nuanced details and color in snow and water, it’s a lot of those details that I’m most passionate about in my work. When I shot all of my images using the DNG option and with a flat profile, which is also how I shoot on my Canon DSLR, I feel it gives the most editing flexibility.

One of the main benefit’s of DJI’s system is that the camera does not give a fisheye look like you’d get in some of the GoPro drones out there. I love the wide angle and with the 4 Pro, you also have the ability to adjust aperture and manually focus. For my uses right now keeping most of that on auto has given me the exact results I want. With the stability the DJI has in the air along with it’s incredibly improved ISO noise it really opens up some night shooting possibilities that I’m looking forward to trying out more. 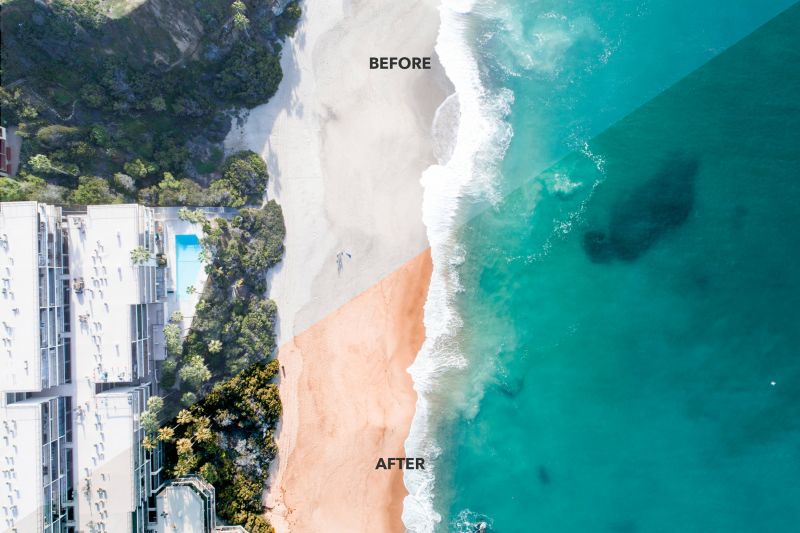 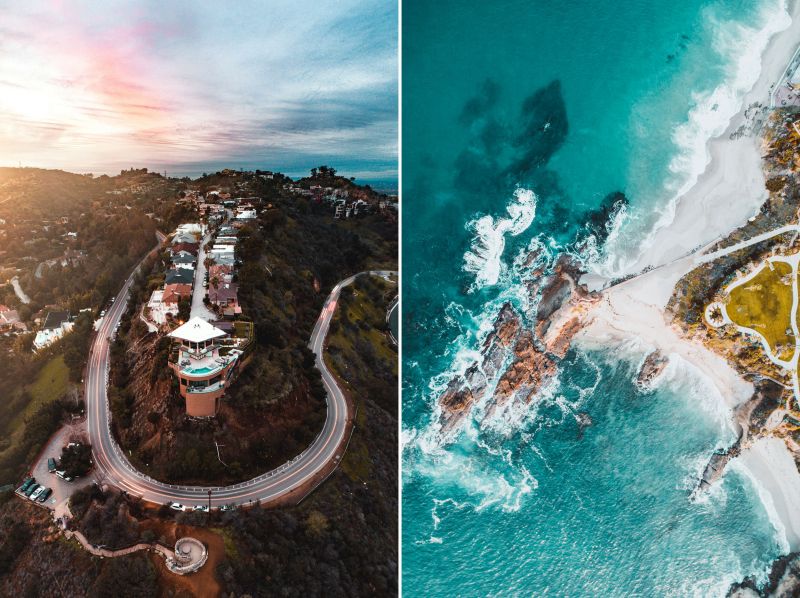 I haven’t spent nearly as much time making videos as I’d like, and I wanted to test out the LOG color profile while shooting video as well as how it did shooting at 4k and also 1080p at 120fps. The fact that you can shoot 4k video at 60fps was a little mind bending to me and really made me want to look into making some video visuals from my trips.
I wish I had something more profound or technical to say regarding the video footage, but all I know is that it was awesome. I was able to create LUTs and apply to the footage easily and the amount of color information the LOG profile retains is amazing. I have friends who fly drones often and make videos in auto mode with a normal color profile and they also turn out really good looking so maybe I’m giving myself an unnecessary in-between step. I just like to see what the files can do at their limits. 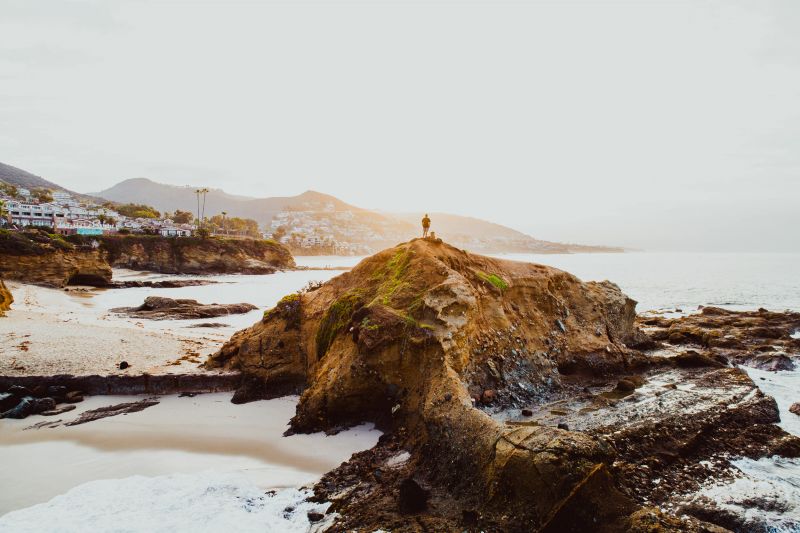 I couldn’t imagine needing anything more than the Phantom 4, but I said the same thing about the Phantom 3. Maybe I’m just new enough to the aerial photography world that I enjoy it enough to look past any amount of criticism. I think now is a great time to have fun with the incredible technology available and create some provocative and innovative imagery. The Phantom 4 is accessible enough for a hobbyist and robust enough for the professional and I can’t wait to get my hands on one more full time. I think it will be a helpful tool in my hopes to draw people into a wonder and respect and passion for the world.

[RELATED: Drone Image Prep & Processing | A Guideline For Getting The Drone Shots You Really Want] 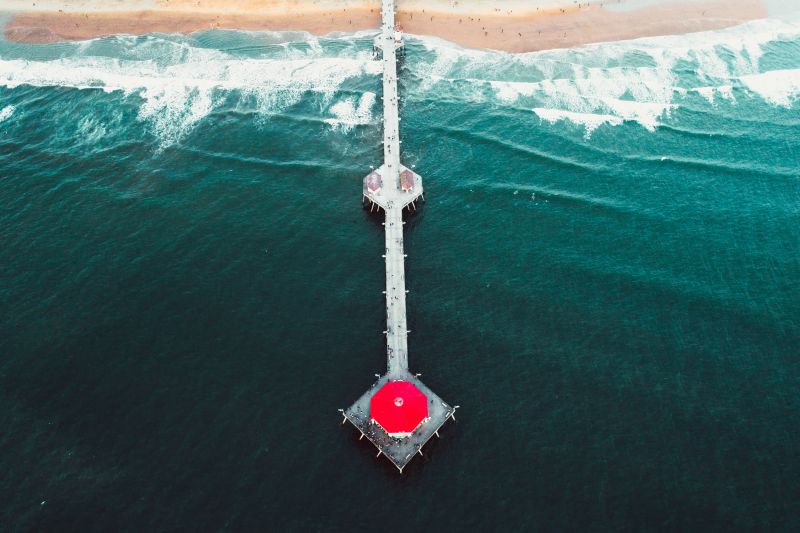 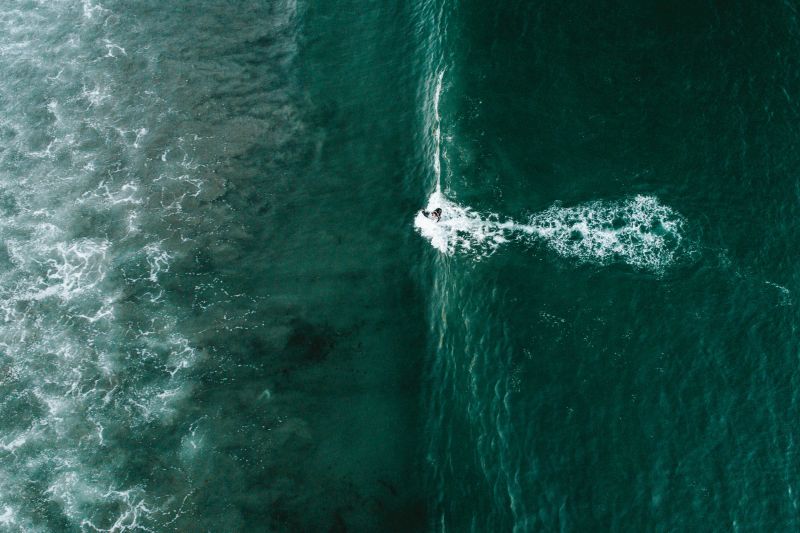 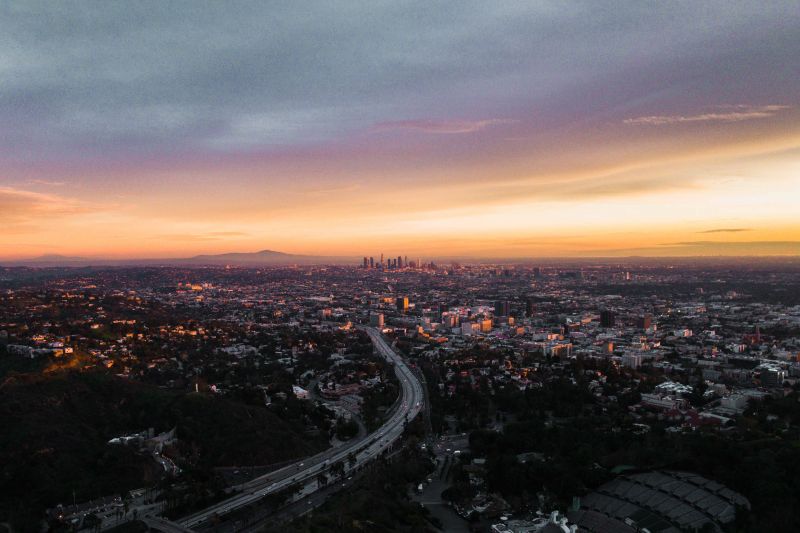 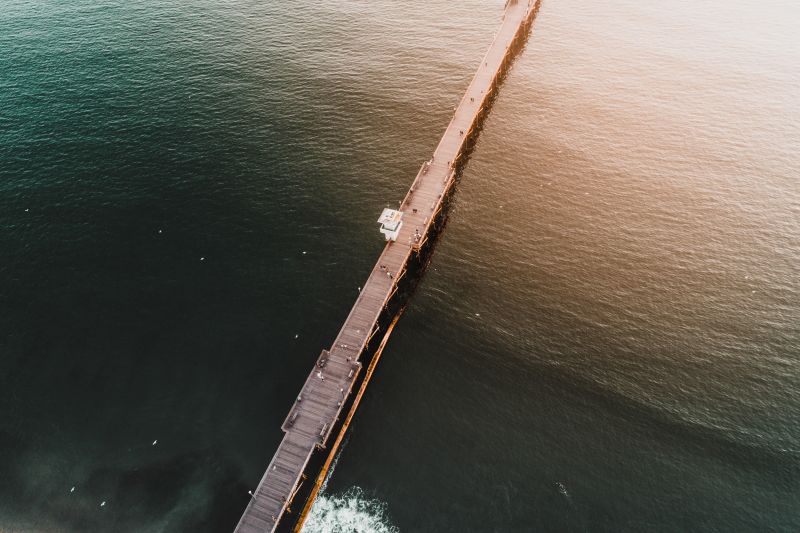 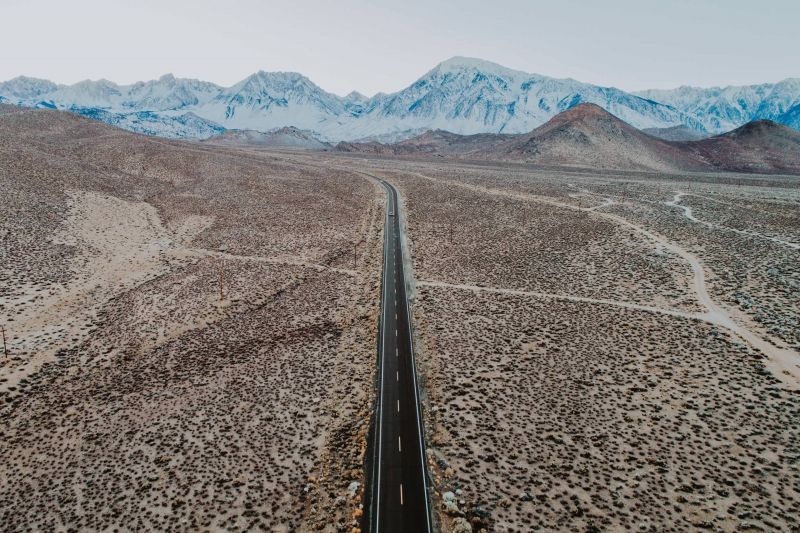 Former Fashion Photographer: Why Do Many Models Look Like 'Dead Bodies' In Fashion Magazines?