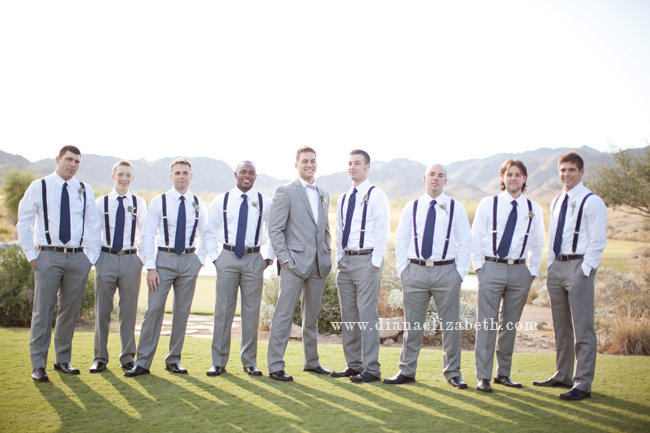 If you primarily photograph women, shooting a man can be challenging and intimidating, knowing very well that men work and think much differently than women.  The thing to remember is that unless you are photographing a male model, most men do not like having their photo taken, they rarely do, and a photoshoot isn’t the time they unleash their “practice poses” because they don’t have any. Most of your male clients most might be in front of your camera due to a special occasion such as a wedding or engagement session, or they need a professional profile shot.  The key is to make it enjoyable, and that can also mean making the session as quick and painless as possible.

[Rewind: Check out the Art of the Headshot by Peter Hurley for More Headshot Education] 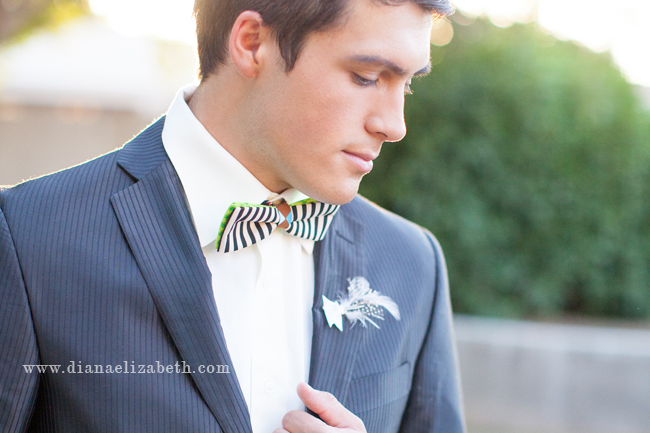 Things you can do while shooting male portraits

Know his goal for the photos – does he want to look tough, friendly, or have an executive presence?  Then put him in positions and make sure his posture gives that feeling.  It helps if you know your client’s goal and can come better prepared – look at magazines if you can.  You need to work fast, which means really knowing your settings.  You’ll make your client very happy if he doesn’t have to think about his posing and the session is quick.

If looking like an executive is the role, try a squat as an alternative from the typical stance. 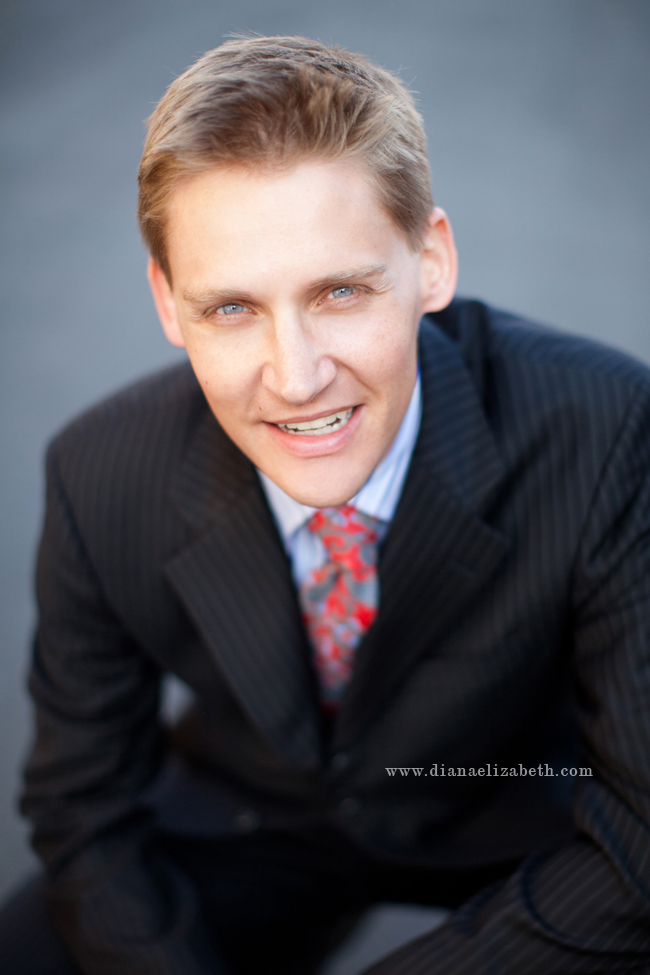 When a male sits, be strategic on arm placement and leg angles. 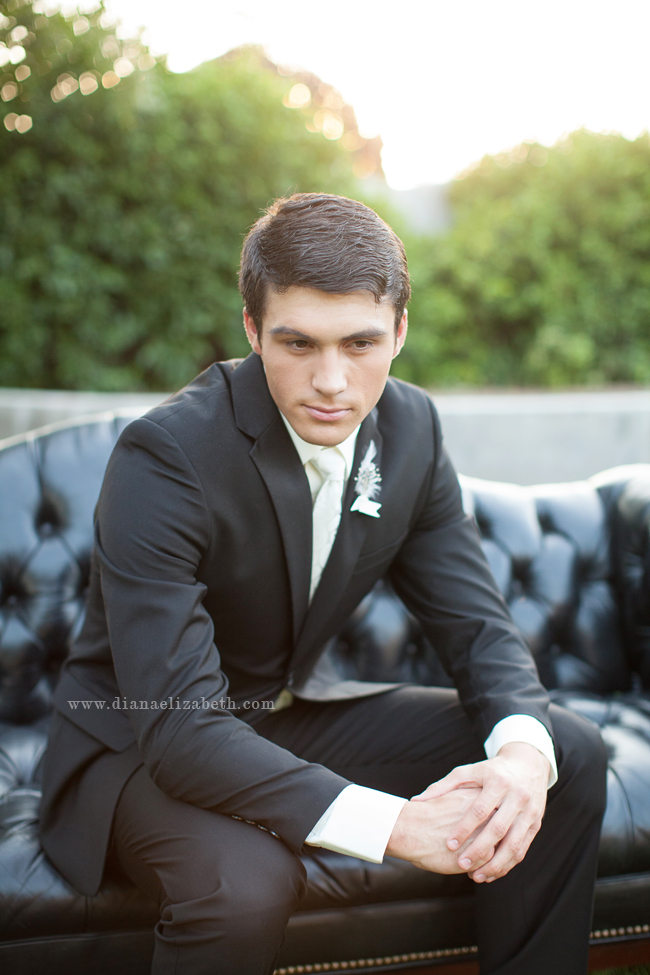 An assignment for a magazine, this was a comedian profile shot.  Of course, I had to get him in his natural state, laughing. 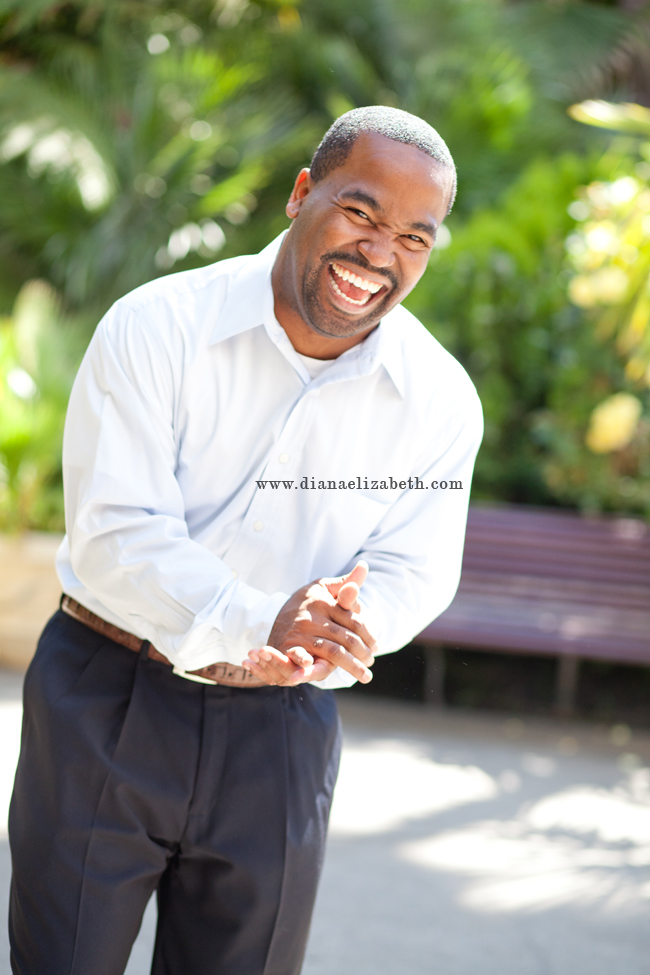 Canon 6D vs Nikon D600 - What are Canon and Nikon thinking? Diana Elizabeth is a Phoenix-based wedding and portrait photographer who specializes in personalized, creative, and uniquely styled sessions. Visit her website at www.dianaelizabeth.com.