SLR Lounge > Camera Reviews and News > The Nikon D810 – How Does It Fit Into Today’s Market? 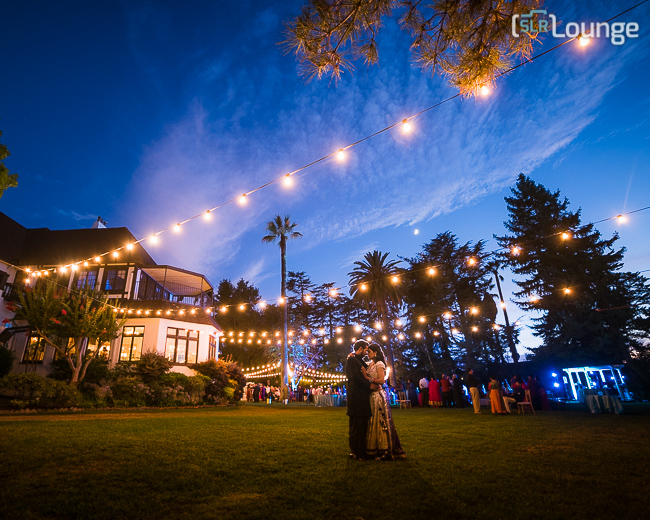 While writing my review of the Nikon D810, the biggest difficulty I felt was definitely the struggle to compare it against such a vast array of competition.

On the one hand, it’s by far one of the greatest DSLRs ever made.  Aside from its “parents,” the Nikon D800 and D800e, no other DSLR offers the same resolving power and dynamic range.

On the other hand, innumerable serious photographers are dumping their DSLR system entirely in favor of mirrorless cameras like the Sony A7R.

…Or at least, that’s what the excitement on the Internet would have you believe.  Suffice it to say, the DSLR design is perceived by many as an old dog with no new tricks.  So, how does the D810 actually fit into today’s market?  I briefly talked about who should buy it in my formal review, but I wanted to expand on this a little bit more.  How does the D810 compete directly with other DSLRs, and how is it affected by the rising tide of mirrorless cameras?

The good news is, photography has never seen more exciting times, technologically speaking.  Today’s camera options are downright incredible, with an awesome variety to choose from.

The bad news is, this causes people to feel like camera bodies, and sometimes entire systems, are obsolete almost as soon as they’ve bought them.

In reality, this simply isn’t the case.  Indeed cameras are getting better and better, some are getting smaller and lighter, others are getting faster, stronger, better…  Yada yada yada…  However, no camera magically becomes LESS capable when its replacement shows up.  Plain and simple, people dwell on superiority, or inferiority, depending on how you look at it.  The grass is always greener, as they say.

Mirrorless cameras are awesome, and they provide a handful of highly useful features and advantages over a traditional DSLR. Let’s face it, one is an older technology, the other is more cutting edge, more efficient.

There is still plenty to be said for optical viewfinders,  (not here and now, though!) …and in my opinion, a traditional DSLR is still a powerful tool.

I’ll leave it at this:

With that said, keep in mind that the following discussion is mainly for those few photographers who push the envelope in truly crazy directions.  (Directions like this!) 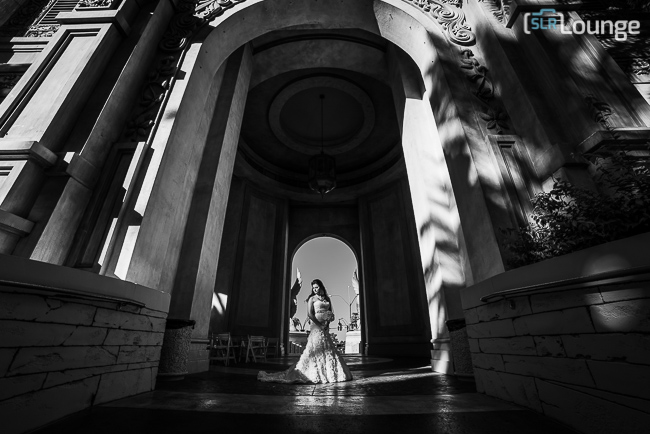 The Nikon D750, ironically, is probably going to be the D810’s biggest competition.  Only the most discerning pros (or the most elitist, or biased/nit-picky) are going to find that they truly need what the D810 offers, compared to the D750.

If you’re looking for something lighter and smaller that is better suited for general photography, from astro-landscapes to weddings to action sports, the D750 is probably the right camera for you.

Or, put another way: 50% of the folks who buy the D810 would probably have been better off, or at least just as well, with a D750 instead in my opinion. 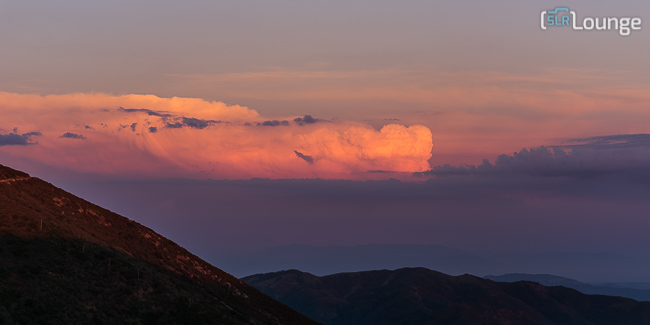 Believe it or not, you can get a used D800 for under $2K these days!  If you’re looking to upgrade your Nikon DSLR to something in this range, in my opinion the D810’s second-biggest competition will be used D800’s / D800e’s…

The improvements between the two (three) cameras are significant enough that if you have ~$3K to spend on a new camera, and you prefer to buy brand new gear with a warranty, you absolutely should get the D810.  Especially if you’re extremely demanding of your camera’s low-light autofocus and FPS. (I’m looking at you, D700 shooters!)

However, if you’re on a ~$2K budget (Or have been eyeing a ~$1K lens!) and don’t need the speed/focusing, just the incredible image quality, then don’t hesitate to scoop up a used D800e instead.

As you probably noticed when reading the review, a fair number of the things I praised about the D810 were already available on the Nikon 800-series, especially with the latest firmware update.  And for the most part (dynamic range & high ISO), the D800 and D800e can already do everything the D810 can…

Last, but not least in the 36 megapixel club, we have the Sony A7R.  It and the D810 are such different beasts, however, that your choice should be based on personal preference / need:  Do you crave the weight and size of a mirrorless system?  Do you need those bells and whistles of an EVF? (Such as focus peaking, a “bell” not to be sneezed at!)

Then the D810 is just not for you.  However, if you’re simply a jealous/scared Nikon shooter who is itching to spend money on new gear, I’d offer a word of caution:  The Sony A7R is a 1st-gen product, and has plenty of quirks/shortcomings in my experience.  The whole A7-series just isn’t quite there yet.

Sony still has a generation or two left before they can truly match the D810’s professional power.  No, that’s certainly not stopping many pros and serious hobbyists from being early adopters, and they’re probably doing just fine!  To be honest, it mainly depends on your level of OCD with respect to camera control and functionality.

It also depends on how far you push the envelope, and in what direction you push.  Personally as an astro-landscape photographer for example, I still strongly prefer traditional DSLRs for the work I do.

Then again, I’ve all but given up recommending traditional DSLRs to any of my friends who are just getting into photography, because I feel like it’s downright silly to start them off on a beginner DSLR when they simply are better off with a decent mirrorless setup. 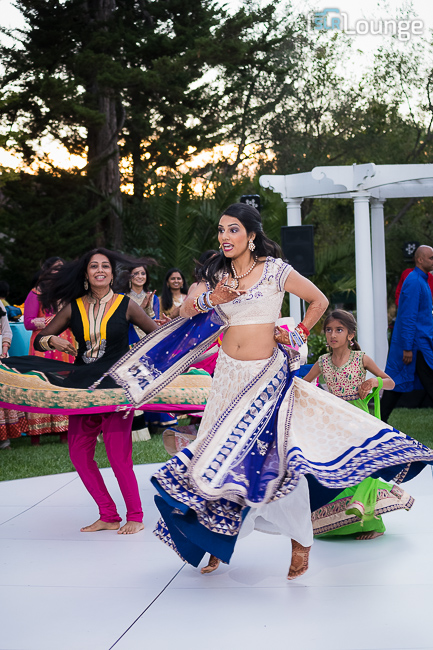 The Canon 5D mark III, which has been around for about as long as the original D800, (more than 2 years) is still quite a fair match to the D810 at first glance and on paper.  It offers 6 FPS full-frame instead of Nikon’s 5-7 FPS variations, and in general, the same overall performance. Where the 5D mk3 falls short of the D810 is only the one thing where all Canons seem to fall short: dynamic range. And considering that most folks are quite happy with Canon dynamic range, I won’t beat that dead horse right now.

However, as someone who has used both cameras very extensively, I do feel that Nikon functionality has begun to pull ahead of Canon.  It used to be that for every advantage Nikon had, there was a disadvantage and Canon’s advantages balanced things out.  Experienced veterans would just shrug and say it was a matter of preference.  Now, however, I’m hard pressed to find aspects of camera control or customization that I envy on Canon, while Nikon’s list of functions that other cameras lack is growing.  I can adjust Kelvin WB without going into a menu or turning on live view.  I can use face-detect scrolling during image playback zooming, which is huge as a wedding / portrait photographer. Plus a handful of other, more obscure features.

So, how should I put this nicely?  I feel like the D810 makes the differences between Canon and Nikon less subjective, and more undeniable.

However the margin is still very slim, and most of the actual advantages are still relatively quirky. So you’ll still find yourself asking, “what direction am I going to push the photographic envelope, and which camera or system is right for that direction?”

Similarly, keep in mind everything else I said about how cameras these days are all highly capable tools. One camera gets an A+, the other gets an A-.  You’re gonna graduate either way, kids!  I’m only describing the situation because it’s fun to discuss things.

Any Nikon shooters who’ve tasted FX with the 600-series, but are hungry for more performance and reliability, definitely check out out the D810.  Then again, consider the D750 instead if you’re fine with the D610‘s overall control layout and are ONLY frustrated by its autofocus performance and shooting speed.  The D750’s control layout will be very familiar to a D610 user, while the D810 will be something a bit more complex.  Only consider the D810 if you’re ready for even more robust build quality and that pro feature set .  If you’re very happy with a D610, then there is a chance that a D810 would be overkill for you. 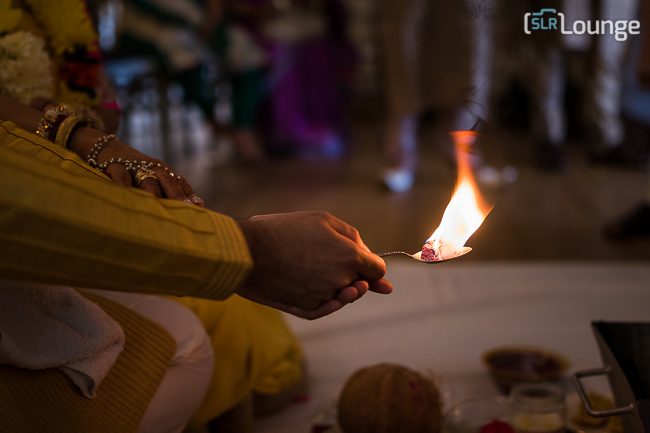 Since the Canon 5D Mark III already matches the D810 roughly for speed and general shooting performance, a potential 5D mk4 has two areas where it could really shame the D810:  It could offer 4K video, and it could offer equal/greater resolution with equal/greater dynamic range.  Unfortunately, I have serious doubts about Canon’s luck with a massive dynamic range improvement, and I personally don’t even WANT 40-50 megapixels or 4K video. To those who do care, however, even if Canon only marginally improves their dynamic range, 4K video is highly likely and will probably be a very big deal. 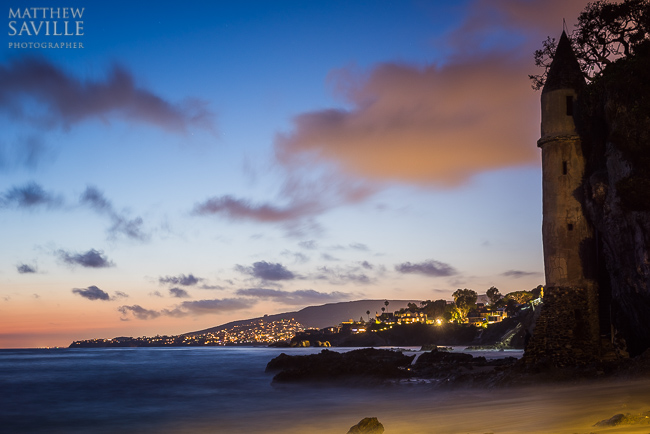 So despite being a little pricey, and part of a soon-to-be outdated lens system, the Nikon D810 holds its own against all competition.  If you’re a pixel-peeper, please keep any bragging to a minimum.  If you’re a hard-working pro, well, you probably stopped reading this article halfway through and got back to work.  If you’re frustrated, or confused, or earnestly trying to figure out what to buy, my advice is this: take a week or a month, keep shooting with the camera you have, and think about it a little more.

Personally, I have faith that both Canon and Nikon are not going to “pull a Kodak” and stick their heads in the sand about mirrorless much longer, and/or eventually fail in business because of Sony or any other competitor.  Within 1-2 camera generations, we’ll see some amazing options from both.  And we’ll be able to use all our lenses on them!  I’m not in any rush, and for what I do, a DSLR is still the best choice.  What about you?