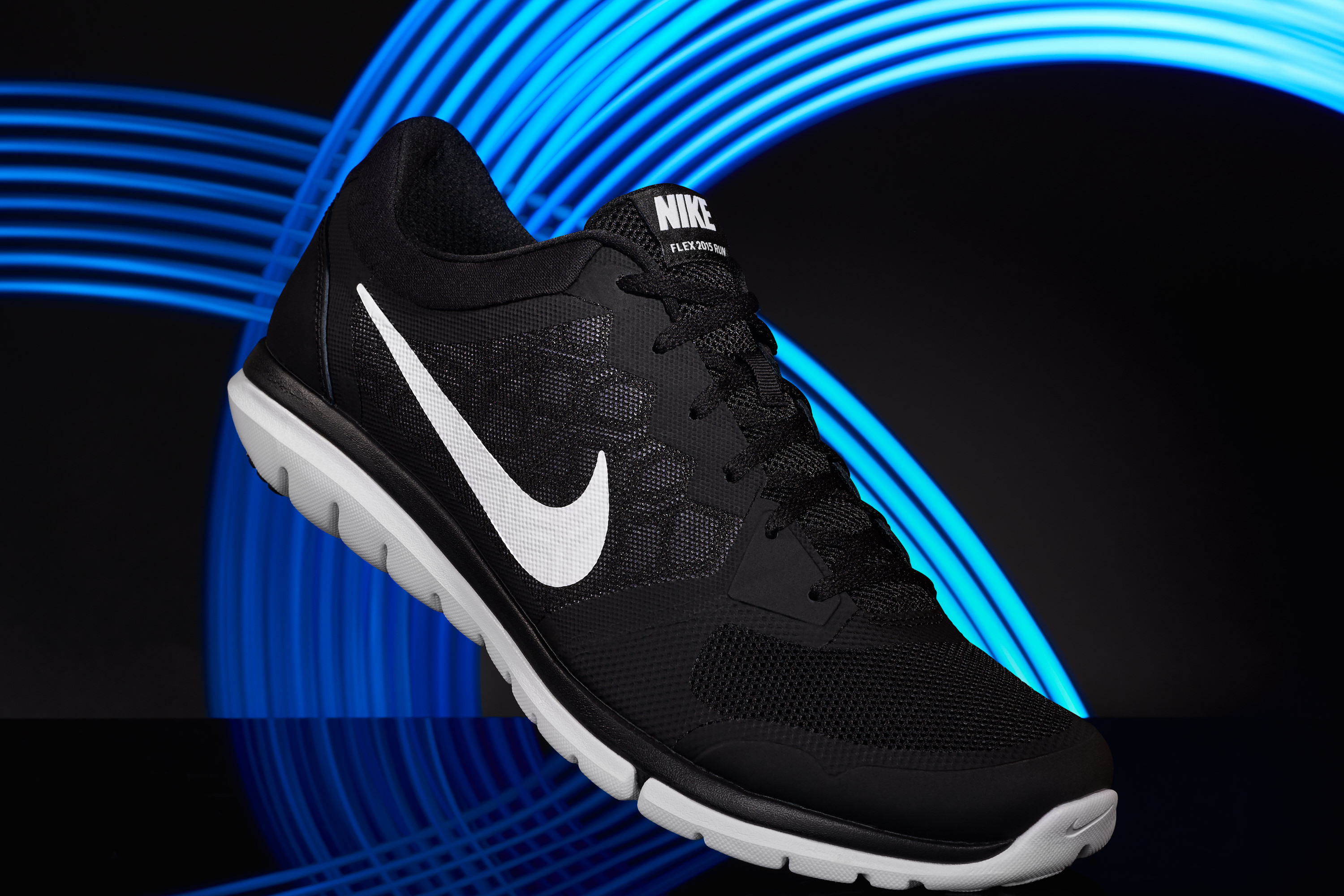 I was watching Advanced Splash Photography For Professionals, a Photigy course I’ll be reviewing in the coming months, and became inspired to get creative. One of my current goals is to create 2-3 high-end product photos each week. Watching Alex Koloskov messing around with paint in the Splash Photography course, I couldn’t help but feel a little jealous. I may not be able to use paint at the moment (need some new strobes) but light painting sprung to mind, and that is certainly doable.

I knew that I wanted this image to convey some sort of story. Or at the very least, for there to be some kind of logical connection between the elements I wanted to include. You will regularly hear it, and it is very true, encapsulating a story (or in other words a deeper meaning) within your imagery, will elevate it to new levels. It’s the bridge I’m attempting to cross now with my product photography. Sure, sometimes I’ll create something simply for the cool factor, but more and more, I’m striving for something with a little more meaning.

[REWIND: ANYONE CAN DO PRODUCT PHOTOGRAPHY | HOW I SHOT THIS BAG]

Within product photography, I want that meaning to convey something about the product. In this instance, these Nike running shoes are known for their breathability. That’s one of their key selling points. As such, I wanted the image to have a cold and breezy feeling, while at the same time appearing very high-end and cool. 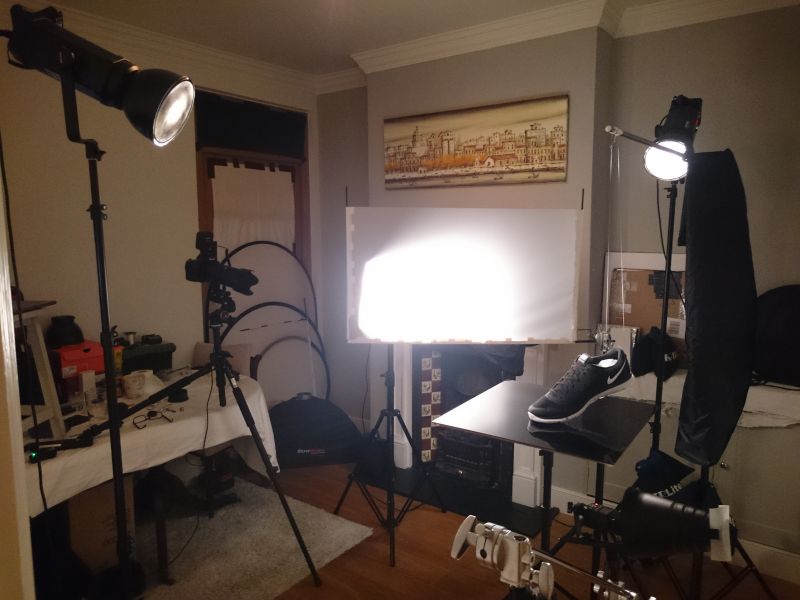 In total, I used four lights, plus the light I used for the light painting. In the BTS photo above, you’ll note what a tiny space I’m working in! Don’t let space hold you back. Next, I’d like to draw your attention to the lights on the top left and right of the frame. These were the two main lights for this shot and were both Bowens 500 Pro’s with reflectors and 10-degree grids on. The grids allow me to have extremely precise control over the positioning of the light.

The light left of the frame was used to highlight the Nike logo on the tongue. It was also positioned in such a way to cause the light to skip across the rest of the shoe. The effect of this was to bring out the texture. The theory was exactly the same for the other main light. However, this light was positioned to highlight the large Nike tick.

The next light you can see is a 2-foot stripbox, which I placed at a 45-degree angle to the scrim in front of it. By doing so, I created a gradient on the scrim and thus on any glossy parts of the shoe (there aren’t many). This light also acted as a fill. You’ll probably have noticed the hint of a silver reflector hanging from the stripbox and the black side of a reflector clipped to the boom arm at the back. The purpose of these was simply to block, or flag the light, stopping it from falling on the background. 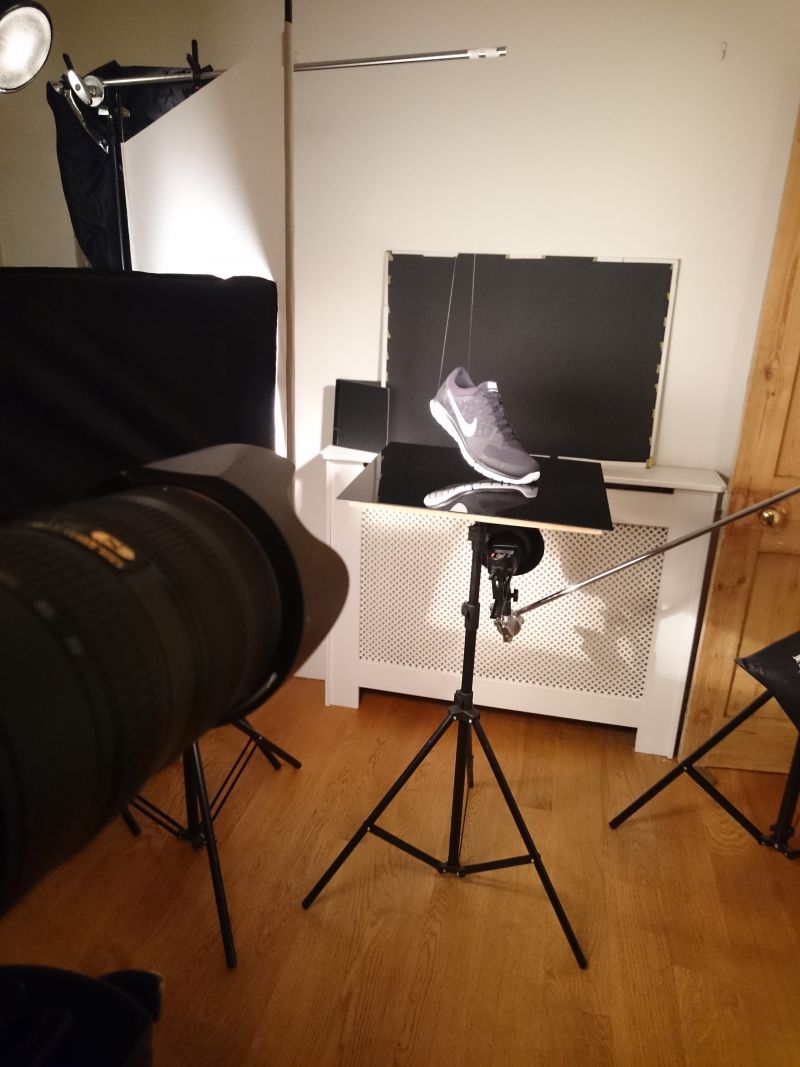 In this last image, you can see the final light underneath the table. This is a Yongnuo 560 IV with a snoot attached to it. The purpose of this light was to add a small highlight on the background, drawing one’s attention even further toward the shoe.

All in all, it’s a simple set up, but it takes a long time to refine and perfect. If you’ve read my previous product photography “How I shot it” articles, you’ll know the importance of perfection. Images may appear simple, but it’s this obsession with perfection, within every aspect, that sucks up your time.

Editing | Get It Right While Shooting To Avoid Headaches In Post

It’s not always necessary to get things 100% correct in camera. We can all concede that’s it’s advantageous to do so, however, only when it will save you time in the long run. If it’s quicker to do it in post, and there is not a loss in quality, then I have no qualms with completing the photo that way. With this image, I made some silly mistakes which ended up in severe editing headaches (Although, the headaches may also have been brought on by some serious man flu).

I’ll explain exactly how I did the light painting a little later, but it was this that caused the trouble. The idea was to capture loads of different movements and combine the best in post using the Lighten blend mode and Blend If. However, the moment I nudged the shooting table, I should have stopped and removed the shoe. Because I didn’t, masking was a bit of a nightmare. It was nothing that couldn’t be solved, but what took hours in Photoshop could have been completely avoided had I not let my excitement get the better of me.

[REWIND: DOWN & DIRTY DODGE AND BURN TECHNIQUE USING ‘BLEND IF’]

As always, you can see I have a very light touch with my editing; just a couple of things get tweaked (I’m lying, of course). While I did do a lot to this image, it was mostly changes to very small details. Despite this, the whole edit still took a very long time, especially as I couldn’t decide which combination of swipes I liked and hence edited five versions!

Knowing what to do (and what needs to be done) to your images is a skill which comes with practice. Having a logical editing workflow will assist you in this regard, no matter what level of photographer you are. My editing workflow goes something like this; build composite, clean, sharpen, edit contrast, edit color. Within each of those elements are often many steps, but that’s the order things get done. Not necessarily the literal order you will see on the layers, though. 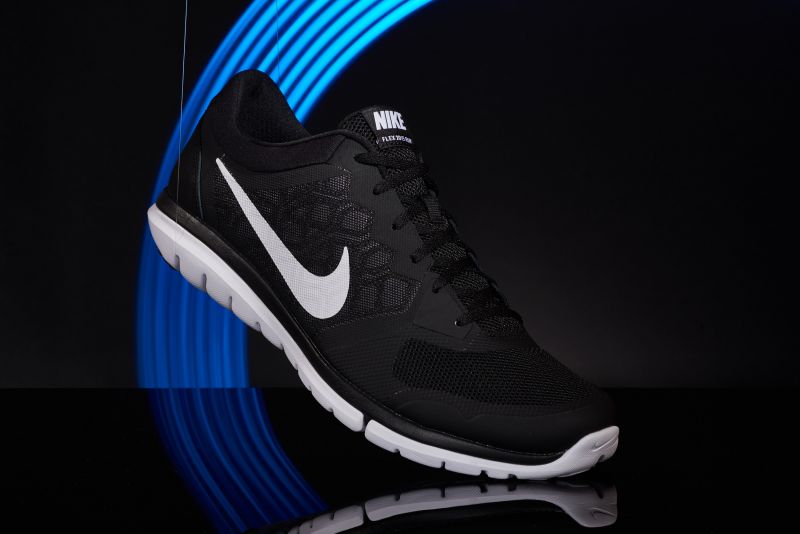 Light Painting (And Getting Carried Away)

It may surprise you to hear, but I have never done any light painting before. Although I am very familiar with the necessary steps, I have never had the need. As such, I was pretty excited when the pop of my strobes exposed the shoe, and some purposeful waves of my magic light wand (technical term there) resulted in some very cool photos. One such photo would be the image above. That is pretty much a SOOC image. It’s gone into Capture One and had the Clarity and Structure boosted, plus a very small adjustment to the Highlights and Shadows.

To create the light painted swipes, I used an exposure of 6 seconds. I was in a dark room, shooting at ISO 100 and f16. This meant that the 6-second exposure was not enough to pick up any ambient light. After my main lights had gone off and correctly exposed the shoe, I had a 6-second window to move my magic light wand and create some interesting shapes. The wand itself was a very simple tool. I purchased this car inspection light and taped some CTB (color temperature blue) to it. 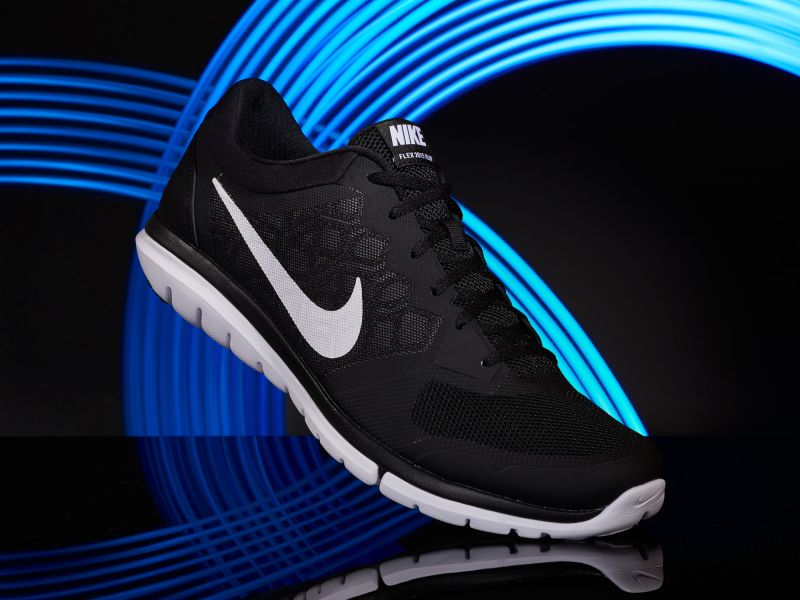 The key to the light painting was getting the right movement. I wanted perfect arches with very little wobble. I also found that if I managed to have the light hit the lens during its arch, that part of the arch became brighter than the rest. This made the streak appear to be shimmering in places. In total, I took about 160 different images of light trails and then combined the best in post.

Cleanliness Is Next To Godliness 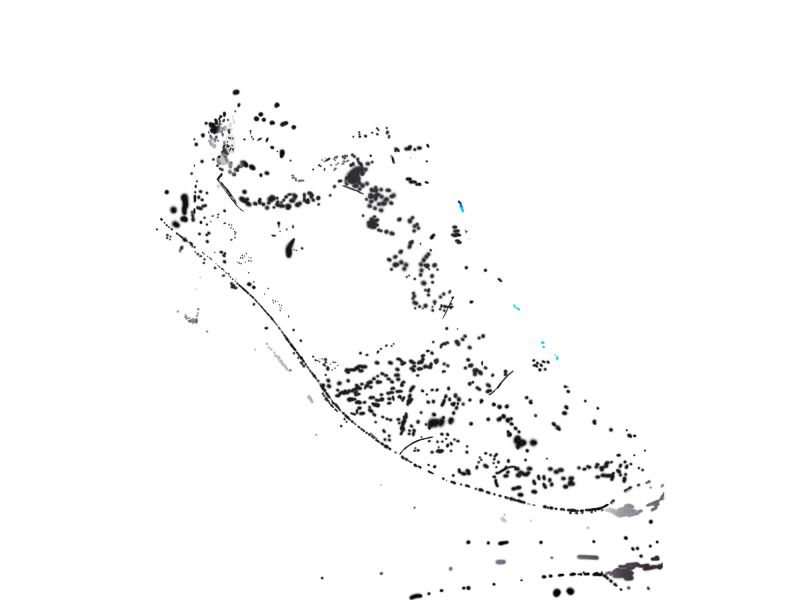 I’ve mentioned it a couple of times now, but it’s time to hammer it home. Product photography should be an exercise in perfection. A tell-tale sign of amateur work is poor attention to detail. These shoes were brand new, out of the box, and on to the shooting table. You’d think that brand new shoes wouldn’t need much cleaning. Well, take a look at my cleaning layer above. That’s made up of the clone stamp tool, healing brushes and a lot of time; especially the seam at the bottom of the shoe (the long line you can see). That was a bloody nightmare. Having cleaned everything thoroughly, I was left with the following: 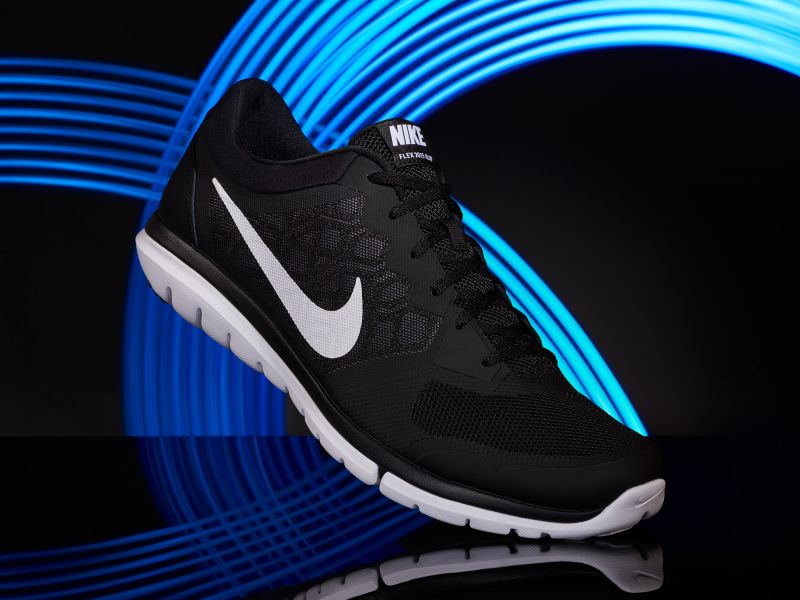 As I talked about above, the latter parts of my editing workflow are sharpening, adding contrast (via dodge and burn, etc.) and editing color. Sharpening can be done however you fancy, but I do suggest taking the time to find out how to do it properly and NOT over sharpening. The main techniques used for the adding contrast phase were: dodging and burning using curves, constraining some of those edits using groups with masks created using the pen tool; using Blend If to restrict the application of my layers to either the Highlights or Shadows, and finally, using Blend modes to ensure I was not tampering with the color while adjusting the tones. To do so, I simply used a luminosity blend mode when adjusting luminance and a Color Blend mode when adjusting color.

The last couple steps you’ll be able to see in the layers are: toning down the reflection and removing some blue. I felt the reflection was a little strong and so to tone it down, I just painted behind it and lowered the opacity. Thankfully, I already had a mask of the reflection, so this was easy. Removing the blue, left over from the light painting, was done by using a Hue and Saturation layer.

And that was it! This is the final photo and following it are the many other versions I created as I am too indecisive. Feel free to tell me which you prefer in the comments below. 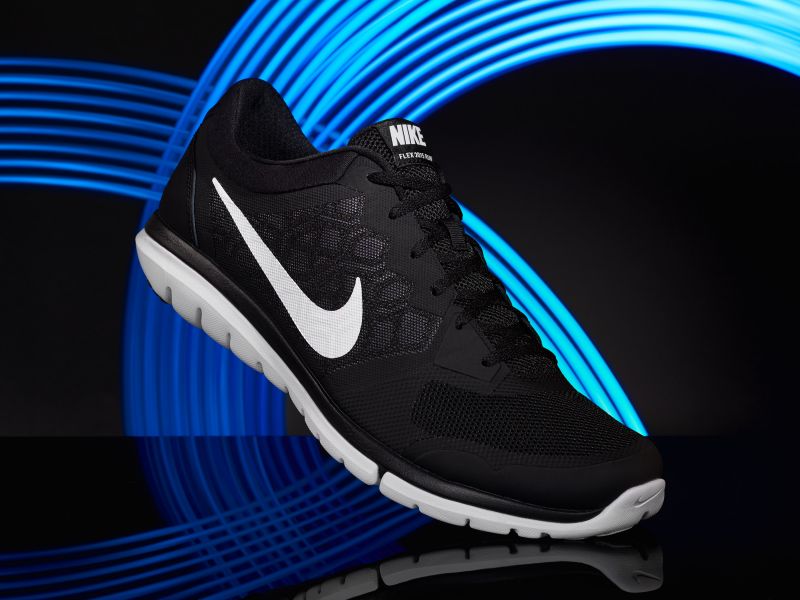 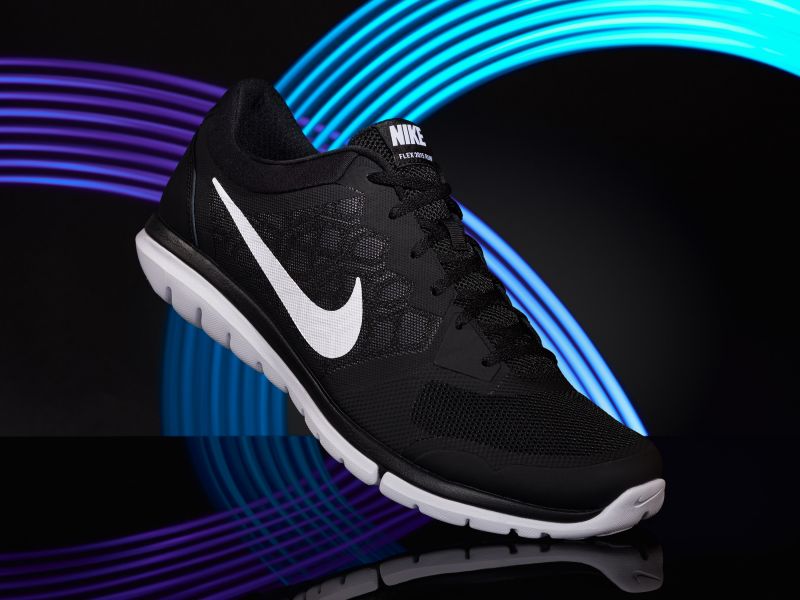 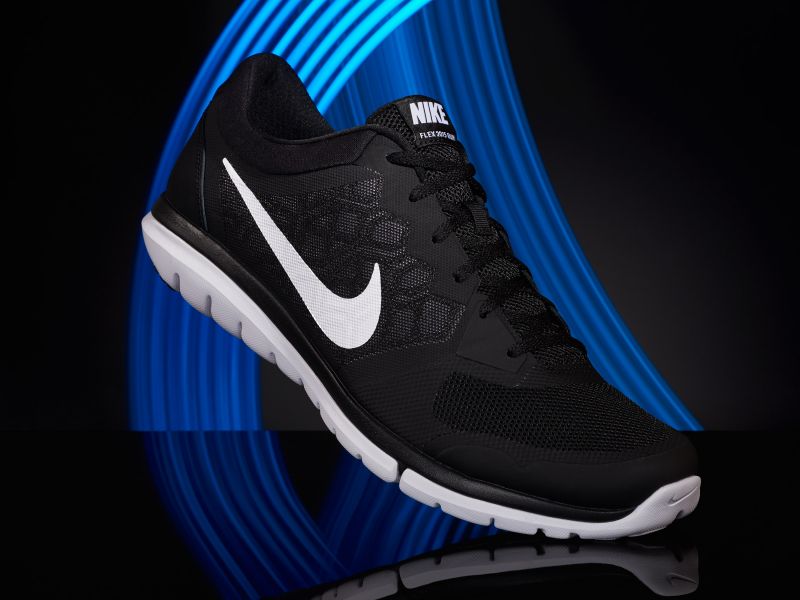 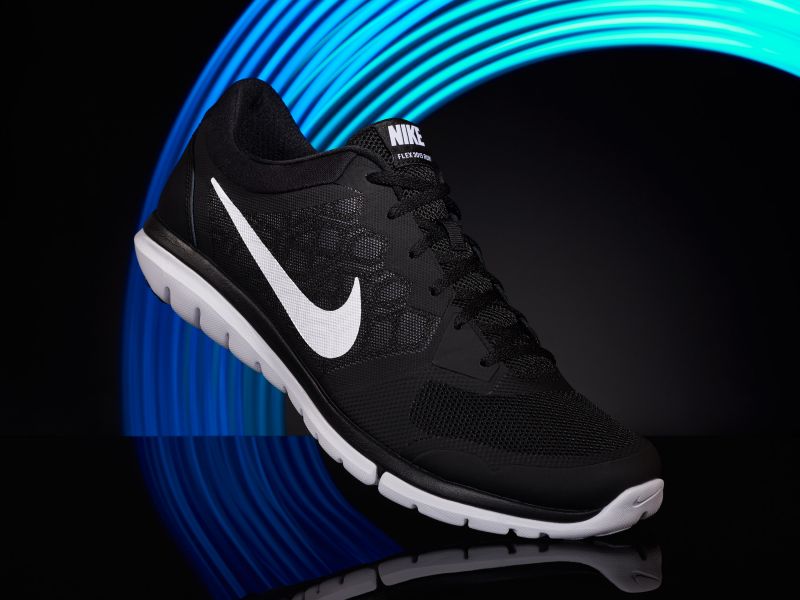 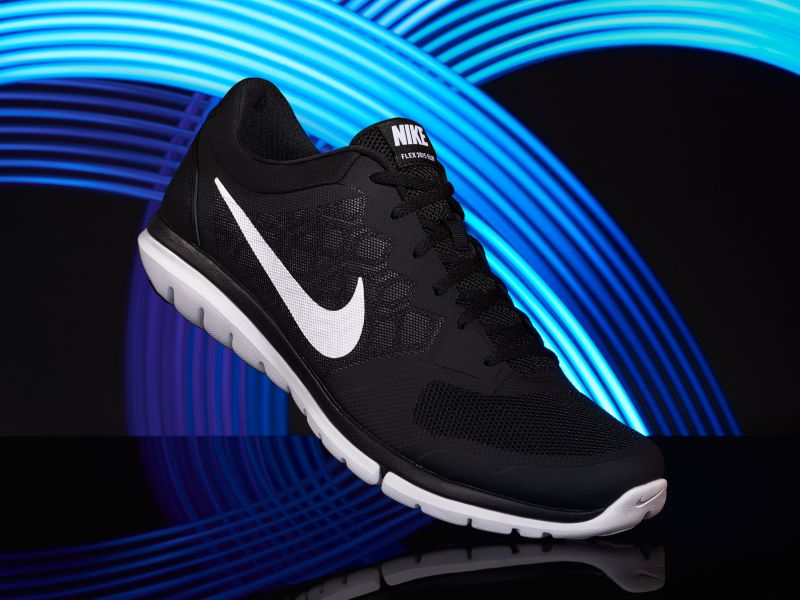 SLR Lounge creates some the best photography and editing tutorials around. Loads of the photographic techniques and theories I know have come from this very site. Be sure you look at the current crop of tutorials; Photography 101 and Lighting 101 and 201. They are worth every penny. Find them in the SLR Lounge Store here.

Make Your Clients Ambassadors For Your Business With Good Customer Service