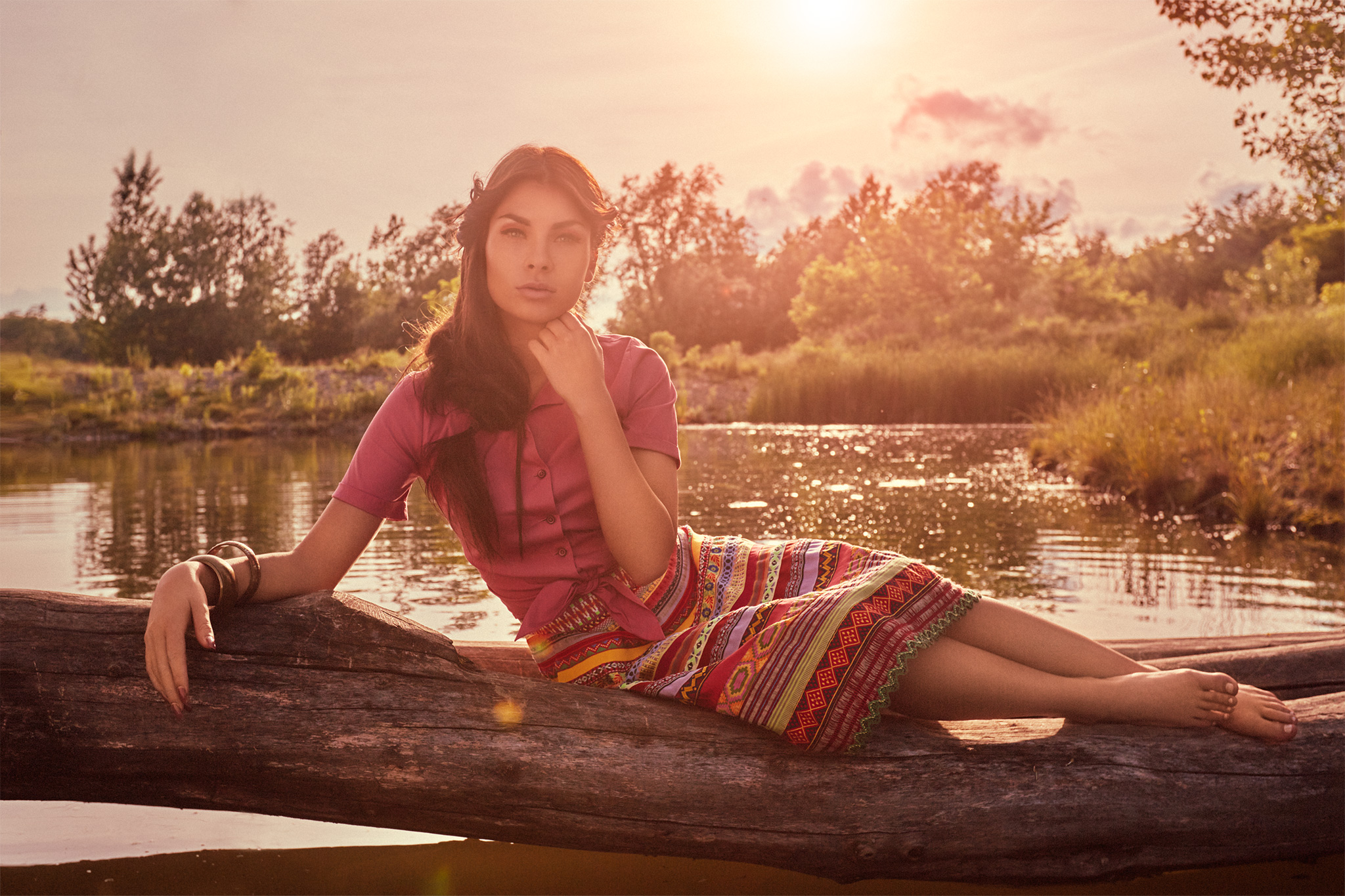 How You Shot It is a series where you show us how you shot an image. Many who use our presets love to share their special processing recipes. You can join the SLR Lounge Community  group on Facebook and share your favorite images and recipes as well! Or for a chance to have your shoot featured, click here.

Today’s image and behind the scenes video is from Gerd Tschebular. Gerd is a 23-year-old portrait-photographer from Graz (Austria) who loves taking pictures of people in every possible situation. Although he’s been taking pictures for the last couple of years, he is just starting out with his professional career, and there’s definitely much more to come! You can find him on his website, Facebook or Instagram.

Gerd made a very cool behind the scenes video of this fashion shoot from his camera’s point of view. Below Gerd talks about how he shot and processed the images from this shoot.

About the Photo Shoot

These are the resulting images of a collaboration with an amazing Austrian fashion designer named Lena Hoschek. The goal was to highlight her latest collection, “Hot Mama Africa,” which combines colorful, traditional African wax-prints with unique retro elements: “European design meets African exuberance.” And that is exactly the mood that we wanted to convey! 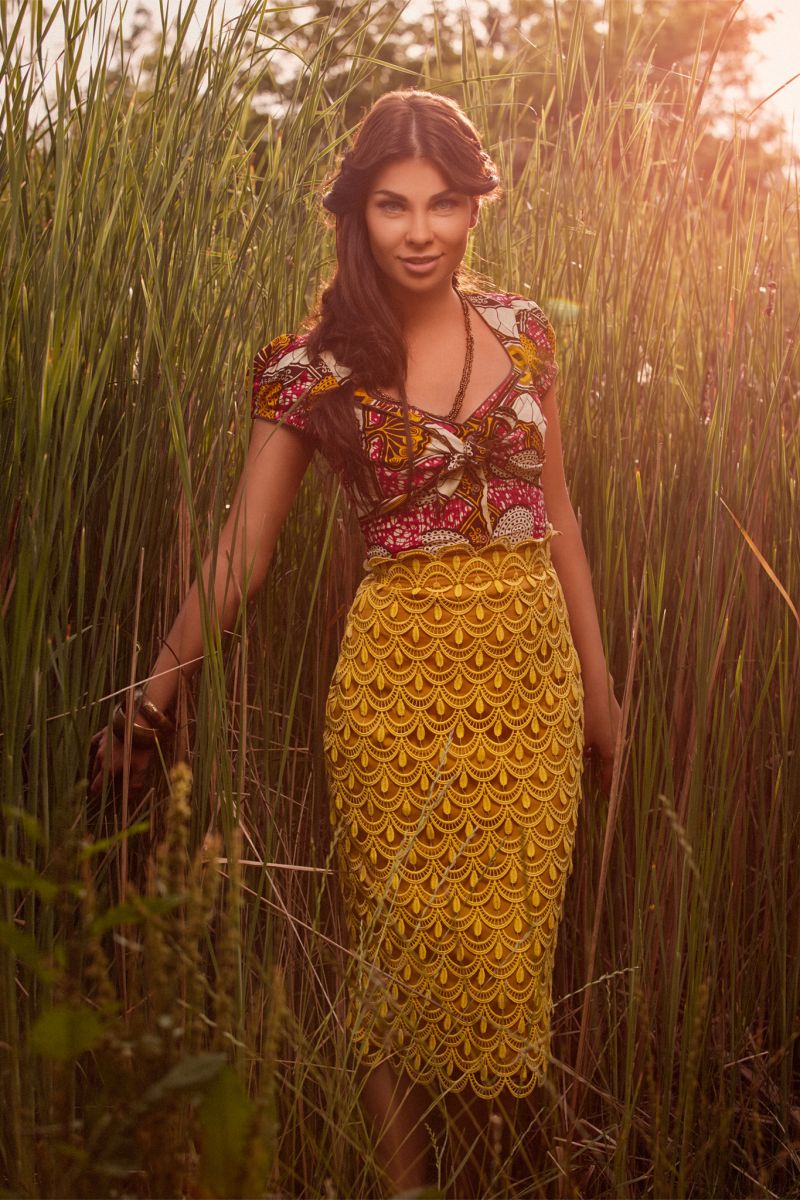 Before the trigger was even pushed once, a lot of work had to be done. After exchanging some mood boards, we arranged four different outfits and had to find four matching locations for the whole setup. It had to be done outdoors, with a setting sun in the background and preferably some water and lovely meadows as well. As you can probably imagine, Austria is not really known for its African-like environment, but still we managed to find a perfect place for our setup.

With every step we took, the vision for the final images more and more clear. Now it was time to manage the whole crew, which consisted of a model, a makeup artist, a hairstylist, and two assistants, while checking the gear and outfits as well. Then it was time for the actual shoot. We went with a pretty classic one light approach, highlighting the model from 45° camera left or right (sometimes slightly feathered away from the model) and bouncing the light back with a large reflector from the opposite direction of the light source. The setting sun was always in the back, creating some nice hair- and rim-light in combination with beautiful lens flares. Remember: we wanted to create some African flair and a bright sun in the background does certainly help! 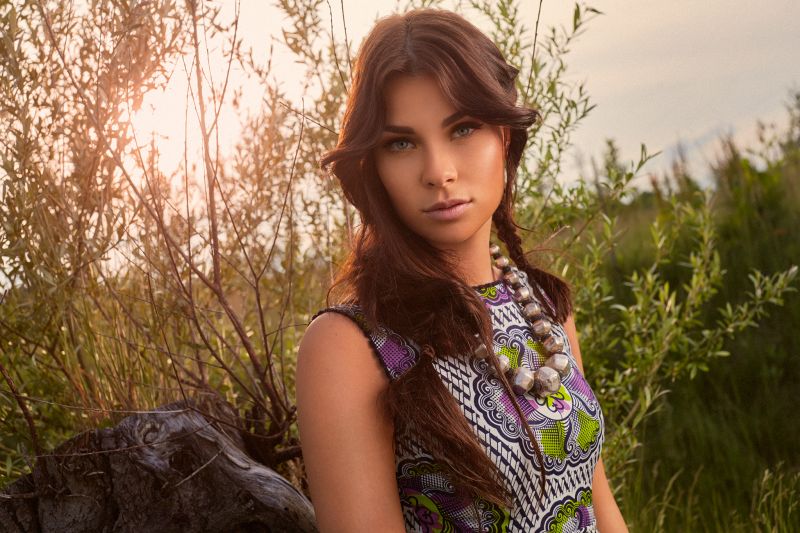 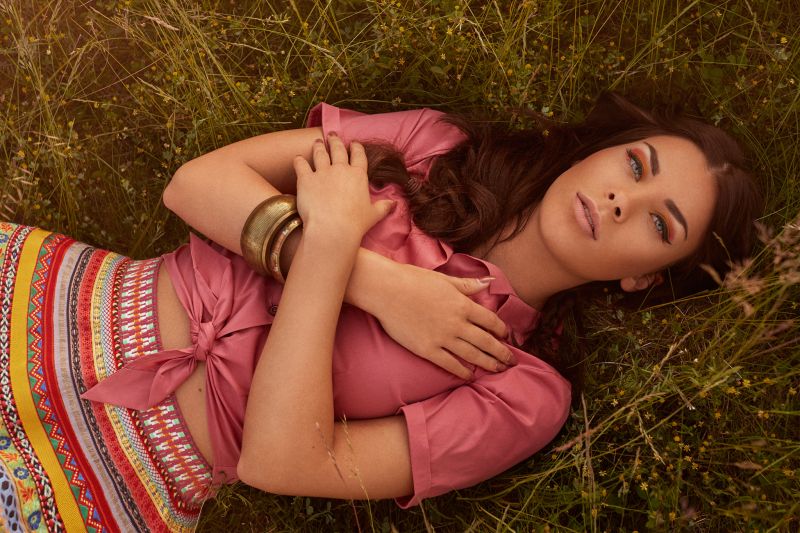 The lighting more or less stayed the same, and we only varied the position from time to time. For recreating these shots, this diagram is certainly a very solid base: 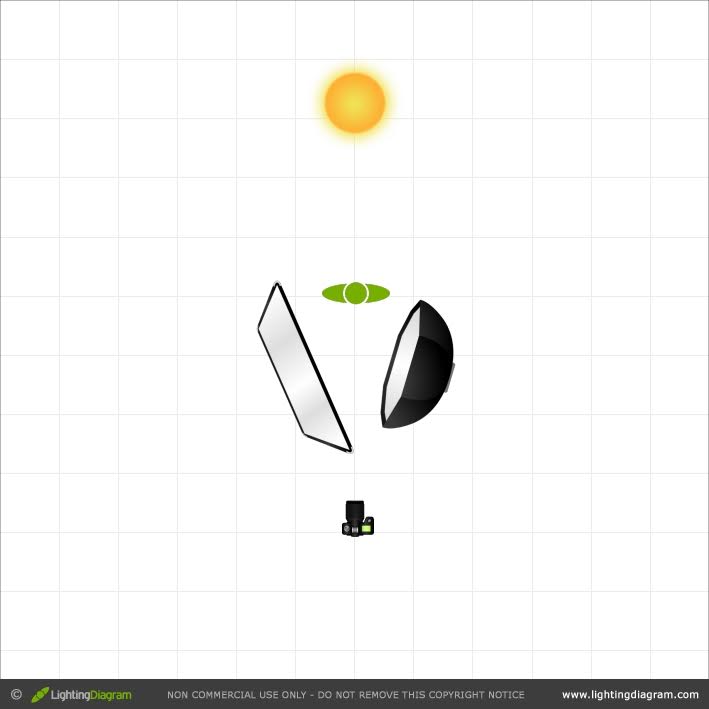 For the RAW conversion, I used CaptureOne for some minor tweaks for white balance, exposure and contrast. Before opening the images in Photoshop CC, I like them to be a bit dull without a huge amount of contrast and try to contain as many details as possible. Overall, nothing too fancy, just regular adjustments. After heading over to Photoshop, I started with cloning and stamping and to try to get rid of unwanted elements. Then it was time for some negative Dodge & Burn action, which smooths the skin while keeping every little bit of texture in the skin as possible. To complete the Photoshop workflow, I created a second layer of D&B and added some contrast back into the image. For the final look, I used one last piece of software: Alien Skin Exposure 7, which comes with an infinite number of film presets that are totally adjustable. The outfits make use of retro elements as well, so it’s definitely not wrong to use some film emulation for a final tweak. Plus, the grain texture is simply beautiful!

If you’re further interested in my post-production workflow, be sure to check out this retouching timelapse I did a few weeks ago. I used exactly the same methods on those images as well. 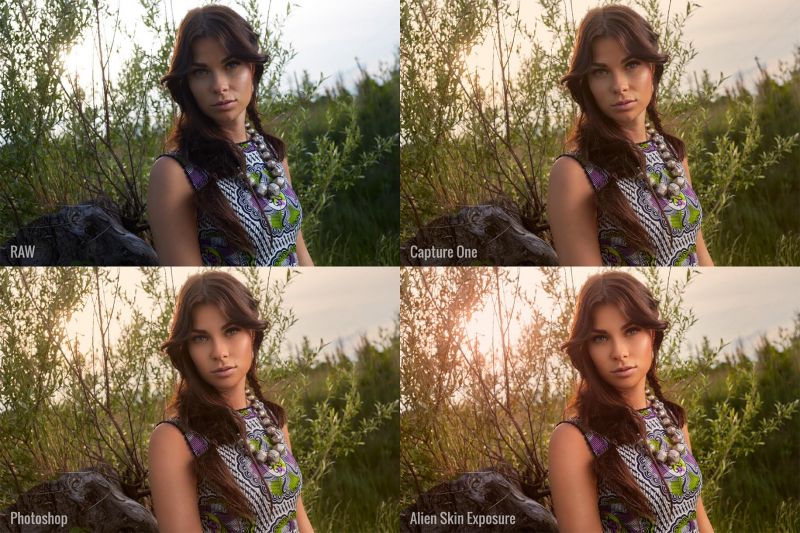 Once again, there are many factors to be considered in a photo shoot like this and, therefore, it’s important to surround yourself with awesome people that can help you out with planning these shots. I’m thankful for everyone who participated in this project and added a little piece to the final series:

Meta35 - The Convenience & Customization Of Digital, Brought To Film Cameras