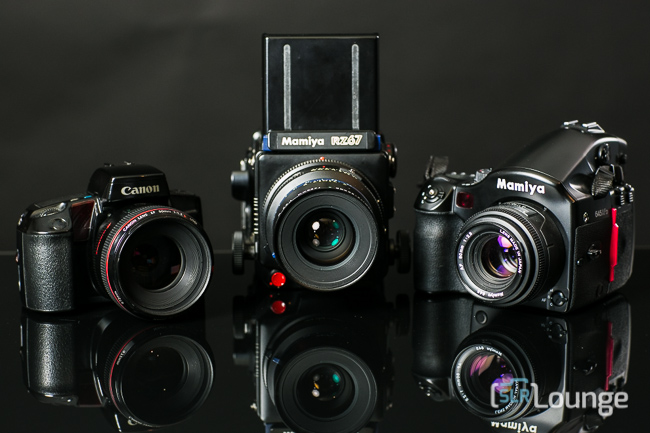 Why Film Is Still Better Than Digital

A common question film photographers get is why do you still shoot film?  After all, digital cameras are more advanced than ever, you can instantly see and share the results, and digital photography doesn’t come with a per image cost to processing.

Let me start off by saying this article isn’t an argument on how film is better overall than digital.  I’m not that ignorant. Rather, this article is meant to show how shooting film is still relevant for photographers today. Shooting film nowadays seems like a novelty reserved for grandparents and hipsters, but does it still hold its ground in a world where everything is digital? We have Instagram, VSCO Cam, and hundreds of other applications that will emulate the look of film, so does shooting actual film make a difference?

4 Reasons Why Film is Still King of Natural Light Photography

Why does film matter? I’m going to make a bold claim and say that shooting film in natural light is better than shooting digital in natural light. Of course, there are thousands of other scenarios where digital will sweep the floor with film, but when it comes to natural light photography, film is still better. If you don’t agree, hear me out first, I’ll give you four reasons why film is the King of Natural Light.

All of the following photos I shot with 100% natural light. If you want to learn more about natural light shooting techniques be sure to check out these articles.

One area where I see film having a clear advantage over digital is in natural light. Film is meant to be shot in natural light, and that’s where it thrives. It is much more forgiving when it comes to overexposure, and it doesn’t blow out highlights as easily as digital cameras. This is especially helpful when I’m using the brightest thing in our solar system as a hair light.

In the photo above, I have Emily standing in some bamboo shoots with the sun directly behind her. If I shot this with my Canon 5Dm3 I know I’d be dealing with a lot more blown out highlights. In this photo, the Portra 400 (the film) is doing a great job controlling the highlights, and I’m able to capture the nice out of focus bamboo shoots as well as details in her hair.

Digital camera sensors, are made up of millions of tiny squares that give us an image. Film isn’t split up in such a linear way, and because of that, it naturally blends light and colors better.

In the photo, above we have a beautifully blended green bokeh in the foreground. In all my years of shooting photos, I have yet to come across a digital camera that can blend light and color as well as a film camera. Out of focus areas are meant to draw your attention into the areas in focus, but this foreground bokeh is so beautiful and distracting I almost forget there’s a person in the photo.

In the photo above, I love the grain I’m getting in the trees, the leaves, and the in the neutral tones. Film grain adds another element and dimension to a photo that makes it more tangible and charming. Although, you must be careful with your exposures because if you don’t expose properly, you will get an ugly grainy photo.

4. You Can Shoot Medium Format Without Selling Your Soul

Shooting film has given me the opportunity to shoot on a camera format that I wouldn’t have been able to shoot with digital, medium format. What’s the big deal with medium format, and why does that matter? Let me simply say, shooting medium format has changed the way I approach photography.

Because of the larger film size, the perceived focal length of the 80mm lens shortens to about 50mm. So imagine taking photos with your 50mm, but getting the compression and depth of field from an 80mm lens. I’m able to compose and frame my shots with the versatility of a 50mm lens, while still getting the shallow depth of field and bokeh of an 80mm lens. Of course you can get a shallower depth of field with a faster 50mm lens, but when you’re shooting them both at f/2.8, the 80mm becomes something really special. It’s one of the best things in my life right now.

How I Shoot Film

Film is great because there are so many different types of cameras and stocks of film to choose from. You can easily develop a style of photography by simply choosing a type of film you like, and sticking with it. I’m gonna go through a couple of my favorite cameras and types of film I love to use.

Most of the gear I use aren’t in production anymore, but if you have a keen eye sometimes you can pick up some amazing goodies from BH’s used film store. I have bought some used film equipment from BH and I can say that their rating system in terms of camera condition is very accurate, so there won’t be any surprises when it shows up at your door.

The film I mainly use is:

Out of all the cameras I have ever shot with in my life, this one is my favorite. It’s unique in my collection of cameras because you don’t look through a traditional viewfinder to frame your shots, instead you look down through a waist level viewfinder.

On the RZ67, I exclusively shoot packfilm, or what’s more commonly known as “polaroid.” I have 2 Polaroid backs for the this camera and one I load will color packfilm (FP-100C) and the other with black and white packfilm (FP-3000B). Unfortunately, the FP-3000B is being discontinued sometime this year, so if you want to shoot FP-3000B, this year will be your last chance.

When’s the last time you held a photograph in your hands that came straight out of a camera? I love taking photos and seeing how surprised people are when I pull out the packfilm from the camera and hand them a photo 2 minutes later. It makes for great gifts and memories. 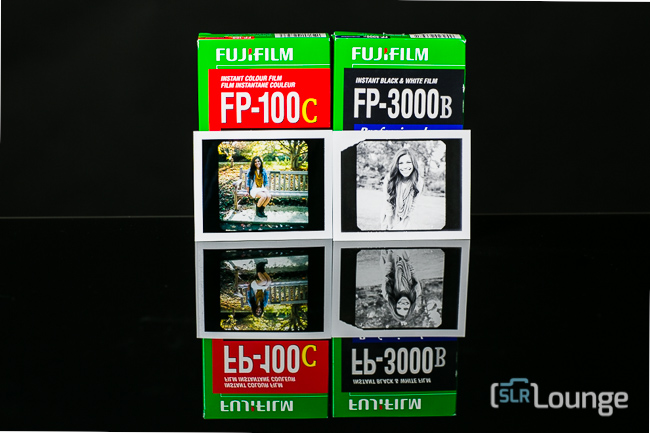 The Elan’s are a great camera because they’re cheap and reliable. I have two which I bought for about $25 each on Ebay. I have one camera dedicated to color 35mm film (Fuji 400h or Kodak Portra 400), and the other is 35mm black and white film only (Ilford HP5 400). I have a piece of gaffer tape on my dedicated black and white camera so I can quickly identify which camera is which.

For someone who wants to start shooting film, I strongly recommend this camera because it does not cost much to get started and if you’re a Canon shooter you can put modern EF lenses on it. I love shooting with the 35mm film cameras because the camera’s are lighter (than the Mamiyas, at least) and I can shoot 36 exposures. I really enjoy going out on photo adventures and having fun with the Eos Elan cameras whereas with the Medium Format Mamiyas, I’ll focus a lot more on composition and framing.

When I’m shooting film, this is the camera I’m spending 90% of my time with, and you already know why. This camera basically changes the laws of physics for me so I can get great looking shots without trying too hard.

My journey as a film photographer started as a curiosity, then grew to an obsession when I fell in love with the results. I used to be a stubborn digital photographer who thought film had no merit other than being a novelty for people who enjoy ironic things. But one day I gave film a chance, and in a way, that’s what photography is about for me. Photography is about taking chances and looking at the results, if you don’t like them then you move on, but sometimes the results can pleasantly surprise you.

If you want to learn more about natural light photography be sure to check out our Natural Light Shooting Techniques section.

The First 5 Couples Poses Every Photographer Should Learn