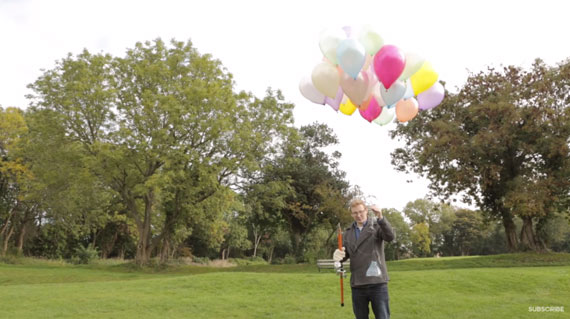 So you really want a drone for Christmas, but you’re on Santa’s naughty list this year? Don’t want to buy one and deal with the new registration regulations that are about to be set forth? Or maybe dropping a couple grand on Phantom DJI for yourself isn’t feasible right now. Whatever the reason may be,  the following DIY project can get you those drone shots you’ve been dreaming about with just a few inexpensive items, most of which you have around your house.

This BBC Earth Unplugged video shows you how to make your own DIY drone (it’s not as pretty – though some may argue that it’s prettier). You’ll need some balloons, a helium tank, some fishing wire, a fishing pole, the top of a 2-liter bottle, and your camera phone. Suspend the phone from the bottle top (so in case it all goes to hell, your phone won’t smash into the ground). Then attach a bunch of balloons (a la the movie, UP!) to the “drone” and tie the other end to a fishing pole. 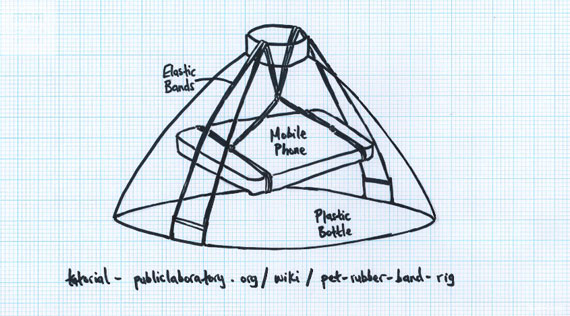 Set your camera to snap photos every 10 seconds and voila! Your very own “drone.” They also show you how to build an easy suspension rig for your new toy if you want it to shoot forward and not straight down using a few binder clips as well as what the results look like if you attach a GoPro to your build. Of course, this won’t replace a real drone, but it’ll do in a pinch.