We’ve teamed up with Adorama to bring you a new series of photography tutorials called “Master Your Craft” to be featured on their YouTube Channel. Subscribe to see more of our videos on their channel throughout the next couple of months that will cover photography, lighting, posing, and editing education to help you hone your skills and master your craft. To watch the entire series, check out our playlist!

A professional model, a beautiful beach location, and dramatic clouds in the background. Sounds like a recipe for a successful portrait session, doesn’t it? While these ingredients do make for an ideal shoot, there’s still room to add a creative flare to your photos. Literally. In this article, we’re going to show you step-by-step how to build a creative ring flare shot, from composing the frame to adding lens special fx.

[Related Reading: How to Build Your Own DIY “Flare Ring” Lens Hack] 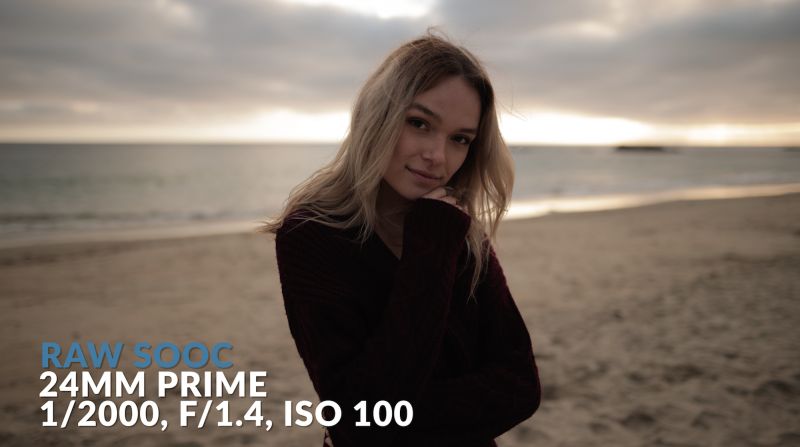 To start, I decided to go with a center composition for this shot, which works well to minimize distortion when shooting portraits at a somewhat close distance on a wide-angle lens. In this instance, a center composition will also work well for framing the subject in the center of a ring flare that we’re going to create.

In my initial test shot, the subject and background both looked great, but I wanted to add visual interest. I decided to use a simple DIY “Flare Ring” lens hack, featuring a flare ring that I made myself. You can also use other tools, like a bronze tube or even a plastic bottle to create a similar effect. 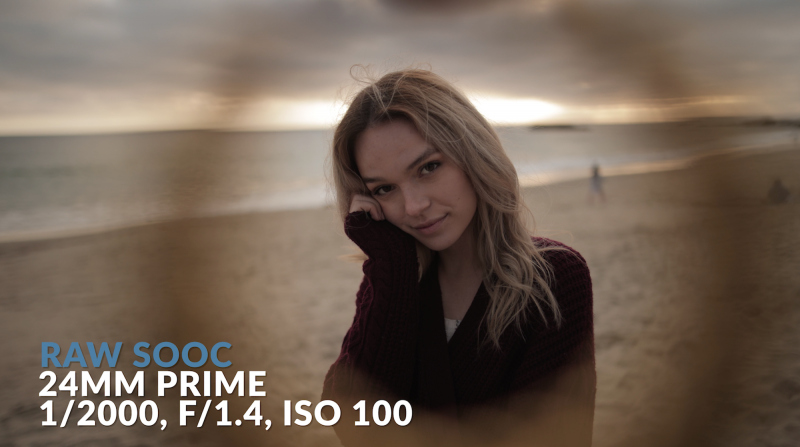 When I hold the ring in front of the lens and take the shot, you’ll notice we lose a bit of the ring and it doesn’t really add much to the image as is. That is because the sun had already set and there wasn’t enough light hitting the flare ring to make it shine, which brings us to our next step.

By placing an external flash where the sun would otherwise be based on my angle and position, I was able to recreate sunlight and add flare to the flare ring. We used a Profoto A1X flash to light our shot, but you can use any light source that will allow you to get the job done. We also added a MagMod MagGrip with a CTO gel to warm up the color temperature of our shot. You can add a MagGrid as well to control light spill, if necessary. If you decide to use a grid and you find that you’re not getting enough light, just remove the grid.

We placed the flash on a Manfrotto 5001B “Nanostand” and positioned it a few feet behind our subject. As I previously mentioned, the goal is to have the flash mimic the sun, so we placed it in the brightest part of the sky, slightly above the horizon where the sun had just gone down. Because it was still somewhat bright out, we set the flash to fire at full power, which for the Profoto A1X is around 75 watt seconds of flash power, a bit more powerful than a standard flash head. If it were darker out, we wouldn’t need as much power to light the shot because we wouldn’t be completing with the sun. At full power, we were able to get enough light from the flash to get a kick of light onto the flare ring (see the image above).

Step 4. Refine the Frame and Capture the Shot

In order to get the flash and light stand out of the frame (since it was placed so close to the subject), we adjusted our angle a bit. We also moved closer to the water to minimize unwanted elements, such as people passing by. Finally, I lowered the shutter speed from 1/2000 to 1/1000 to get a little more light into the background and allow the high speed sync to perform better.

I love using a 24mm or 50mm prime lens for this type of shot. I recommend either of these focal lengths if you have them on hand. Otherwise, use what you can. In addition, there are two things you can do to control the effect of using a DIY Flare Ring.

Here are some of the images from our shoot using the DIY flare ring to add a creative foreground element (for all images: 24mm Prime, 1/1000, f/1.4, ISO 50, Edited with Visual Flow Presets: Pastel – Soft Light): 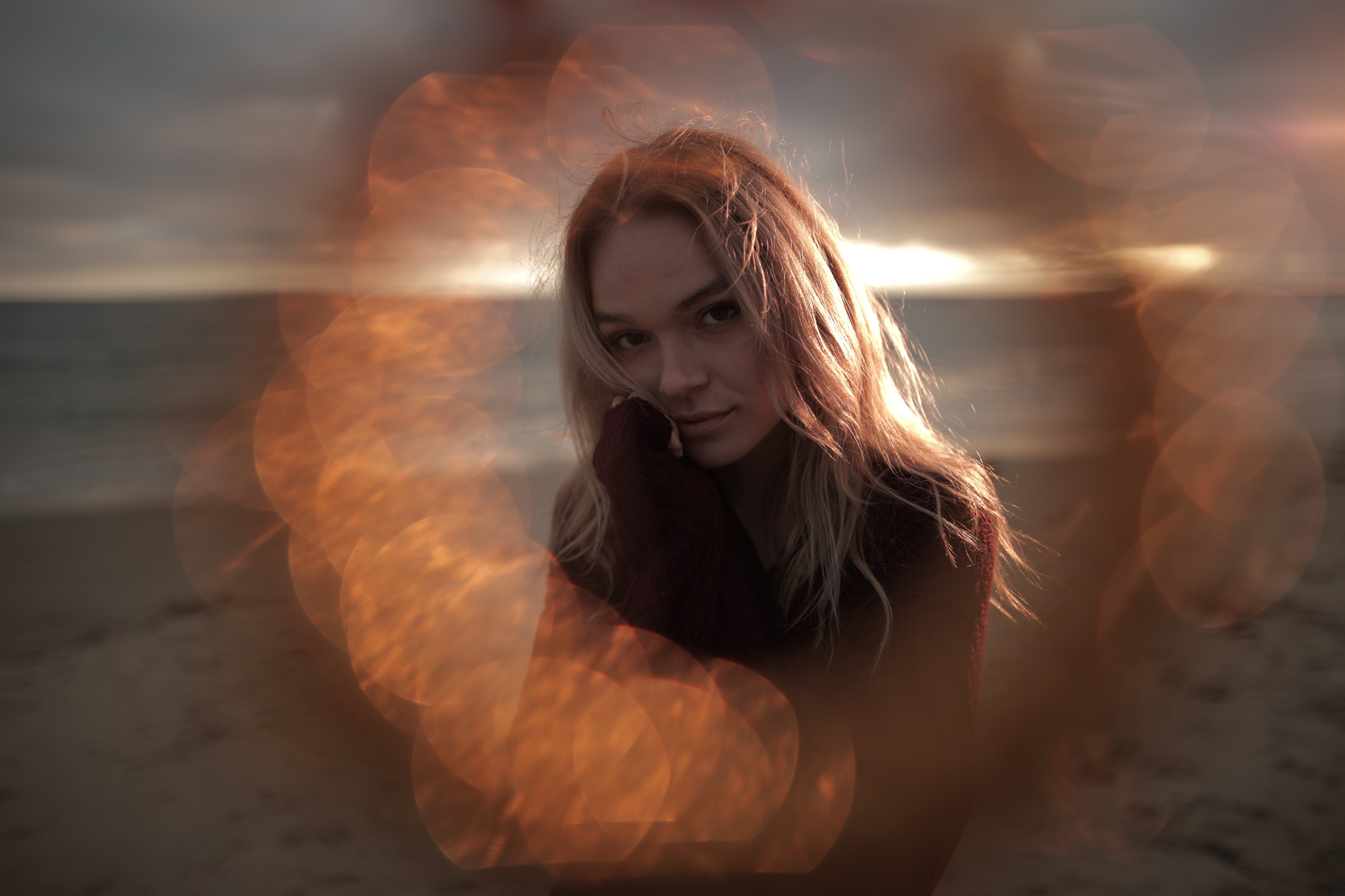 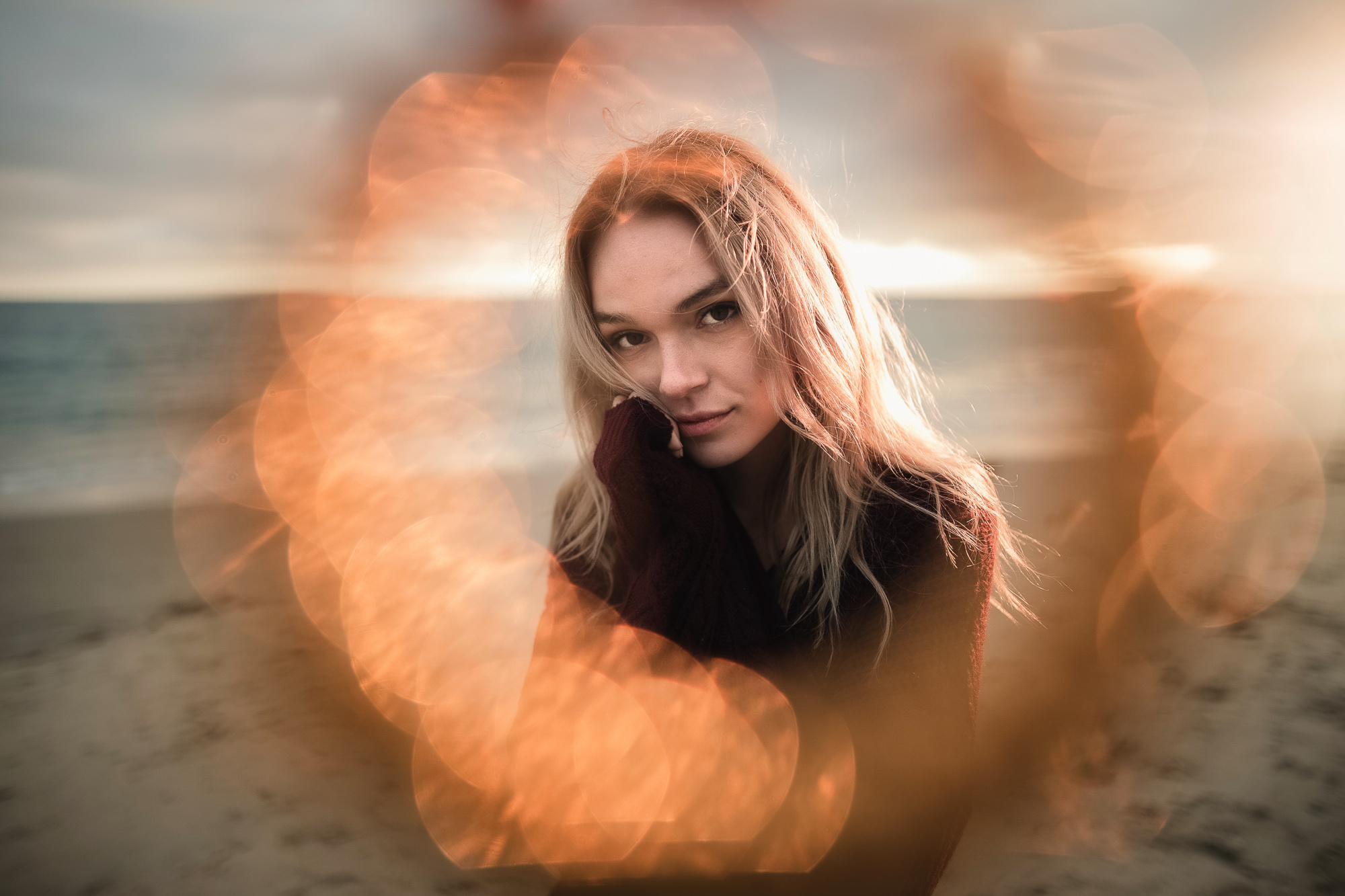 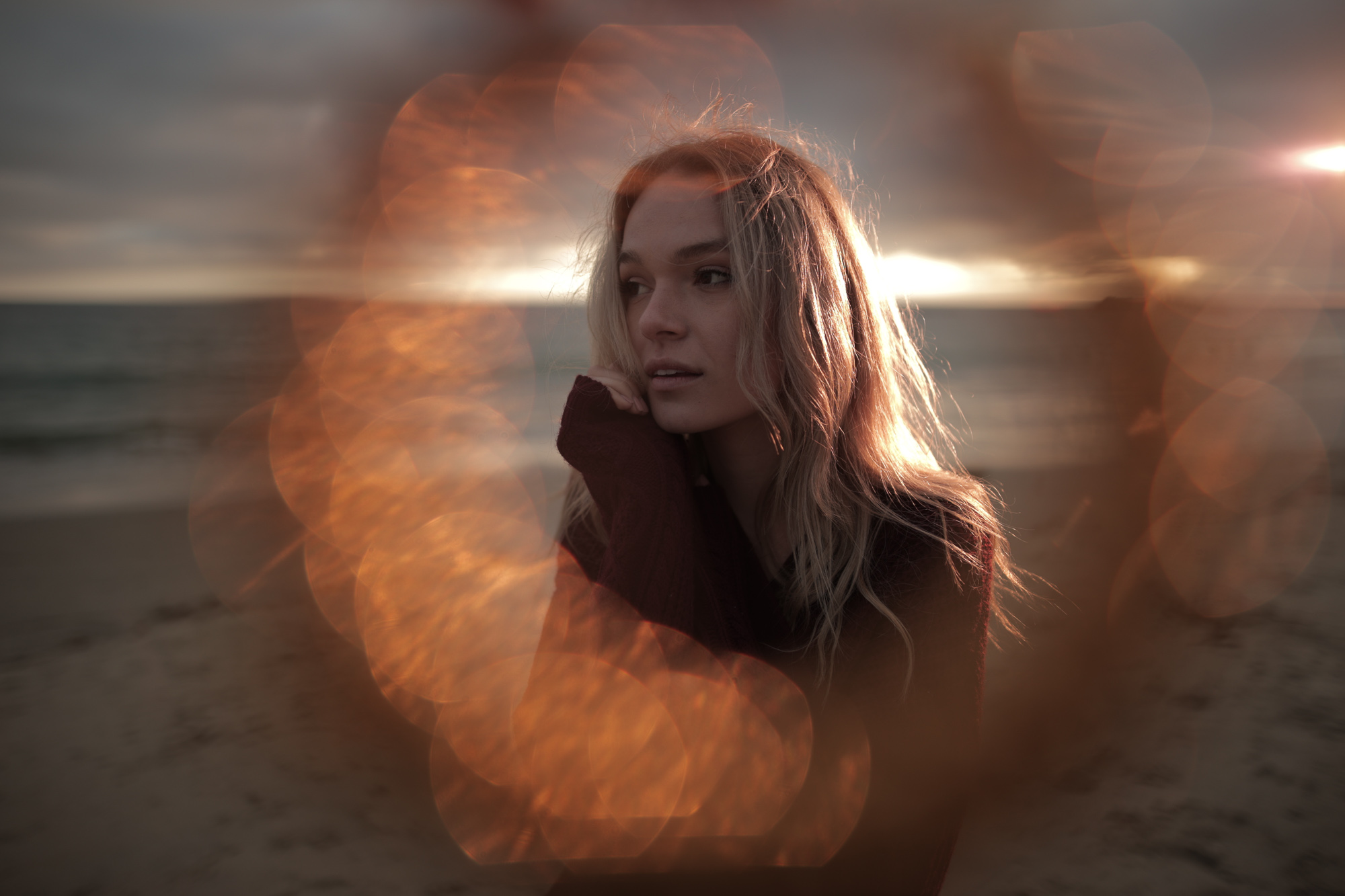 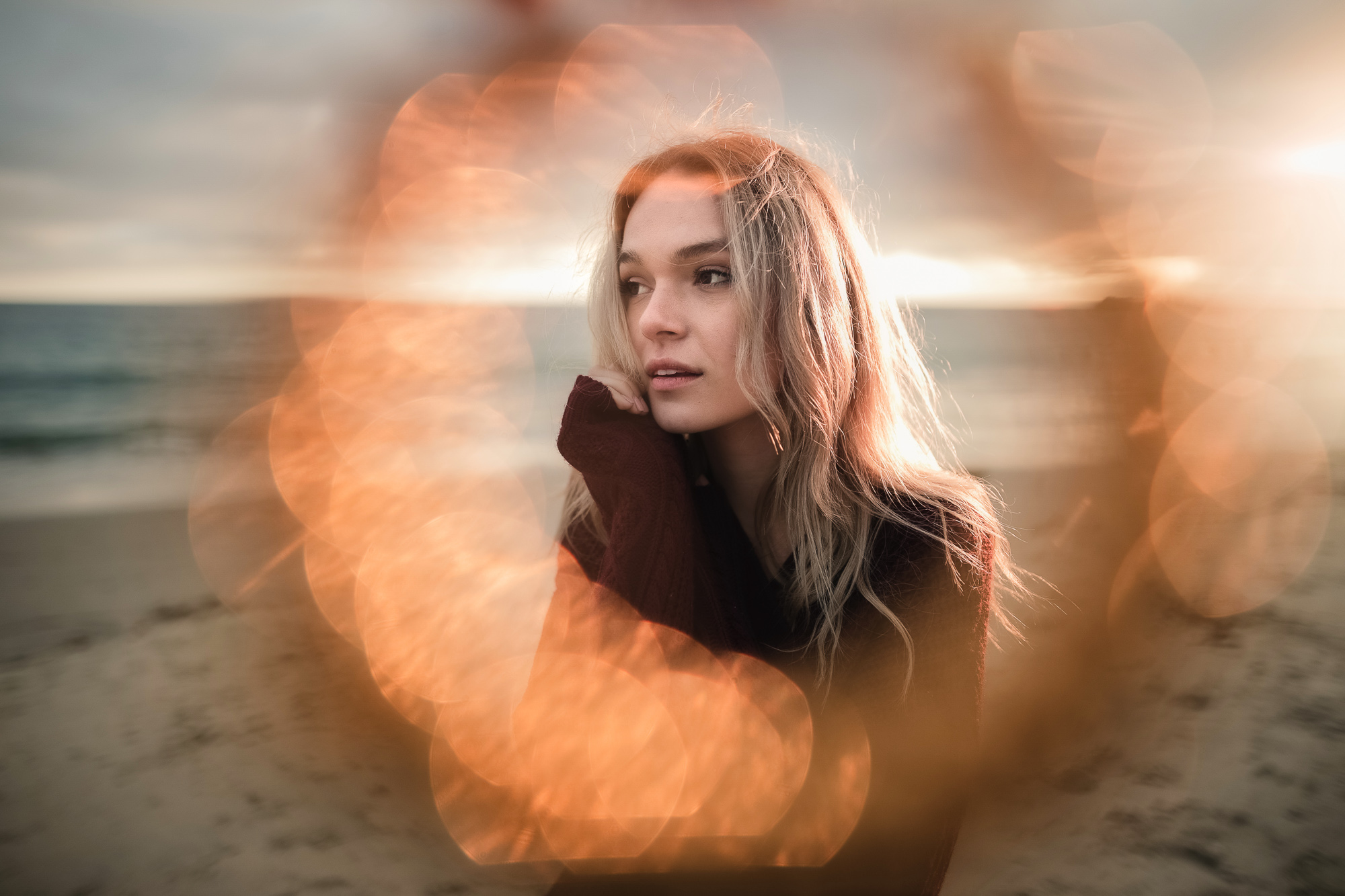 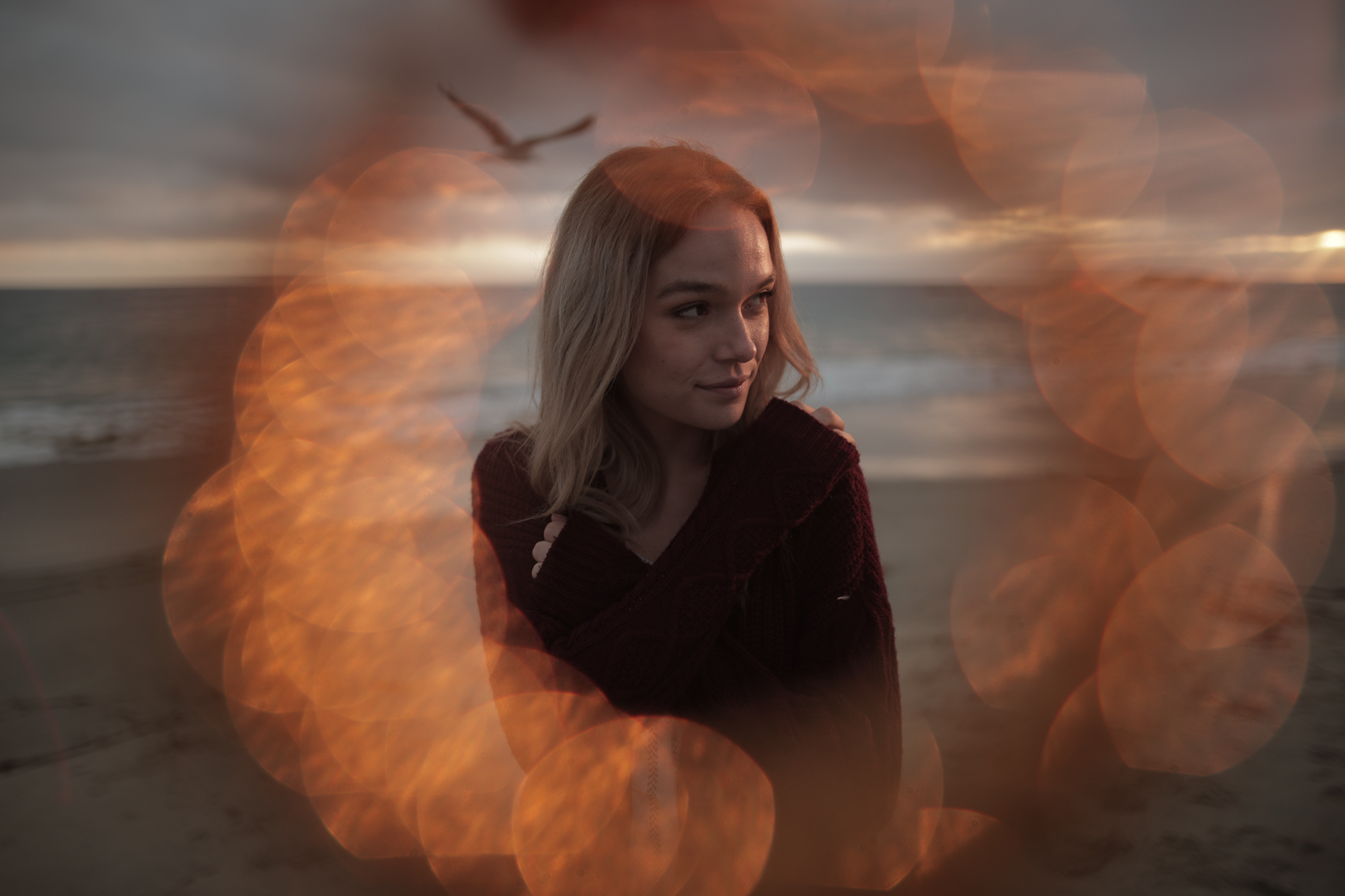 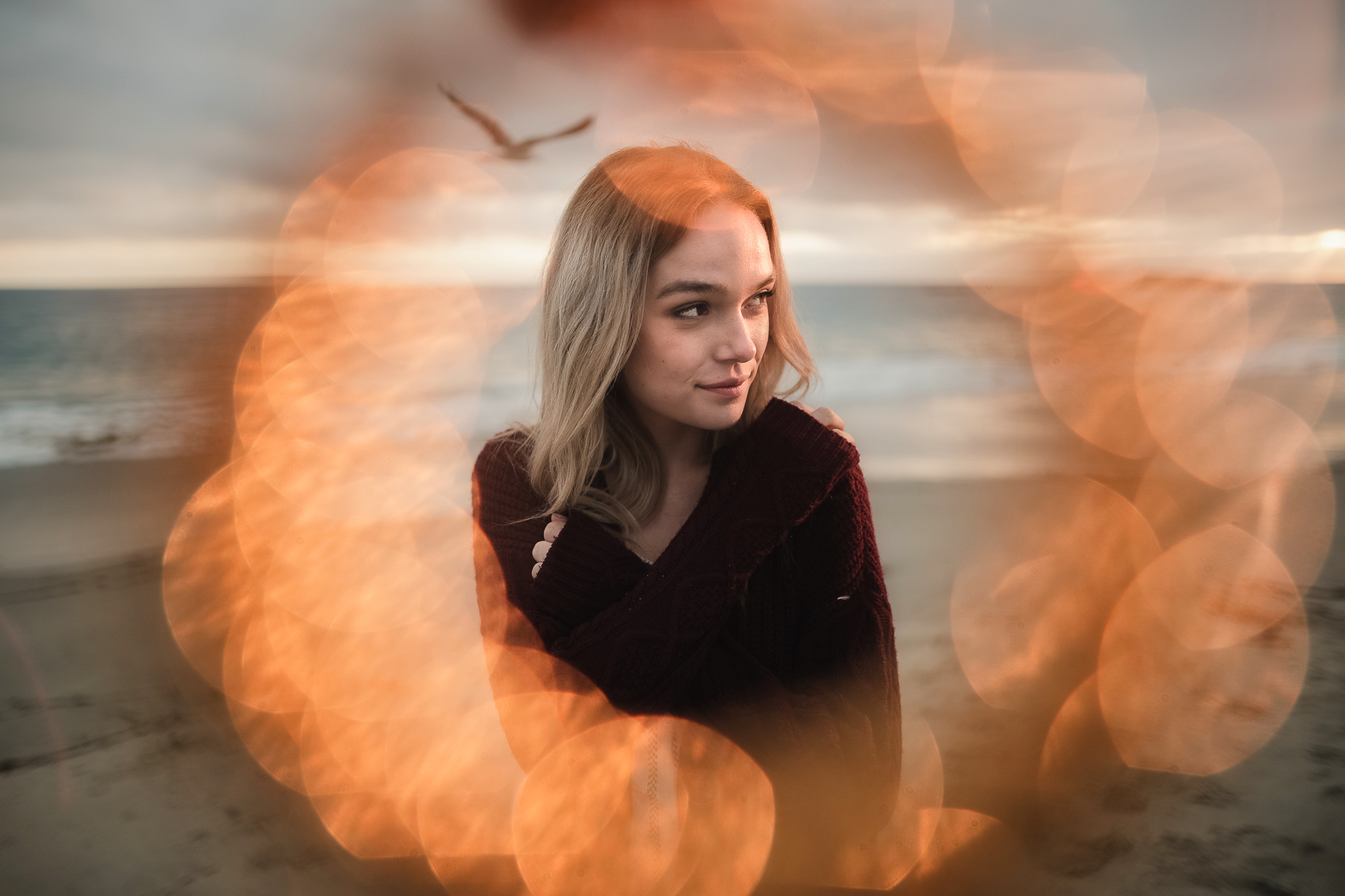 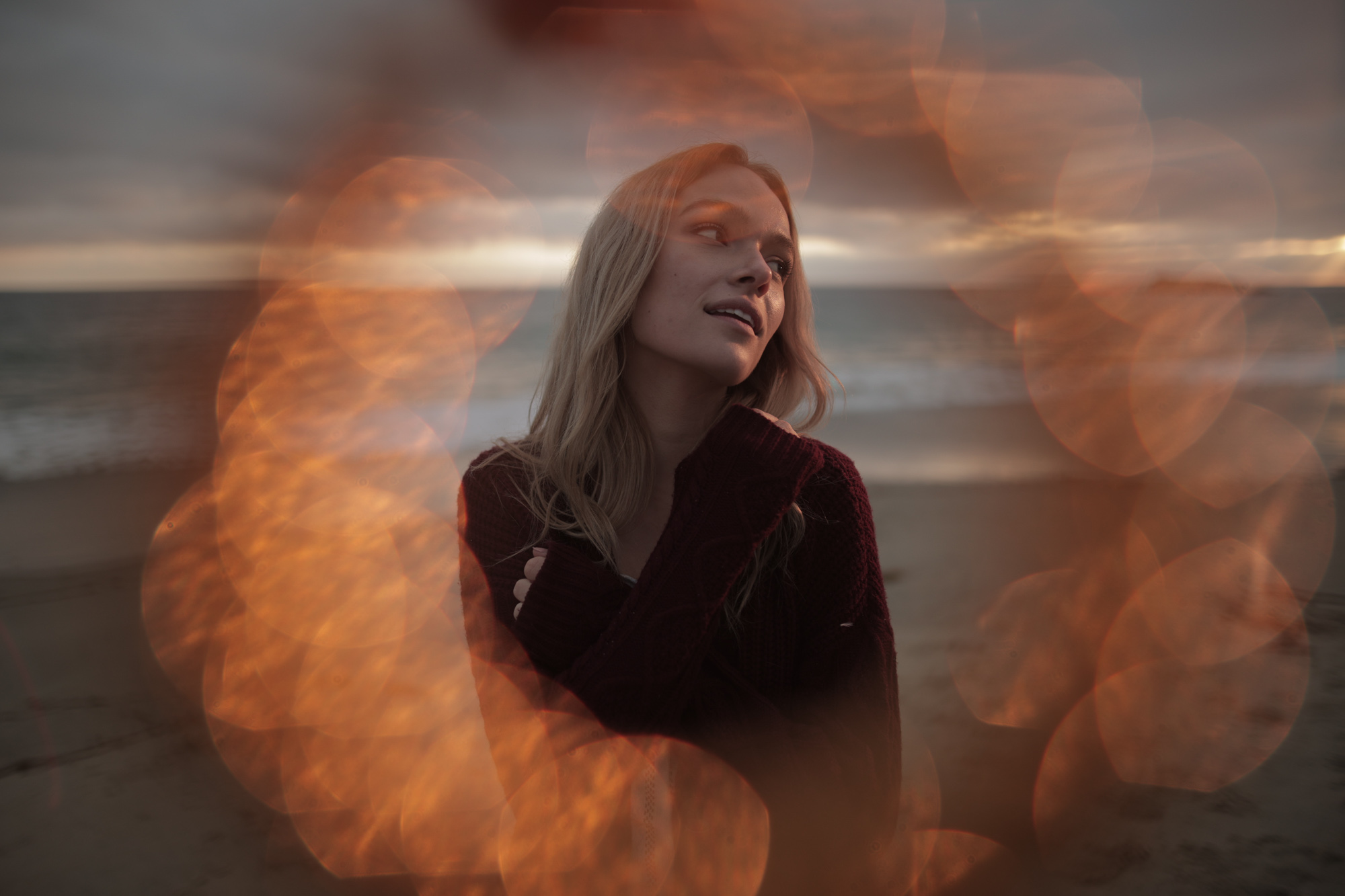 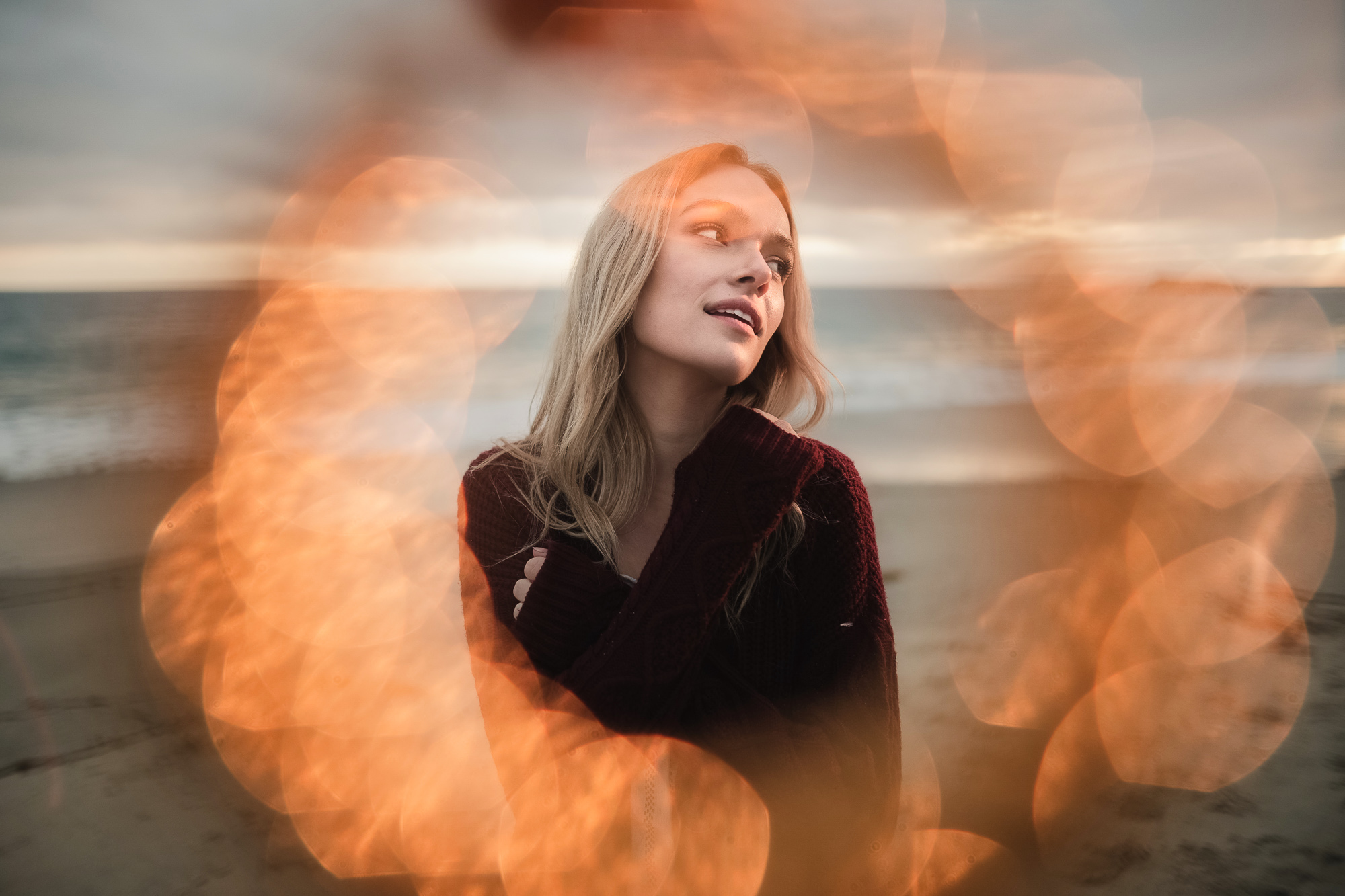 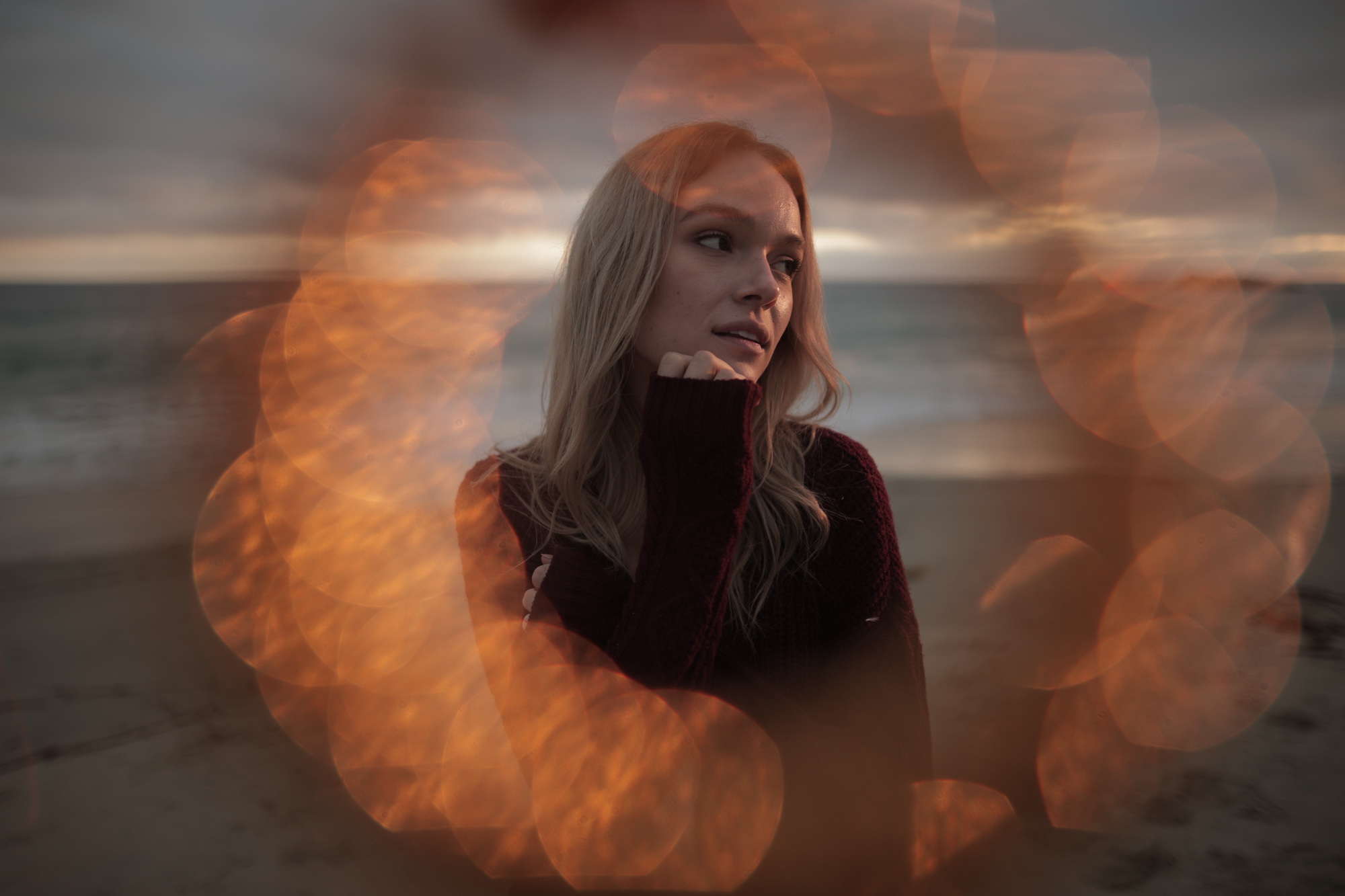 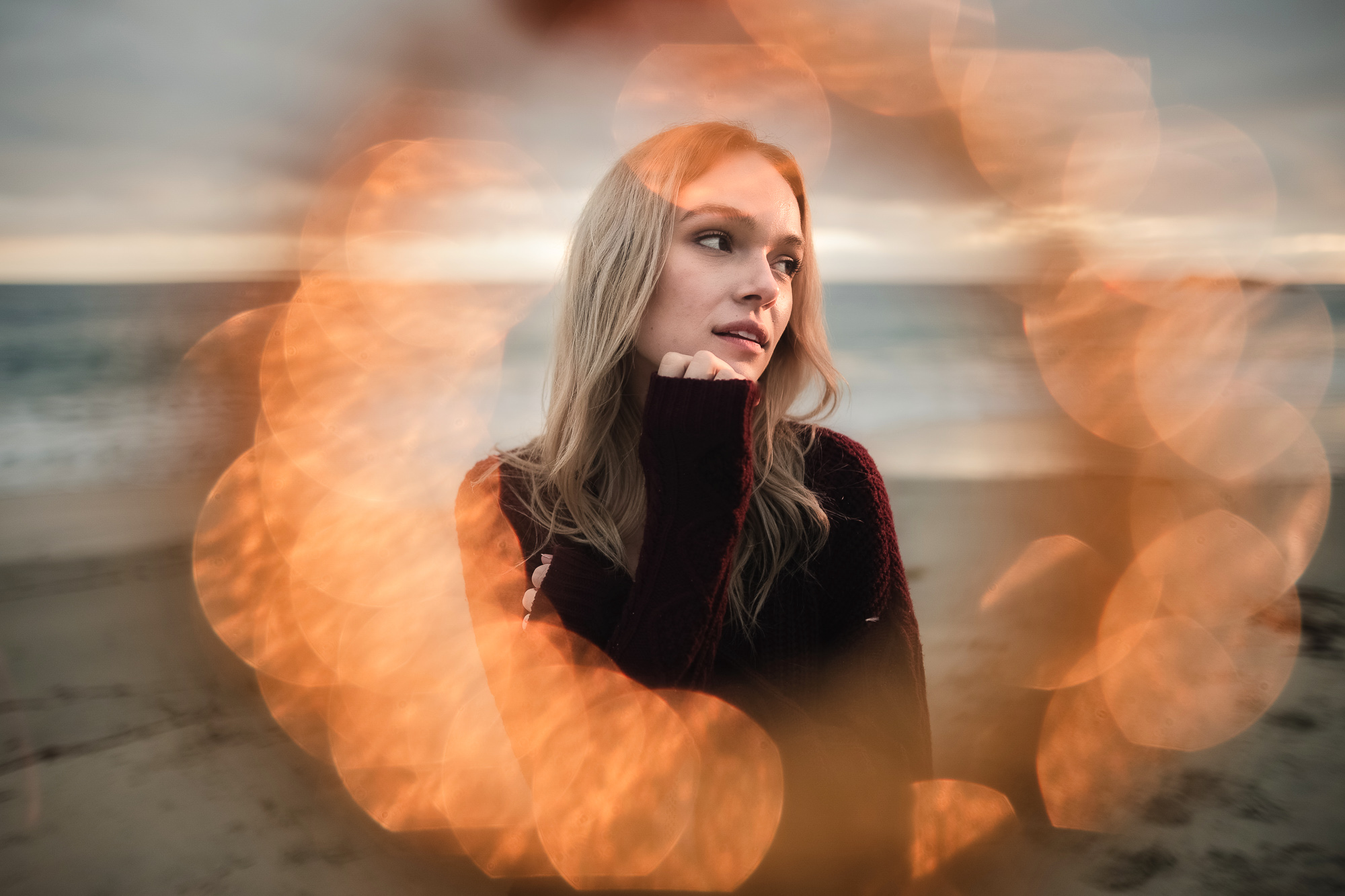 Note: You can capture creative portraits without using expensive gear. We happened to be testing the Canon EOS-1D X Mark III along with a Sigma Art 24mm prime, but you don’t need this level of gear to get this shot.

We hope you enjoyed this video and lesson on building the shot with ring flare and lens special effects – catch our next episode of Mastering Your Craft on Adorama’s YouTube channel next week! If you want to catch up on all the episodes, make sure you check out our playlist!

Nikon D780 Review - The Best DSLR, In A Mirrorless World

How to Direct a Virtual Couples FaceTime Photoshoot in 4 Steps