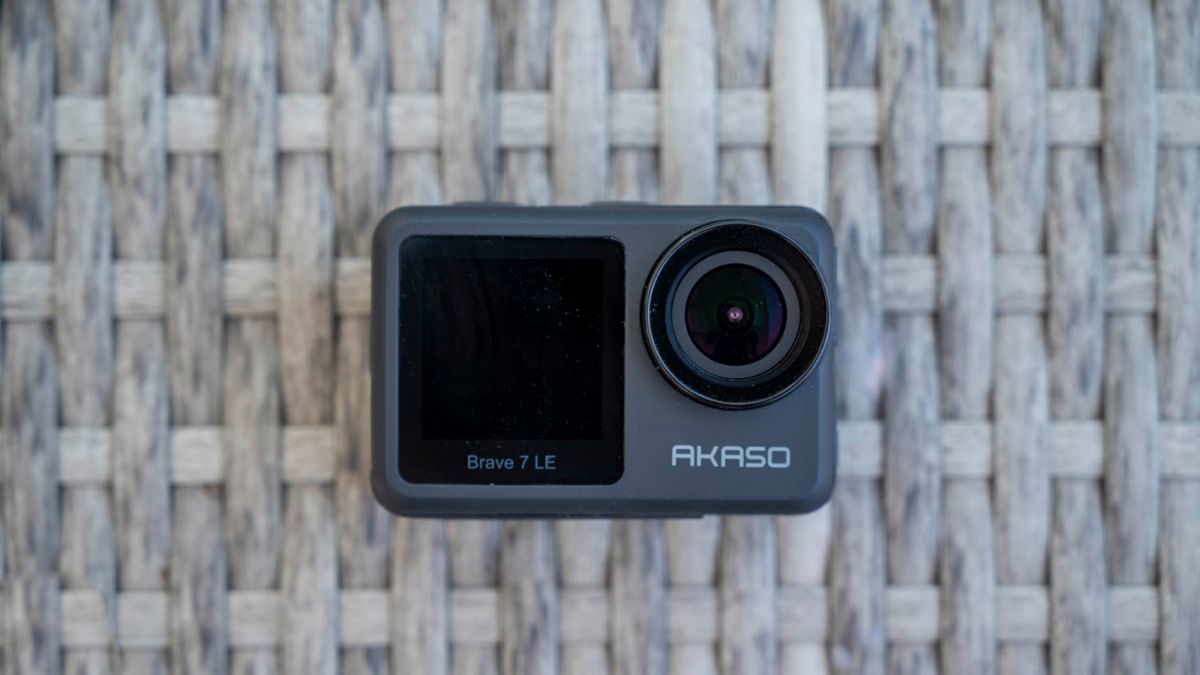 Recently I got to test and review the new Brave 7 LE Action Camera from Akaso, and it seems like the team took the comments from my previous review of the V50 Elite to heart. Why? Because the new Brave 7 LE feels like an improvement on every criticism I had on the V50 (Except for the Mobile app), and it comes with a plethora of accessories right out of the box.

The Brave 7 LE is a dual-display “GoPro Alternative” action camera that can record 4K video and takes 20 MP photos at an affordable price of only $139 USD, making it one of the more ideal choices for an entry-level action camera. With its front-facing screen, the company is taking aim at the social media influencer world by giving something extra to the Vloggers out there. It doesn’t really do anything but give you a small screen to make sure you’re in the frame, but it’s a nice touch and definitely a useful feature for anyone doing some serious and constant video work. 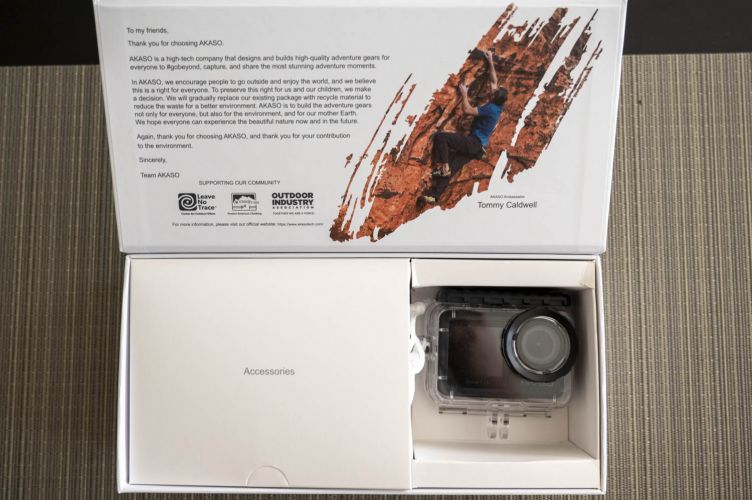 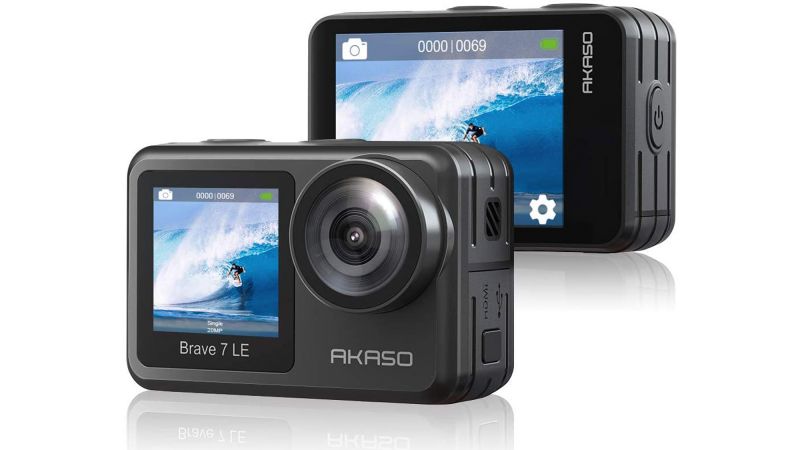 The big difference between this model and the V50 Elite is the addition of a front screen. The backscreen is the usual 2″ touch-sensitive screen we’ve gotten used too with these devices, while the front screen is a much smaller one designed to help you frame yourself should you use the camera for vlogging & selfies. Another difference in this model from the V50 is its IPX7 Water Resistant rating giving this camera the ability to record in any weather condition without its protective case. Should you decide to go diving, you can go as deep as 121ft/40m with the included waterproof case.

The Brave 7 LE also has stabilization built into the camera, and while it’s not bad when just walking or splashing about in the water, as soon as you start any real heavy movement the stabilization gets quite choppy and, well, just not good. 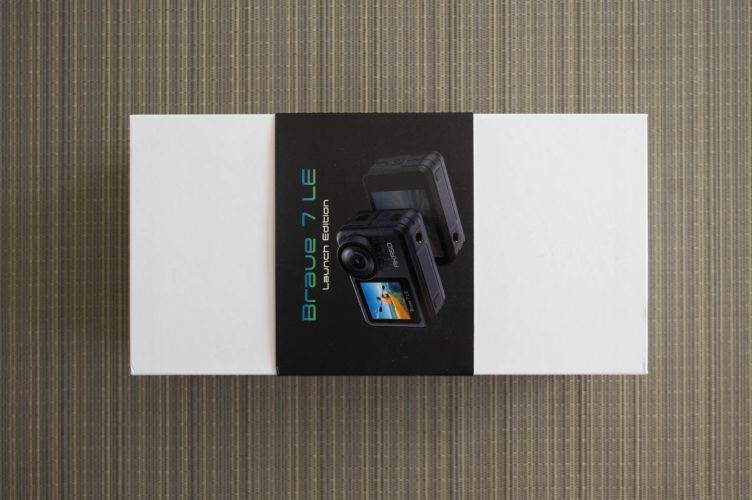 Given the price point of this camera, you can’t really complain about its quality. I have used several action camera systems over the years, and none have been particularly amazing, butter quality from this camera I’d argue is pretty comparable to the currently “industry leaders” like GoPro and Sony. Check out a few quick samples below. 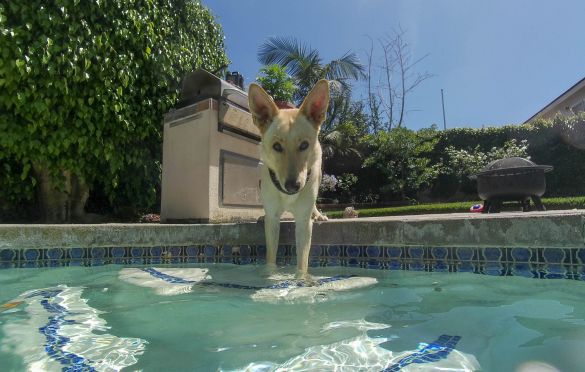 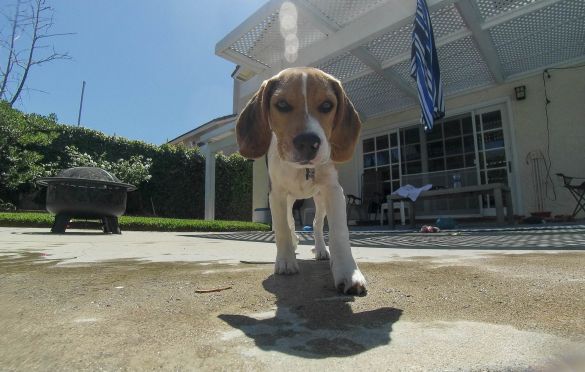 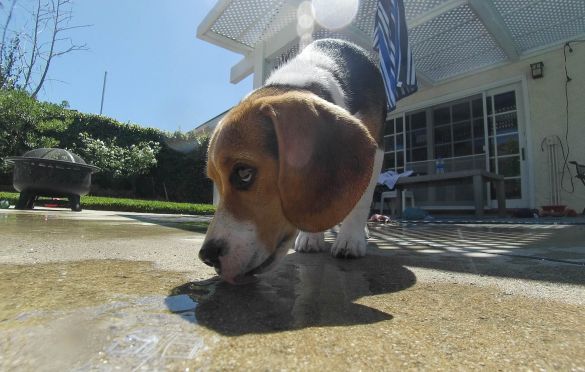 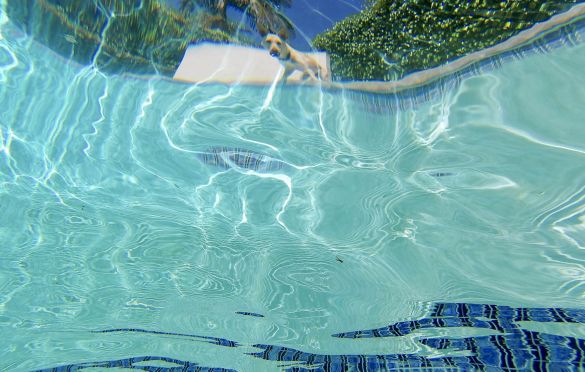 What’s Included / In The Box

The Akaso Brave 7 LE comes with a ton of accessories in the box, including a 2.4Ghz Wi-Fi Bracelet Remote Controller that has 2 buttons that start/stop the Video and Photo recording. In the box is also a waterproof housing, 2 batteries and a charger, and a wide variety of mounts, clips, pivot points, straps, and cleaning wipes. I was actually surprised by the number of mounts, clips, cables, and more that came pre-loaded with. this device. Making its purchase price all the more appealing considering most other brands, these add-ons would be sold separately. 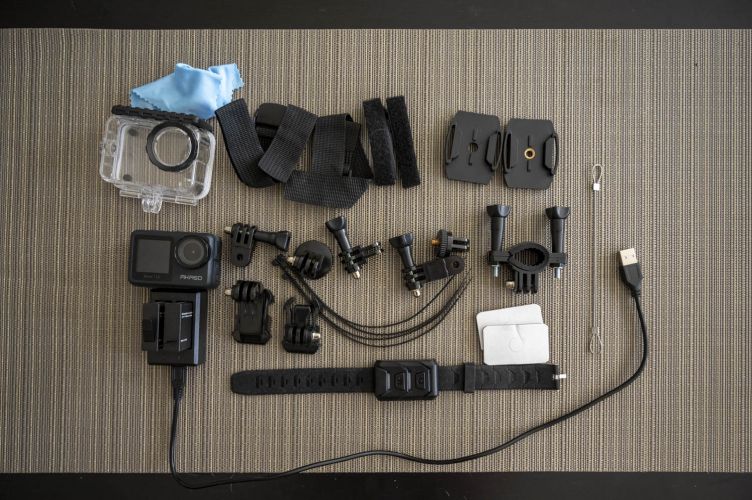 Note: The accessories kit is compatible with most other action cameras including GoPro. 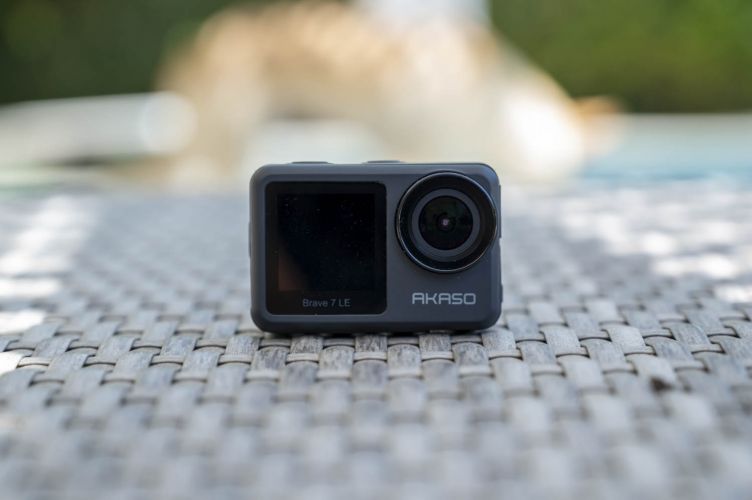 If you’re looking for an action camera that can shoot wirelessly controlled, has multiple 4k video options, and is so affordable you won’t be upset if it happens to get destroyed “getting the shot” then this may be the perfect action camera for you. Just like it’s little brother, this camera is actually quite good for its price point. If you want something with a little better OS/UI design and are willing to spend the extra money than hop into the GoPro realm. An added bonus of the newest GoPros is they are waterproof with mounting options right on the camera itself without the need of any cases. But, if you can survive without those features, the Akaso Brave 7 LE is actually, and surprisingly a viable choice.

Frankly, we never want to just throw money away, but this guy is actually so affordable that if it happens to get damaged or lost, it’s not the end of the world. In fact, it’s so cost-effective, like the V50 Elite, you can get multiple Brave 7 LE’s for the price of one newest GoPro, giving you the ability to capture multiple angles and point of views, or even one for each family member out on your adventure/holiday!

While the V50 Elite was decent, it was still underwhelming. However, the Brave 7 LE is definitely a camera I’ll be keeping around in my kit for use on all of my random adventures. Given how rapidly the Akaso team seems to be updating and improving their devices, I’d imagine they’ll have tackled most of the negative review points mentioned in the post here by the next model they release. The only thing I wish they would spend more time on is the mobile app. While it does work, and work pretty decently, it’s pretty clunky and can be difficult to navigate given the UI doesn’t fit properly depending on what model of device you’re using. IE for me, on an iPhone 10 (smaller one) some of. the buttons were not accessible due to placement where the bevel is on the screen. That’s really my only complaint on this system, and given how cheap the whole thing is, it’s pretty minor.

At any rate, be sure to tell us what you think. Have you used any of the Akaso products before? Do you think you’ll pick one up for your next project? Let us know in the comments below.

Like the previous version I reviewed, this camera is just $139 which makes it among the very cost-effective alternatives for your action camera needs! If you don't need a premium or "designer" product to capture some decent action footage, the Akaso V50 Elite is a fantastic budget-friendly system you won't regret giving a try.

Why Calibrating Your Screen Is Important & How To Do It