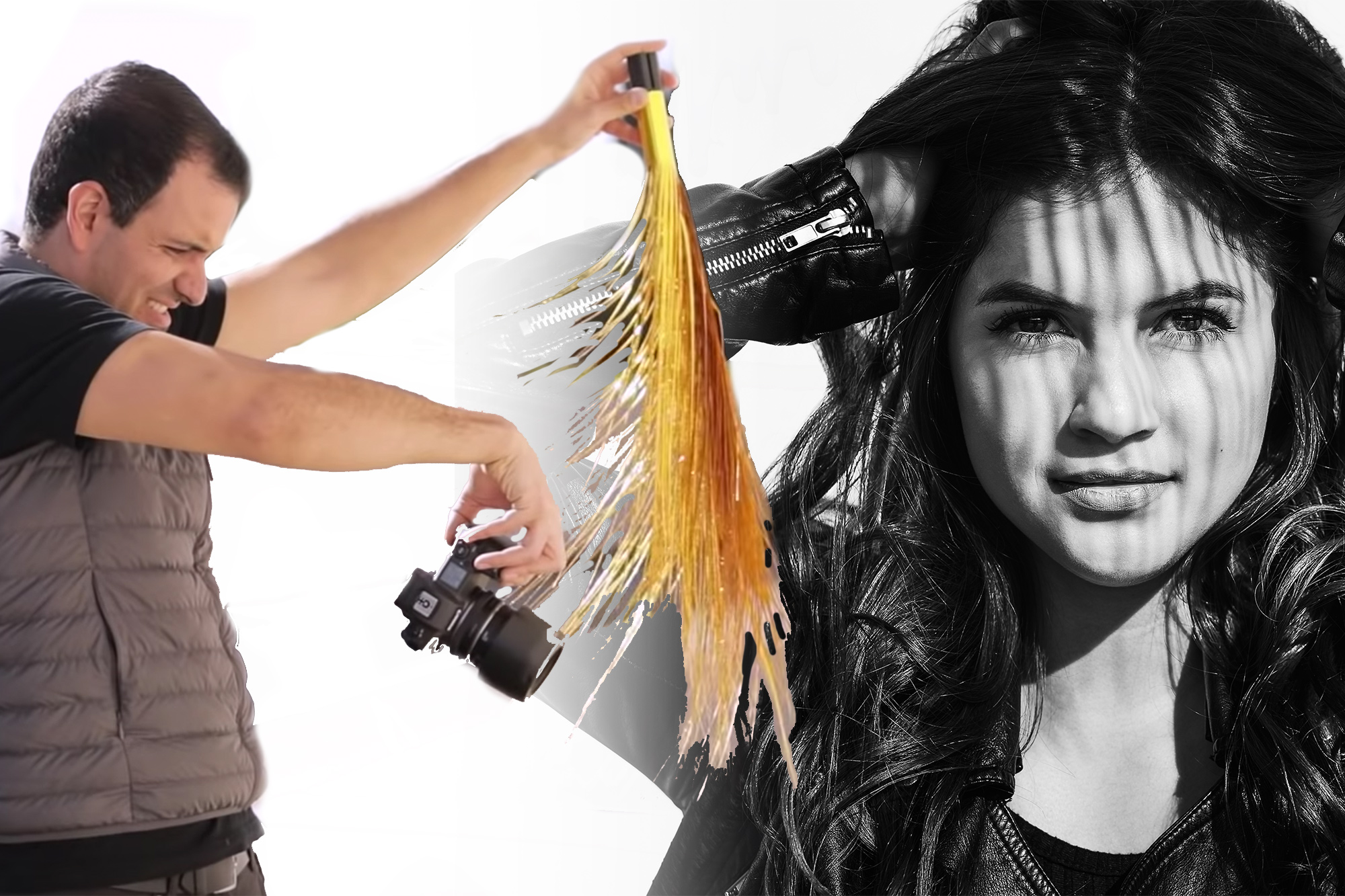 We’ve collaborated up with our good friends over at B&H Photo to create our latest challenge. In this video, Pye and I go head to head with one item we each selected from the Dollar Store. Then, each of us had to create three images with the EOS R and a Canon 85mm f/1.8 using both of the items. 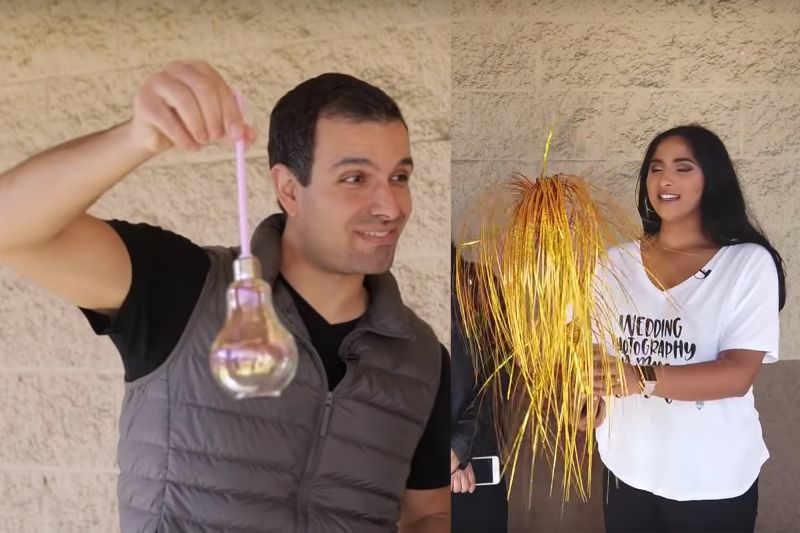 After a good 5 minutes in the store, we came out with these items as our final objects: a light bulb cup with a straw and a confetti firework centerpiece. As an added challenge, we chose a pretty downtrodden parking lot and decided to shoot at noon, possibly one of the worst lighting scenarios. Let’s see if we can make some magic. 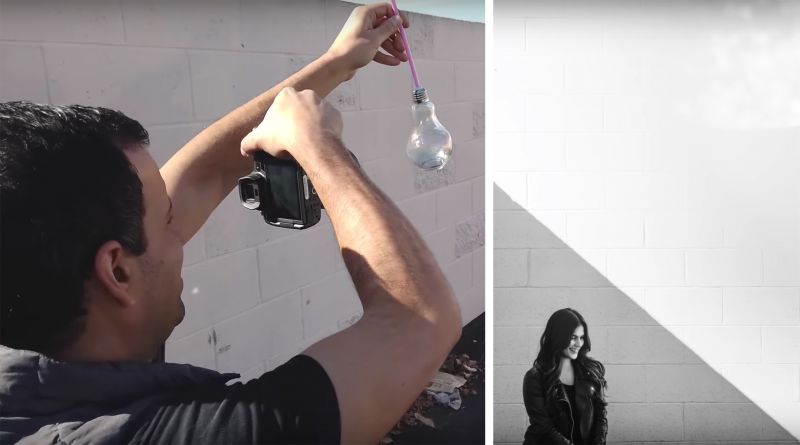 For his first image, Pye placed our beautiful model Selena within the triangle shadow to create interesting shapes in the image. The wall also acts as a giant reflector pushing some light into her face. Using a shallow depth of field on the 85mm and holding the light bulb out at the right distance, he was able to take his first image. 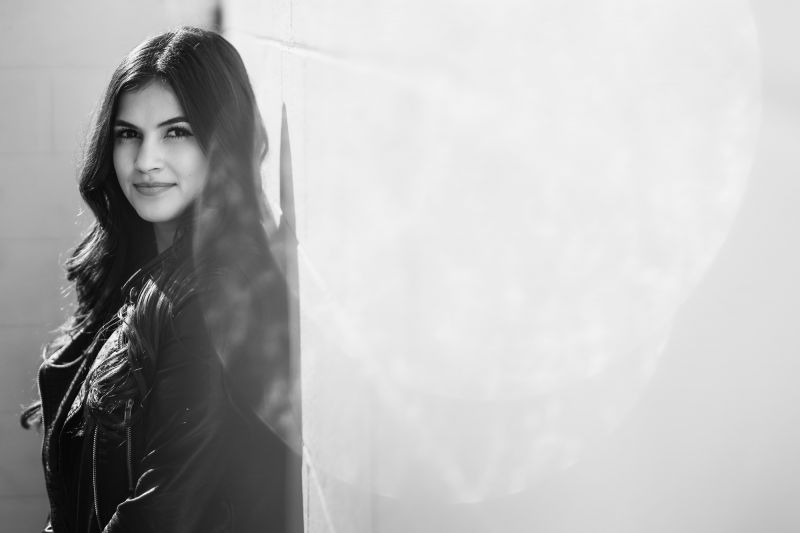 For his second shot he placed her against that same white wall but this time the sun was hitting the back of her had acting as a rim light. He soon realized that the light bulb was creating the same type of effect, just to different degrees. 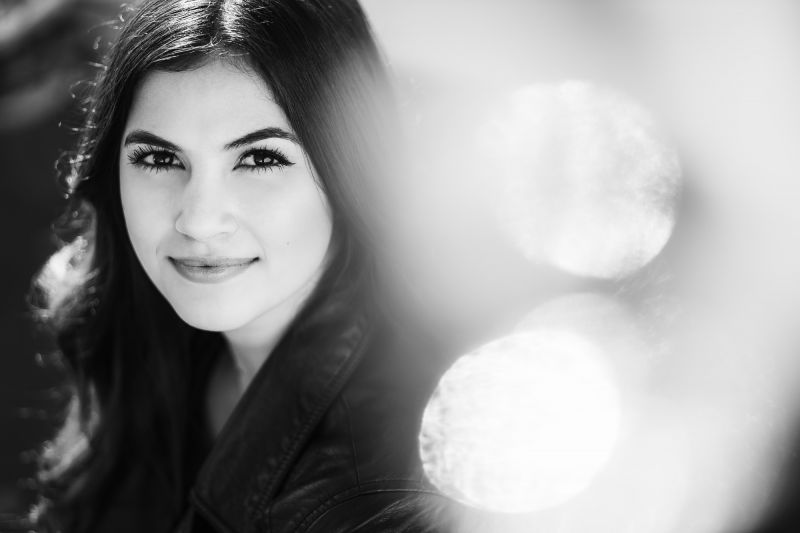 Selena is back on the ground for Pye’s third shot in order to place her against the darker asphalt while still using the sun to create that edge light around her hair.

I quickly realized after looking at Pye’s shots that we weren’t going to get that different of results. The properties of the light bulb really only created a certain type of flare so I just moved her to different background and switched up her posing. 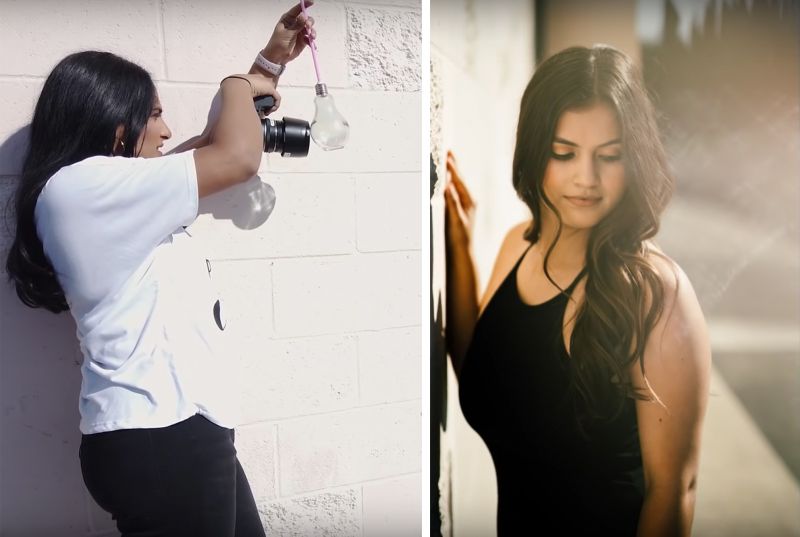 In the first shot, I used a similar wall to pump light into the shadows while keeping her back-lit.

To get some more color into the frame I walked over to the trees I saw in the background that I noticed while shooting the first image. Again, I was seeing the same type of flare come up so there wasn’t too much the object was really doing to make the image different from what we had seen so far. 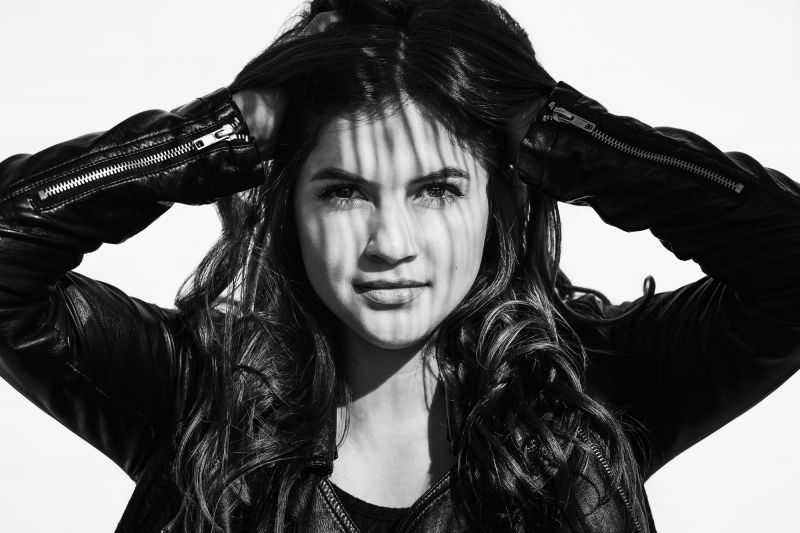 Instead of using the centerpiece in front of the lens, Pye decided to use it in combination with the hard sunlight to create a GOBO. This created interesting shadows on Selena’s face but took a couple of attempts to get right to match the harsh shadows and light with the look and feel of the image.

He noticed that when he was photographing Selena top down, the images looked too soft. For a more editorial and edgy look he dropped down to her eye level and had her tilt her chin up just a bit to assert dominance over the frame. This matched the look of the hard light perfectly. 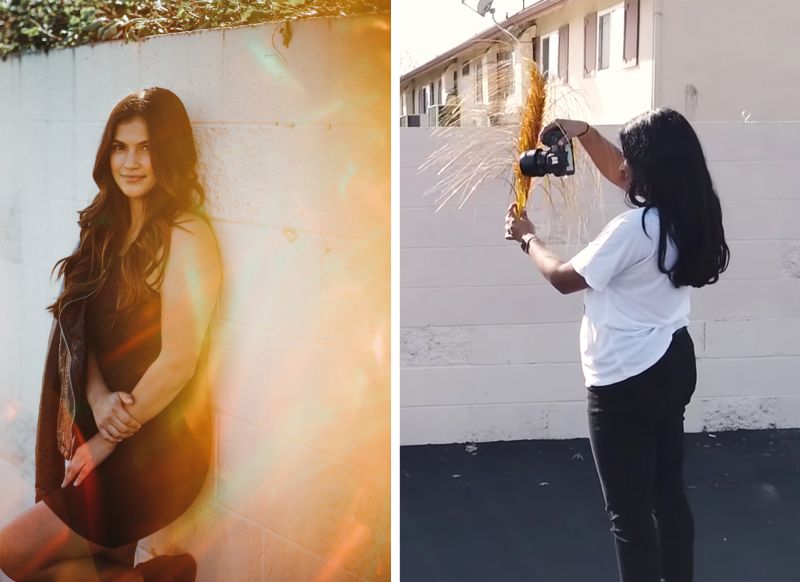 When I bought this item I knew it would have interesting flare characteristics because of how reflective the strands were. After bringing it into the sunlight you could see that it there were red and green streaks that would appear. 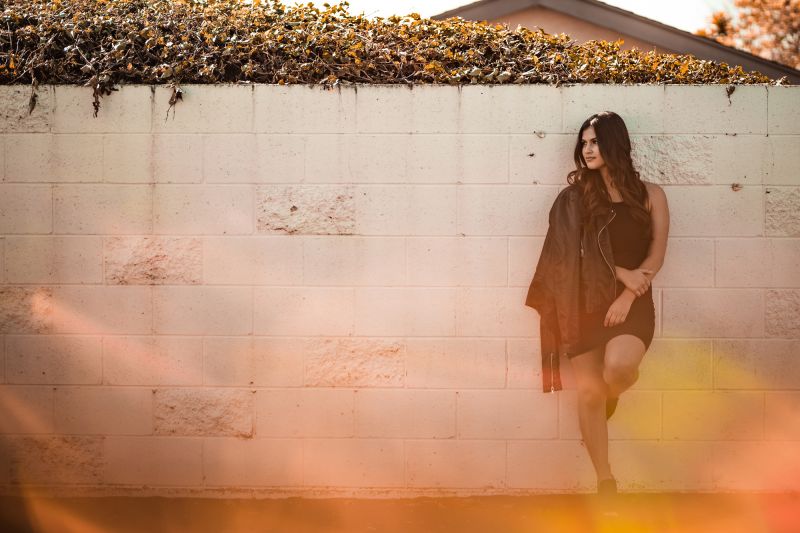 I used the flare as part of my composition for the first and second image in order to fill in the negative space and detract from the ugly parking lot. 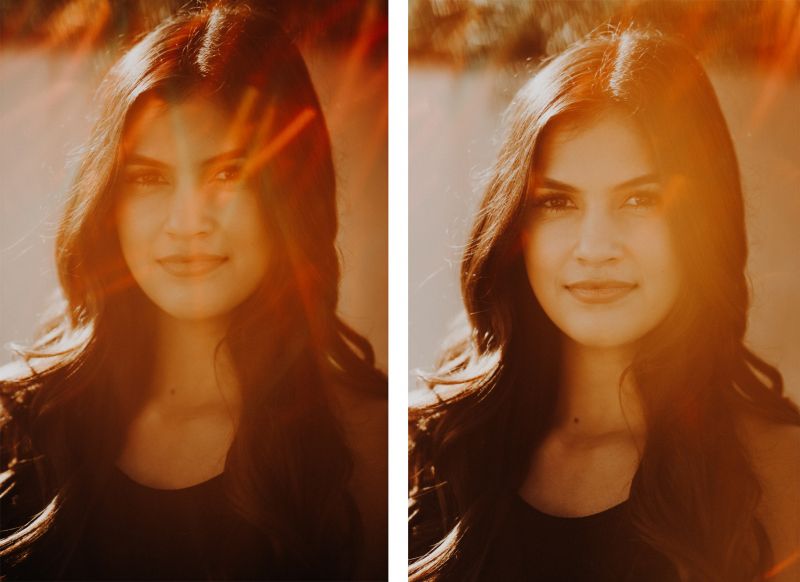 We’ve shown this technique before when using a sparkler in front of a lens -entire image has a rich orange filter. I placed the confetti strands in front of the camera and just waited for the right opening to catch her eyes.

We want to hear you thought was the winner! Let us know in the comments below or leave a comment on the video. If you liked this challenge and would like to see more, leave us a suggestion

B&H And Sony Team Up For Special #BeAlpha Event

11 Pros Tell Us About The Gear They Regret Buying