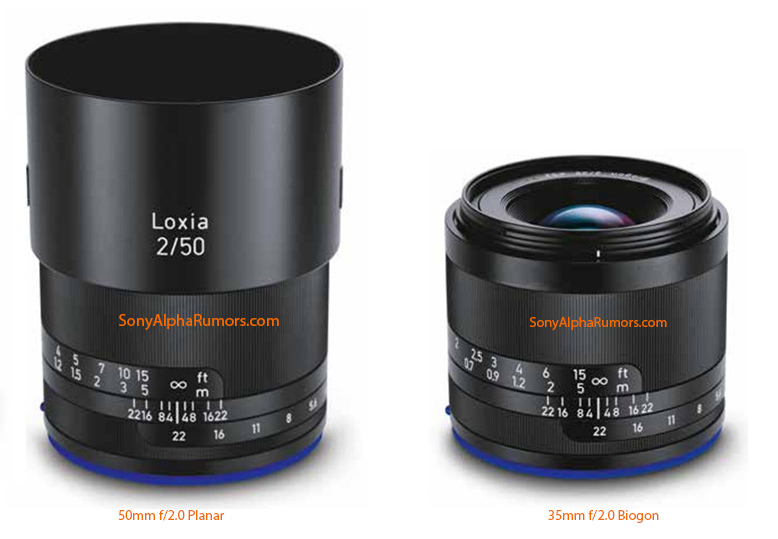 We have been following this Zeiss Loxia rumor since it first surfaced a little over a week ago. It has been a fast moving rumor that quickly went from, there will be Loxia lenses, to those lenses will be a 35mm and 50mm, to now images of those lenses leaking in a very short time.

According to a report over on Mirrorless Rumors, the images you are looking at are the first seen of the new Zeiss Loxia lenses that are rumored to be officially unveiled and announced this upcoming Monday or Tuesday.

Just as a quick refresher: these rumored Zeiss Loxia lenses are specifically designed for full frame mirrorless systems, which currently only includes Sony’s FE mount. The lenses will be manual focus and will feature aperture rings. While the current releases are limited to Sony’s FE mount, it is thought that if anyone else (Fuji, Canon, Nikon, Etc) released a full frame mirrorless (it’s only a matter of time really), these lenses would be made available  for those as well.

What are your thoughts on these Zeiss Loxia lenses? Do you like what you see from a design perspective? Leave a comment below!

Clearing The Smoke Around Grey Market Gear, and Why It May Be A Good Option For You