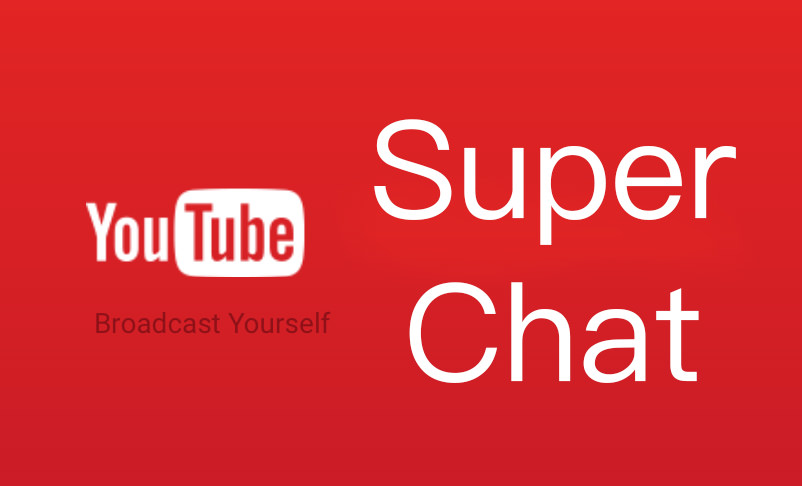 Just a few days ago YouTube launched a new feature called Super Chat, and any way you cut it it’s a revenue generation avenue for YouTube, but it’s also a bit more, it would also seem helpful to creatives who can now monetize their streams, and to supporters of those content creators that want to catch their attention.

So what is it and how does it work?

If you’ve ever heard of Twitch, the rather popular game-streaming site, you’ll know they addressed their streamers’ funding problem via Twitch ‘Cheering’, which basically lets viewers tips the streamers and get noticed at the same time. By all accounts this looks like the model Google and YouTube were going after with Super Chat, albeit YT’s appears more elegant. Essentially Super Chat allows viewers to pay to have their comments pinned to the top of the comment board, and those comments will be highlighted in a different color as well as showing the dollar amount they’ve paid.

Anyone who’s every viewed a a live stream knows that being noticed, being heard as a commenter and supporter can be essentially impossible – the moment you post your thoughtful and insightful commentary it will have been drowned under a sea of dross as tens of comments can flow with each passing moment. So essentially, while streaming has been great to bring the audience in, it still isn’t optimized for actual interaction. This is where Super Chat hopes to help, and utilizing it couldn’t be simpler: a viewer/user who is watching a stream on desktop of mobile (Android is ready and iOS to come soon) simply will click on the dollar symbol within the interface which allows you to set a dollar amount you’d like to pay and their comment will be featured.

[RELATED: Chase Jarvis Explains How to Network | The Other 50% That No One Talks About]

If numerous people are doing the same thing–as you can expect–your pinned position may be slightly different however, how much is spend reflects how long you can be pinned, which for now is a maximum of 5 hours. Also, along with more time, the more you spend the more characters you’ll be able to post. So who gets the do$h? YouTube, obviously, but a portion too goes to the streamer. In conjunction with the launch of Super Chat, YouTube is releasing an API that should let developers access real-time purchase data, and it will replace the soon to be defunct Funding API. Here’s a look at the rates: 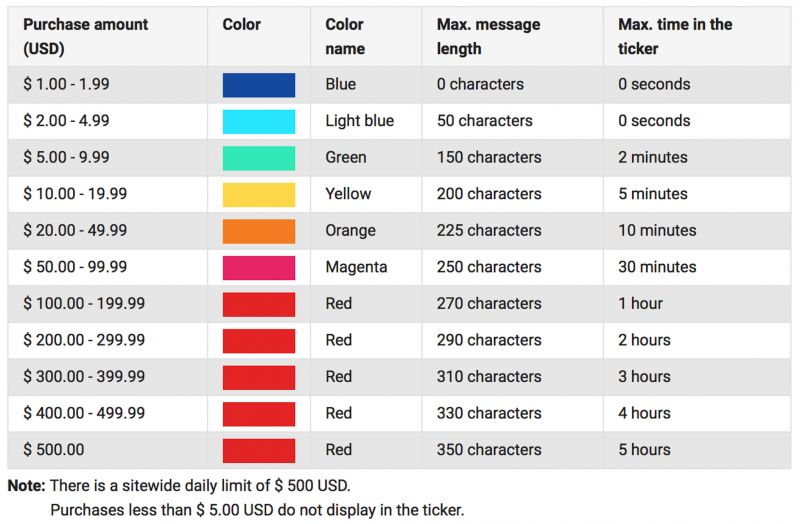 “Anybody watching a live stream can purchase a Super Chat: a highlighted message in the chat stream that stands out from the crowd to get even more of your favorite creator’s attention. And Super Chats remain pinned to the top of chat for up to 5 hours, giving more airtime for your messages.” – Barbara Macdonald, Product Manager, YouTube

Of course this brings up a sort of moral question for some who are equating the amount of money on hand to the right to be heard or the ability to speak, but such is the nature of finding a way to stand out it a noisy world. This could really be a good feature for photographers and vloggers who would like to connect more closely to their ‘super fans’, and does provide marketing opps all ’round.

The feature has been rolled out to a select few YouTubers but expect the full on debut to be Jan 31st.