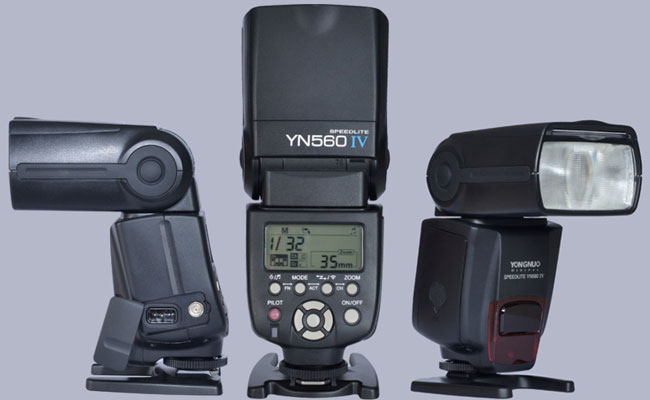 It is not clear what the new YN560 IV will cost at this point, but if you don’t care about having your speedlight do the triggering, you can still buy the YN560 III for about $80. A heck of a good deal for a speedlight with a wireless receiver built in. Anyone hoping for TTL on the new IV model, though, will be disappointed, still no TTL in the 560 series.

If you are interested in learning more, you can check out the full specs over on the Yongnuo website. These new YN560 IV units are not quite available yet, but as soon as they are, stay tuned, and we will update you.

What are your thoughts on these new YN560 IV speedlights? Do you rely on the Yongnuo triggering system for your external flash needs? Leave a comment below!