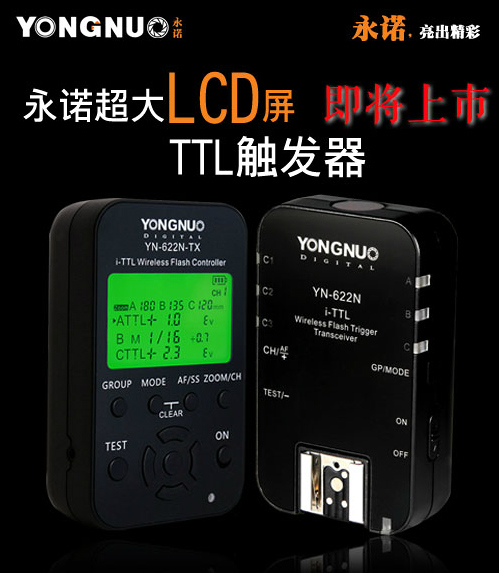 Yongnuo’s YN-622 TTL compatible flash triggers are getting a really neat upgrade here in the near future. The company announced today that they will be releasing a new control unit for both their Canon and Nikon specific YN-622 radio triggers.

Previously YN-622 users on Canon had to control wireless flash units through the in camera menu, which worked but was slow and cumbersome. Nikon users had it even worse and had to memorize button sequences to push. Something had to change, and these new control units are Yongnuo’s answer.

Sadly though the announcement of these new transmitters leave more questions than answers as there was no in depth feature list, pricing estimates, or even when they will be available. But even with small amount of information it seems that these are going to be pretty impressive additions to Yongnuo’s already very popular YN-622 system.

What are your thoughts on these new LCD control units? Do they make the YN-622’s more appealing to you as a triggering system? Let us know in a comment below.