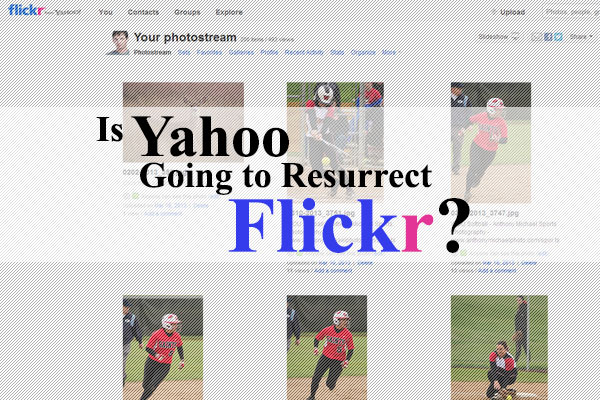 Earlier Today Yahoo sent out a press release inviting the media to a special “product-related” event to be held in New York City on Monday afternoon. Bloomberg is reporting that a source close to the matter has told them that the event has been scheduled to announce new updates to Flickr.

I know many people who have not used Flickr in years, but it still remains one of the largest photo libraries and communities on the web. Since taking over Flickr Yahoo has not done much to improve the service, with exception to the recently released mobile apps. But new Yahoo CEO Marissa Mayer has been really turning things around at Yahoo (too little too late?) as of late. Could this be what we have all been waiting for? Is Yahoo finally going to focus some resources on Flickr and try to resurrect the photo giant that once ruled the market?

Only time will tell, but rest assured we will be here to report any Flickr related news on Monday afternoon.

Flickr has long been my favorite photo community. 500px is great as well, but they are two different beasts in my mind. Flickr is aging in its design and features, and if these rumors about updates are true then maybe we will see Flickr attempt to regain some of the popularity that it has lost wile Yahoo all but put out to pasture.

I am excited and hope that Yahoo is finally taking Flickr seriously and planning to spend more time developing and bringing Flickr into the modern era – lol. Things on the top of my list as far as updates I am hoping for are: