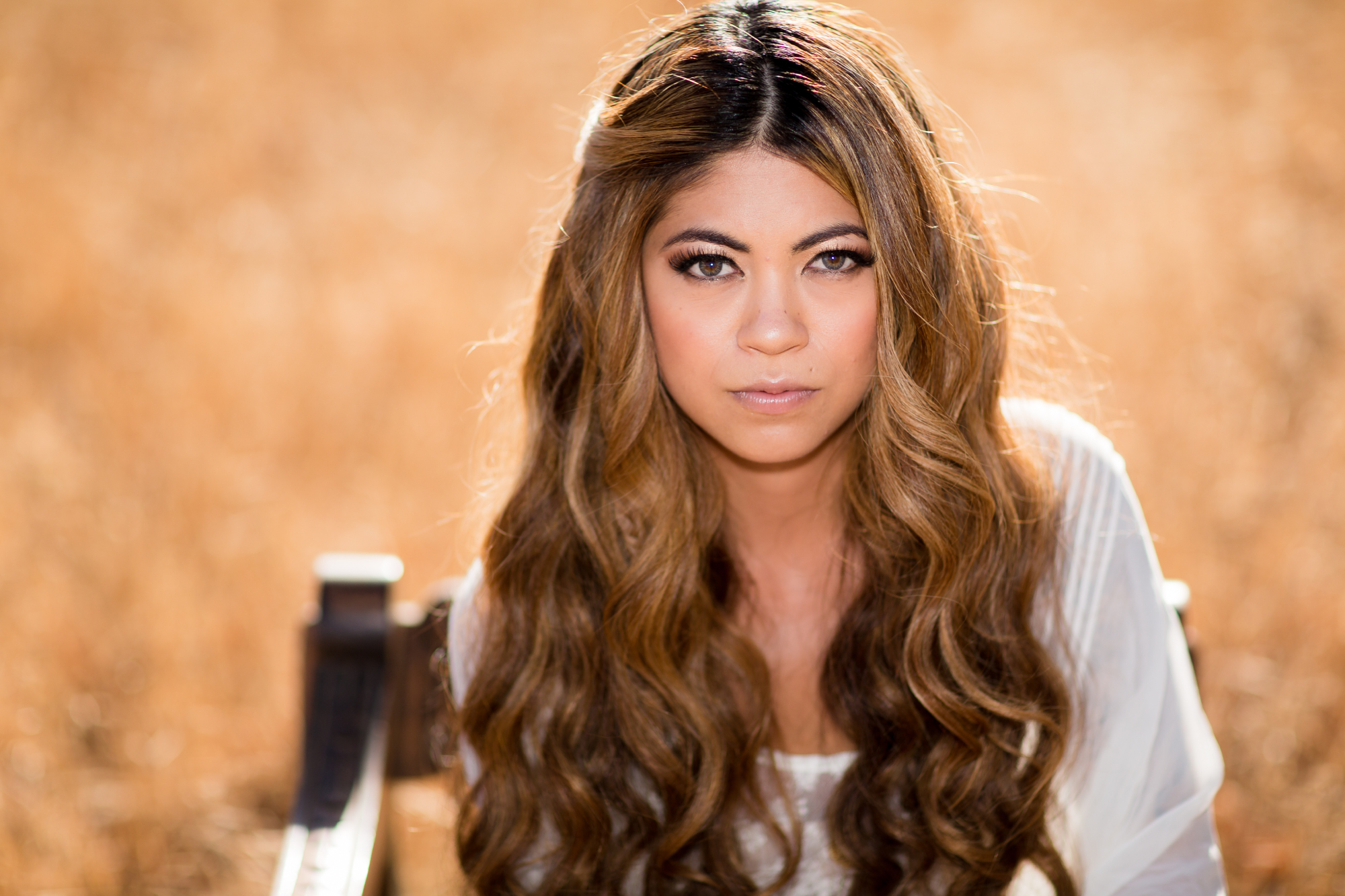 In the world of modifiers, you don’t have to buy and try them all to see the results. By understanding the basics of light modification, you can accurately predict how your images will turn out. Today we will focus on two affordable and basic modifiers: the Interfit STR110 Strobies and the Fstoppers Flash Disc. First we will look at what they are and how they are made, then we will hypothesize on what kind of image we will get even before we use them. Finally, we will test them side by side on a bohemian fashion shoot. 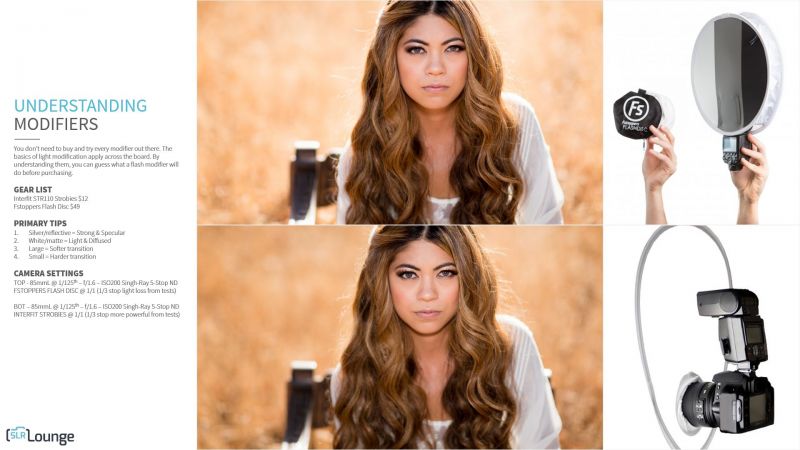 At around $12, this budget friendly modifier fits around your lens for quick installation on the go. It works well at defusing the full force of your flash using white diffusion fabric, however, this modifier has a few drawbacks. 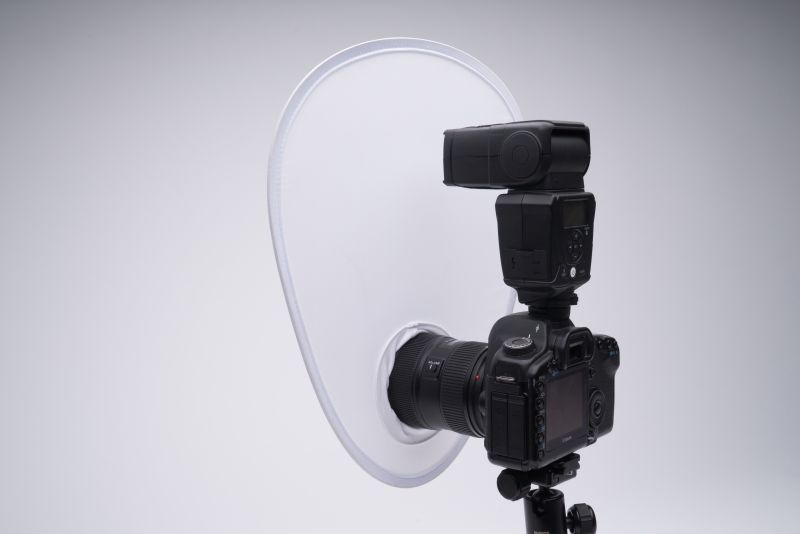 When you put the STR110 onto your camera you will notice that it’s very close to your flash. Because the flash is so close to the STR110, we hypothesize that it won’t enlarge the size of your light when you fire. An enlarged size of light creates a softer flash, which basically translates to a soft edge between shadow and light. This light will create a more flattering portrait. Because we know the basics of light modification we predict the STR110 will have a hard time creating a soft light because it does not enlarge the size of the flash.

This modifier is more expensive than the STR110 at around $50, but the flash disc is built with 3 times more material. Just like it’s name, this modifier was designed as a hollow, cylindrical disc encircling the flash from all around. The front of the Flash Disc is made from similar white diffusion fabric as the STR110 although it also has reflective silver wrapped around the entire side of the disc. 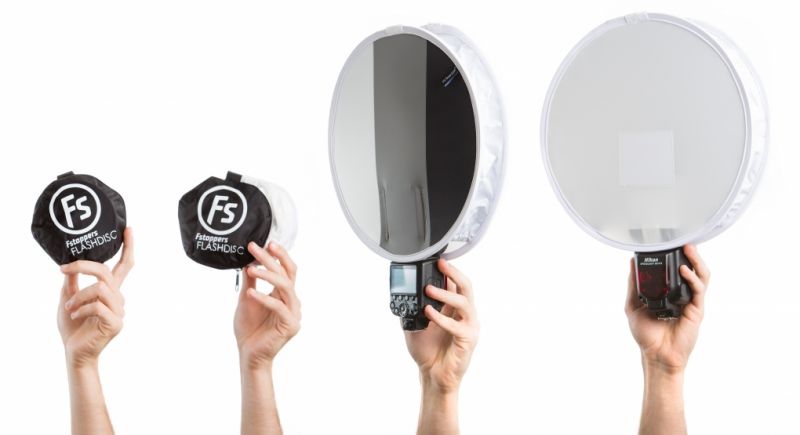 To better see the differences in light, we set up a side-by-side comparison during a real shoot. The camera was set to the same settings [1/125th – f/1.6 – ISO200 with Singh-Ray 5-Stop ND] and our flash was set to full power for both modifiers. We take the shots. 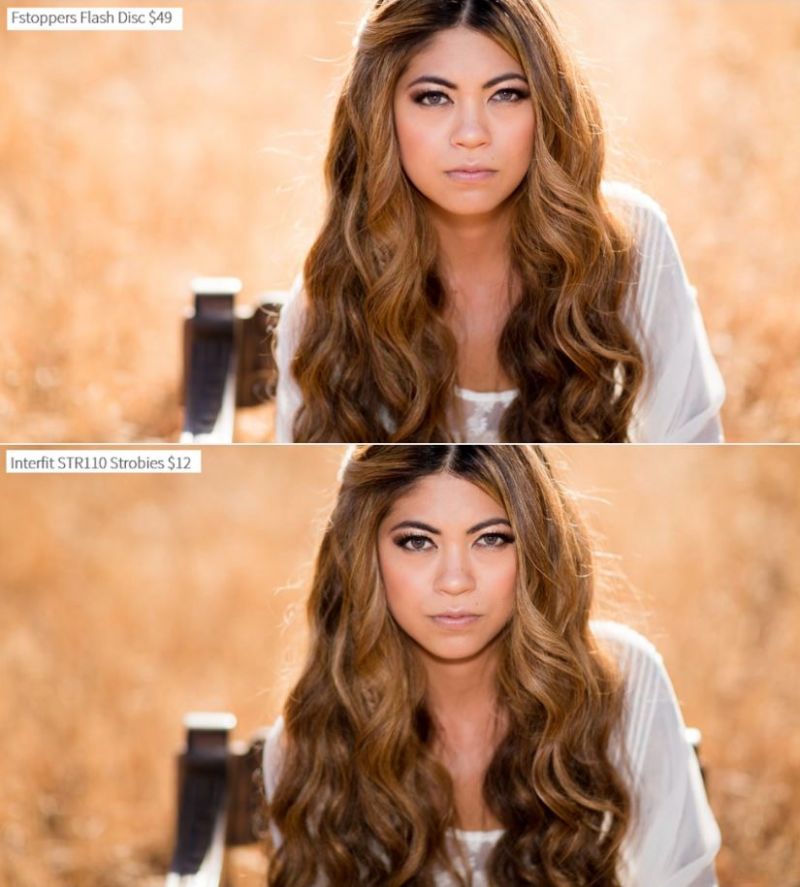 We noticed right away that one of our hypotheses was correct. The Interfit STR110 Strobies produced a brighter image because it allowed more flash power. For comparison purposes, we toned down the brightness for that image to match the skin tone of the Fstoppers Flash Disc. With skin tone now the same, we can look at the differences in both images.

Because the STR110 allowed more flash power (about ½ to ⅓ stop difference), we have a slightly darker background with more tone. However, in you compare the shadows under the chin, the STR110 created harder shadows and more of a specular light. In our Flash Disc image, the light is more diffused creating even soft shadows. It is a higher quality diffusion that you can see.

Remember these when looking at modifiers:

We hypothesized everything correctly not because we were wizards, we simply understood the basics of light modification. We knew what we were getting before we purchased them, and that is the goal; to have the knowledge of foundational lighting before you buy something you don’t need.