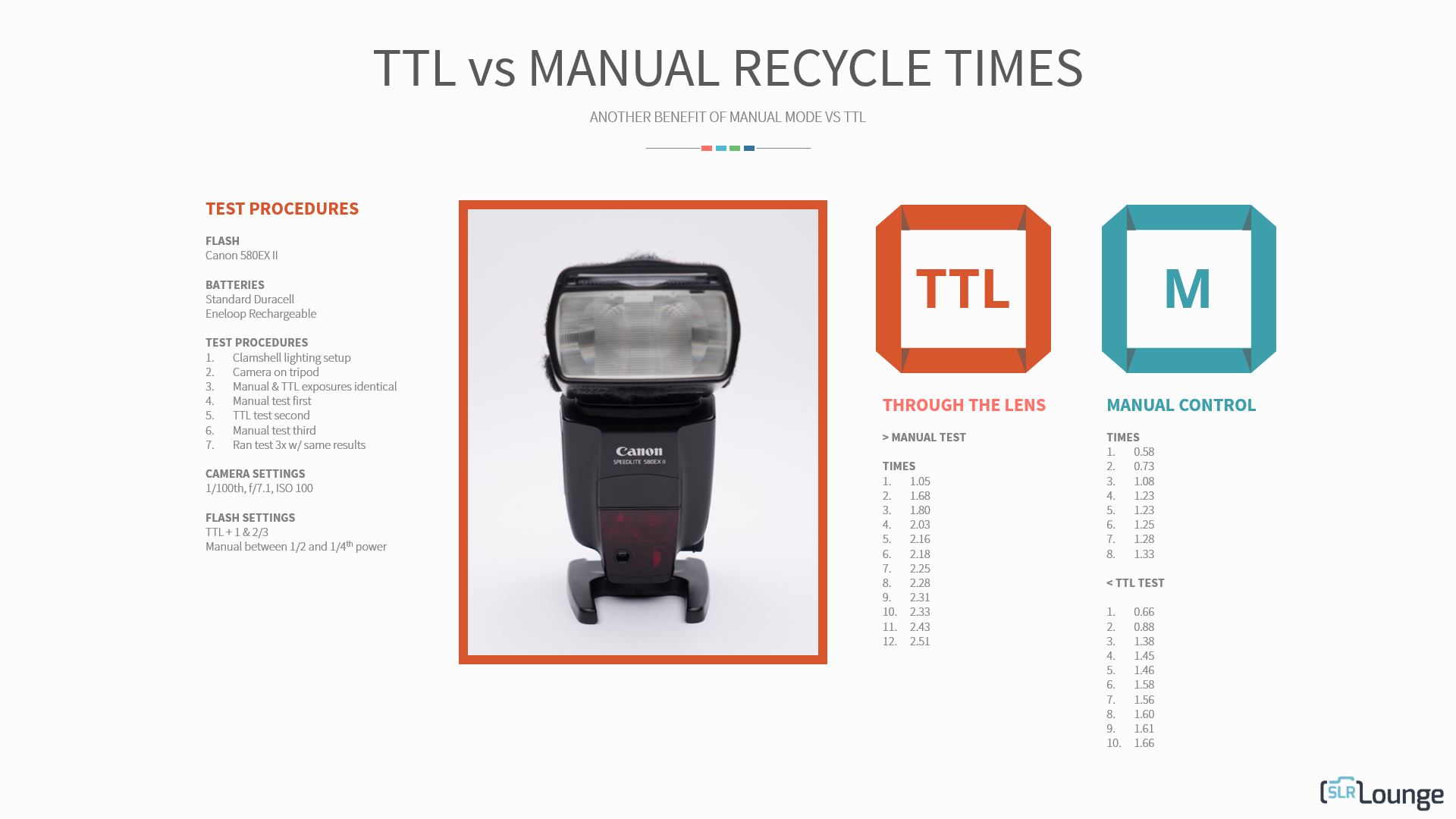 What I did was I actually did a test. I used the Canon 580EX II. We ran a simple test just to prove this point. Let’s talk about how we did it. We’re using the 580EX II, we used standard Duracell and Eneloop rechargeable batteries. We ran the test three times with each just to make sure, like we didn’t want anybody to doubt the results, okay? Each time we used brand new batteries, either freshly recharged Eneloops or brand new Duracells.

With each test procedure, here it was. We had Olivia sitting there, we set up a little clam shell lighting set up, we had the camera on a tripod so that way nothing would change, okay? We’re using manual and TTL exposures on the flash and we set those exposures basically to be identical across the board. That way when a manual flash fired, it was the same exposure as when the TTL fired. We did a manual test first, we did the TTL test second.

Okay, so manual was tested third and then we ran the same test three different times with each set of batteries and with the exact same results. Now, the numbers slightly varied based on how old the batteries were, like whether the Eneloops were a new set of Eneloops versus an old set, but the numbers were identical in the way that they progressed, okay?

Does TTL use more power and does it slow down your recycle time? Yes. If your camera, if your flash is firing a pre-flash to gauge exposure it will indeed use power and it will indeed slow down the recycle time. If you don’t believe, run the test yourselves. Guys, we’ve done it six times here just to show you and we have all the video footage there to prove it and everything, so please take my word for it and don’t waste your time.