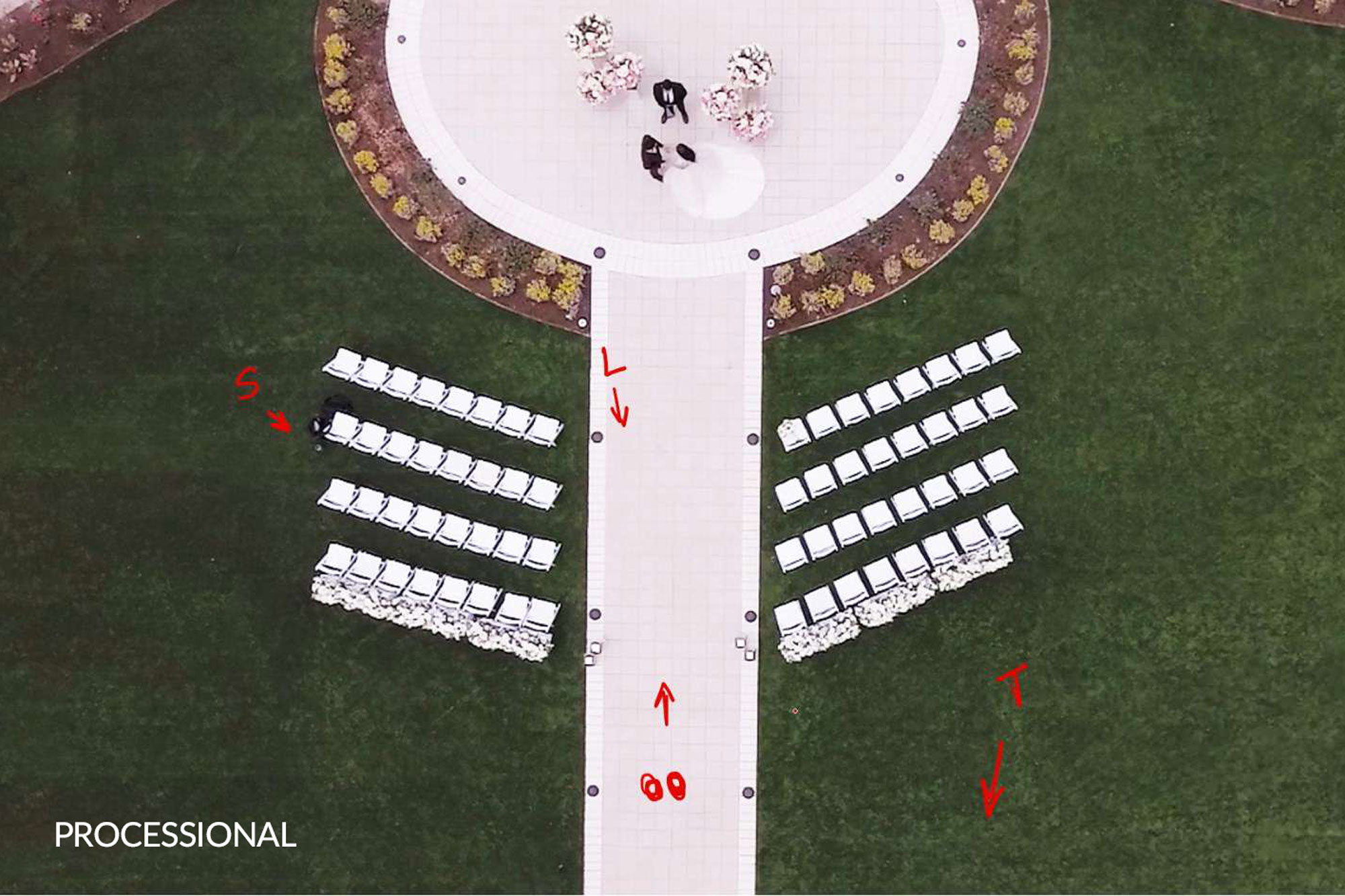 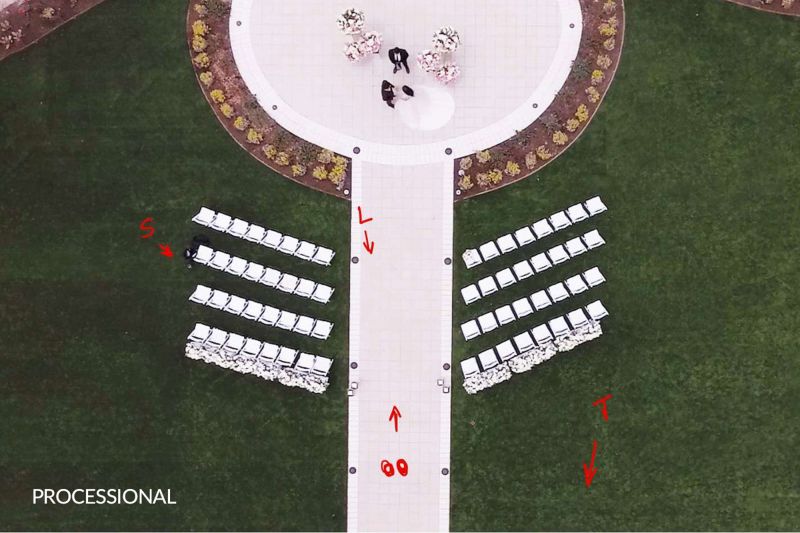 Now it’s time to get specific. During the processional, lead shooters generally occupy the front of the aisle, close to where the bride will end up at the start of the ceremony. Based on the best available light direction, second shooters will generally shoot from a side angle, just outside the front row. Third shooters can stand near the back of the aisle, off to the side, to capture the wedding party as they enter the area and begin their walk down the aisle toward the front. 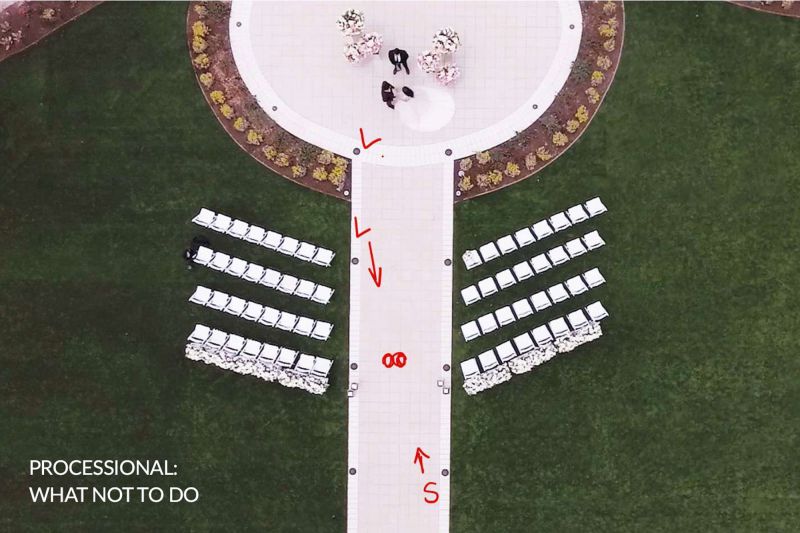 Lead and second shooters should avoid positioning themselves at diagonal corners when covering opposite ends of the aisle, as they’ll likely end up in each other’s shots (see image above).

Assignment: Within a Single Moment