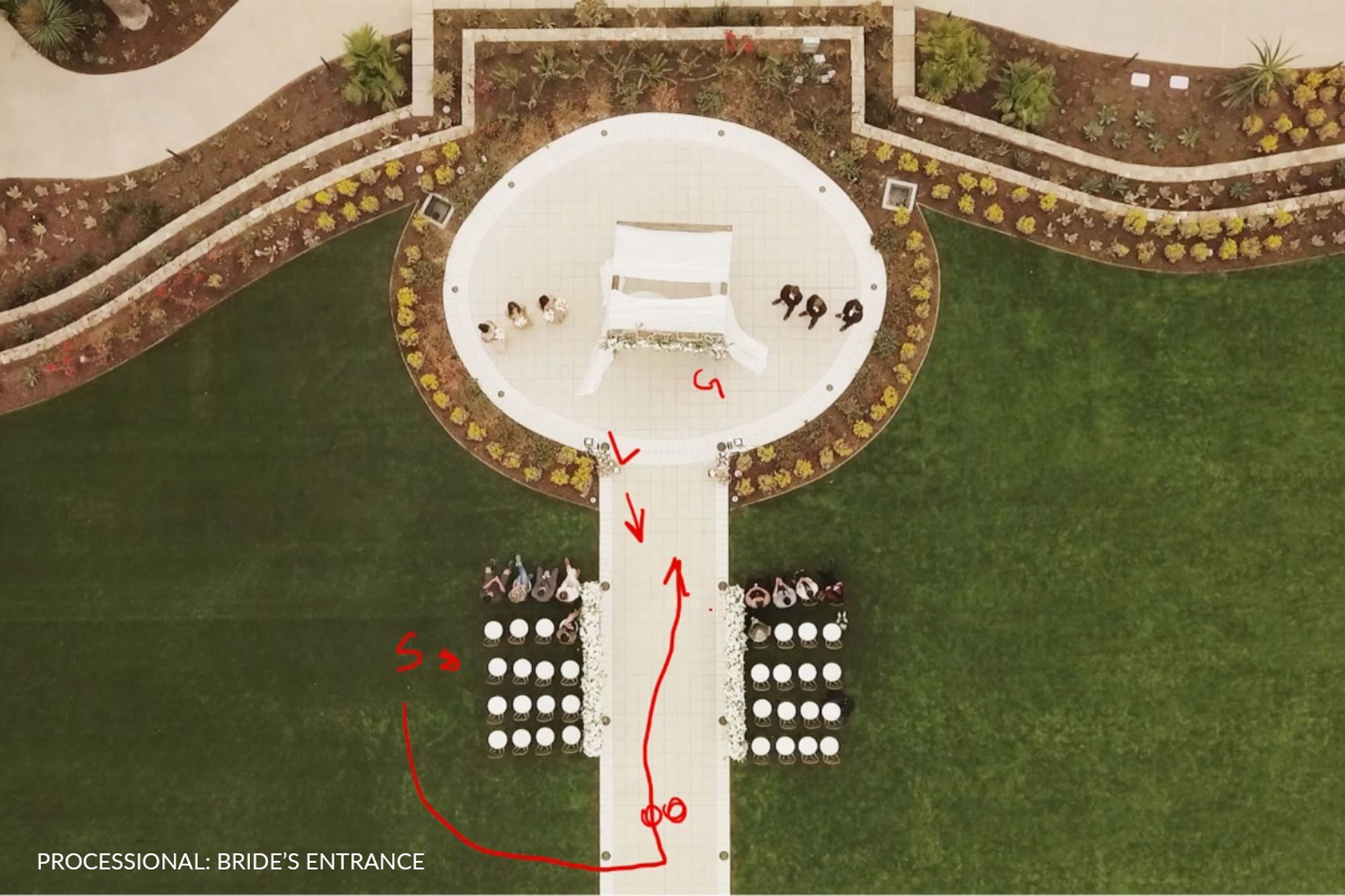 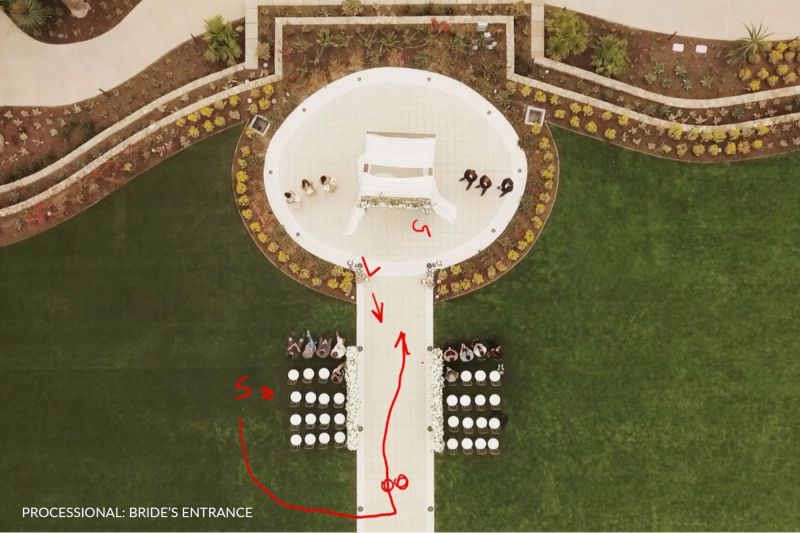 Not much changes between the groom and bride’s entrance in terms of lenses and positioning. That said, the second shooter will likely move around to the back of the aisle and shoot through the bride and her father to capture the groom’s reaction. 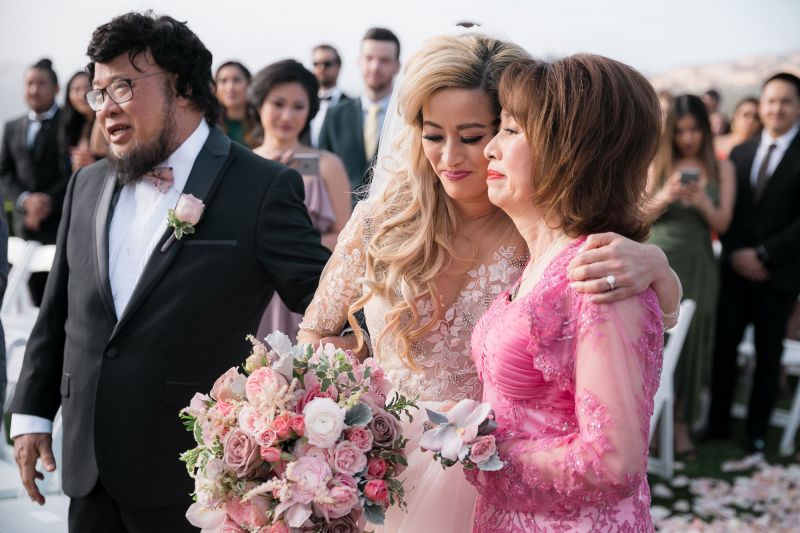 This part of the processional offers second and third shooters a great opportunity to look for creative angles and shoot-throughs. Third shooters should be aware of the other shooters’ angles and try not to position themselves in the line of sight of other shooters. As for lead shooters, they should stay in the front and capture the bride from their position until the bride’s parents present the bride to the groom.