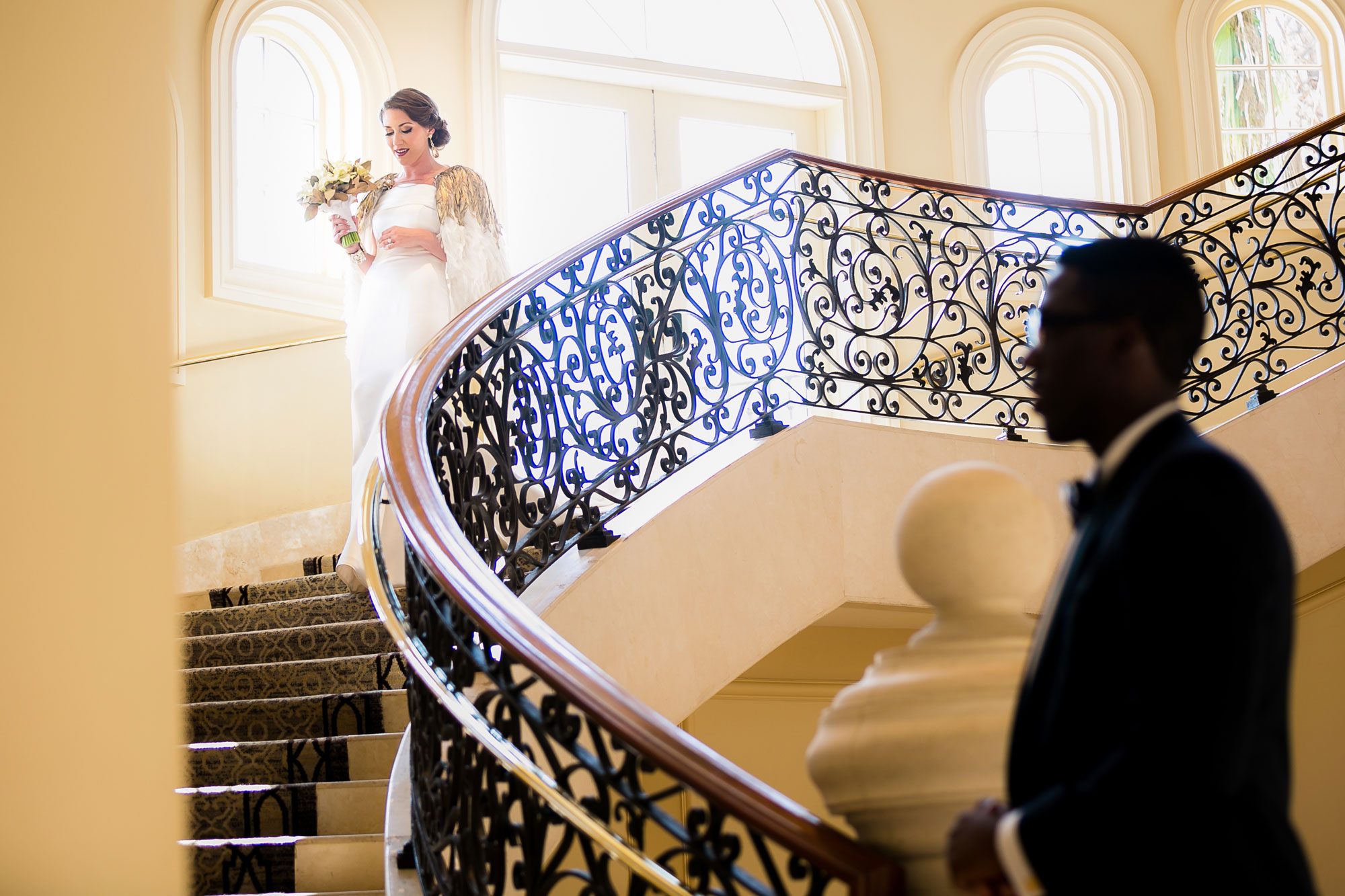 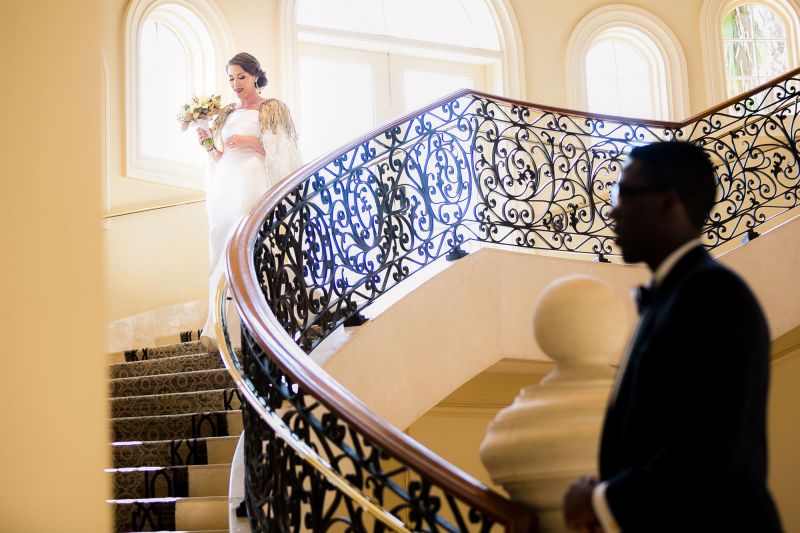 When setting up a first look, position your angles with clear views to capture the bride and the groom’s interaction, and if at all possible, position the couple so that they are backlit by the sun.

If only one person can be positioned to be backlit by the sun, be sure it is the shorter person, so that the taller person does not cast a shadow onto them. Lead shooters should position themselves to capture the groom’s reaction, as his reaction rests at the heart of the first look sequence, while second shooters should focus more on the bride’s reaction. Lastly, third shooters should capture the wider environmental angles and move accordingly.

Ultimately, be sure to avoid crossing angles and getting into each other’s shots. When in doubt, and if time permits, test the angles before bringing out the bride to capture the real thing.