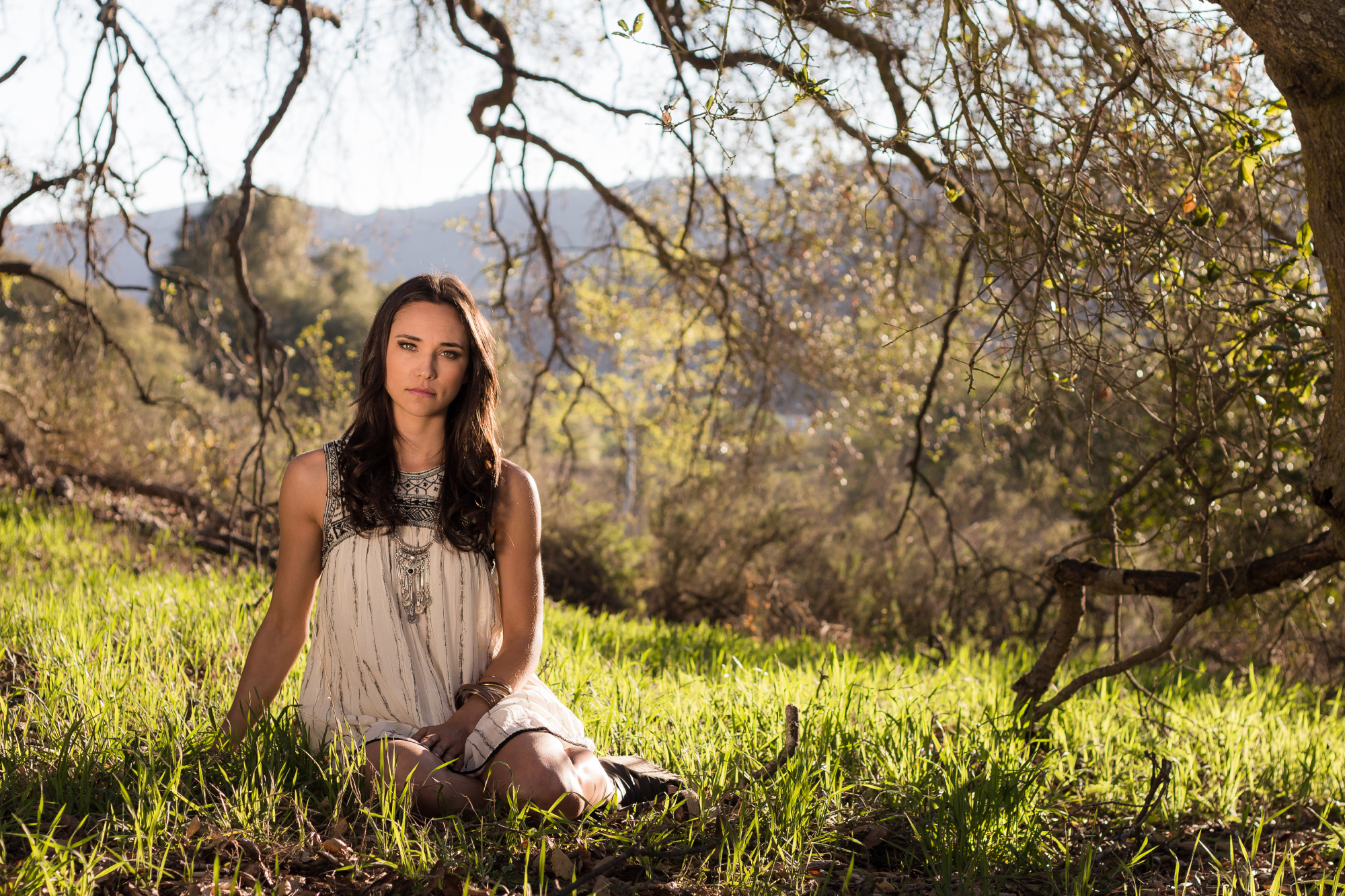 I want to guide you all through a quick video regarding exposure and composition. Exposure is a key component of the composition but even while holding an exact exposure, you can actually arrive at a completely different composition by variating shutter speeds and or aperture. Now in this video I want to specifically illustrate this via the aperture. Unfortunately at this point, true story, Pye completely lost his voice. I’m going to have to walk you through what actually happened in this scene.

For this scene, Pye is shooting Whitney in a seated position and Pye placed Whitney in an area of really strong highlight under a tree just so she could have some nice rim light on her hair. In addition, the tree branches in the background became a perfect element to demonstrate depth of field. Also, because her face was deep in the shadows, Pye is having the lighting assistant hold the silver reflector close to Whitney which is bouncing really powerful direct sunlight back into Whitney’s face and that’s acting as the main light.

From this point, Pye gets an exposure reading on his camera by metering from the model’s skin tone with a reflector light added and he’s coming up with a reading one 1/600th of a second at F2. It’s an ISO 100 for a proper exposure for her skin. At that point we have our first shot here and here’s the final shot straight out of camera and here it is the same image once it has been RAW processed inside of Lightroom.

Again if you all want to learn how to post-process your raw images, be sure to check out the SLR Lounge Lightroom Workshop Collection after you complete this workshop series. At F2, we have a really beautiful image where Whitney really pops off the background because the background just smooshes into a wonderfully delicious bokeh. Watch from here, Pye adjusts up one full stop to F2.8 for his aperture. Then he’ll slow down the shutter by a full stop to 1/800 of a second which is actually exactly the same exposure as before but now we see the depth of field shift a little to be a bit more deep.

At F16 Pye keeps the shutter still at 1/100 of a second again but brings the ISO to 400. Then finally, at F22 Pye has the shutter still at 1/100 of a second and then the ISO is at 800. Now through every one of these shots, the exposure is identical but as we flip through them and compare them, look at how dramatically the composition changes from image to image as the aperture changes. Just remember even though you have an identical exposure, your shutter speed and your aperture is going to greatly vary the compositional value of the image.

Compensating for Light and Dark Scenes