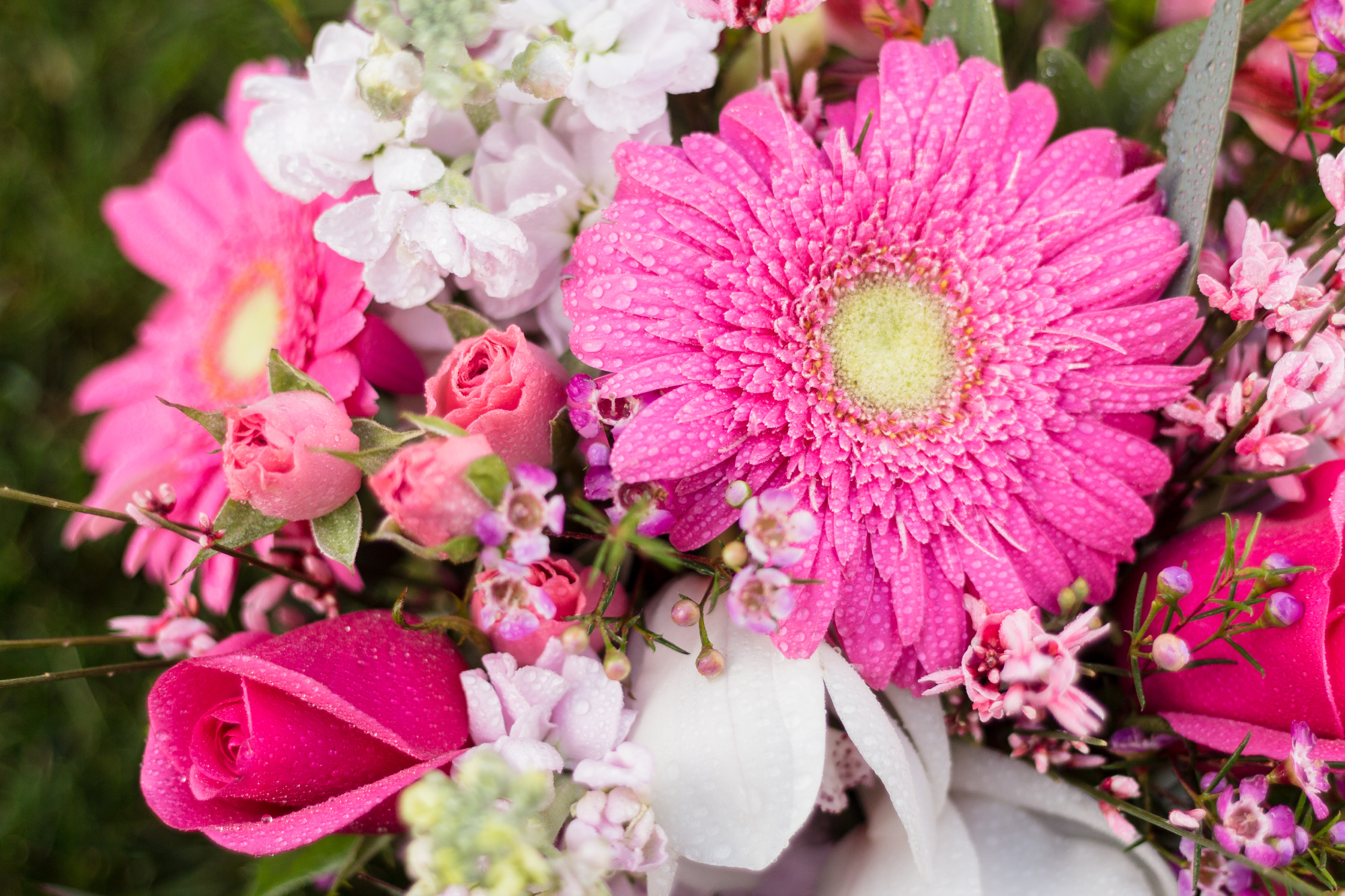 This is the final video in our automated mode chapter and in this video what I want to talk about are the creative, or the effect modes, that are available on, really more of the consumer-end cameras. Now when you step into the higher-end cameras these modes are not included, but what these modes basically do is they apply essentially almost things that you would do in Photoshop like filters and effects to the images right in camera. For this specific tutorial we’re going to be using the Canon Rebel T5i and there’s a specific reason why I’m not using the Nikon because many camera brands, and camera makes, well what they do is when you’re in these creative auto modes they don’t give the ability to shoot raw because it’s basically going to process the image in camera and it spits out a final jpeg.

This is kind of an important note to consider, the Canon does let me shoot RAW + JPEG, so it’ll give me that final JPEG processed with these effects, but I also get the raw for later use. All right, so we’re going to be shooting on the Rebel. Now I’m going to go ahead and get started. What we’re going to do is flip into CA, so Creative Auto on the Rebel, and we have a lovely little flower scene set up. What we’re going to do is I want to a shot of this and let’s do the first thing that most of us would do when we just kind of get into photography and we just start shooting, is we see some cool flowers like this and we’re like, “Oh this looks beautiful. I’m just going to take a picture.”

We just go like this and we just going to have the camera pretty much decide everything for us. This picture looks absolutely not that great, but all we did was just walked up to it and we just took the shot. I want y’all to train yourselves out of that. Where you basically walk up to a scene and decide how to shoot it. What we saw in the last shot, is that we saw too much background. I mean the composition was just bulls eye centered and then we saw all of this background, which clutters with everything, but it still looks not very good. We need to do a little bit more and what we’re going to do is I’m going to teach you guys some simple tricks here.

We’re going to place this right over in front of our flowers. I’m going to give myself a little bit of room to sit too. Let’s put it right here. All right, let me come back around and let’s just see, well, what that did and immediately, just in looking at the flowers from where I’m at, it’s already improved. This is something that you guys can take anywhere you guys. These fold up really small. When you are going a hike. When you’re going into the mountains, take one of these with you. If you like to shoot flowers, you should have one of these scrims because it’s wonderful for daytime shooting.

Now let’s go ahead and adjust now. I’m going to get kind of the same composition that we talked about. All right let’s take a look at that one. That’s already so much better, but what I think I can do here is add maybe a little more light and maybe just a little bit more details to get it to look nicer. All right, let’s do this. Let’s go ahead and I’m going to grab my silver reflector. I have one other reflector. I always carry around two, or three, reflectors because there’s so handy. They’re handy dandy.

Now what I can do is just basically use this to shape the light around the object, okay. I’m going to see if I like that in just a second. What I’m going to do first though is, let’s go ahead and bring in a flower photographer’s best friend, your bottle of water. All right, these are one of those things that, again if you’re going on a hike and you like to shoot flowers, take a little spray bottle with you because you can spray water on to them. Of course, the best time to shoot flowers is when it’s basically just after it has rained. When you have cloud cover. When everything is covered in water, but we don’t have that right now. We have bright sunny skies, so this is our cloud cover and we have this, this is our water that we’re going to spray on to it, so we are essentially mimicking what it would like right after a rainstorm, okay.

Let me make sure that this is on the mist mode, okay. We’re going to just spray a little bit of mist over. I don’t know why I’m shaking it, it’s not like it’s a can of soda or something, but that’s okay. All right, now I’m going to see if this silver side is something that I want because what it’s going to do it’s going to add a lot of extra light and dimension, especially to the little sparkletts of water that are all over the flowers. What I’m noticing here is that the silver side, it might be just a little bit too harsh. I’m going to take a shot of it, just so you guys can see this actually.  Okay, let me take a quick shot.

The silver side is nice, but it might be just a little bit too strong, so instead of using the silver side, well I could use a white side. What I’m going to do instead is just grab this other scrim. I have one other scrim right here and let’s just see if we like this because I like it how it looks just without the scrim as well. We might not even need either, we’ll see and I actually kind of like this probably the best. Using this white, it’s much softer look. We get a really beautiful look with the flowers and all I’m going to do is just bring it in and take the shot. Now it looks gorgeous, I love it.

Okay, so take a look at where we started. When we shot that first shot just with the harsh daylight and all the way over to kind of adding in our cloud cover, and then adding in the water and each step really improve the overall production of the image. Now let’s go ahead and check out the different creative auto modes. Remember, I am on RAW + JPEG, so we’re going to get the raw file, in addition to the jpeg file. Let’s go ahead and switch into – I’m going to hit the menu, we’re in Creative Auto already – so all I need to do now is just basically go into the menu and just choose which one I want. Now with every one of these settings, we have a standard – I’m going to read off what we have. We have a standard setting. We have vivid, soft, warm, intense, cool, brighter, darker and monochrome and in every single one of these menus, we have the option to basically choose the strength of the effect we want to apply. Do we want it to be low in strength or high in strength?

Something I think would cool on this image, is maybe something that looks more vivid, okay? Let’s go with vivid and I’m going to leave the effect – actually let’s go with low and let’s kind of bump it up and just see how it looks. What it’s going to do is add a lot of contrast and saturation to it, so I’m going try it like this and then we’ll kind of bump it up as we go. Perfect, now let’s bump it up to strong and see how strong it actually gets. I always forget that I have a touchscreen on this. Touchscreen is so nice. All right, now it’s perfect. Okay, let’s do the same thing again. All right, now I can see already just from the back of the screen how much more contrast and saturation it’s adding. Let’s try some other ones.

I’m going back in the Standard just choose our ambiance, let’s see here. Another one I think is going to look awesome in this – well intense is going to be fairly similar – let’s do a monochromatic one because there’s a bunch different options here and most of them just do what they’re going to say. Like the cooling one is just going to cool it down, so it’s now going to be as warm. The warming one is going to make it more warm. It’s going to bring in the yellows, and the oranges, so it’s really kind of, as far as, the menu options, it’s really what you see is what you get. What I want to do is do a black and white, and we’ll do a monochrome and then the different kind of versions of black and white that we have, which I’m not a huge fan of, but I want you guys to see it just to see it.

Okay, let’s go monochrome first. I’m going to bring in the reflector and I’ll take this shot again. Perfect. Now let’s go to the other mode, so in addition to monochrome, we have this effect of blue, which is kind of like that sienna tone monochromatic look, which I’m not a huge fan of again, but you know they put these into the camera because they are a lot of people that dig these different styles and that’s totally fine. Just because something doesn’t fit your style, it doesn’t mean it doesn’t fit someone’s style.

We also have a more sepia tone one. Again, I’m not a big fan of sepia tone stuff, but I want you guys to see what it looks like. Okay, so here’s the sepia tone version. Now you can probably see from these images, why I recommend that you shoot these modes in raw plus jpeg. It’s great to have that jpeg processing camera and to have that cool effect applied to it, but some of these effects can be very strong and these effects are not actually nearly as strong as some of them that are available in, say, a Nikon, or a Sony, or any of the other cameras that you might get. Some of them look straight up like paintings, so if you have the raw file you can always go back to it at a later point in time.

I’m going to go ahead and take a couple more shots of my lovely flowers. You guys, for your assignment in this video, I want you guys to all go and basically play with these creative modes in your camera. They might be known as effect modes. They might be called something else, or artistic modes, whatever they’re called go out and check out what you have. See if you can shoot RAW + JPEG in these modes. If you can then feel free to use them as much as you want. If you can’t, I’d recommend that you kind of stay away from them a little bit because you might end up getting shots that are a little bit too much and you can ever remove those effects that apply to it.