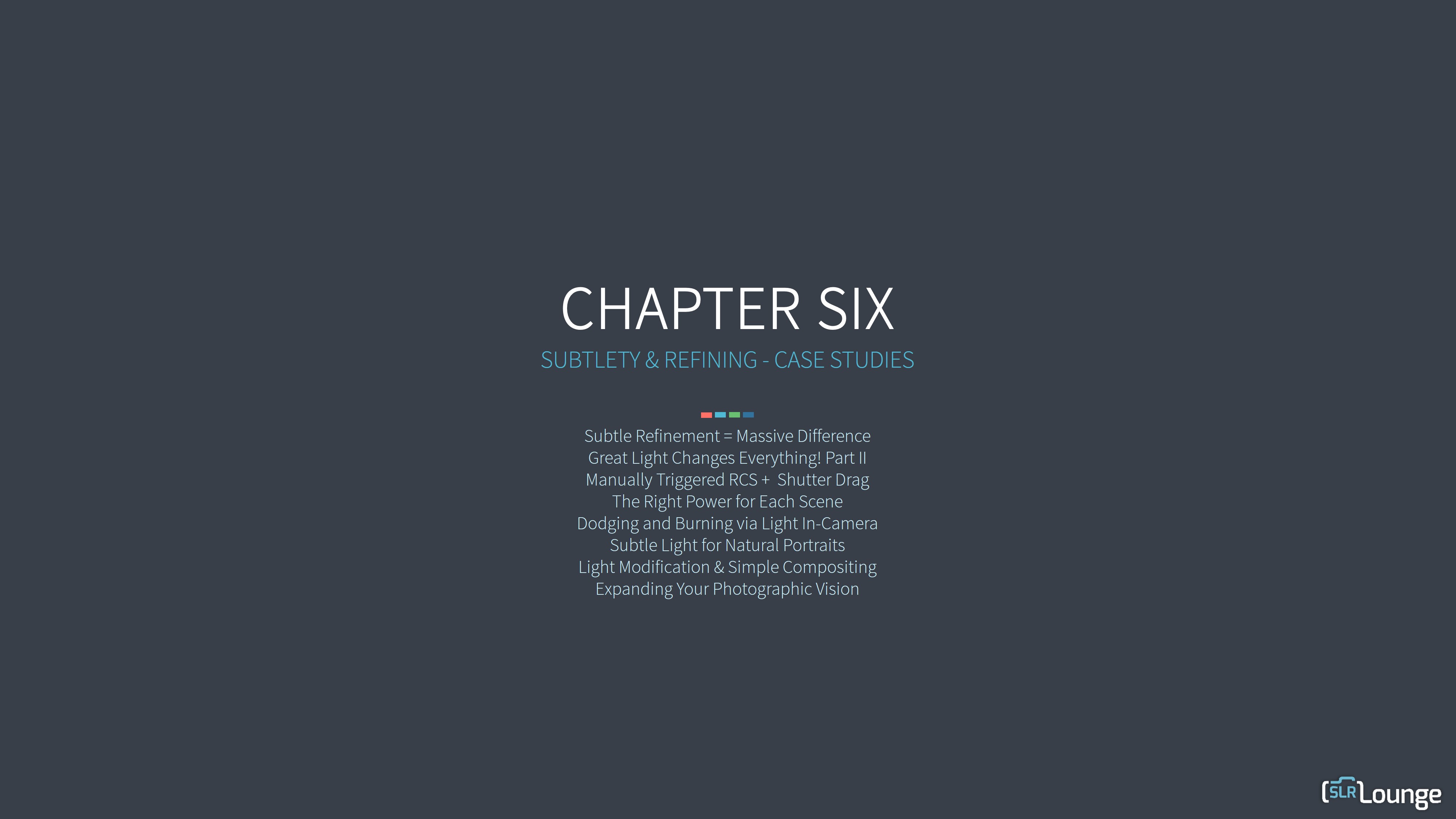 This chapter is dedicated to subtlety and refining as this is our case studies chapter.

This is where I want to show you how small differences, small changes, small bits of refining can make massive changes and massive improvements to your images. Then we’re going to jump into how great light change is everything part deux. Then we’re going into manually triggered rear curtain sync + shutter drags. Yes, we did this earlier with a one second drag, now we’re going to do it with a 30-second drag at night time. It’s going to be awesome. We have the right power for each type of scene. We’re going to analyze several different scenes on a family shoot, and basically talk about how just the right amount of power in each scene really does a great job of giving us a good lifestyle look. Then we’re going to go into dodging and burning via light-in-camera. That’s right, folks, the dodging and burning process should start in-camera and not just in Photoshop.

For subtle light for natural portraits, we’ll take you on an engagement session, show you how small changes in lighting can make for a big difference and how to basically utilize just subtle light as essentially subtle flash in place of a reflector, because there are certain advantages to it. Then we’re going to go into light modification and simple compositing. We’re going to go back to the dessert for that shoot, we have a really cool shot that we’re going to end up with. Finally, expanding your photographic vision and that’s going to be a little precursor to Lighting 301.

Better Light Can Change Everything!