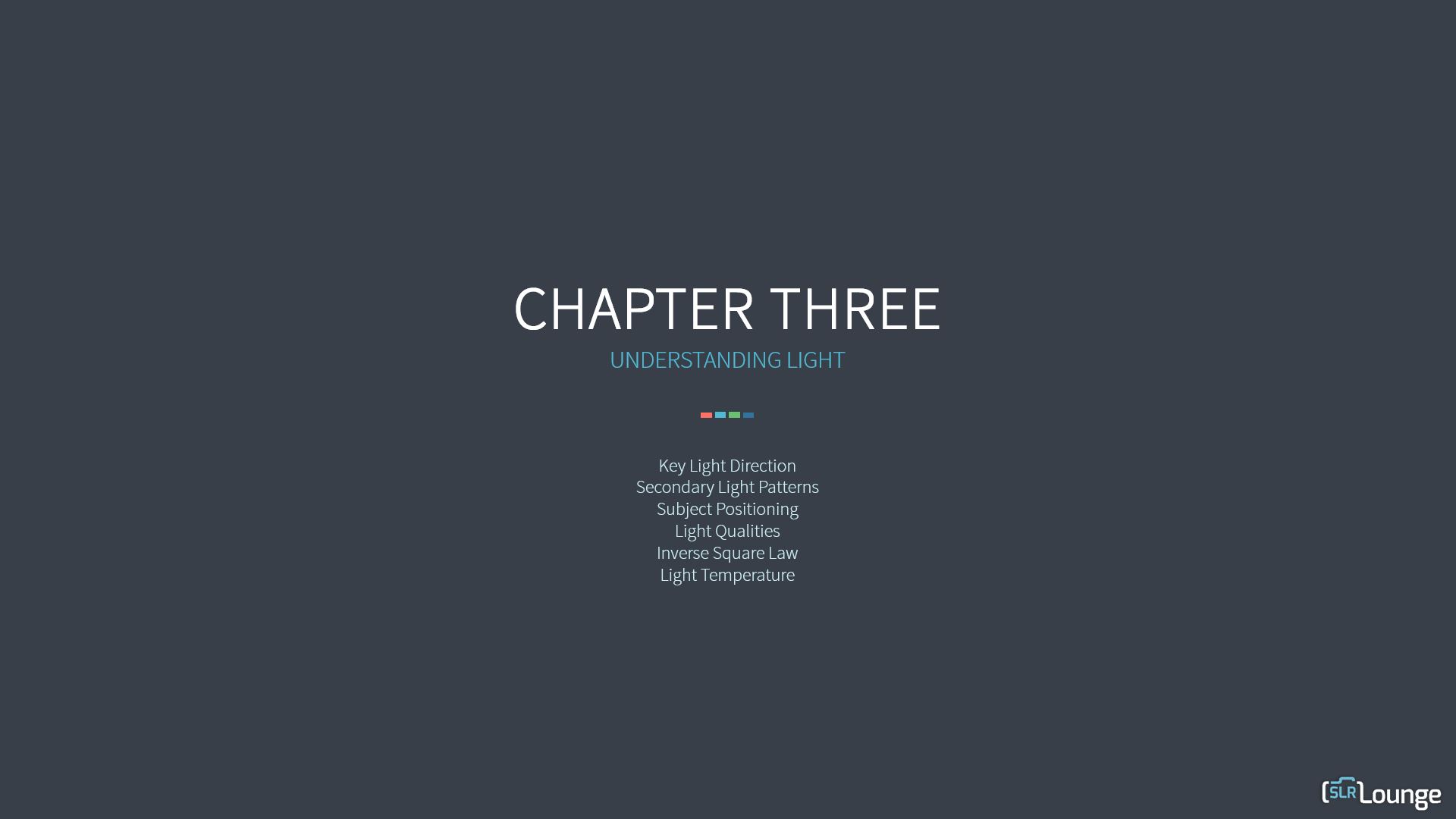 We’re going to go into secondary lighting patterns, we’re also going to show the differences between non-diffused versus diffused key lighting patterns. We’re going to cover subject positioning in relation to where the light is coming from. We’re also going to discuss light qualities and how to change between soft versus hard, and diffused versus specular types of light. We’re going to move and talk about the Inverse Square Law, and I know this law is like so, we don’t want to learn this, but it’s really not that difficult.

We’re going to talk about how it works and then show you how it works in practice. Not only will you understand the math of it, you’ll actually understand the real world applications and principles, which is totally more important than the math. We’re going to get into, after that, corrective white balance versus creative white balance, and talk about the details in between.