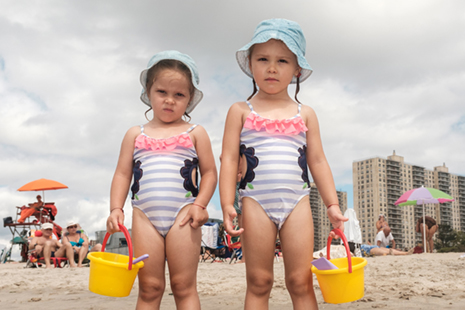 The status of women photographers has faced much scrutiny over the past two years, posing the question as to why women lack adequate representation if they make up a little more than half of the photography population. We are seeing an increase of women photographers in the fashion industry after a major paradigm shift following the #metoo and #timesup movements and organizations like Women Photograph were founded to provide women photojournalists with more opportunities.

Street photography is another heavy hitting genre that has been predominantly comprised of men. In a groundbreaking exhibition, Women Street Photographers is showcasing the incredible work of 75 women street photographers from around the world in New York City.

The gallery is curated by Gulnara Samoilova, a Pulitzer Prize nominated photographer and founder of Women Street Photographers, with the single mission of creating visibility for women who are dedicated street photographers and encouraging them to follow their passion.

Women Street Photographers began as a personal Instagram inventory of images with the intent of a future exhibition and quickly evolved into a platform for women street photographers of all expertise to share their voice. The exhibit is a companion project to their Instagram page with submissions received from photographers responding to the theme of being candidly captured in public and being featured on their page.

The event will also showcase a solo exhibit featuring the work of Brooklyn-based photographer Gisele Duprez. Duprez is a self-taught photographer with a focus on candid moments and the interactions of people. Her work has been featured on many online platforms and she was recently named one of Click Magazine’s 20 Women Changing Photography.

The initiative of Women Street Photographers has gained international attention and continues to gain momentum. Although there is still a lot of work to be done across the field, this in tandem with the increased opportunities currently being offered to women photographers from the likes of other companies presents exciting prospects pertaining to representation and exposure, as well as a more hopeful future.

The Women Street Photographers exhibit is being held in two galleries at El Barrio’s Artspace PS109 in East Harlem and will be on display from December 18, 2018 through January 2, 2019.

Valuable Lessons from Being IN FRONT of the Camera