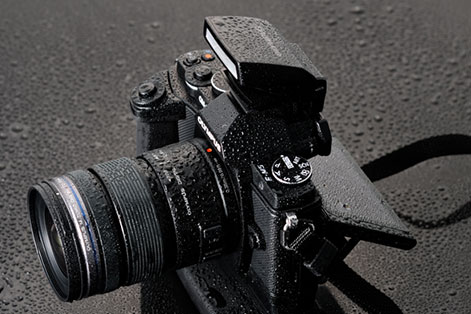 Why the Olympus OM-D is a Paradigm Shift

It’s no secret, I’m a fan of the micro 4/3 camera and I use the GH2 as a professional tool in my fashion and commercial photography work. 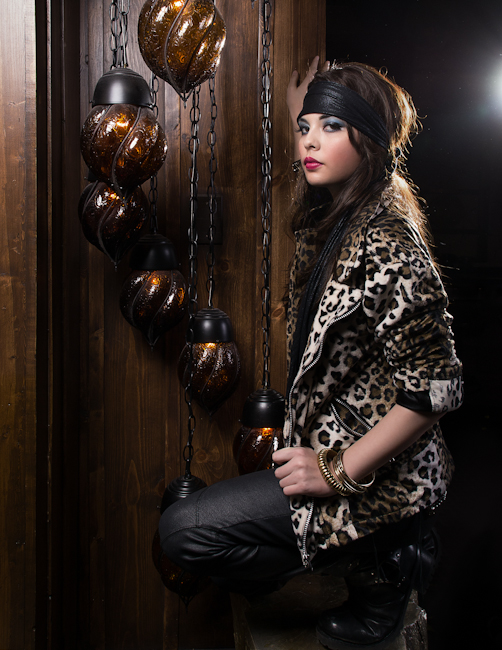 In reality, though, the camera most likely nearest in my horizon is not one of those three. Rather, it is the Olympus OM-D. Not only do I have an existing set of great lenses for it (Olympus 45mm f1.8, Panaleica 25mm f1.4, Olympus 4/3 Zuiko 14-54mm f2.8-3.5, and Panasonic 20mm f1.7), but also because it has gotten to the point that the image quality, performance, autofocusing speed, and features such as battery grip and weathersealing has matched those of its APS-C competitors.

In other words, just as what Kirk Tuck mentions in his article on why the OM-D is making waves, the Olympus OM-D has reached parity.

The market wanted the size reduction. The market wanted the cool lenses. The market wanted fast and sure autofocusing. But they were not willing to give up perceived image quality of existing cameras in exchange for the benefits of the size and weight reduction. When Olympus removed IQ barriers all of the other features were unleashed to become market drivers… [It’s a] cost effective package that, when used well, would create the same kind of results, on paper or on screen, they were getting from a Canon 7D or a Nikon D7000 but in a smaller package with much smaller lenses.

It is definitely one of the primary reasons that the OM-D is just as difficult to obtain as the Nikon D800. It really is back-ordered everywhere! A truckload of pros with very little cons in a small size package.

Even DPReview’s test results and love for the Olympus OM-D was kind of surprising, too. I mean, take a look at their dynamic range chart for the OM-D versus the Nikon D800. 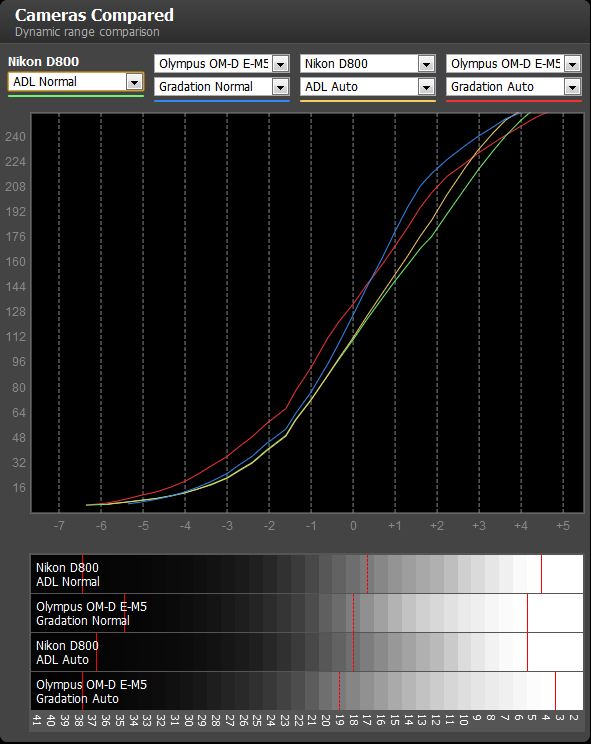 There are a lot of good points in Kirk’s post, but these two paragraphs is probably the important point about the paradigm shift that the OM-D, as well as other high-end mirrorless cameras are bringing:

Once professional photographers catch up they will return to the time honored marketing tradition of selling their personal vision instead of their technical inventory. At that point they’ll consider the same cameras that their hobbyist counterparts are embracing today. And for all the same reasons.

It’s good to remember that in the age of the Nikon F2 and the Canon F1 that the most popular professional photographer tool was the Nikon FM or the Canon AE-1. Both were small, light and capable. Neither were originally aimed at professionals but were quickly adopted for many of the same reasons m4:3rds is in ascendency today: Smaller, lighter, easier to use, cheaper and just as good image quality.

The professional level of photography tends to stay rather conservative, with few daring to change from Canon or Nikons, which is why Sony, Pentax, Fuji, and Olympus have yet to make a sizable dent in that market. The enthusiast and prosumer market, however, are a different story. So do you see the OM-D and similar higher end mirrorless cameras as a replacement for the APS-C DSLRs?

If someone makes a full-frame full-featured mirrorless camera that is smaller than the current full-frame DSLR lines, would you get it?

Be sure to read the rest of Kirk’s post on Why he think the Olympus OM-D, EM-5 is making so many waves.
Stay creative