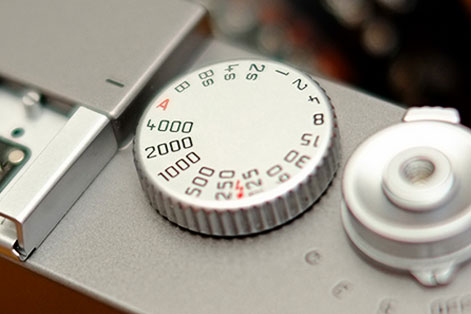 What is Shutter Speed?

In our last article on Explaining Exposure, we talked about how the shutter speed relates to how long a camera’s shutter stays open to let the light in. We used a water faucet as an analogy to understanding shutter speed. The longer it stays open, the more water (light) pours out and fills the cup (of exposure).

Inside a DSLR camera, there are two metal blades called the shutter curtains. They are called curtains because like window curtains, they open and close to let light in. There is a front curtain that slides open vertically to let light hit the sensor and a rear curtain that closes afterwards to block the light. The length of time in which the curtains stay open is known as the shutter speed. 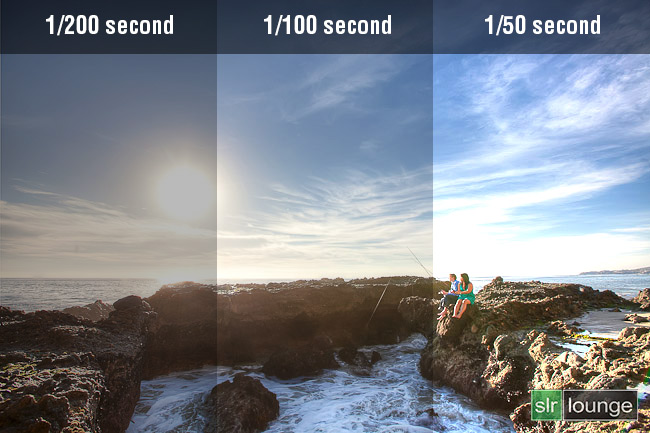 Most cameras also offer a “B” mode or Bulb Mode either on the Mode Dial or at the end of the Shutter Speed selection. This mode is essentially a manual shutter mode, where the shutter curtains will stay open as long as you hold the shutter button down, and will only close when you release that button. Therefore, you can actually leave the shutter open for minutes to even hours if needed.

An example of when you want to use the Bulb Mode is for night sky photography, where you would leave the shutter open for many minutes to record the star trails. The reason you want to do this is because the stars in the night sky emit such a low amount of light that in order for the camera to effectively see it, the shutter must be open for a long time.

The word Bulb actually refers to the old days of photography where the camera shutter is held open by a rubber bulb attached to the camera via a shutter cable. The photographer would squeeze the bulb to keep the shutter open and then would release it to close the shutter.

Besides for dialing in the “proper exposure,” you can use the shutter speed to creatively freeze or show motion. A relatively fast shutter speed freezes motion, which is great when you want to capture someone jumping in the air without creating any motion blur. 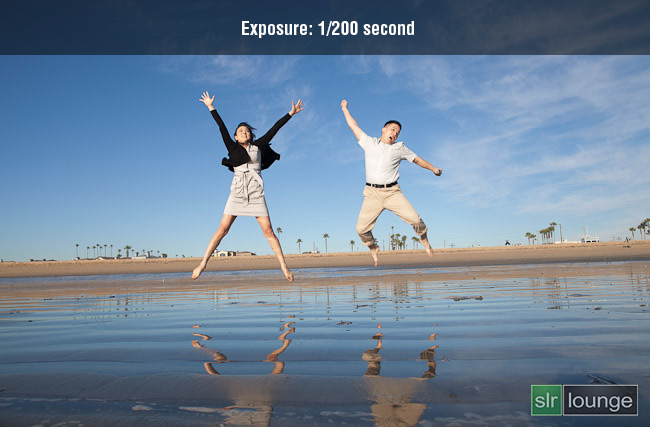 A slower shutter speed is used when you want to convey motion. This gives a sense of dynamic direction and makes the object looks like it is really moving. In the example below, the exposure time is 13 seconds. This made it look like the cars were moving so fast that they were only leaving light trails behind them. 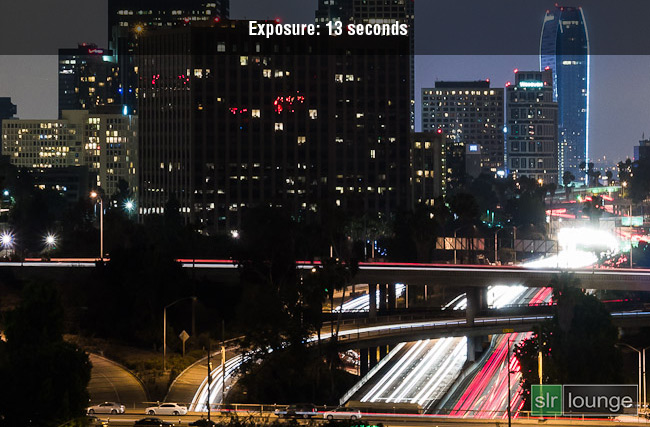 One of the consequences of a slow shutter speed is that the sensor will start to pick up any camera vibrations that can occur while the shutter is open. This tends to happen when you are hand-holding the camera instead of securing it on something more stable like a tripod. There is rule of thumb called the reciprocal rule that states that whatever is your lens’ focal length, that is the slowest shutter speed that you should shoot at without introducing any shaky blur into your shot. So for example, if you are shooting with a 200mm lens, you want your shutter speed to be at least a 1/200 sec or faster.

There are several ways to help you shoot at a slower shutter speed:

So to recap, the shutter speed is the measurement of how long the camera shutter stays open to allow light to hit the sensor. It is measured in fractions of a second up until 1 second and then measured in whole seconds for longer exposures. You use it in conjunction with aperture and ISO in order to get a proper exposure. You also use it as an artistic tool to freeze or convey motion in a photograph.

Finally, if you are using a shutter speed that is a slower value than your lens’s focal length, be sure to stabilize your camera in order to minimize unwanted blur.