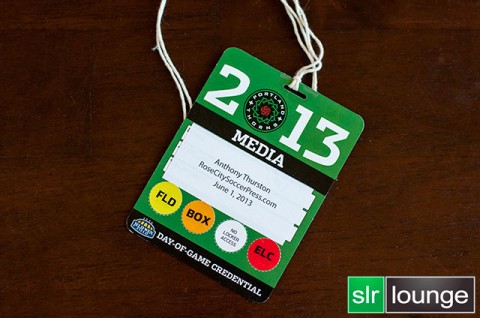 If you have been reading SLR Lounge at all for the last few month you would know that I am primarily a sports shooter. The majority of that sports shooting though was mainly high school and youth sporting events, all while dreaming of the opportunity to make it onto the sideline of a professional sporting event.

Well, this last weekend my dreams were realized and I was able to get sideline access shooting a match at Jeld-Wen Field; Home of the Portland Thorns FC. In this article I am going to go through my experience and share with you what I learned about shooting sports in a professional setting. 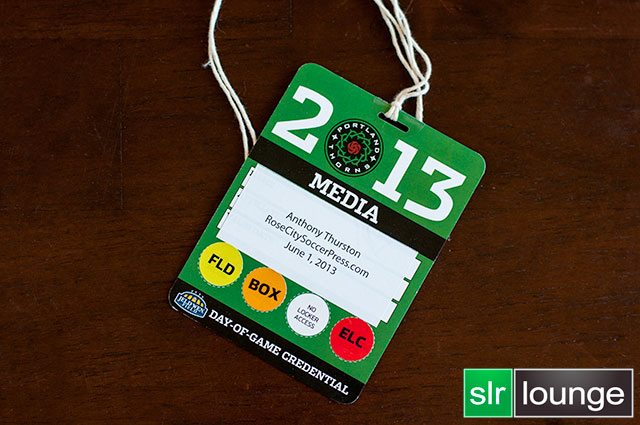 As you most likely know, shooting on the sideline of a professional sports event is a privilege not afforded to many. Unlike High School or Youth Sports you can’t just show up and get permission to shoot. In a professional setting you need a reason to be there, a client you are shooting for or someone you are covering the game for.

In my case I also write a blog that covers soccer in my state. The major point of emphasis for the blog at the moment is the Portland Thorns FC, a member of the NWSL (National Womens Soccer League) and sister organization to the Portland Timbers of the MLS. So I was able to contact the media reps for the Thorns and get media credentials to all of their home games the rest of this season.

Of course it would not always be this simple for most professional sports, men’s leagues are much stricter about who is given access and what you are able to do with said access. But the principle is the same, have a client that needs you to shoot the game request a media credential for you and you may just get lucky enough to get access.

For this shoot I wanted to have options so I went over to Focalpoint Photography, my local camera store, and decided to rent a lens. My entire kit for this shoot was pretty minimal, but as you can see from the results it worked out pretty well. 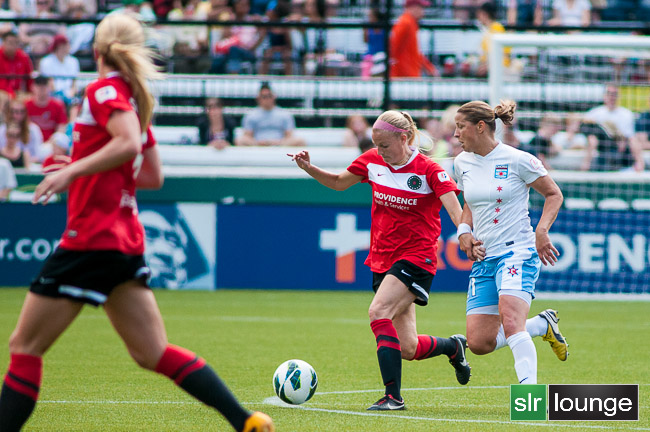 My Kit for This Shoot

The first thing I learned is not something that I really learned, but was more of a realization. Shooting professional sports is not all that different from shooting high school or youth sports, the athletes are bigger, the crowds are bigger, the lights are bigger, but the principles remain the same. In fact I would argue that shooting pro sports is easier than shooting youth or high school sports. The players have been doing their thing for a long time, to make it to the pro level they have to be incredibly talented and as such they are much more predictable – making shooting those players much easier than say a youth t-ball game. 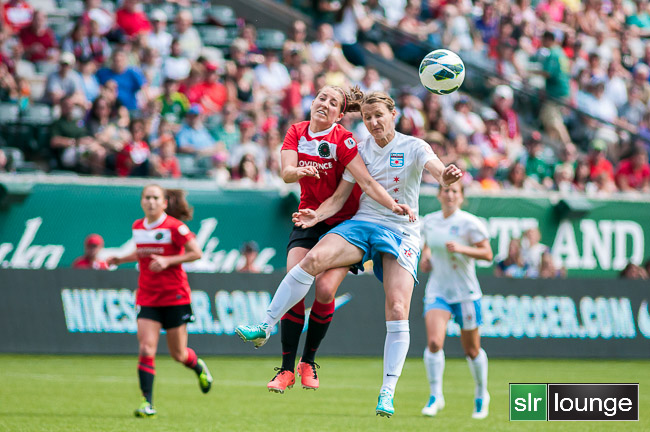 The next thing is that just because the match is a professional one, does not mean that the sun/light is going to cooperate. Part of shooting sports is knowing how to get the best results possible with the lighting available. In my case this weekend the match was at 2pm in the afternoon, not exactly the best time of day to be shooting in direct sunlight for any situation. But I was able to pull from my experiences shooting softball in direct sunlight of the last few months to still get some good shots out of a situation with lighting that was anything but ideal.

Photographers at these events come from all backgrounds and skill levels.  You have the obviously professional sports shooters, you know they guys carrying around the 600 f5.6 or 300 f2.8 and multiple bodies with a 70-200 and 24-70 – There were about 3 of those at this event. Then you have the more amateur level sports shooters with one body and a 70-200 or 300, this is probably the category where I fit in best and there were about 4 or 5 of us. Then you have the people running around on the sideline with their rebel T2i’s and an 80-300 or some other crazy consumer super zoom, there were about 2 or 3 of those there. 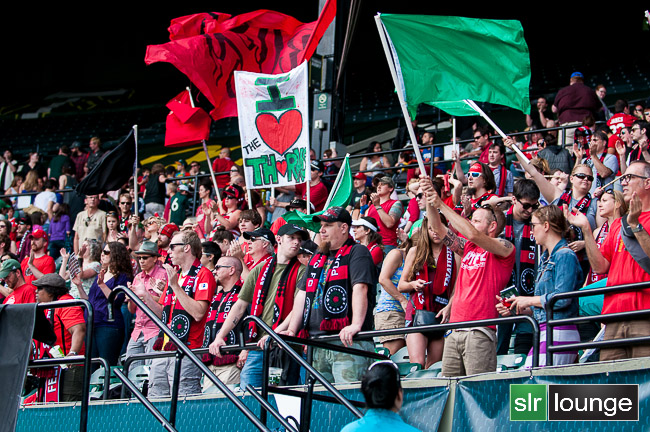 It’s very easy to get caught up in the emotion of the match, or at least it was for me this first time around. The fans in Portland are soccer crazy, even for women’s soccer, and while most cities/teams are happy to get between 3-6,000 fans to a professional women’s soccer match; the Thorns have averaged about 13,000 fans this season, the match I attended this weekend boasted around 12,500 fans. My point is that with thousands of fans cheering it is easy to get caught up in the emotion and miss a shot.

Luckily I was able to stay focused most of the match and only really missed a few things, though this was more due to my ability to quickly realize I was getting caught up in what was happening before it finished and was able to get a shot before it was over. This is definitely one area I plan to work on for my next match, staying focused and not getting distracted by the emotion of what is happening at the match. 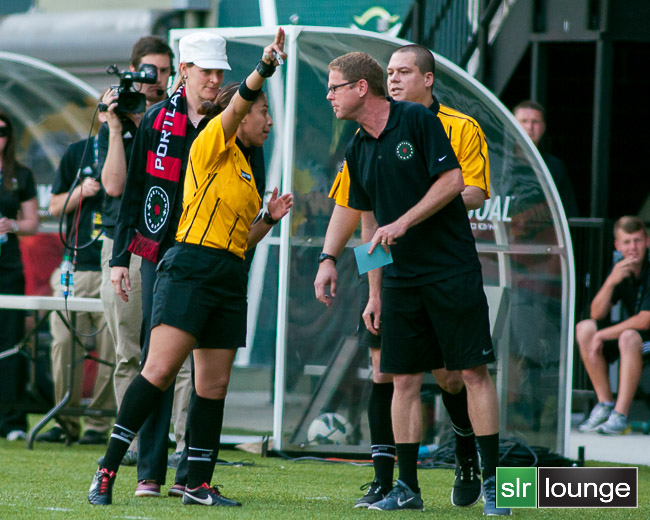 I am not going to sit here and say that I knocked it out of the park, but for my first professional shoot and only my third time ever shooting soccer I think that I did a decent job. I am looking forward to the next match (this Thursday) so that I can take what I have learned and try to get better results.

Another area where I could improve was my framing, many of my shots are dead center “bulls eye”. It’s easy to use the excuse that it’s hard to frame creatively in sports; but the fact is that it’s very easy to do as long as you are constantly thinking ahead and anticipating when things are going to happen so you can be ready with the correct framing on the shot. This is definitely something I am going to be working on during the next match. 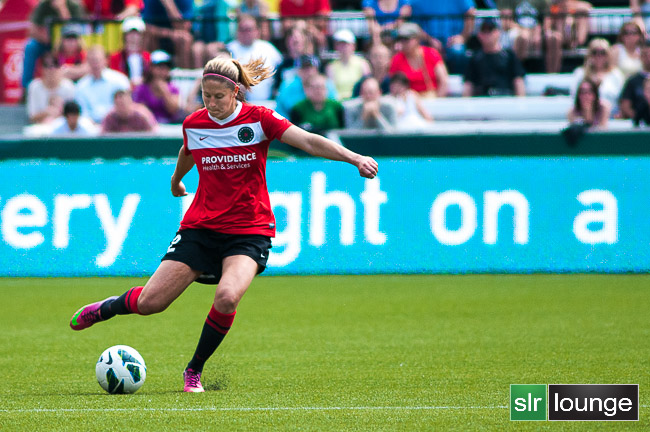 I have sprinkled a few of my favorite shots throughout this post, but if you are curious and would like to see the entirety of my shoot you can check out my set on Flickr – feel free to critique and give feedback, I would love to hear about what I could have done better.

Anyways, I hope that this has been helpful to those of you who like me have been striving to make it onto the professional event sideline. Maybe it will inspire you to get out and try for something that you may not have thought was possible. I certainly never thought I was actually going to be granted sideline access, but I took the chance and it paid off. So get out there and give it a shot, you may end up pleasantly surprised!

Build Your Own ‘Still Life’ Folding Table for around $30