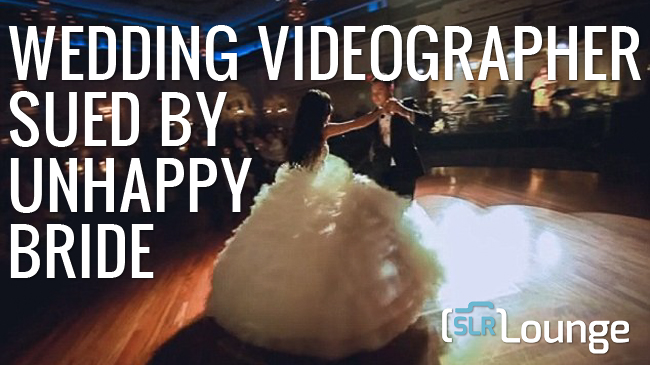 Monica Nikchemny, 26, said in her Brooklyn Supreme Court lawsuit that wedding videographer, Visualaz, ruined all her beautiful memories with weird sound effects and fake applause tracks, almost causing her to have a nervous breakdown.

According to court documents, Nickchemny, the owner of Monica’s Bridal in Brooklyn, paid $12,750 to Visualez in August 2011 to produce a wedding video and a “love story” that would be played for the wedding guests at the reception. She is seeking an additional $72,000 in damages and a total of $122,000 have been claimed in the suit.

Nickchemny also claims that Visualez wanted the husband to wear women’s clothes as part of a proposed story line; missed the signing of the Jewish marriage contract and various toasts; failed to provide a promised camera crane, four digital cameramen, and a Russian-speaking videographer and; turned over an incomplete film filled with ridiculous sound effects. Nickchemny explains:

When I was watching my wedding video it sounded like I was watching an episode of ‘Seinfeld’ with the sound effects in the background. I was hysterical. I almost had a nervous breakdown.

When asked to comment, Boshoer, whose credits include “Wolf of Wall Street,” stated:

We would love to tell our story, but not allowed to make any comments at this time. The cinematography in their video should speak for itself. As soon as this is over I will update everyone.

Adam Kuzik is the founder and owner of Studio 35 Photography + Video based near Calgary, Canada. He is a professional wedding and commercial photographer as well as an industry educator. Website: studio35photo.ca Adam’s Facebook: AKPhotoCanada Studio 35’s Facebook: Studio35Photography