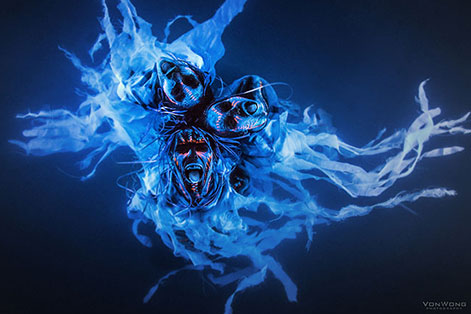 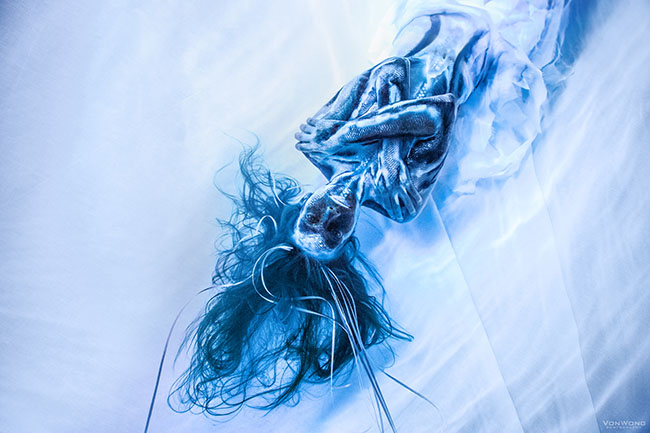 No stranger to epic photoshoots like his Underwater Realm shoot or Medieval shoot, Benjamin Von Wong new conceptual project, What Lurks Beneath, is simply out of this world. Benjamin shot all of his creatures in an indoor swimming pool and lit them with only black light. This combination posed some serious technical and logistical challenges for the intrepid photographer.

For the camera choice, Ben ended up choosing the Nikon D4 because of its super-clean high ISO performance in low light for both stills and video. Shooting black light is tricky because it emits very little luminance. In fact, the indoor swimming pool that Ben used had to have all of its doors and windows completely sealed off from any ambient light.

Ben also wanted to suspend the D4 over the swimming pool to capture his images from overhead, so he used a Kessler Crane Pocket Jib to rig the D4 over the water and an Ikan D5 HDMI monitor to frame his shots. 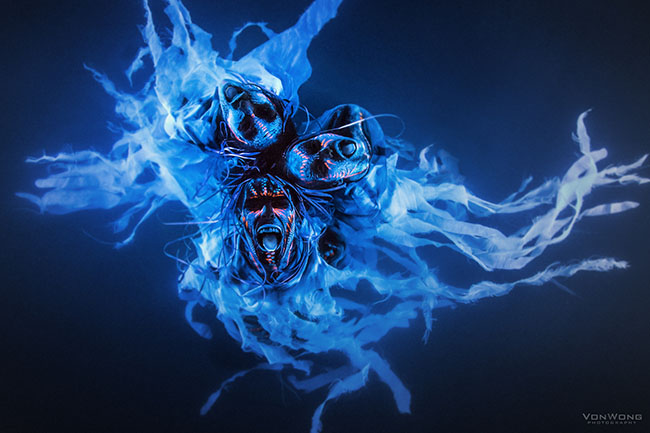 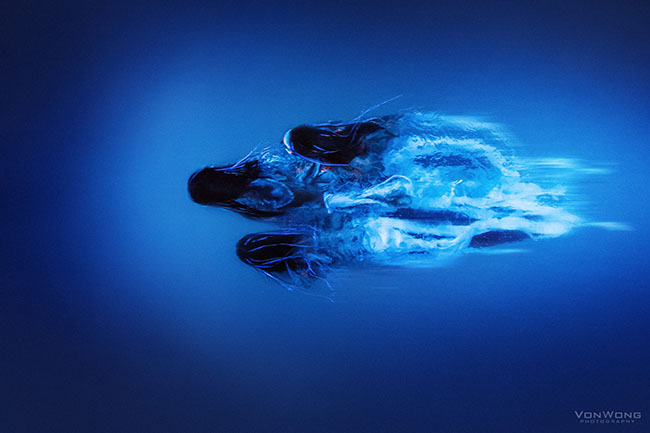 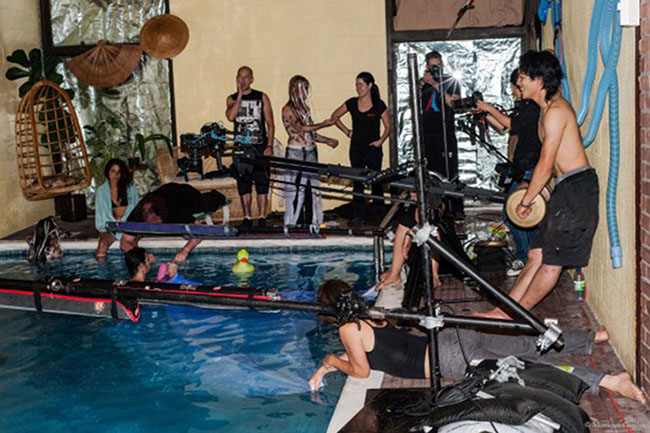 Introduction to the Lightroom 4 A - Z Training DVD