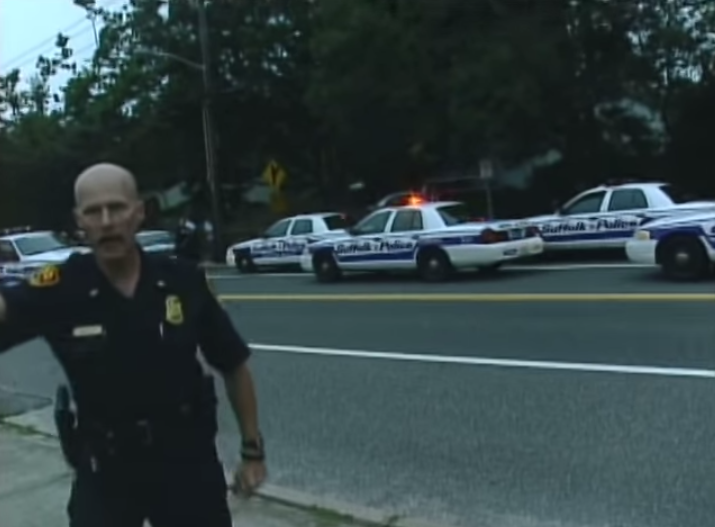 In 2011, freelance news videographer Philip Datz filmed his own arrest as he was on the scene of a police crime scene. He was standing on public property, near other bystanders, wearing a press credential and filming for a local TV broadcast, when an officer approached him and ordered him to “go away.” When Datz asked where he could stand to continue filming, the officer said, “no place,” and threatened to arrest him. Datz moved further down the street, but continued to film and was arrested and charged with “misdemeanor obstruction of governmental administration.”

The case was later dismissed by prosecutors and the police commissioner ordered his department to take media relations training. Datz then sued the Suffolk County Police Department and was awarded a $200,000 settlement this week. In addition, the SCPD will provide an ongoing training program for their officers to protect “the constitutional right of the public and press to observe, photograph and record police activity in locations open to the public.”

Though the terms of the settlement include that Suffolk County and the SCPD admit to no wrongdoing, Datz is happy with the settlement, and in a statement posted by the NPPA, states,  “This settlement is a victory for the First Amendment and for the public good. When police arrest journalists just for doing their job, it creates a chilling effect that jeopardizes everyone’s ability to stay informed about important news in their community.”

Here is the video, posted on NewsCenterNY’s Youtube Page: