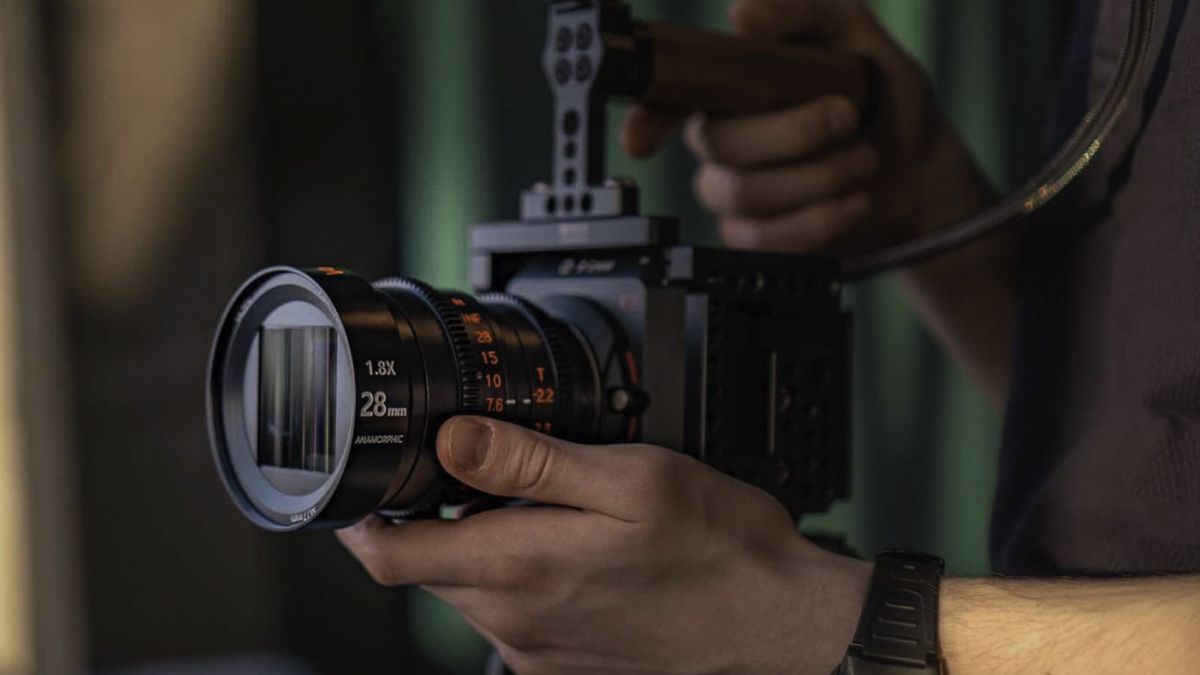 Vazen has announced the pricing and shipping availability of its new 28mm t/2.2 1.8x Anamorphic Lens for Micro Four Thirds (M43) cameras. Vazen had previously launched the 40mm t/2 back in Cinegear 2019. The new 28mm is the 2nd member and the widest of their 1.8x anamorphic line-up. The whole set will contain 3 focal lengths (28mm, 40mm and 65mm), and the 65mm is expected to be out in a few months.

Unlike the 40mm, the new Vazen 28mm features a super compact and lightweight design. Weighing merely 1.59 pounds (0.72kg), it is currently the world’s lightest 1.8x anamorphic lens. Its compactness allows the lens to be used on gimbals or even handheld shooting without a rig. The lens is designed with a 77mm front filter thread for installing ND filters or diopters easily. The entire lens is built up of aluminum and the independent aperture and focus rings are incorporated with 0.8 mod cine gears.

All the Vazen 1.8x anamorphic lenses feature a front anamorphic design. It delivers a buttery smooth oval bokeh, signature blue, but not over saturated, horizontal flare, and the widescreen cinematic look. The lens delivered outstanding sharpness, even wide open, which is unmatched by other anamorphic lenses with the similar squeeze ratio. Similar to other wide anamorphic lenses, the 28mm delivers a relatively cleaner image than its 40mm counterpart and the coming 65mm is expected to have the strongest anamorphic ‘character’.

Vazen chose to adopt a much more complicated 1.8x squeeze design instead of the 1.33x as it creates a much more cinematic look. The 1.8x also produces a cinematic widescreen 2.39:1 aspect ratio to your image when capturing with 4:3 ratio sensors like Panasonic GH5 and Z-cam E2.

It also works with the new 2.8k anamorphic mode on Blackmagic Pocket4k or capture open gate via an external monitor. The lens features a ultra-wide 72° horizontal field of view. The closest focusing distance is 2.7” from sensor. 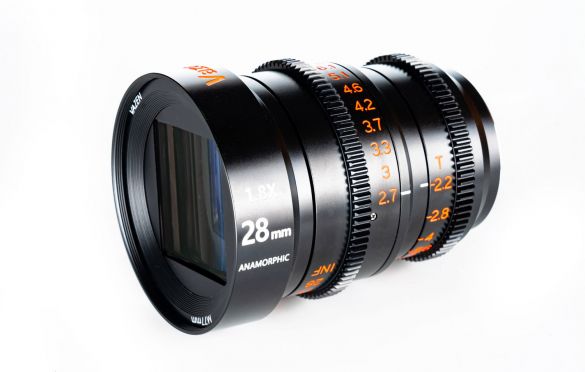 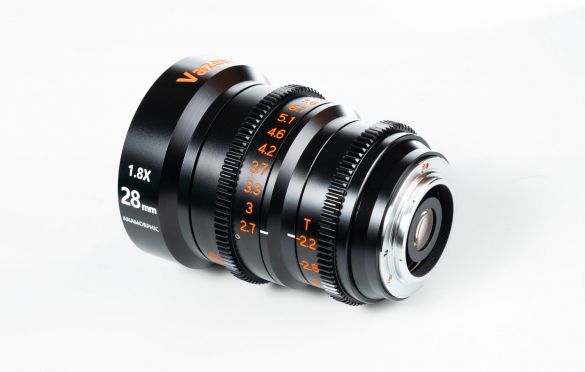 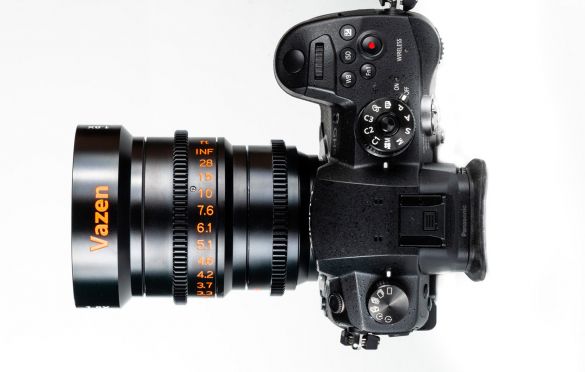 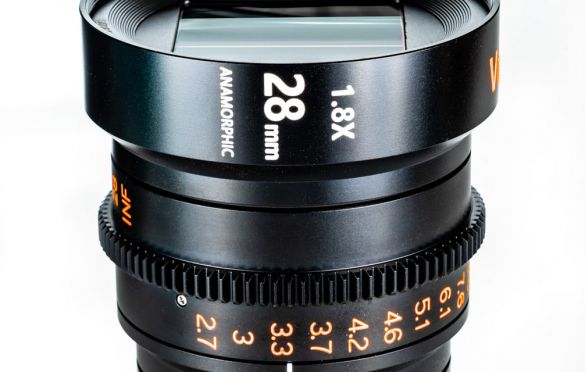 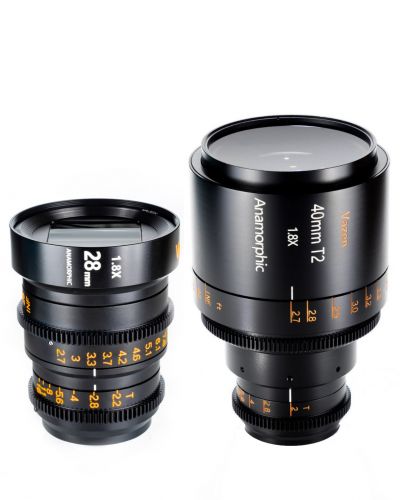 The lens is currently available from authorized resellers and it’s available to ship immediately with a retail price of $3,250. You can get a $400 discount from Vazen if you buy the 40mm with the 28mm lens as a combo!