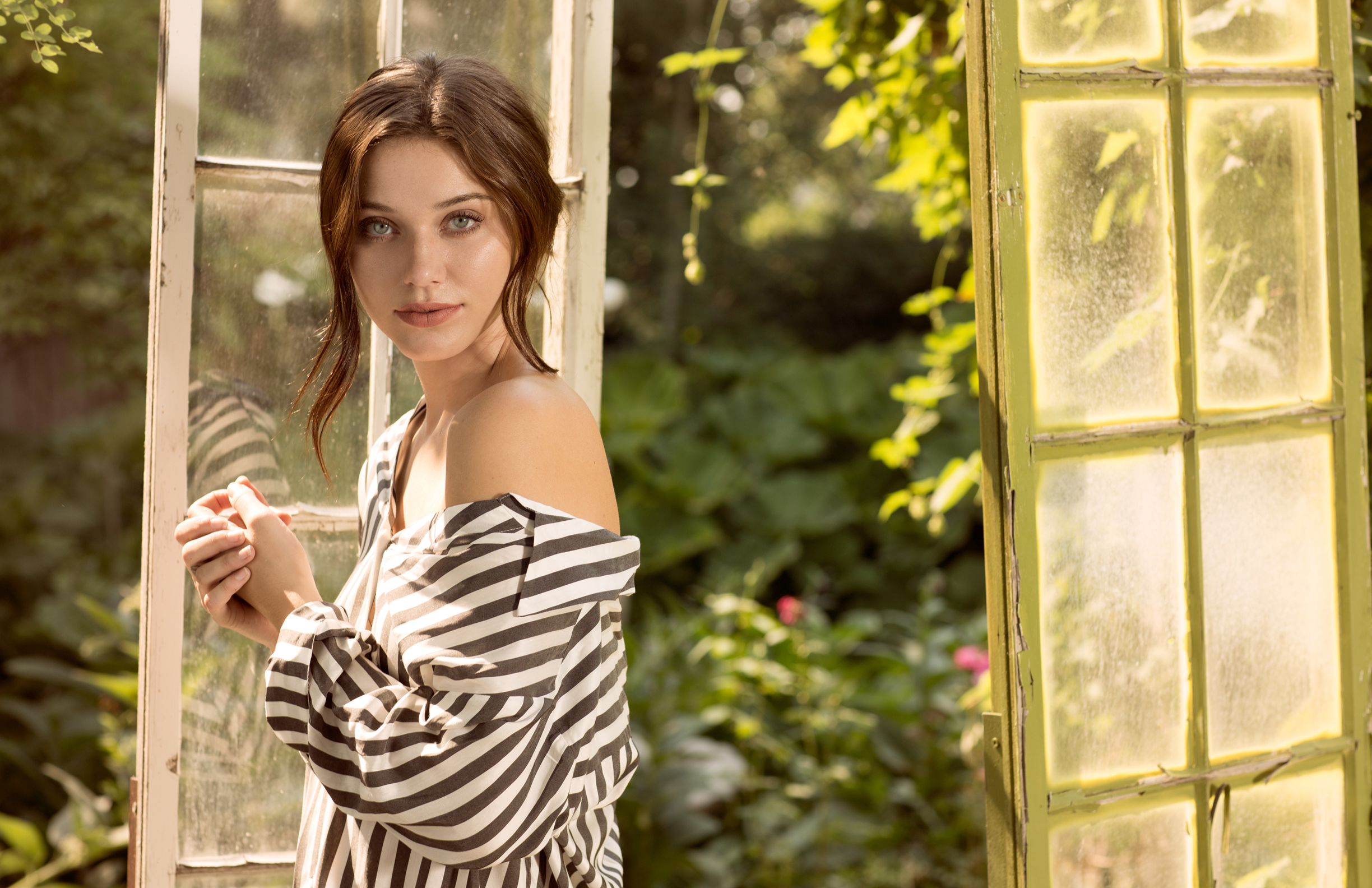 The dark room with its amber lights and smell of fixer mixed with the sound of a water bath and Paul Oakenfold’s “Starry Eyed Surprise” on repeat lingering in the background made for the most relaxing and therapeutic environment in college. Using photography as a release, self expression and a form of healing is a major factor of why I fell in love with it to begin with.

The past year was dedicated to laboriously curating a portfolio that is worthy of attracting the necessary attention in hopes of taking the next big step and get to the next big thing. Hours were spent combing through a body of work that was executed with proper technicality and had a convoluted sensation of needing something more; it fell frustratingly short and something was missing. That something was a piece of me.

[REWIND: Using Natural Highlights & Shadows to Create a Mood | How I Shot It]

This revelation didn’t hit home until a few months of gluing the pieces back together after a personal rough patch, although it felt more like a desert of quick sand at the time. Lying before me were the pieces of a heart that shattered after the ‘Big D’, a falling out with a mentor and the experience with a fashion photographer who fell short of their admiration in real life. The result was the wall of trust tumbling down faster than #45 would like to construct his. 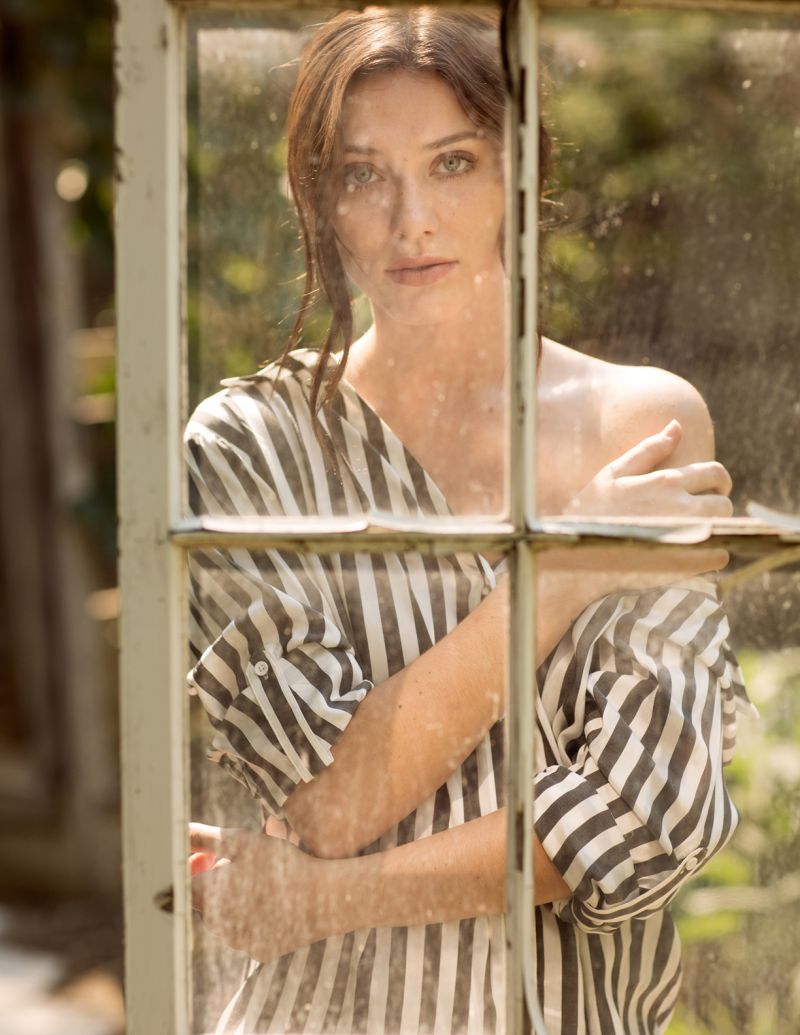 Somewhere along the way emotions were either bottled up or blatantly ignored in exchange for playing by the rules while coping and pretending everything was fabulous. Ironically it’s the breaking of these confines that differentiates and launches careers. A temporary and slightly overwhelming sensation of being lost formed after failing gloriously and ominously loomed overhead like a giant raincloud awaiting a relentless downpour.

It took acknowledging these emotions and feeling their ferocity to confidently build two solid legs with which to stand again. These innermost neglected thoughts are what facilitate a connection that resonates. For the first time in a long time, a desire swept over to channel these emotions back into the art and use a personal chapter to inspire a fashion story.

Christine was the only model who came to mind in regard to casting as she had been a first-hand witness to these events and was therefore able to take my direction and properly mirror the emotions. She also had that sought after European flare with New York City experience to elevate the entire concept.

The original plan was to capture it in Paradise Valley, Montana up until a relentless fire season accompanied by suffocating smoke and even worse visibility broke out in full fury. The location was only a minor detail in the planning that didn’t pan out. A delay in shipping forced the shoot to be pushed back a few calendar days and the result was the loss of an entire creative team.

All of these obstacles made for the perfect reasoning to cancel the photoshoot and regroup, which I would have done had it been any other circumstance. My story of persevering and overcoming the odds had to be told and it was the most therapeutic moment of my adult life.

A popular wedding venue was called upon the night before the shoot and it wasn’t until scouting the location that everything clicked into place. The garden backdrop was the perfect visual element to represent rebuilding and blooming again and it was also a great canvas to accompany the feminine floral garments that had already been pulled. Additionally, a friend was passing through from Toronto and as luck would have it she packed her makeup kit. 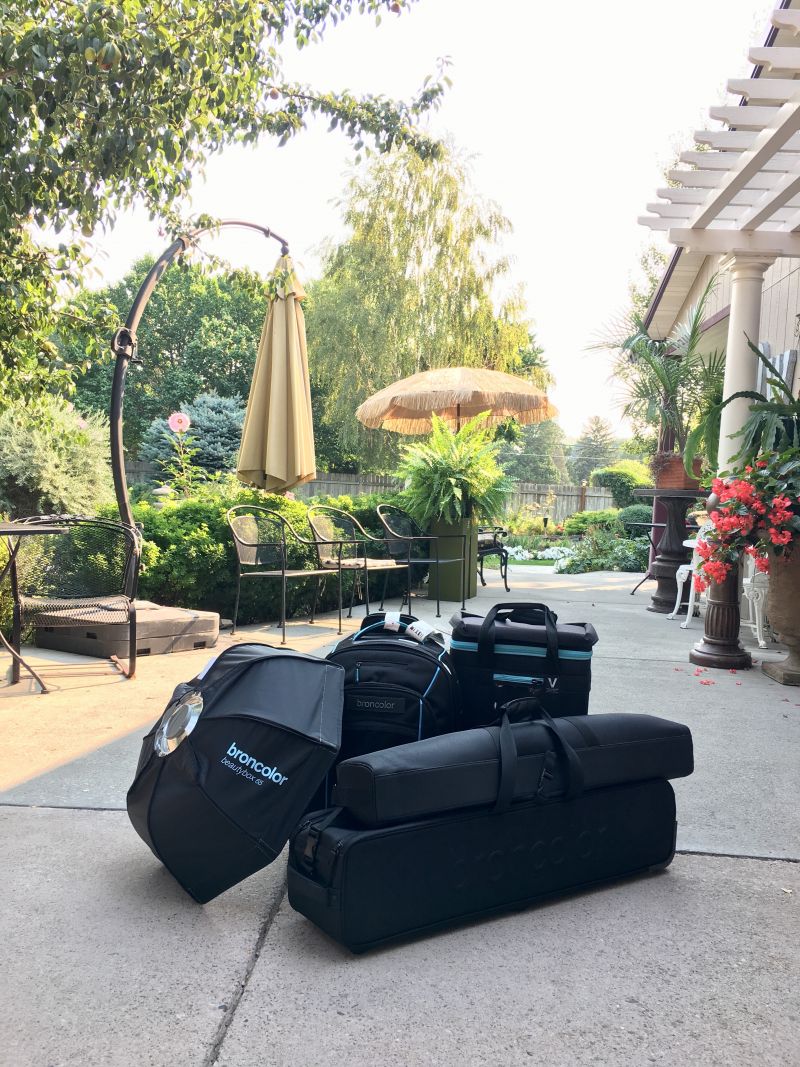 The orange skies and 100 degree heat posed as a worthy adversary, one that was easily combatted with the use of Broncolor studio lighting set at approximately a quarter of its power outdoors. The plan was to combine the artificial light with the existing light and use them as a way to compliment each other and establish the overall mood of the shoot.

The Broncolor Scoro and Para 88 with focusing rod was the only gear used and it provided a number of different looks. My assistant and I would balance the exposure and adjust the focus of the light within the Para as we moved around the garden. Christine stayed in the air-conditioned bridal suite and kept hydrated until the settings were dialed in as a safety precaution. 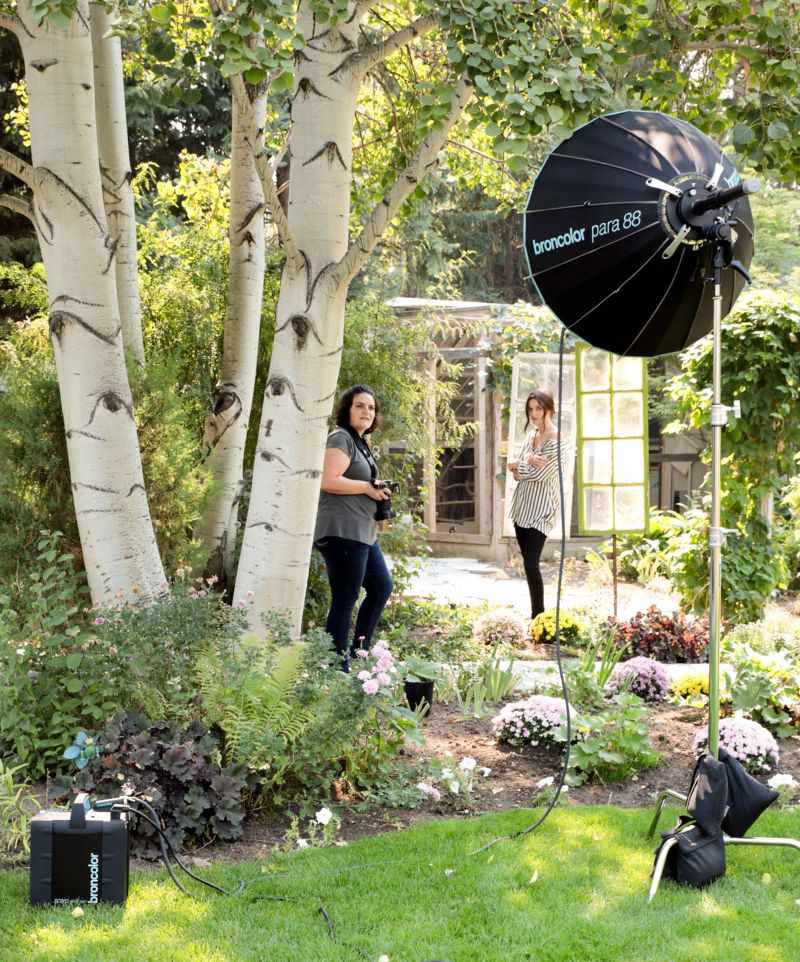 Yasmin created a makeup look that was effortlessly natural, easy to build upon and seamlessly transformed to a beautiful dewy look with bolder lips in accordance with the stronger outfits.

Wardrobe was finalized ahead of time and used to establish a shot list in accordance to each garden location and the various emotions planned for each location. The first looks of simplicity were paired with raw vulnerability and transitioned to a more confident presence that were every bit as soft and feminine as they were strong. 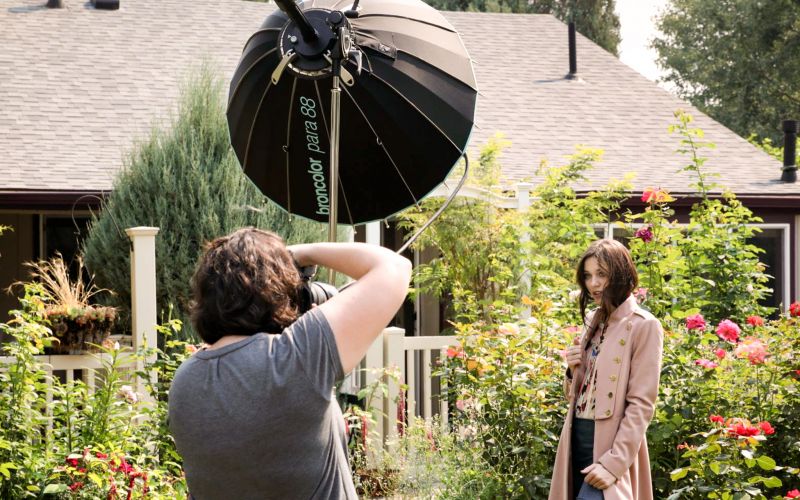 The delicate dance of balance between Christine and the lens was a harmonious blend of give and take that progressed into a gentle crescendo throughout the shoot. A strong connection developed and made directing Christine into position effortless by use of subtle movements which kept the poses from feeling stiff and rigid. The ability to communicate by mirroring each other without uttering a word is incredibly beautiful.

My personal chapter and the attached emotions blossomed into a fashion story with an elegant feminine flare that was worthy of being shared. The artistic pairing and feeding off of each other’s energy is what made the story come to life and set my heart free.

The channeling of emotions into art has been an outlet for artists as long as history has recorded it. This practice develops a passionate voice of vulnerability that fuels an authentic body of work.

It used to be a running joke that photography was cheaper than therapy with each new purchase and business venture. All joking aside, there is an immense amount of strength in embracing the vulnerabilities and recognizing that sometimes an additional source of support is needed. Photography can be a healing form of art that challenges the artist and shatters barriers by means of self expression.

Learning to emote as a photographer makes it easier to direct a model and achieve the overall mood of a shoot. Channeling these energies, both positive and negative, in a healthy way requires bravery and nurtures a body of work like nothing else can. Owning your truth is powerful and freeing.

Also drop by my website to view other fashion editorials that were conducted with a similar approach. 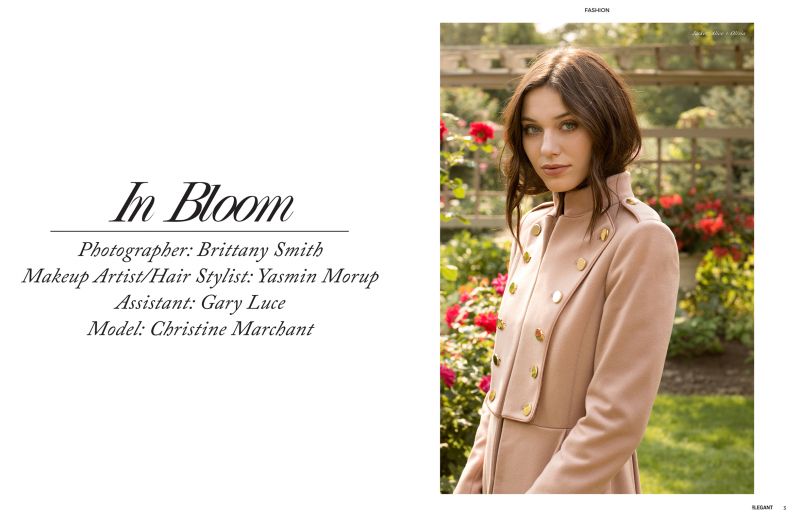 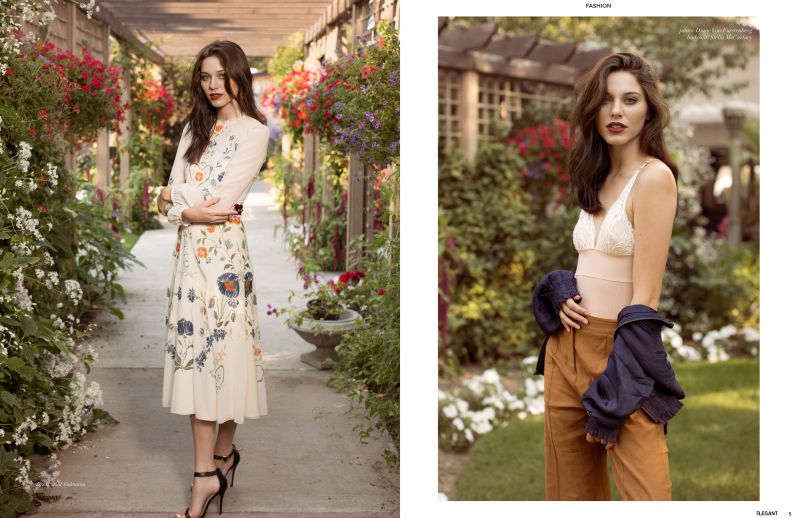 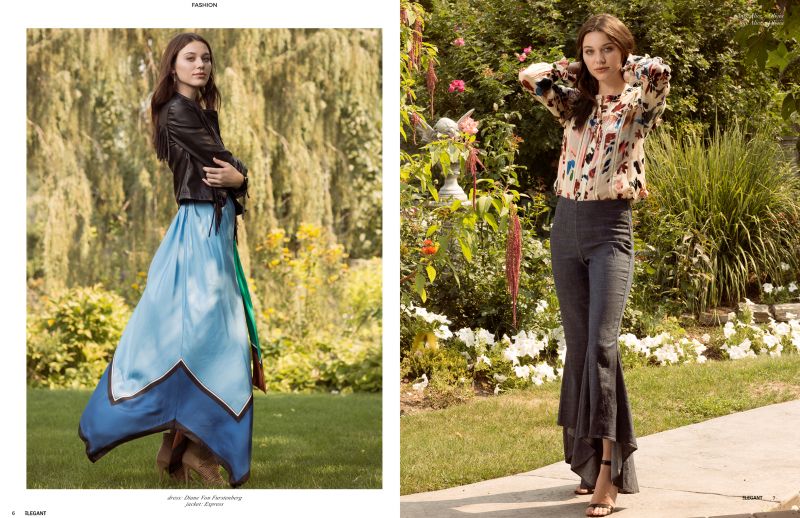 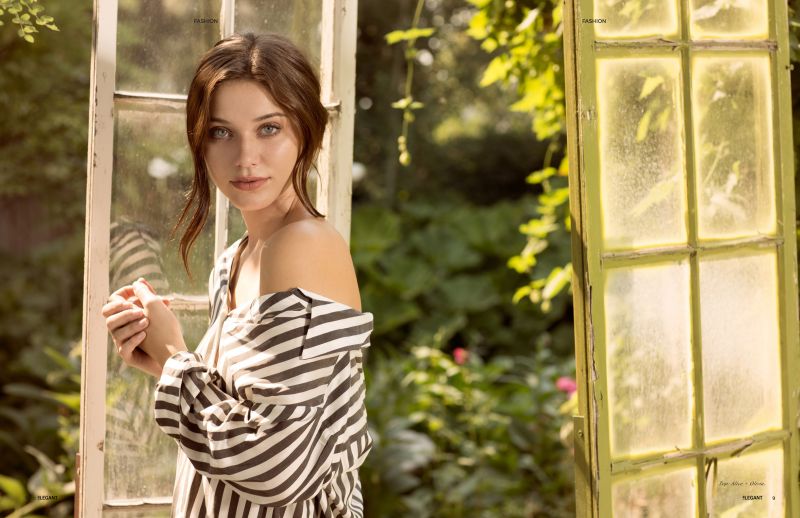 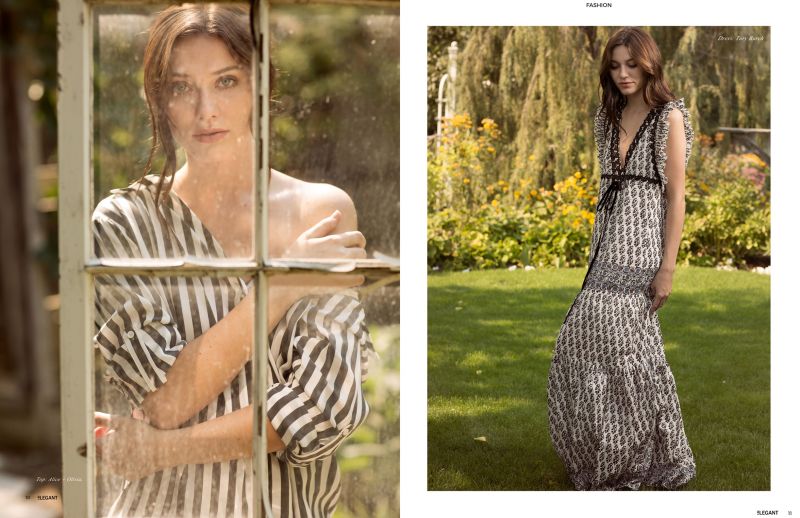 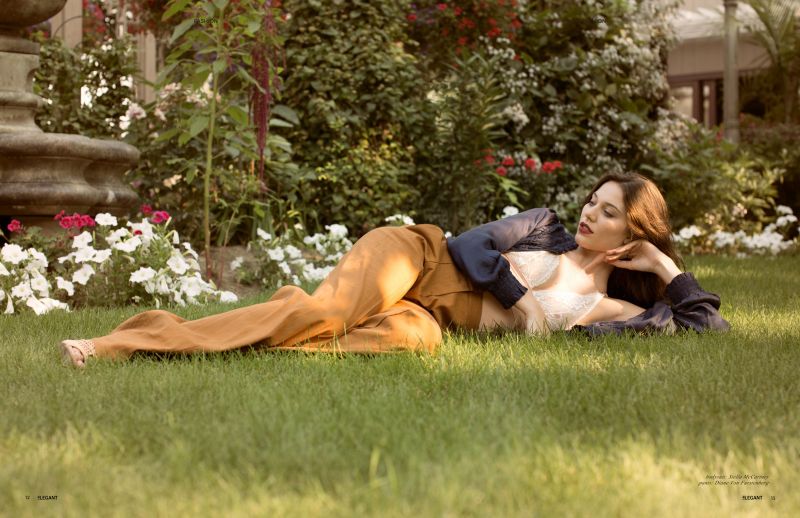 Should You Give Clients Raw Files? 5 Things to Consider Before You Do