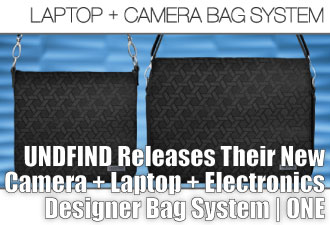 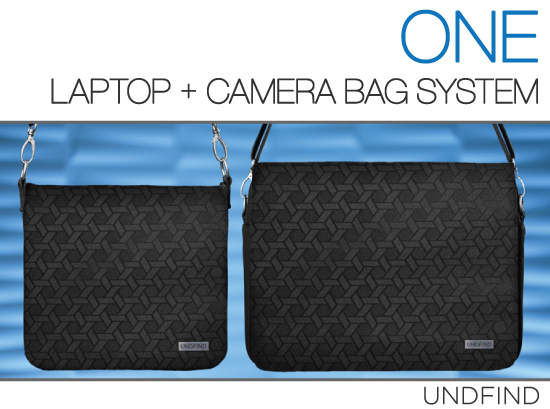 This past month, UNDFIND gave me the opportunity to create their Kickstarter video and commercial short for their brand new designer camera, laptop and electronics bag system called ONE. Below is the full Kickstarter video that I created for them.

Today, the entire Kickstarter campaign has gone live and pre-ordering the ONE System is now possible. To visit the UNDFIND ONE System Kickstarter Page Click Here.

Now, let me start off by saying there is nothing like the ONE System currently on the market. It is lightweight designer bag that can serve practically any function, that is in addition to looking great that is. The ONE System has removable covers allowing users to change and customize its appearance.

But, here comes the best part. Currently, those that pre-order the system on Kickstarter are going to get the entire system for up to 40% off its projected retail price. So, don’t take my word for it. Check it out for yourself!

Below is the short 45 second web commercial short.

Throughout this week, we are going to be releasing some of our behind the scenes videos to show you guys just how I created their video and Kickstarter campaign. Enjoy!

Book, DVD, Workshop or School. Which is Best and Why?